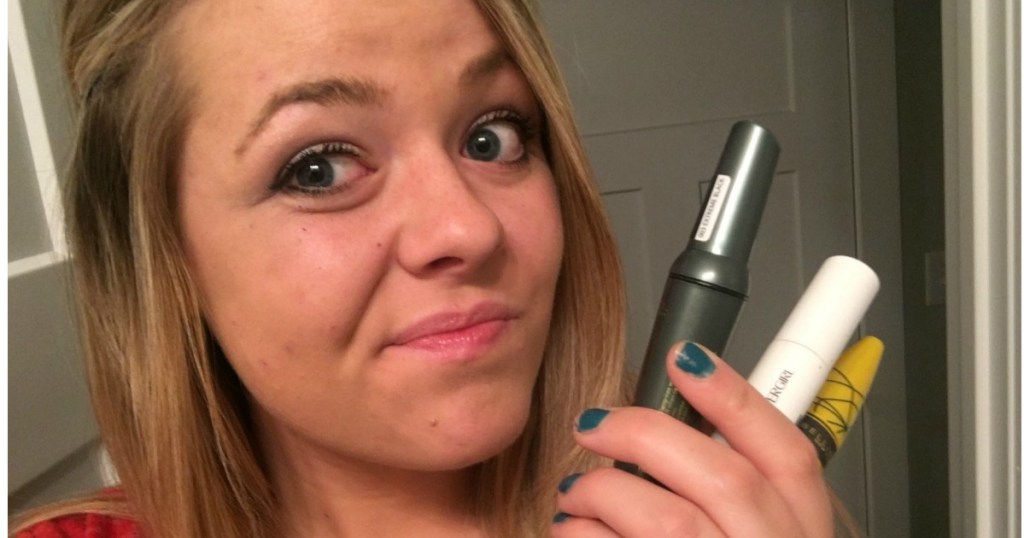 Hello everyone! It’s Jessica, one of Collin’s sidekicks!

I’ve never been one to spend loads of money on expensive makeup. In fact, I hadn’t ever set foot in a Sephora (or even an Ulta) until last year! EEEK! 😬

My makeup has always come from drugstores – primarily Target or Walmart, and I’ve been pretty happy with it. I do have to say that I’ve found my fair share of products that absolutely do not work for me, though! Even paying just $6 for a mascara is a waste of money if that mascara just clumps your lashes together. So on that note, I’m going to share with you the three mascaras that I will NOT be buying ever again…

Maybelline The Colossal Spider Effect Mascara: (I paid $5.73 at Walmart)

From the second I pulled the brush out of the mascara tube, I was apprehensive. This is one of those rubber-spiked brushes, but it also has a very odd shape that gets thinner at the end. The issue with this design is that there is so much mascara deposited onto the end that you can’t even see the spikes. This meant that as soon as I swiped it onto my lashes there was SO much clumping. The short spikes did nothing to separate my lashes, and basically just acted as a tool to scoop up the mascara and use it to glue my lashes together. Plus, there was a lot of flaking, as shown in the photo above.

I couldn’t figure out why they called it the “Spider Effect” mascara until I realized that spiders have 8 legs, and that’s about how many lashes it looked like I had after using this. Eight big and thick clumps of lashes… 🕷

Finally! A mascara that won’t clump because you can shake the tube to keep it all fresh! <– That’s what I thought when I purchased this a couple of weeks ago, and boy was I wrong. I do appreciate the idea because I think more can be done to fix the clumping issues that plague most mascaras, but in my opinion this just did not work.

The consistency of this mascara is SO thin and watery – which is what makes it able to get mixed around and “freshened up” when it’s shaken. But all it really does is clump your eyelashes together (though not as bad as the Maybelline Spider Effect mascara) and it takes a lot longer to dry than normal. (I got mascara on the skin below my lower lashes because I blinked a minute after applying this.)

I bet that by “no-clumping” they mean that the actual mascara solution won’t clump since it’s so thin and you can shake it – but your lashes are definitely not spared from the dreaded clumps. 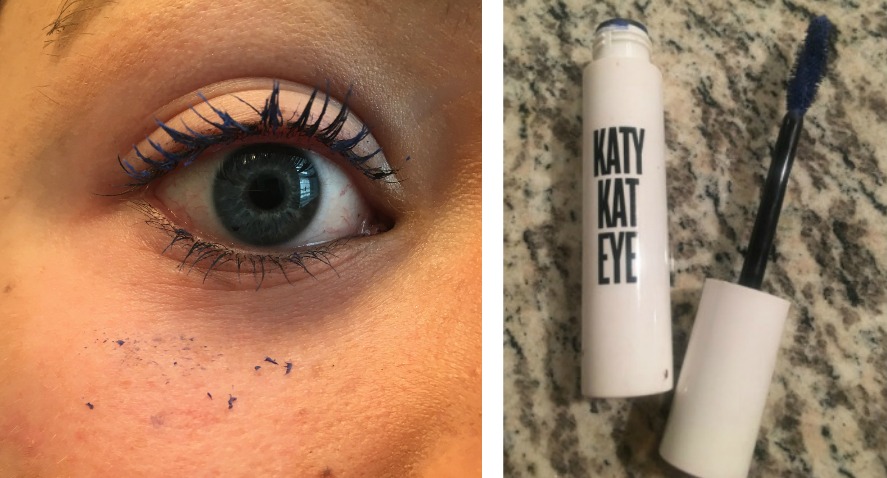 Okay, full disclosure, this one was a White Elephant gift. And for some reason I couldn’t get anyone else to steal it from me. 😉

I honestly didn’t even know that colored mascara was a thing… And I still don’t really understand it because it did not work for me. I have jet black eyelashes naturally, so that’s likely why the blue color didn’t really show up. Two layers of this stuff only resulted in (you guessed it! It’s the word of the day today…) CLUMPS! If I got really close to the mirror I could spot some blue, but it was not noticeable to anyone else.

Apparently adding a white primer to dark lashes before applying a colored mascara can help it to show up, but I wasn’t willing to put so much effort in for a product that I wasn’t a fan of for multiple reasons. Simply applying it left a mess all over my eyelid and bottom lashes, and after only one hour of wearing it, I ended up looking like I had blue freckles thanks to the flaking, and even had some fall into my eye! No thanks!

I want to note that I have nothing against Maybelline, Rimmel or CoverGirl. I have multiple products of each of theirs that I love. In fact, one of my favorite mascaras is Maybelline Full ‘n Soft! (Very minimal clumping, no flaking, and it makes my eyelashes look longer.) And I love this CoverGirl TruBlend Bronzer among other items!

Makeup is different for EVERYONE.

I have products that I swear by that my sister can’t stand simply because she has a different eye shape and skin type and style! So I completely understand that while these mascaras did not work for me, they could work fine for someone else. I personally love to read reviews before buying anything, so I thought it would be helpful to share my experience – especially with anyone who frequently buys drugstore makeup.

If you want a great mascara to try, head here to read about Kimberly’s Favorite Non-Clumping Mascara!

Here’s How I Save Big When Booking an Airbnb Rental!