Waste of Money Wednesday! I Will NEVER Buy This Nintendo Product Again, Ever!

I have to admit that I had a really hard time coming up with something to feature in this week’s post – I even went so far as to call Collin to ask her for some suggestions as I knew I must have complained about something not working for me in the past weeks or months. So she asked, “Don’t you have any item you have purchased and regretted later? Deodorant, toothpaste, workout gear, shoes, kitchen appliances, electronics…?”

As soon as she said the word electronics, it hit me! 💡

I completely and totally regret purchasing the Nintendo Entertainment System: NES Classic Edition. Yes, I am a child of the 80’s so I understand the excitement that surrounded the release of this classic system last holiday season.

I was 9 years old when Nintendo released their game console in 1985 and I have very vivid memories of playing Super Mario Brothers with my sisters. So – when I heard that Nintendo was releasing this system last holiday season, I became obsessed with snagging one of these systems for my own children (and for myself too if I am being honest!). And I was lucky enough to grab one on Amazon last November just in time for Christmas.

And this is where the excitement ends! As soon as we set up the console, I realized that the cord was way too short – like seriously short, like maybe 20 inches long. HUH?! In fact, it is so short that you really have to stand right next to the TV to play any of the games. 😱 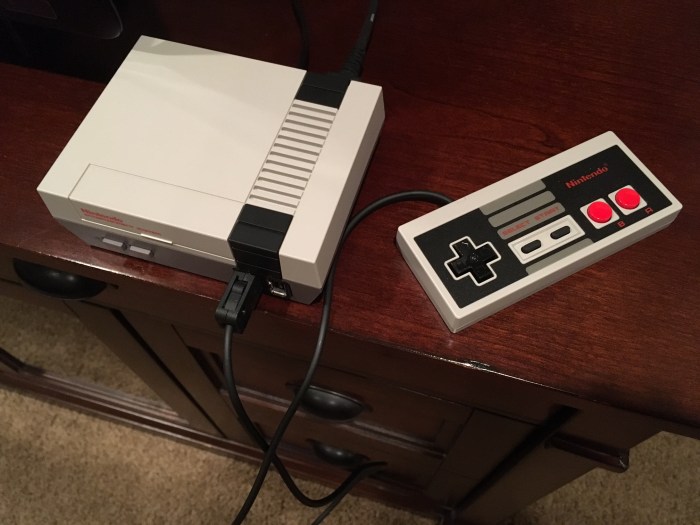 And although some of the pre-installed games are fun like Super Mario Bros, Donkey Kong and PAC-MAN, the fun ends when you are trying to play the game with a 10 inch cord. Needless to say, this system now resides in a drawer in our living room and has not seen daylight in 9 months. 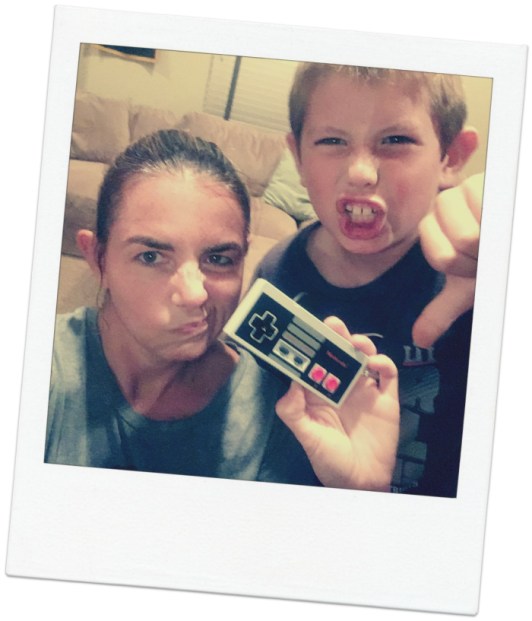 Aside from the issues with the system, I am also really embarrassed that I got caught up in all the Nintendo craziness and hype last holiday season and apparently, I am not alone! As I was writing up this post, I did check out some of the reviews on Amazon as I wanted to see if anyone else could relate to my disappointment and I just had to share this one:

What is wrong with you, Nintendo? Surely you knew that these consoles would have caused a major uproar. You knew what you were doing. It’s like, you took us out on a first date, turned out to be the tall, handsome guy with a smile that made us say, “Oh my god,” and talked with us until 3 in the morning, only to give us an incredible kiss at the end of the evening, making us believe in love again, making our hearts beat with hot red gushing blood, making us stay awake all night so that we were useless the rest of the weekend, and then we never saw you again. You left us breathless with want as we tried in vain to harass the employees of Best Buy, WalMart, Game Stop and Target. These poor employees saw us coming, 30-something year olds, some of us dragging whiny children through the aisles, some of us bleary eyed and slack jawed, clutching bottles of water and our purses like we were in the desert, sweat on our brow as we fought the other disgruntled customers, only to find out that, “Nope, we’re sold out. We only received six consoles.”

Did you see our other Waste of Money Wednesday posts: