How to Get Perfectly Cooked Meat and Veggies Every Single Time… 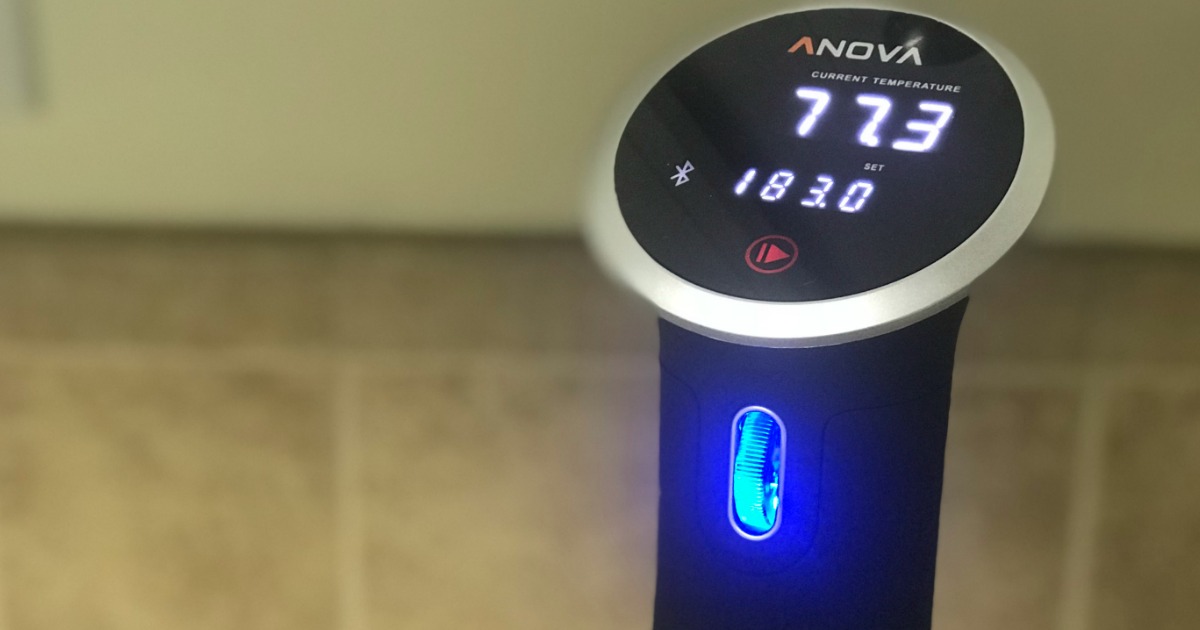 Hey all! Kimberly here from the Hip2Save team!

If you’re like me and have a busy schedule and a family you need to cook for, your life is about to change forever! While I thought I would never find a kitchen gadget I love as much as my KitchenAid Stand Mixer, I have found a fierce competitor!

First, let me say that I LOVE to cook! However, as a single mom of four kids who homeschools and works full-time, it’s often hard for me to find the time to cook healthy meals. 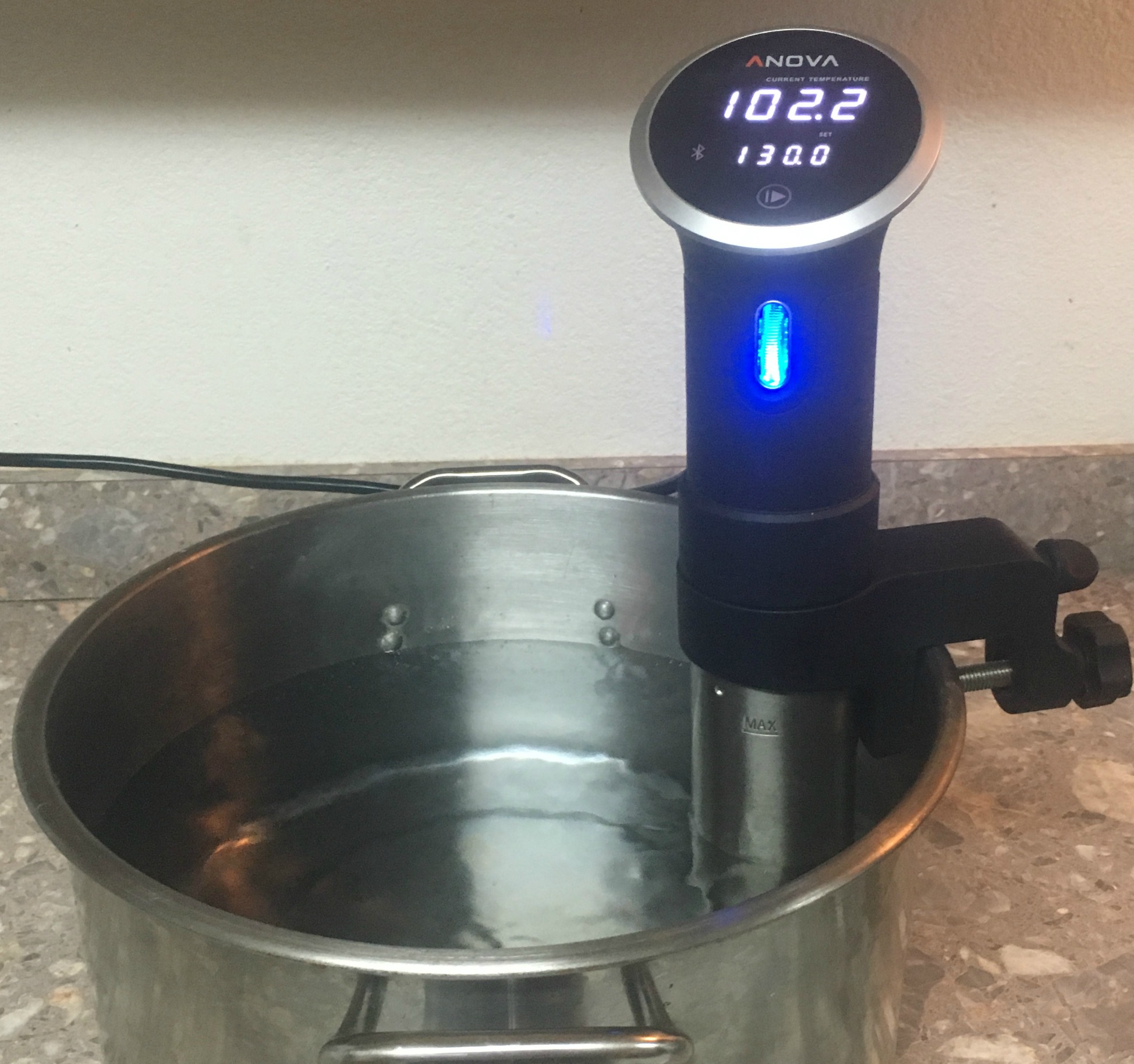 I thought when I got two Instant Pots this past holiday season they were going to be the miracle I needed… they were NOT. I pretty much only use them now to cook potatoes. 🙄 I have a sneaking suspicion I’m not the only one.

Fast forward a couple months when my life was forever changed and the Anova Sous Vide Precision Cooker was introduced to me. You guys, this weird looking cooking gadget has saved my life!

If you struggle with cooking anything, especially meat, this is the way to go. You will have tender juicy perfectly cooked steak, meat, poultry, fish, burgers, and veggies every time. The best part is, it’s SUPER EASY!

If you watch much Food Network you will likely hear about cooking using a Sous Vide at some point because this wonderful little gadget is not only used by me, but it’s also used by some of the world’s top chefs! 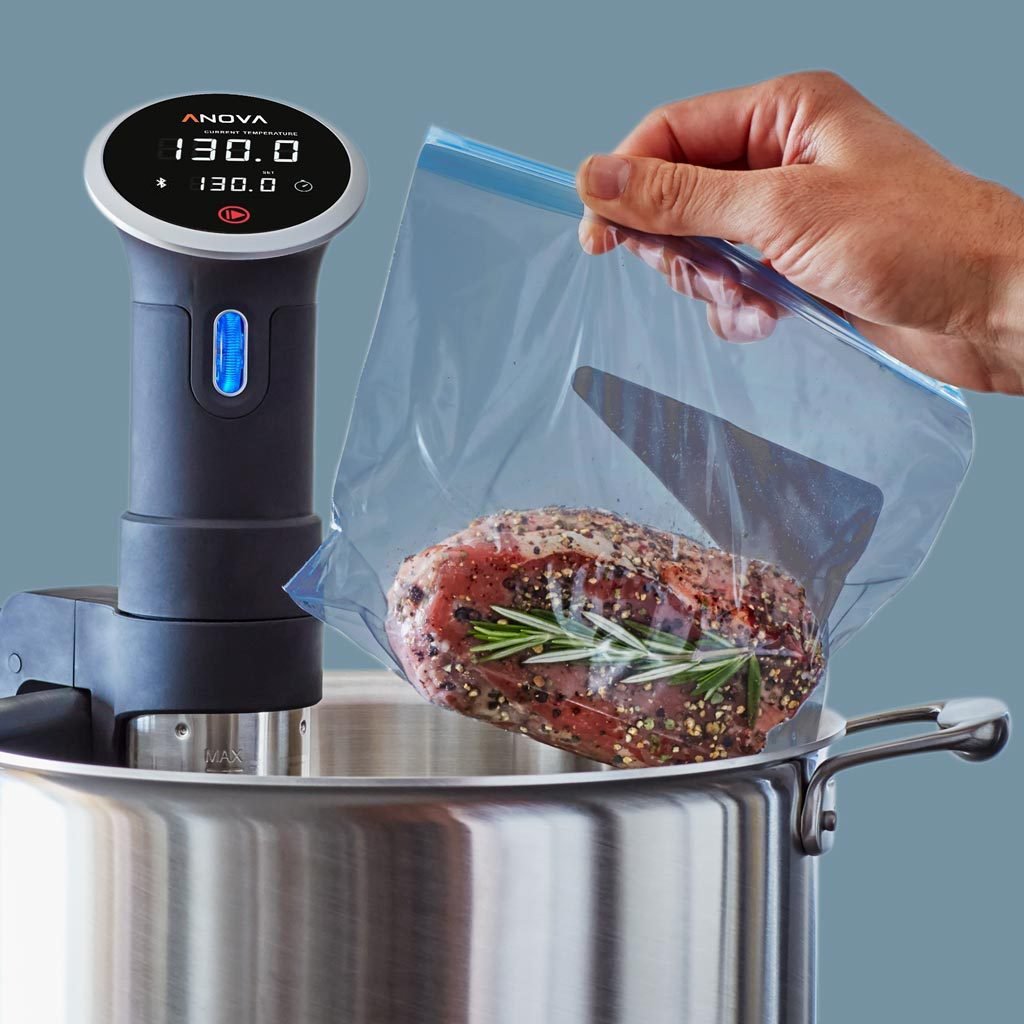 How does it work?

The Anova Sous Vide Precision Cooker circulates water around the pot preventing any hot or cool spots from forming in the water which ensures that your food is cooked throughout at a perfectly even temperature. Just set the temperature on the Sous Vide device itself or on your phone using the Anova app for iOS or Android.

The Anova app is great as you can quickly look up cooking temperatures and times for whatever you’re wanting to cook and save it for future reference. It alerts you once the water has reached temperature. It will also alert you once your food is done. 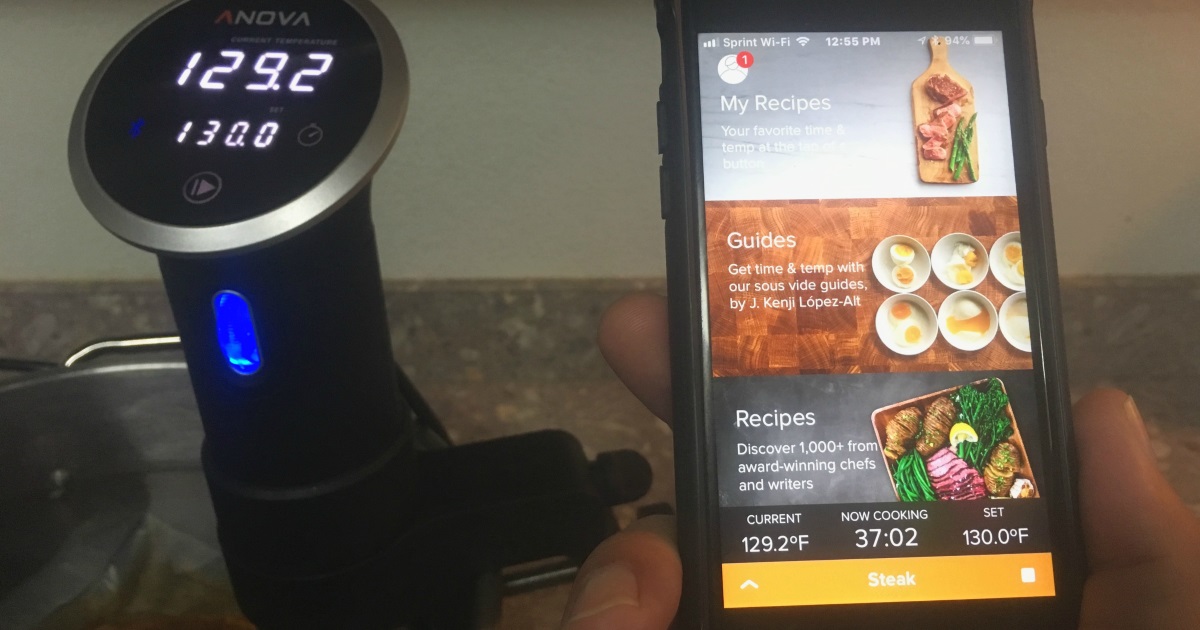 One of the awesome things about the Anova Sous Vide is that although your food is ready when the timer goes off… if one of your kids happens to call because they’ve locked their keys in the car and you have to run out and leave the meat in the Sous Vide for an extra hour and a half or so (yes, this happened to me one night 😂)… it doesn’t overcook!

In addition, the Anova Sous Vide works with virtually any deep pot. You just set the time and temperature using the Anova app (iOS or Android) on your phone or the Sous Vide interface itself.

It’s easy to use!

Just put the food in a re-sealable bag and drop the bag in the water (just be sure to remove as much air from the bag as possible). If you have a food saver vacuum seal system, I have found that to work the best as it really seals in any seasonings you put on your food. Once the timer goes off the food is DONE!

You do need to plan ahead a little, as you need to give the water time to get to temperature and leave time for the meat to sit and cook in the water bath, but other than that, you drop in the meat or veggies and walk away. 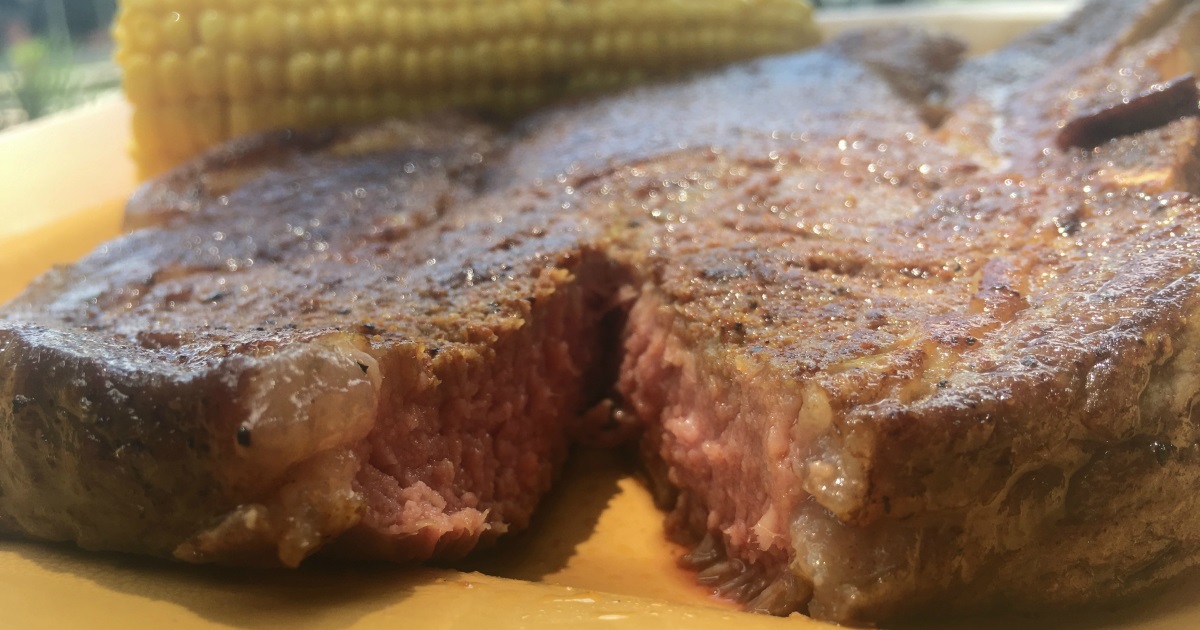 Heads up if you’re cooking meat!

Once the timer on the Sous Vide is done and you pull your meat out, it is fully cooked. However, it looks a little strange as we are all accustomed to seeing our meat browned from either baking, pan searing, or grilling. Once my meat is done, I pull it out of the vacuum sealed bag (any sealed bag will do, but I definitely prefer using a vacuum sealed one), pat it dry, and sear it for about 30-45 seconds on each side in a cast iron pan or on a grill.

This has easily become my favorite way of cooking!

Just a heads up that I was not paid to share my thoughts on the Sous Vide. It’s just a product that I love and wanted to share with you all. These usually run around $109 – $119. I was thrilled to have found one on clearance at Target for only $64.50! If you have to pay full price for one though, it’s worth every penny – in my opinion.

Do any of you cook using a Sous Vide? If so, what do you love about yours? 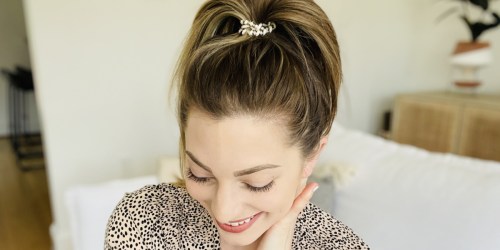 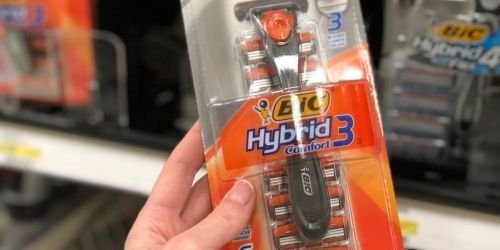