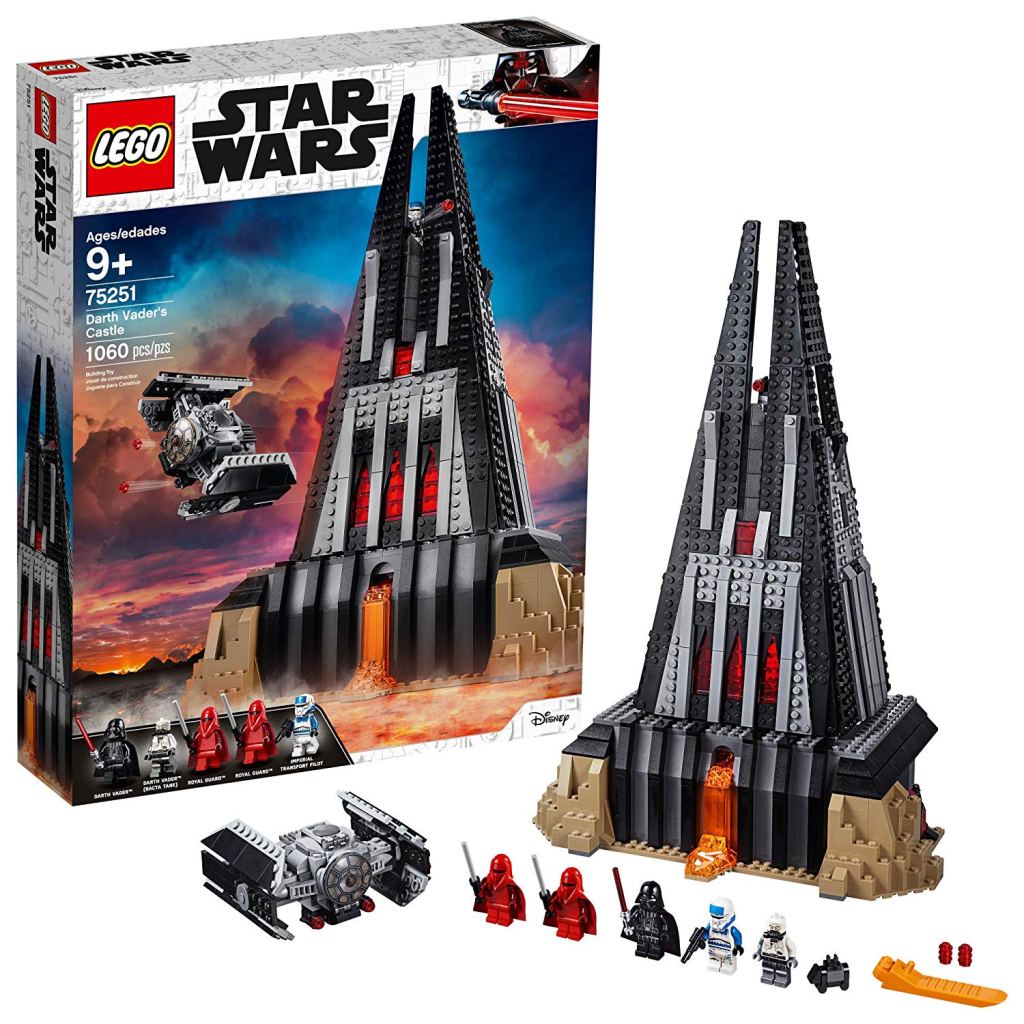 The hangar also houses a buildable TIE Advanced Fighter model with stud shooters and space to sit the Darth Vader LEGO Star Wars minifigure. As well as classic Darth Vader, the set also includes a bacta tank version of the Dark Lord, plus 2 Royal Guards and an Imperial Transport Pilot.

Target has lots of great LEGO sets on sale!