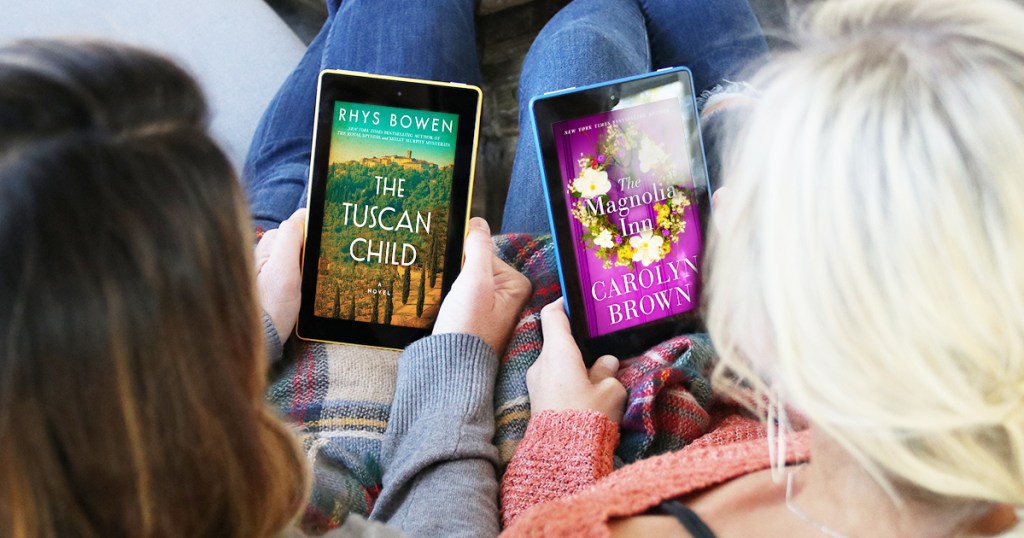 Book worms, you gotta know about this! 📚

Have you heard about Kindle Unlimited? Well right now, for less than a buck, you can have unlimited access to over one million titles available on Amazon Kindle Library for 2 entire months. What a deal! It’s a book binge fest just waiting to happen!

Keep in mind that this offer is only available to new Kindle Unlimited subscribers and will revert to the original $9.99 monthly fee after the 2-month period has ended (but you can cancel at anytime!).

Pair this hot offer with these highly-rated Kindle books below that you can read for free with Kindle Unlimited! 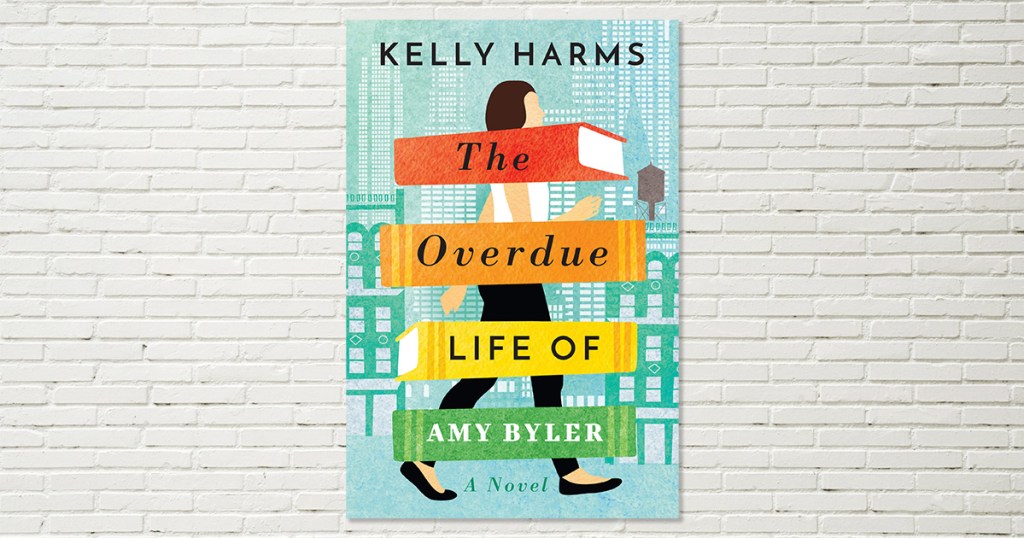 The Overdue Life of Amy Byler by Kelly Harms

This story focuses on Amy, a librarian and single mother finds herself in need to reinvent herself and embarks on a trip to New York City for a “momspringa”. Her journey is punctuated by moments that are very, very funny and also deeply insightful.

“Librarians and book lovers will fall for Amy and the author writes a great light read full of tears, laughter, and charming, relatable characters.” —Library Journal 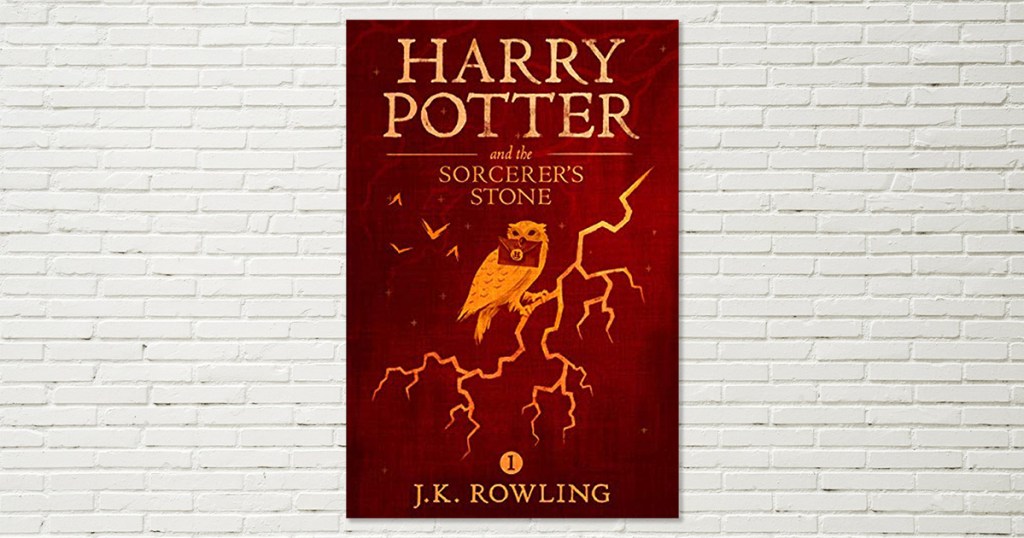 Harry Potter and the Sorcerer’s Stone by J.K. Rowling

The first title in its 7-book series, this beloved wizarding tale has been captivating young and old minds alike. A young boy named Harry receives astonishing news on his 11th birthday—he is a wizard, and he’s just been invited to attend Hogwarts School of Witchcraft and Wizardry.

“This book is captivating from the very first sentence. J.K. Rowling is a very gifted writer and is descriptive enough to be able to transport you to her world without being so wordy that you find yourself losing interest. If you have not read this book yet then read it! You will not be disappointed.” —Amazon review 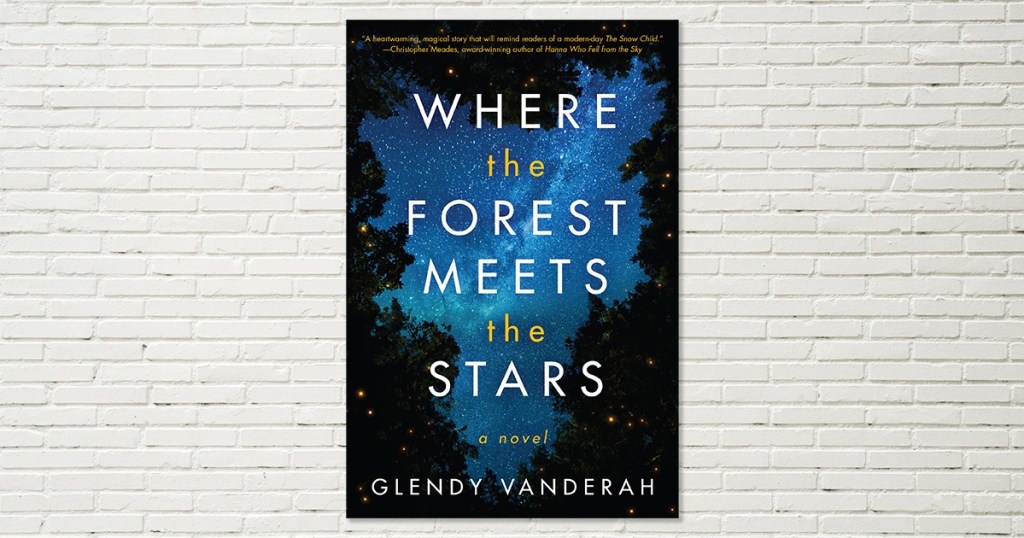 Where the Forest Meets the Stars by Glendy Vanderah

Joanna Teale, after just losing her mother to breast cancer, throws herself into her graduate research when a mysterious girl named Ursa shows up at her doorstep. With the help of her neighbor Gabe, they try to solve the mystery of the charming child, and the three form an incredible bond. Though when painful secrets are forced into the open, their fates will be left to the stars.

“Where the Forest Meets the Stars will grab you from the very first page and surprise you the whole way through. This is an incredibly original, imaginative, and curious story. Glendy Vanderah has managed to create a world that is very real and, yet, entirely out of the ordinary.” —Taylor Jenkins Reid, acclaimed author 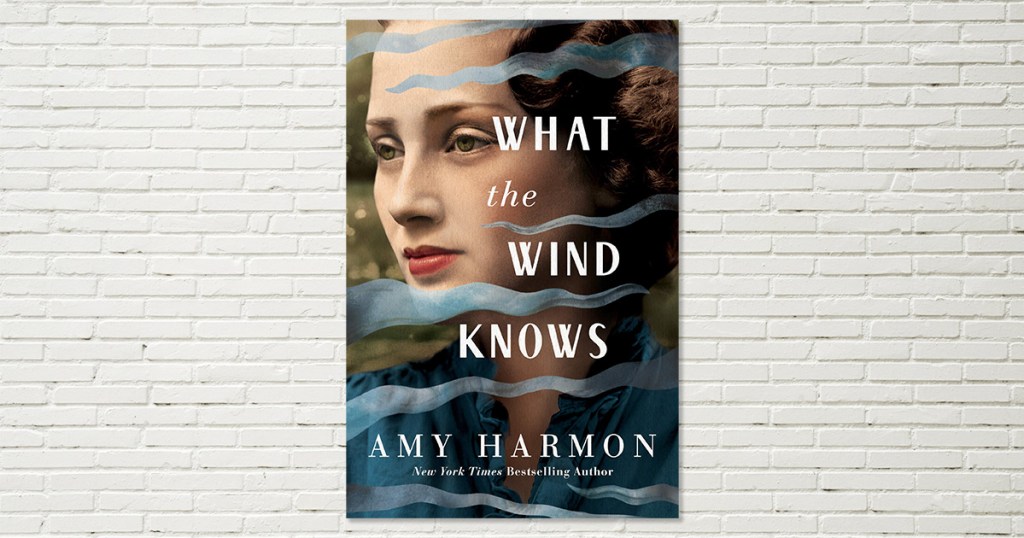 What the Wind Knows by Amy Harmon

In this time-traveling tale, Anne Gallagher is a girl from 21st century New York, yet she finds herself in a 1916 Ireland through accounts her late grandfather’s stories of Ireland. The more she tries to unravel her family’s past, the more entangled she becomes and ultimately faces the decision of choosing the life she once knew or the love she’s now found.

“Amy Harmon brings a tragic and fascinating period of history to life with a poignant love story that plays out across time and oceans. Skillfully woven around vividly depicted historical events and figures, this is a page-turner, hard to put down until the end.” —Helen Bryan, international bestselling author 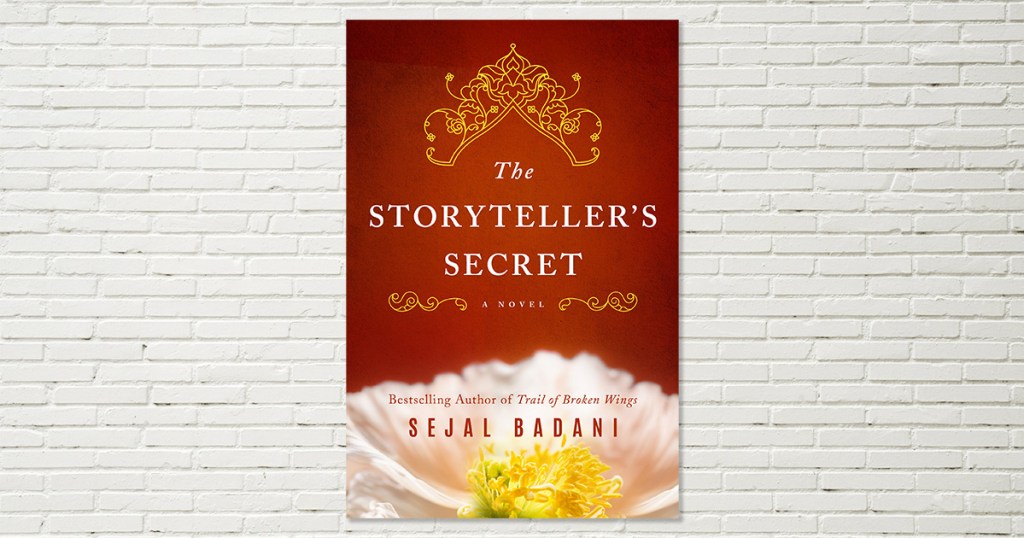 The Storyteller’s Secret by Sejal Badani

A woman, undone by a third miscarriage and the fracture of her marriage, embarks on a journey of familial self-discovery to India. While there, she encounters Ravi—her grandmother’s former servant and trusted confidant—who reveals the resilience, struggles, secret love, and tragic fall of Jaya’s pioneering grandmother during the British occupation. Jaya discovers the legacy bequeathed to her and a strength that, until now, she never knew was possible.

“While the narrative at times reflects the dark elements of human nature, the tone is hopeful and enriching. Badani builds imagery with a gentleness that is soothing to take in and threads together rich descriptions of the landscape that are transportive.” —USA Today’s Happy Ever After 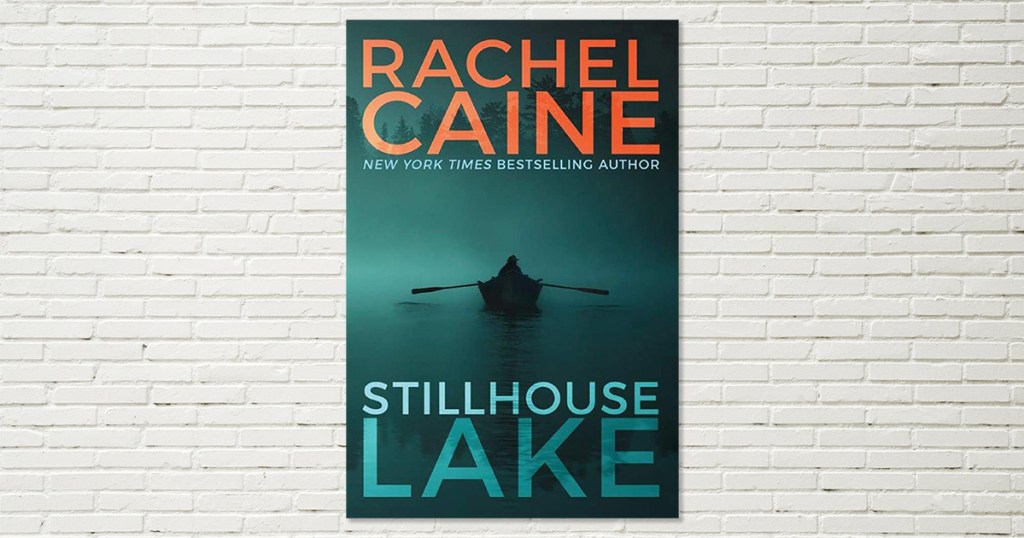 After learning her husband’s true identity as a serial killer, Gina Royal finds refuge on remote Stillhouse Lake and rebrands herself as Gwen, the ultimate warrior mom. With her ex in jail, she becomes the target of stalkers and threatening letters when a body shows up at the lake. To keep her identity hidden and her family safe, she’ll do whatever it takes.

“One of the most terrifyingly realistic books I’ve read in a long time. I can’t even try to imagine what the main character went through. I couldn’t put the book down. I hope there’s a second one. The ending was satisfying without closure, if that makes sense. It has left me wanting more while at the same time happy with the way it ended.” —Amazon review 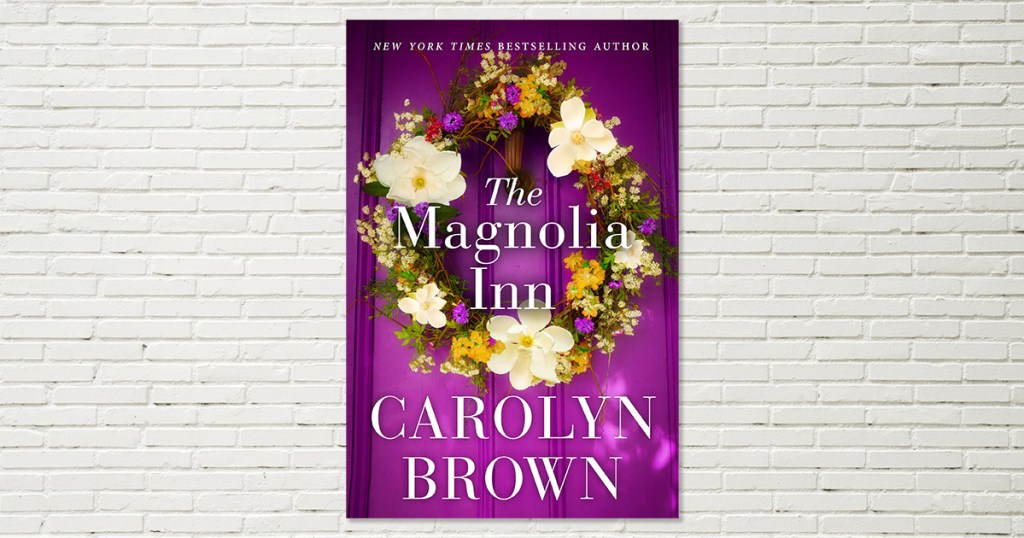 The Magnolia Inn by Carolyn Brown

Tensions are high between Joelene Broussard and Tucker Malone as they both find themselves with a stake in the Magnolia Inn. They also both share guilt and demons from the pain in their lives before encountering each other in East Texas. Restoring the Magnolia Inn is the first step toward restoring their hearts. Will they be able to let go of the past and trust each other to do it together?

“Brown tugs hard at the heartstrings with an emotional contemporary about a grieving widower and a vulnerable bartender…The author does a first-rate job of depicting the devastating stages of grief, provides a simple but appealing plot with a sympathetic hero and heroine and a cast of lovable supporting characters, and wraps it all up with a happily ever after to cheer for.” —Publishers Weekly 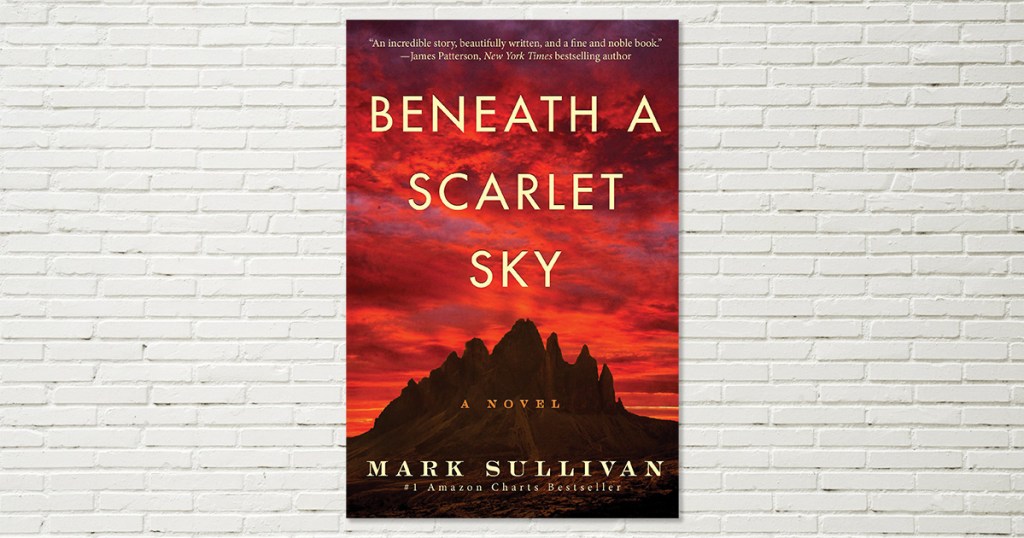 Beneath a Scarlet Sky by Mark Sullivan

After his family’s home in Milan is destroyed by Allied bombs, Pino, an Italian teenager, joins an underground railroad helping Jews escape over the Alps, and falls for Anna, a beautiful widow six years his senior. Though in a strange series of war enlisting events, he is recruited to be the personal driver for General Hans Leyers, one of the Third Reich’s most mysterious and powerful commanders. This riveting saga is full of history, suspense, and love.

“Beneath a Scarlet Sky has everything—heroism, courage, terror, true love, revenge, compassion in the face of the worst human evils. Sullivan shows us war as it really is, with all its complexities, conflicting loyalties, and unresolved questions, but most of all, he brings us the extraordinary figure of Pino Lella, whose determination to live ‘con smania’—with passion—saved him.” —Joseph Finder, New York Times bestselling author 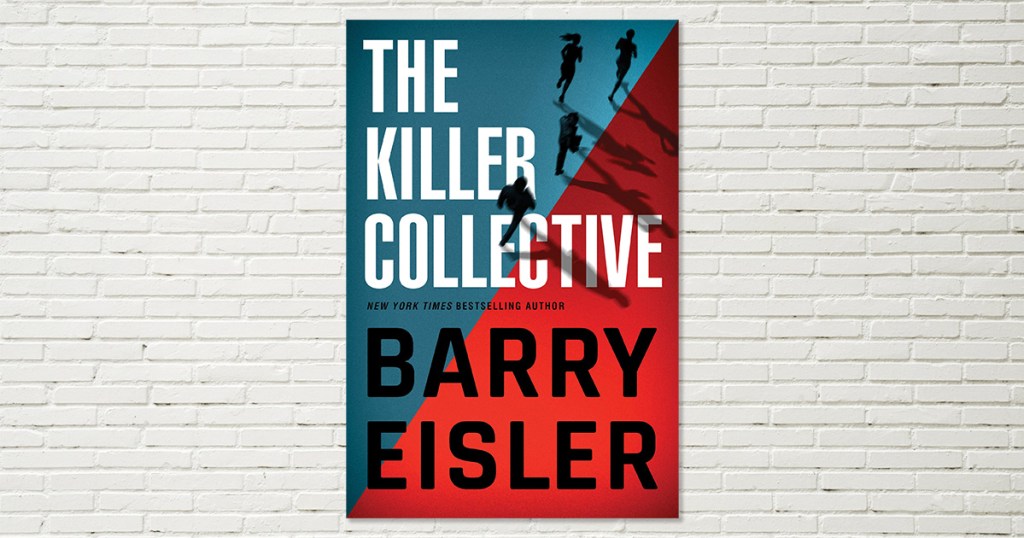 The Killer Collective by Barry Eisler

A jaded retired assassin, a police detective bent on payback, a good ol’ boy Marine sniper, and a sultry Mossad agent… Brought together by a mutual desire to take down an international child-pornography ring that appears to have connections to some very powerful people, the group—which includes characters from Eisler’s bestselling John Rain and Livia Lone series—embarks on a high-stakes chase from industrial south Seattle to the Blue Ridge Mountains to the exclusive salons of Paris.

“The fun of Eisler’s super thriller is in the excitement, the chase, and the survival. The Killer Collective binds it together into a blazing adventure of espionage escape fiction, perfect to start the new year.” —New York Journal of Books 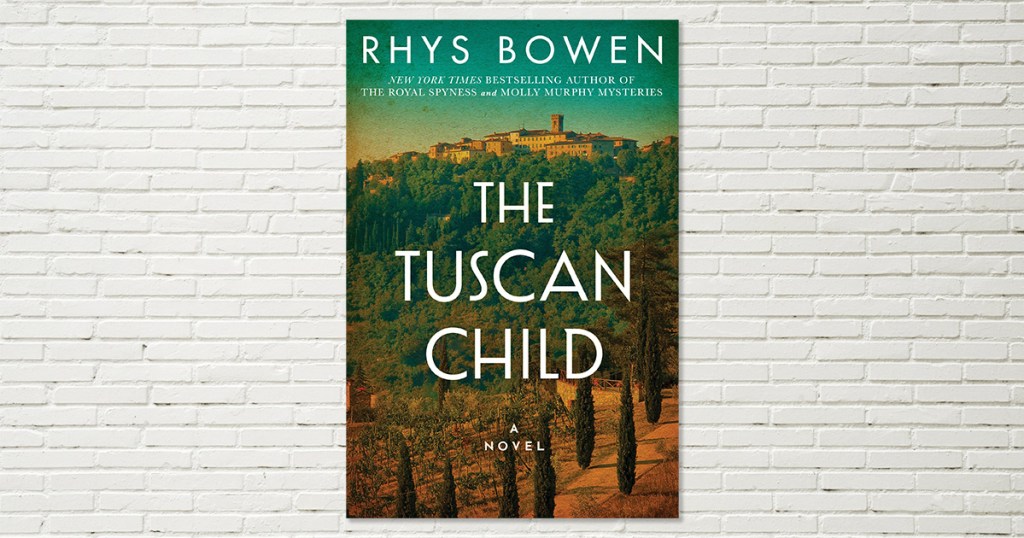 The Tuscan Child by Rhys Bowen

After Hugo Langley’s death, his daughter, Joanna, has returned home to the English countryside to arrange her father’s funeral. Still dealing with the emotional wounds of her own personal trauma, Joanna embarks on a healing journey to Tuscany to understand her father’s history—and maybe come to understand herself as well—though, she soon discovers that some would prefer the past be left undisturbed.

“Besides being an action-packed story that is intense and haunting, Bowen also brings to life the setting where the reader can smell the cooking scents, see the brilliant olive groves, and hear the Italian chatter.” —Crimespree 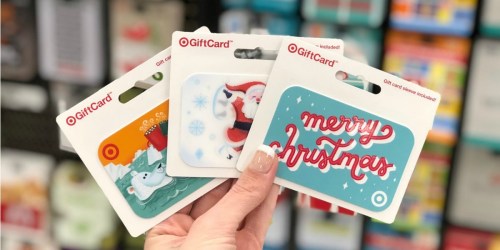 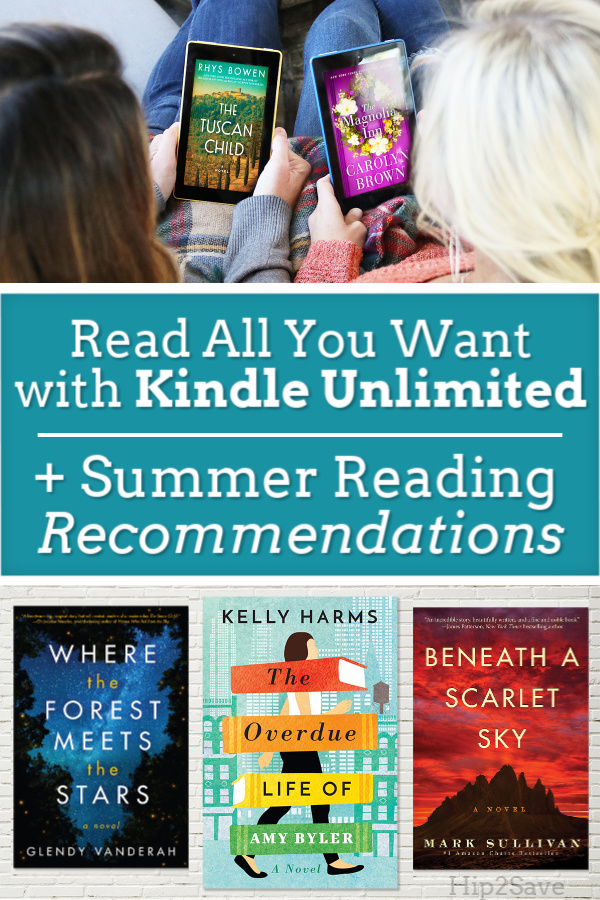