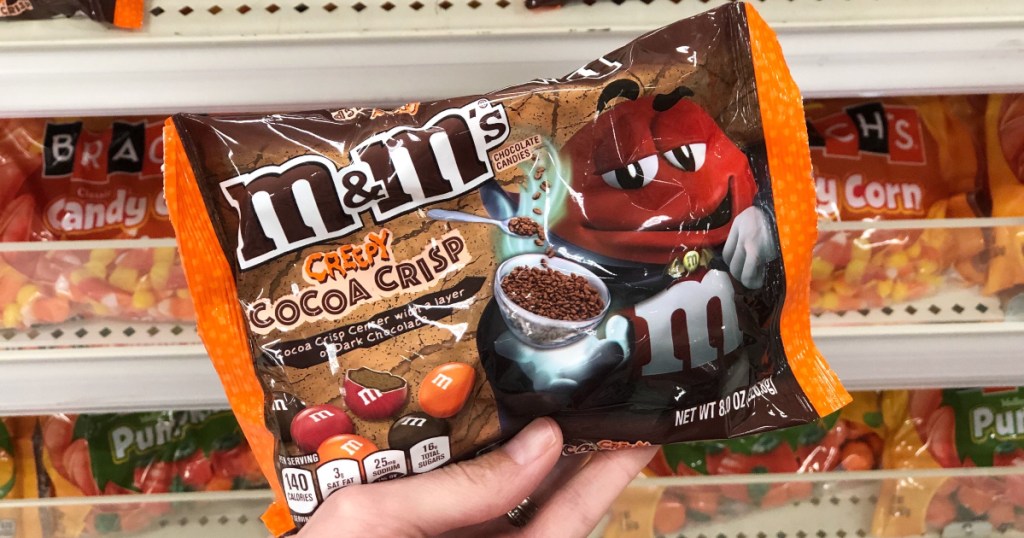 The first wave of Halloween candy is starting to hit the shelves, and a new M&M’s flavor has been spotted at Target!

Called Creepy Cocoa Crisp, these limited edition M&Ms sound like something you might have wanted to eat for breakfast when you were eight. Looks like the red M&M thinks so too, because he’s seen on the packaging holding a bowl of chocolatey cereal!

These new M&M’s feature a crispy, chocolatey center surrounded by an outer layer of milk or dark chocolate. Rather than the traditional M&M colors, this assortment appears to contain classic autumn colors like brown, orange, and red so they should look really pretty in a candy dish for fall!

Mars Wrigley has confirmed that the new M&Ms flavor is a Target exclusive, where they’re currently selling for $3.19. Watch for coupons as Halloween approaches, and keep your eye on Target’s App for possible candy Cartwheel offers between now and Halloween!

Find out what else is new for Halloween 2019!