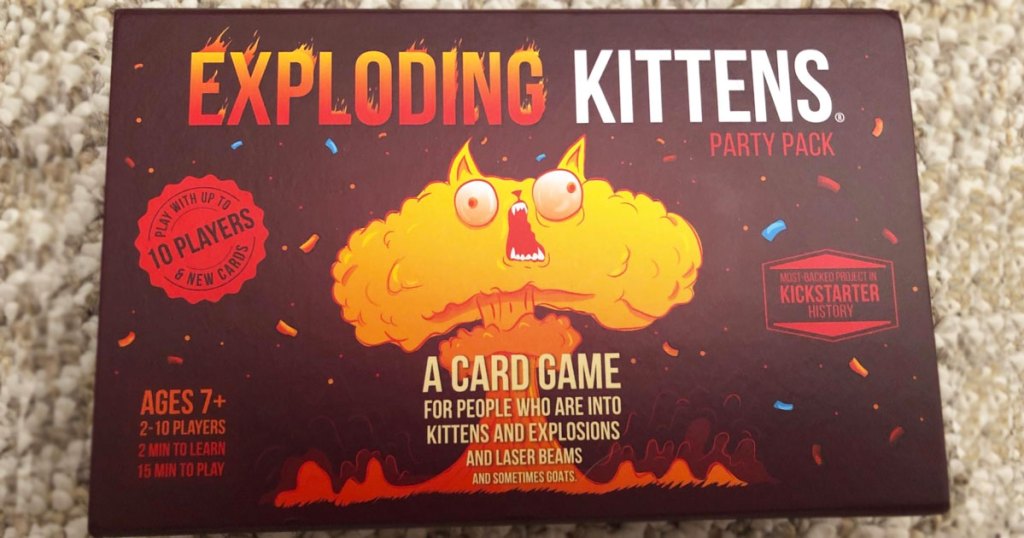 Hop on over to Amazon, Target.com, or Walmart.com where they are offering the highly rated Exploding Kittens Card Game Party Pack for just $14.99-$15 (regularly $29.99) – the lowest price ever!

It’s designed for players ages seven and up with a twisted sense of humor who like kittens, explosions, laser beams, and sometimes goats!

This party pack is the same fun game as the original Exploding Kittens Game, just designed to accommodate up to 10 players! This fun kitten themed card game requires players to take turns drawing cards until someone draws an exploding kitten, at which point they are out of the game – unless that player has a defuse card which includes laser pointers, belly rubs, and catnip sandwiches! 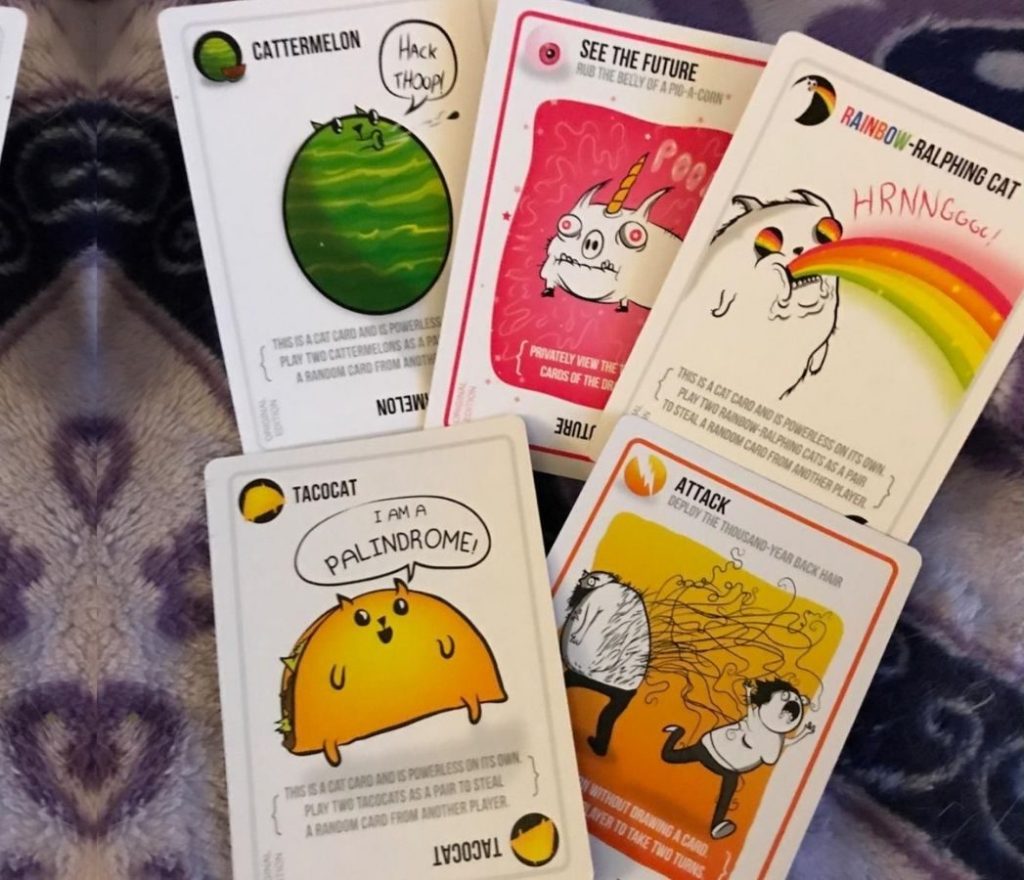 I bought this the first time earlier this year ahead of the camping season, something new for our group’s game night. It was a huge hit, especially with the kids, because what 6-year-old doesn’t love exploding kittens? (At least conceptually.) It took a little bit of explaining and coaching to get the kids up to speed but after that, they ruled the table mercilessly. They will throw you into the path of an exploding kitten card without thinking twice.

Seriously though, this is a great game for kids and adults, and so it’s fun for family game nights. Kids can play on the same level as adults and they love that.

Fantastic card game. It’s a great game for any gathering or just any group of good friends – the rules are simple so it’s easy to teach anyone unfamiliar with it in just a few moments, or for hardcore tabletop gaming nerds. Despite easy to teach rules, no game of Exploding Kittens is boring. There’s strategy and fantastically done hilarious card artwork. Lots of laughs with every hand and well as competition to win.

These board games are perfect for your next game night!