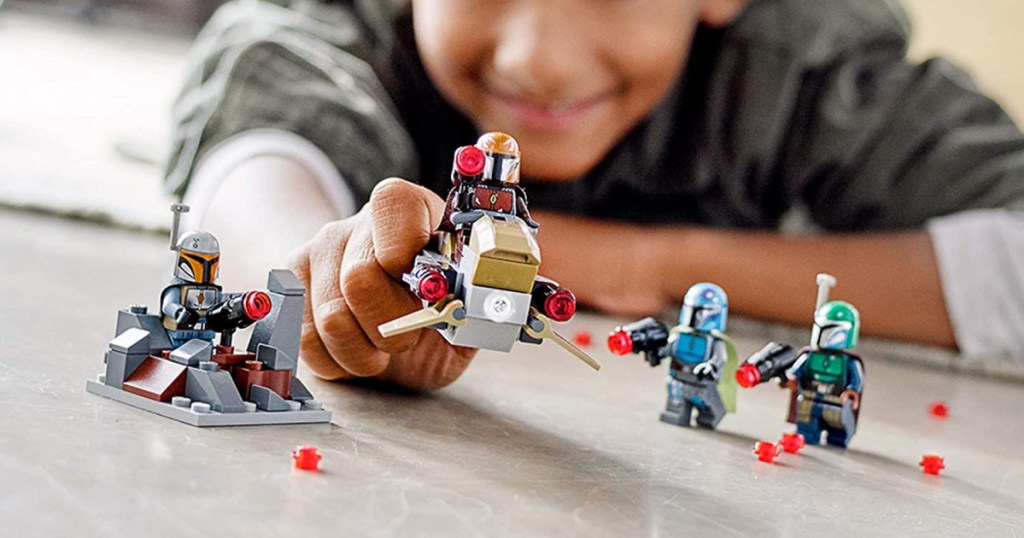 Amazon has a great deal on LEGOs!

For a limited time, head over to Amazon where you can grab this LEGO Star Wars Mandalorian Battle Set for just $11.99 (regularly $14.99)!

This LEGO set has over 7,300 5-star reviews and is perfect for any Star Wars or Mandalorian fan ages 6 and up! It includes four Star Wars Mandalorian warrior minifigures, stud-shooting blasters, a defense fort with a spot for a blaster, and a stud-shooting speeder bike. 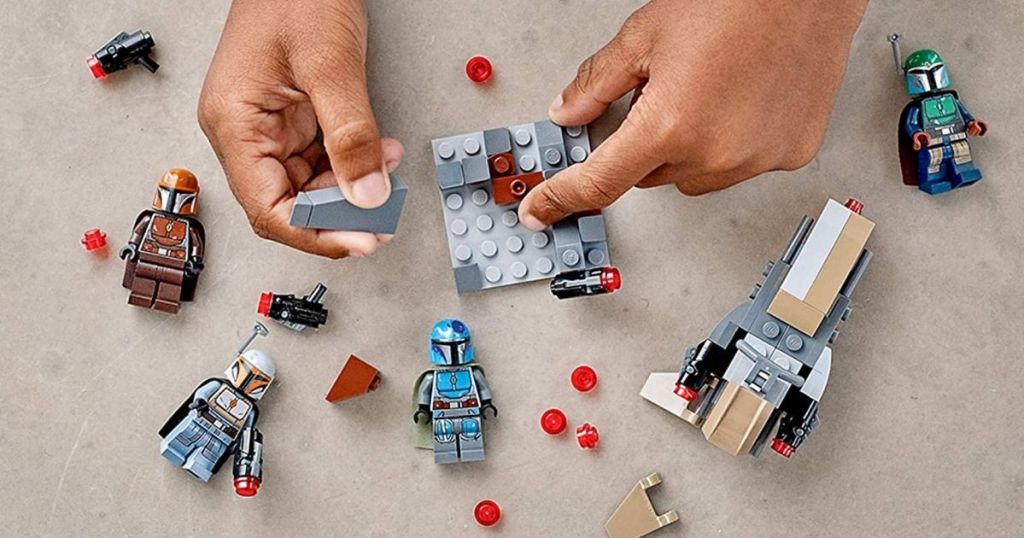 Check out these fun reviews…

I’m not surprised to see this one in short supply. (Not even my local Lego store had any!) This has to be one of the better battle packs in recent years in its own right. Plus, it’s coming off the success of the Mandalorian TV show. So, get it while you can! The pack features four new, unique minifigures, each with awesome printing, colors, and details. Each also includes a cape! Getting four capes in a set is a rare thing. This set will be a boon to any collection.

The real draw and value of this set are the Mandalorian minifigs. Each of the four minifigs has a different paint scheme that is (as of this review) exclusive to this set. Each of the four Mando minifigs comes with a cape and stud-shooter for a blaster. When you account for the fact a LEGO blind-bag minifig goes for roughly $5, this set’s value really becomes clear. Additionally, this set comes with two mini builds. One is a speeder (which is almost identical in design as the speeder from the 2011 Mandalorian battle pack), and the second is a small rock formation that you can hide one Mando behind and mount a single stud-shooter. With all this taken into account, the value of this set no longer becomes a question for any Star Wars fan. The real question is will you buy two or three of these sets. Happy building!

Got a LEGO fan? Check out ALL the LEGO deals!