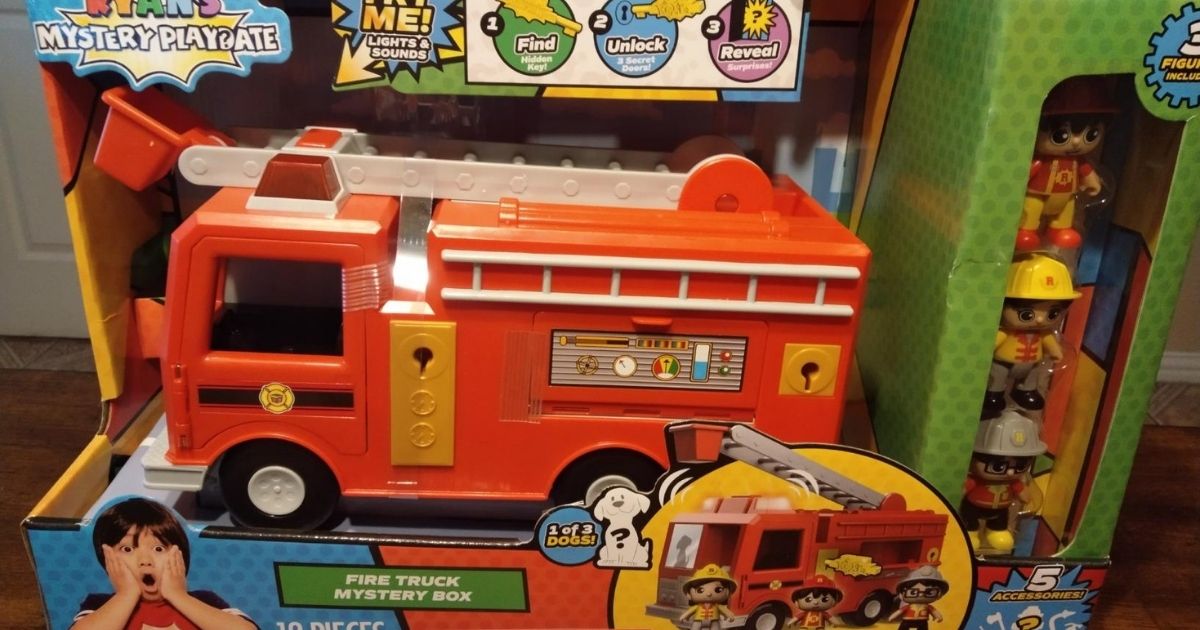 Save 50% off this fire truck mystery box on Amazon!

Hop over to Amazon or Walmart.com where you can snag this Ryan’s World Large Fire Truck Vehicle for $20 (regularly $39.99) – lowest price!

This toy is the best of both worlds as its like a giant mystery unboxing toy and a fun fire truck with figures! 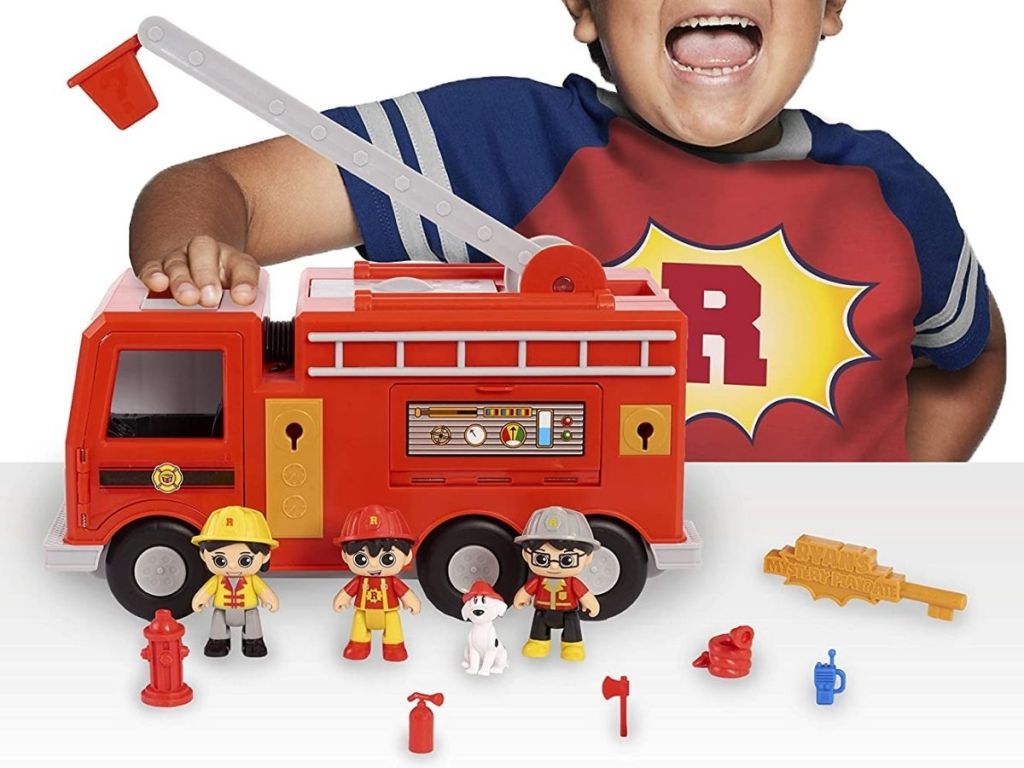 Ryan’s Large Fire Truck includes adorable figures of Ryan and his family dressed in firefighter gear. Kids can unlock the truck with the special key to reveal a surprise rescue puppy figure and 5 play firefighter accessories. Plus, this toy has a liftable ladder and buttons to press to make cool light and firetruck sounds!

Looking for feedback? Here are a couple of helpful reviews…

I was not expecting it to be as big as it I’d. It’s great!! Instead of just my youngest playing with it all my kids too. Big enough you can use Barbies to play with it. Lots of fun to be had with it and it’s pretty realistic as far as the moving parts go. Overall a great toy!

My daughter loves playing with this Fire Truck from Ryan’s Mystery Toy Box. She loves to hear the sounds it makes and pushes the button repeatedly. I would recommend this to anyone who has kids that like Fire Truck or Ryan’s Toys in general. You won’t be disappointed by this toy it’s made to last a while.

Add more fun new toys to your kiddo’s collection with these deals!