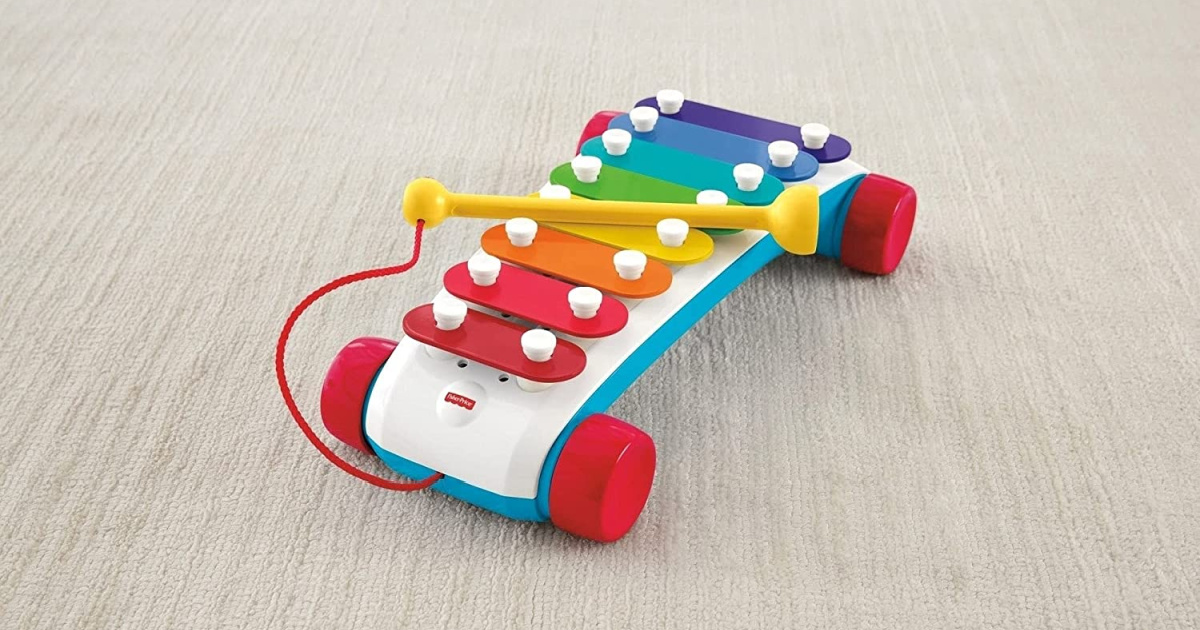 Amazon has deals for even the littlest members of the fam!

Head on over to Amazon or Walmart.com where you can score the popular Fisher-Price Classic Xylophone Toy for only $6 (regularly $15.99) – lowest price!

This toy has been around for ages and has been loved by many! No batteries are required with this classic toy, and the mallet is conveniently attached so little ones can’t lose them. This would make a fun gift! 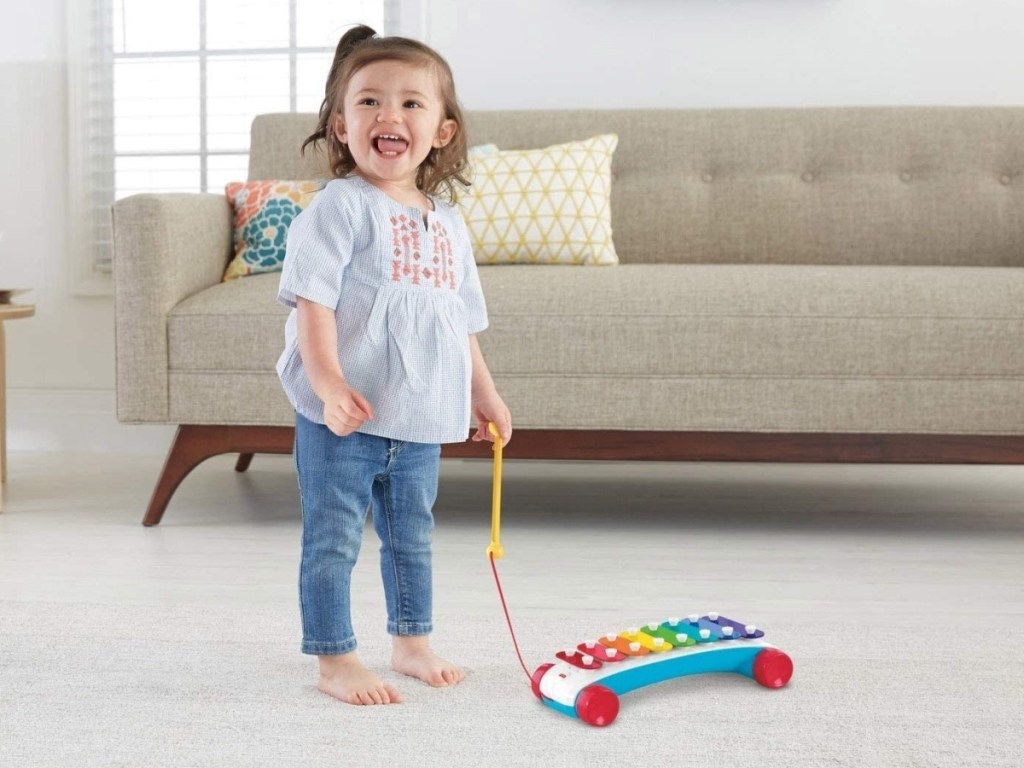 Check out these 5-star reviews…

A classic toy that is a hit with our 10-month-old percussionist. The tether is short on the stick, but that’s a really good feature (keeps her from hitting most other things and people or strangling herself with it). It is plenty long enough to reach all of the keys.

Sounds nice and not annoying, but probably is a bit out of tune. I don’t really notice it, but my husband did. She won’t really be playing songs on it for quite a while, so that isn’t an issue for us. (My husband was playing “Separate Ways” on it because it’s a fun toy for adults to show the baby how to use, too. 🙂 )

It’s a pretty straightforward toy so I’ll skip describing it. Quality product. I love that there’s a strong attaching the stick. Otherwise, it would end under the couch never to be seen again in a week. My 9-month-old loves it and drags it around the house with him. It’s not too loud as to be annoying like some of his battery-powered toys. I love to buy him organic-sounding musical instruments. He’s too younger to understand them but has a lot of fun figuring them out. I think they hold his attention and affection longer than the light-up, battery-powered things I buy him. If I could do it all over again I would’ve only bought him toys like this.

Save on more popular toys with these deals!