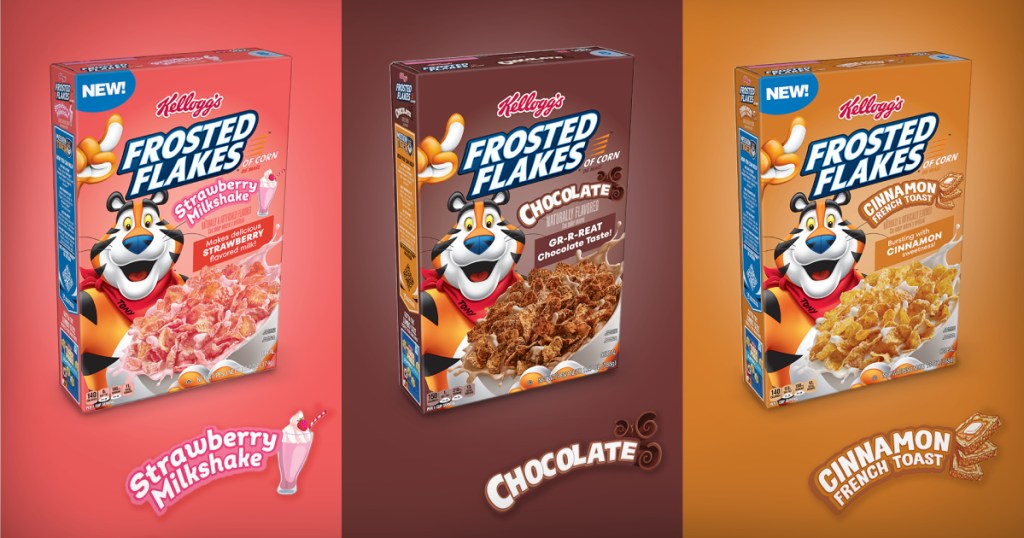 Kelloggs has some new tasty flavors hitting the shelves!

I don’t know about you, but one of my favorite parts of eating yummy cereal for breakfast is the tasty milk flavor. With this in mind, Kellogg’s is releasing, not one, but THREE new Frosted Flakes cereal flavors that will transform your milk! The flavors include Strawberry Milkshake, Cinnamon French Toast, and Chocolate.

These flavors will hit the shelves nationwide starting May 2022 and will retail for $4.49 for a 13.5oz box and $6.29 for a 24oz box. The strawberry milkshake flavor will turn your milk pink – how fun is that?! The cinnamon french toast flavor featured a combination of brown sugar and maple syrup alongside some cinnamon spice. Although chocolate is a classic flavor, its notes of vanilla and sweet cocoa make it individual and stand out. 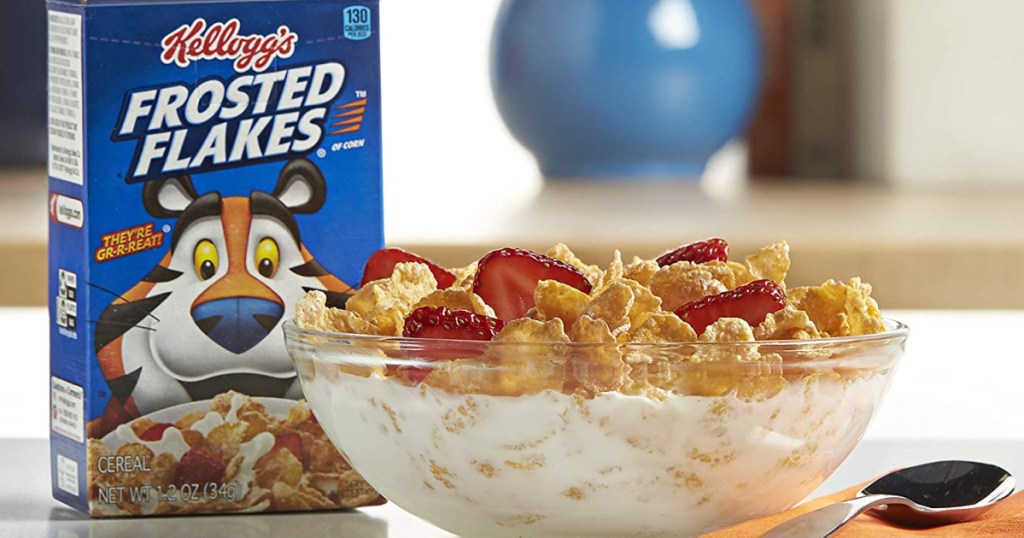 These new frosted flakes flavors are sure to be more than good. 😉 I can’t think of a better way to spring into summer than with these released. It’s awesome to see Kellogg’s focus equally on both the flavor cereal and milk. 🤩

Check out all things Kelloggs over here!