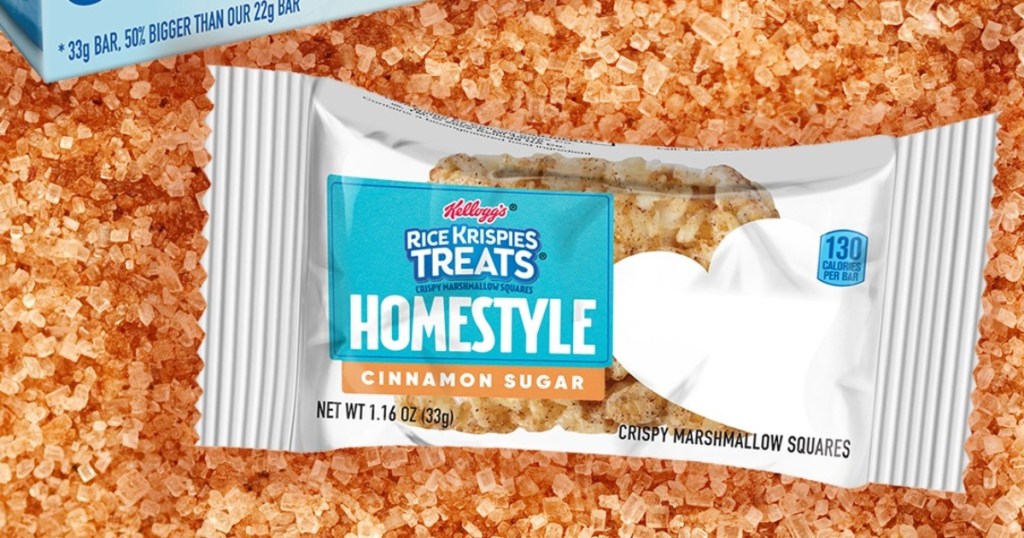 The combination of Rice Krispies and cinnamon sugar is a delicious throwback to something you might find in the Saturday morning cereal bowl of your childhood! 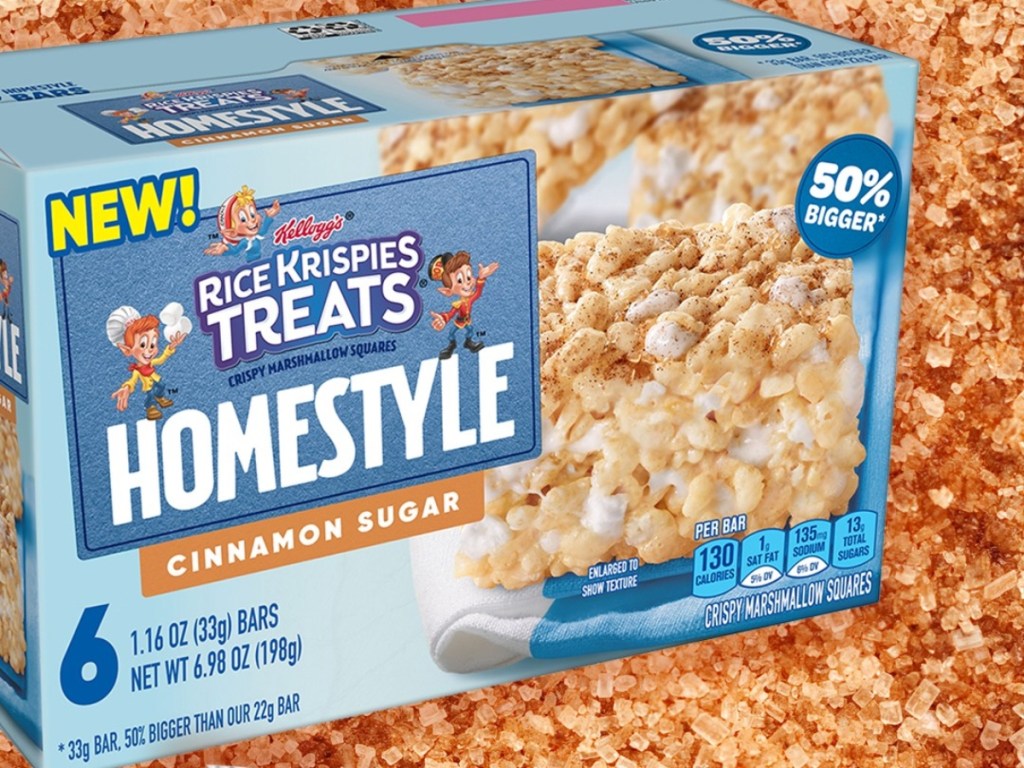 Cinnamon Sugar is joining two existing Homestyle flavors of Rice Krispies Treats (Original and Chocolate) in grocery stores and other retailers nationwide. They’re now available for a suggested retail price of $3.99 for six bars, or $5.24 for 12 bars.

This simple addition will take your homemade Rice Krispies Treats to the next level!