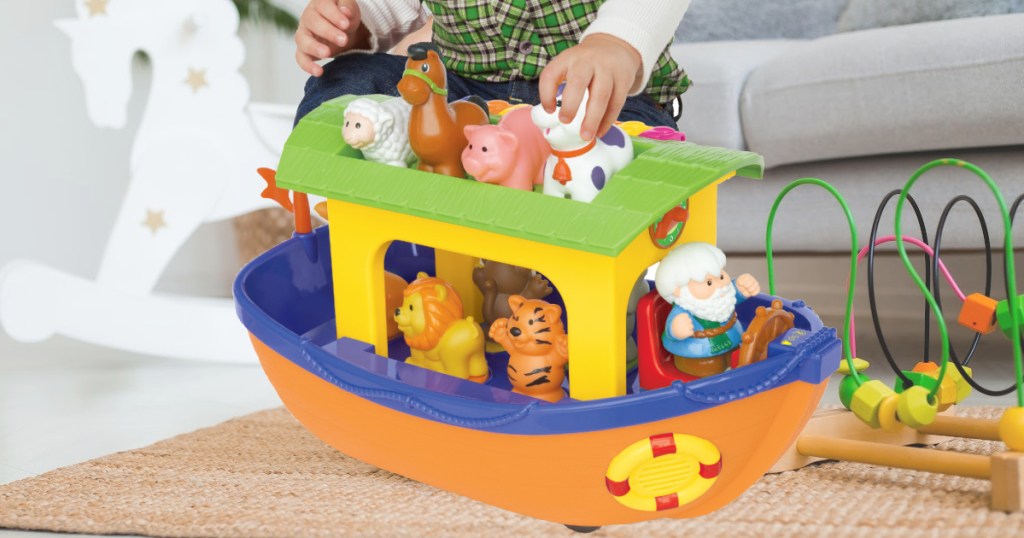 Find the perfect Easter gift on sale at Amazon!

Hop on over to Amazon or Walmart.com where they’ve dropped the price of this highly-rated Kiddieland Noah’s Ark Activity Set to just $14.99 (regularly $27.99) – the lowest ever!

This playset features colorful piano keys, built-in melodies, and realistic water and bell sounds. A Noah’s Ark set isn’t complete without animals, and this one comes with nine shape-sorting figures including a lion, elephant, giraffe, horse, cow, sheep, and more.

Better yet, this Noah’s Ark activity set is suitable for ages 12 months and up, so it’s a great gift idea for even the littlest kiddos in your house! 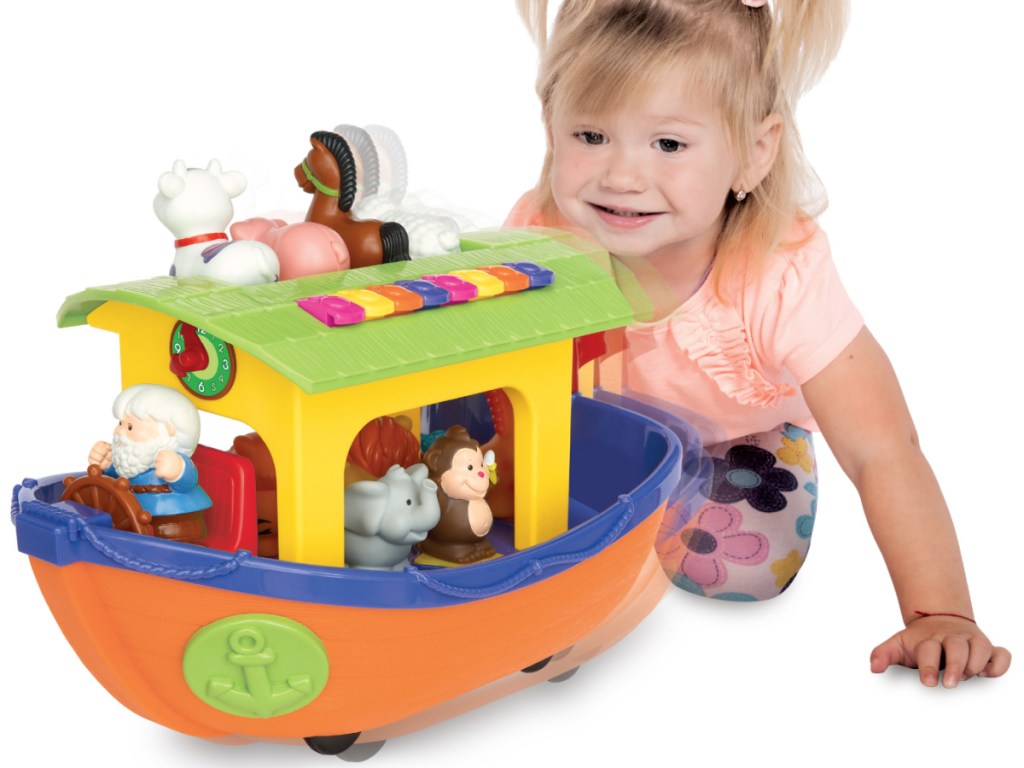 My daughter got this for her birthday and it’s been her favorite toy since. On vacation it was the only toy we brought with us. She plays with it independently for 30-60 minutes. It’s great for her to play sitting near it, squatting near it, or at the little table we recently set up for her. It’s not too heavy so she can carry it around and put it wherever she wants. At 15 months she’s not yet able to intentionally put the animals in the right spot but she still has lots of fun. Any toddlers that come over, you’ll see them running around with an animal or two in their hands and it’s adorable.

It has animal sounds, and if you press the buckets of supplies in the ship it plays songs. Plus there’s the piano on top. My daughter loves music and animal sounds so this is a hit! It’s not overpoweringly loud, which is good because we don’t see an off switch. Bought it for her cousin who’s a few weeks younger, so yes we recommend it.

Walmart has more awesome deals you can score online!