We Taste Tested 5 Boxed Mac and Cheese Brands, And We’ve Got a Clear Winner (& Loser) 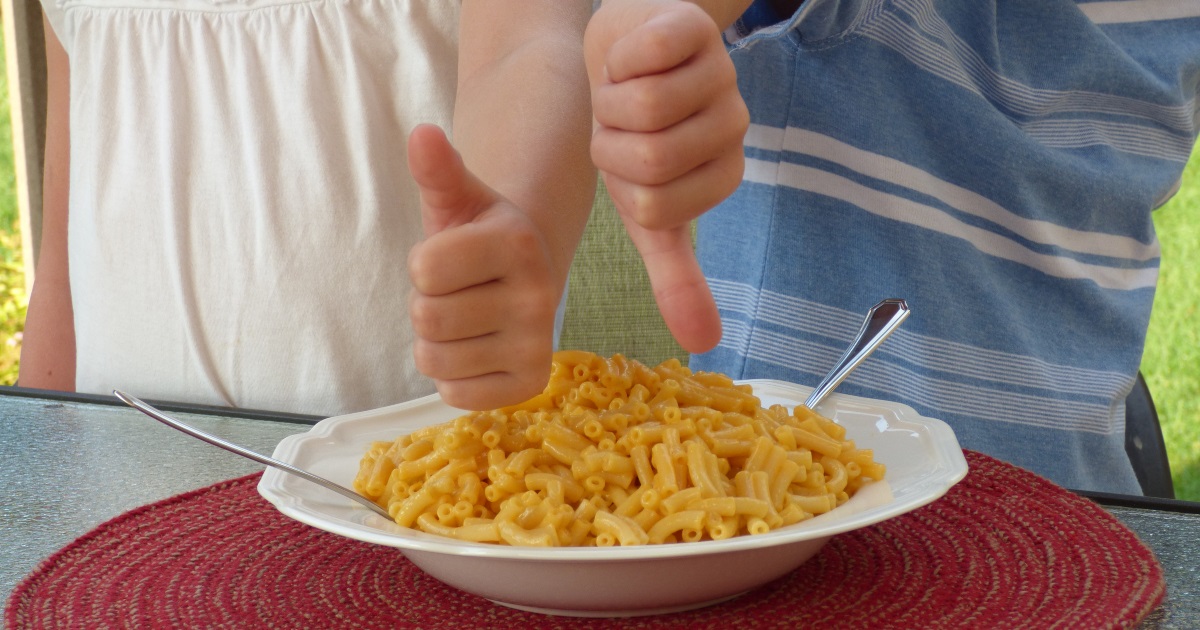 In case you didn’t know, National Mac and Cheese Day (July 14) is totally a thing. To help you celebrate what is arguably the most comforting of all comfort foods, we’ve gathered a bunch of hungry kids to help us taste test five of the most popular boxed mac and cheese brands you can buy right off the shelf. 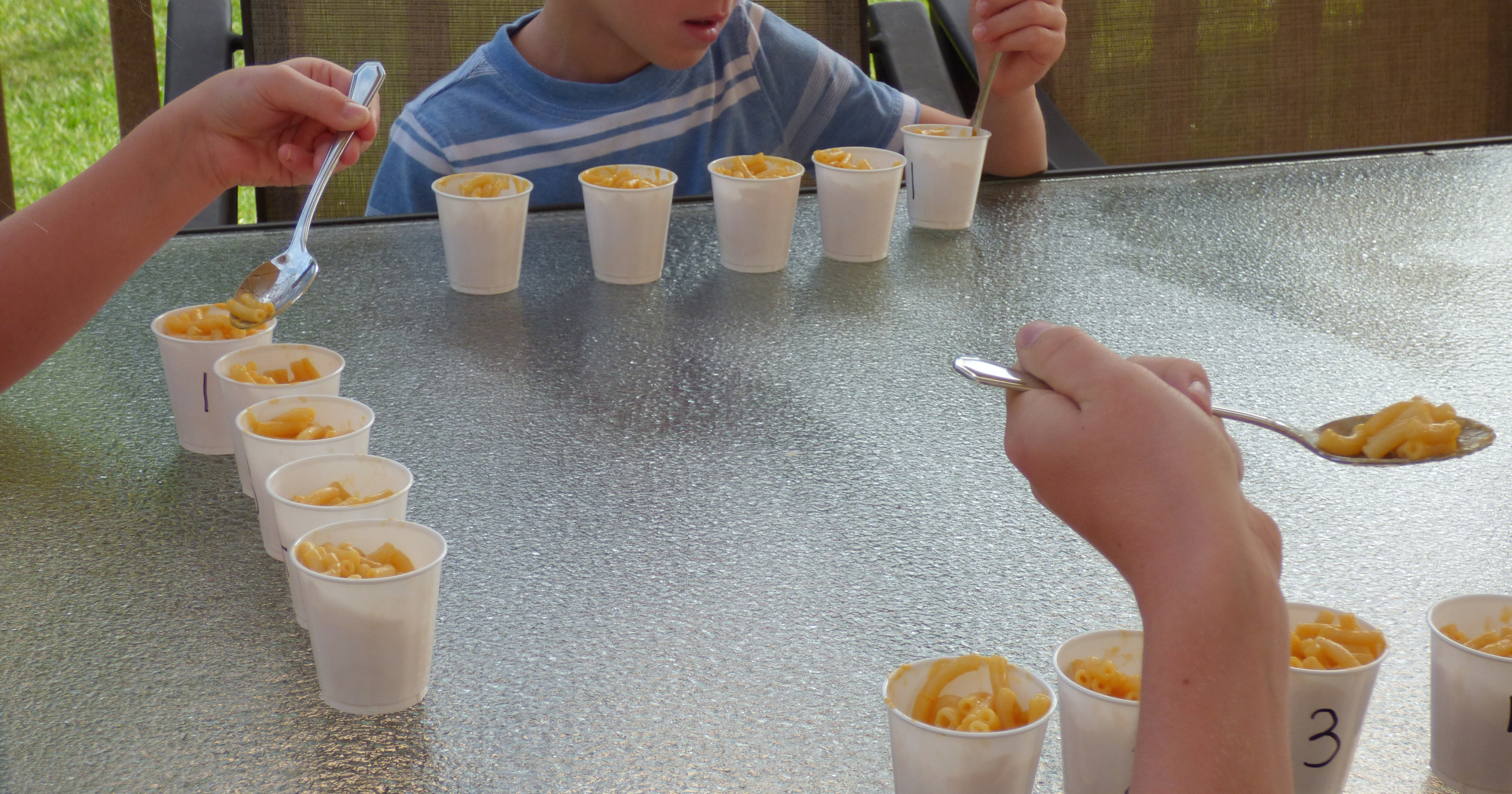 As a fun (and not even almost scientifically valid) way to ring in National Mac and Cheese Day, we pulled together five mac and cheese pros (hungry kids ages 6-9). 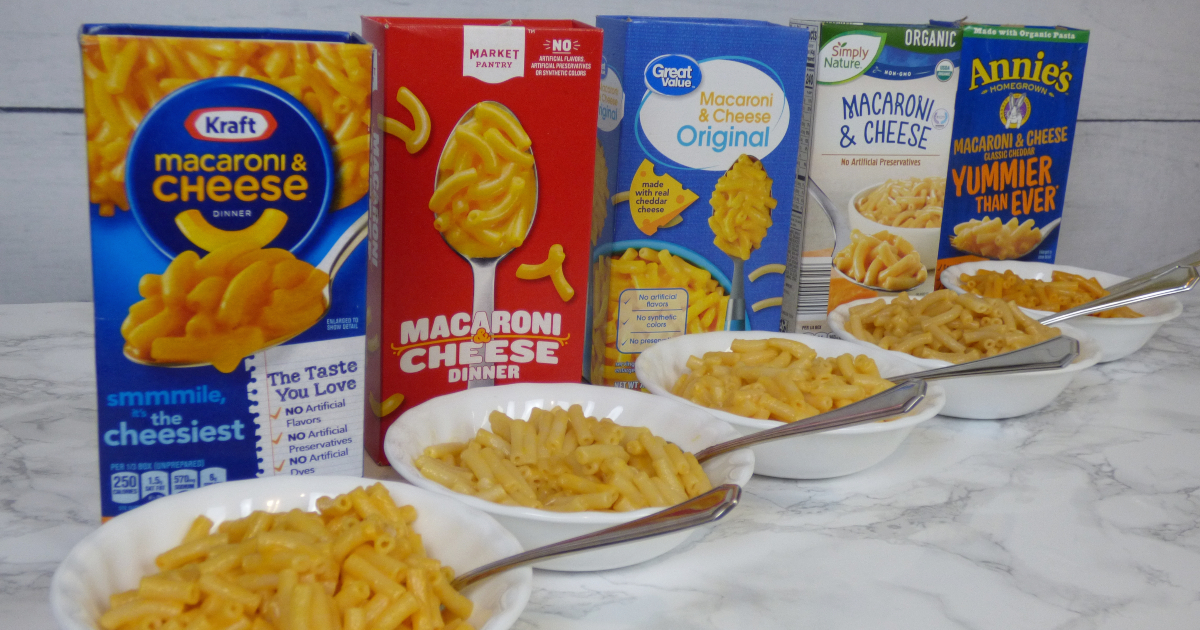 Our macaroni and cheese taste test rules were simple.

To make this boxed dinner taste test as fair as possible, we:

Here’s how these boxed mac & cheese dinners ranked (from worst to best): 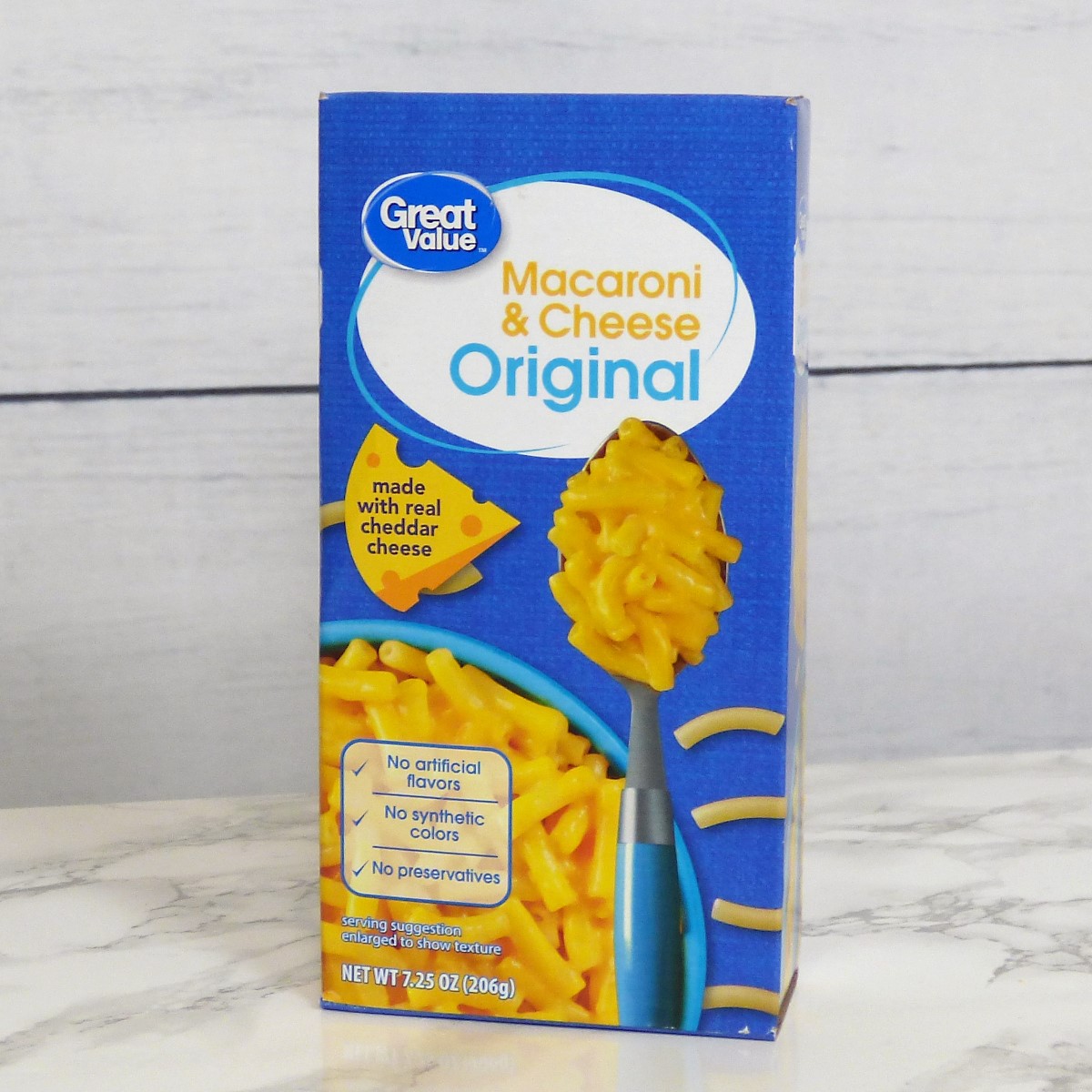 More than one of our young taste-testers noticed right away that the Great Value Macaroni & Cheese had a “weird taste,” and the grown-ups had to agree. Although the expiration date on the box was almost a year away, it had a faint stale, almost freezer-burnt taste to it.

While it didn’t taste any saltier than the other brands, it contained the most sodium by far – 690 mg per serving! That’s over 100 mg of sodium more than any other contender in our taste test, and 30% of the recommended daily value! This was our least favorite brand of the five we tested, by unanimous decision. 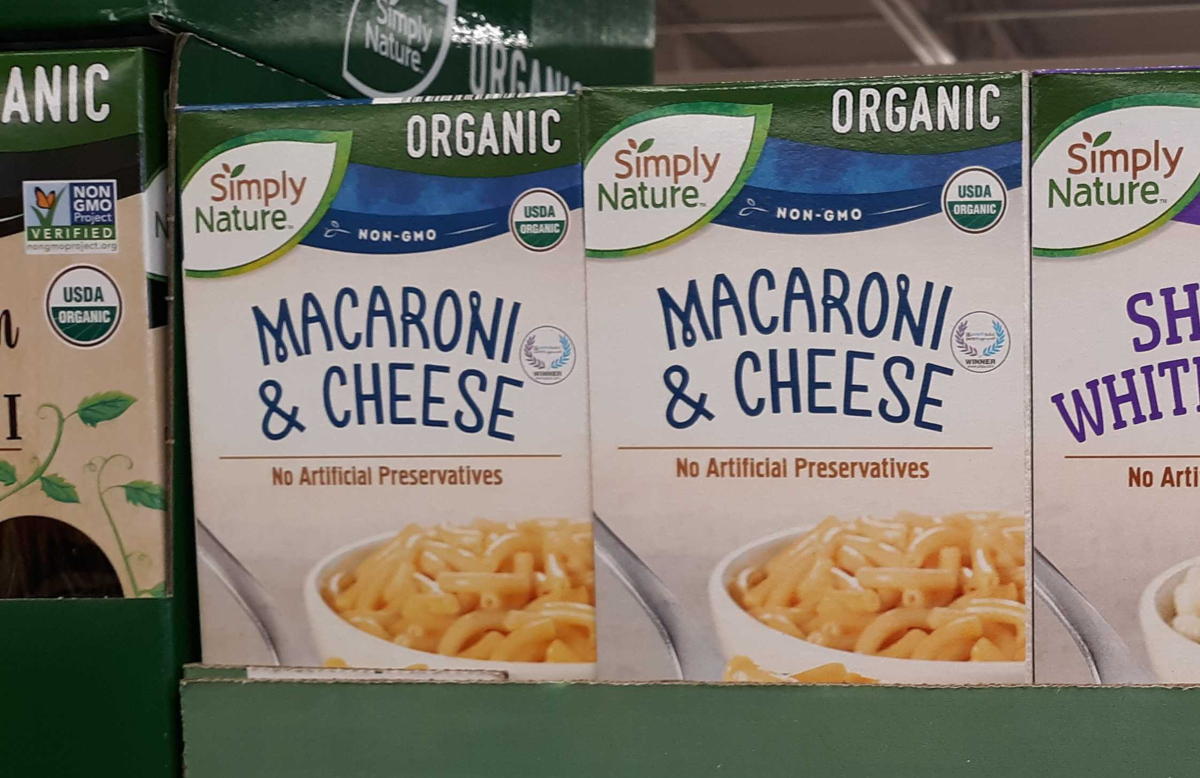 We really wanted to like this boxed mac & cheese. Simply Nature is Aldi’s line of organic foods, and many of their other organic items are both affordable and delicious. Unfortunately, this macaroni and cheese didn’t quite pass the “delicious” test.

Much as the Great Value brand had a “weird taste,” our taste-testers were quick to point out that this one had an “extra taste.” One helpful 9-year-old suggested that “It’s probably because they’re hiding vegetables in there somewhere. Grown-ups do that sort of thing.”

A quick scan of the ingredients didn’t reveal any hidden veggies, but he was right. It did taste as though it had been made from vegetable pasta. This would have been fine in another setting, but it definitely stood out as being different from the other brands (and not in a good way). 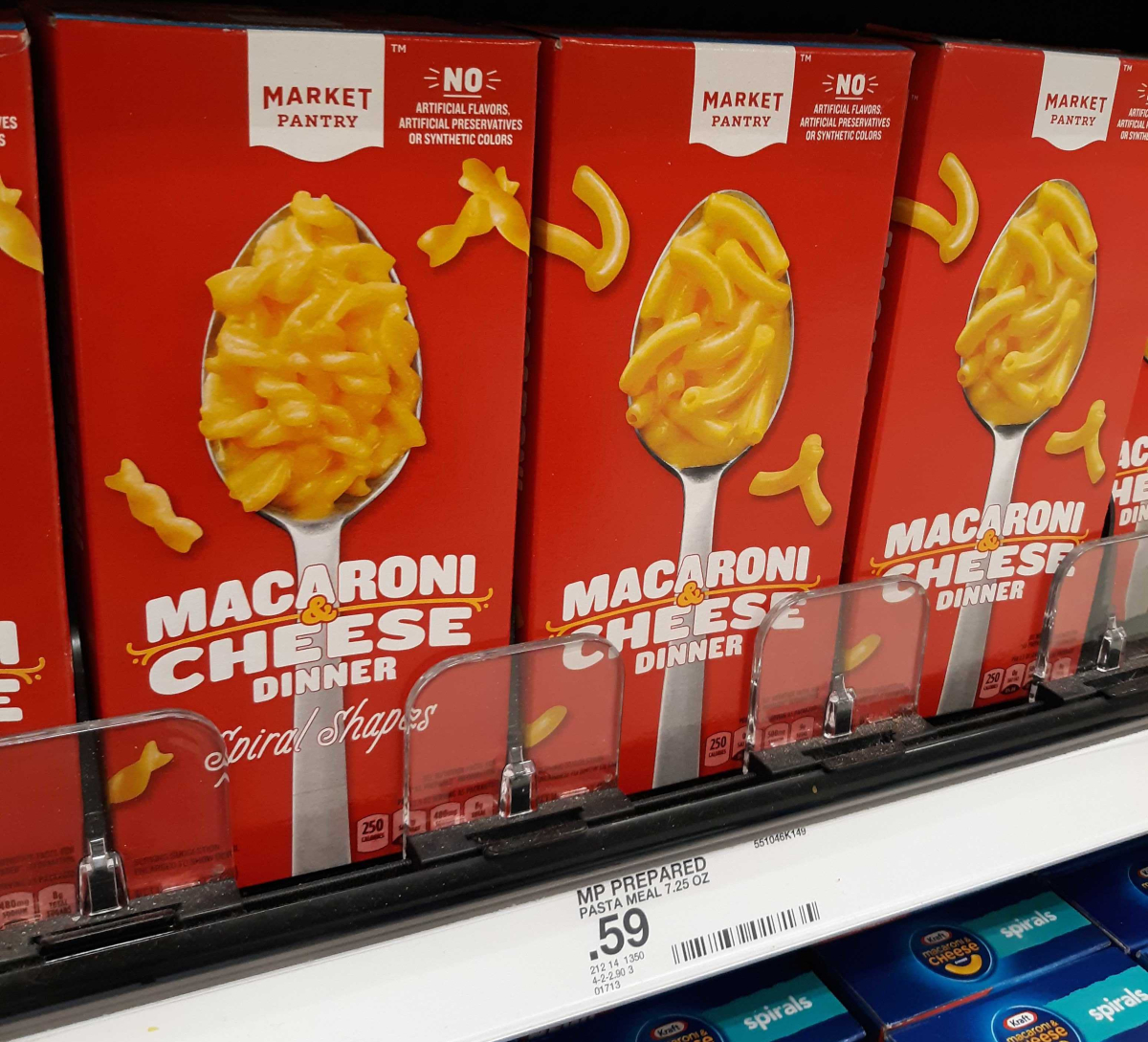 This had the mouth-feel of mac and cheese, but it didn’t really taste like much of anything at all. At 400 calories per serving (the most of any brand we tested), we were definitely expecting the Market Pantry version to be a lot more flavorful.

Our little taste-testers expected more from this brand, too. They didn’t have much to say about it one way or another. We did count a couple of blank looks and a shrug, so I suppose that says it all. 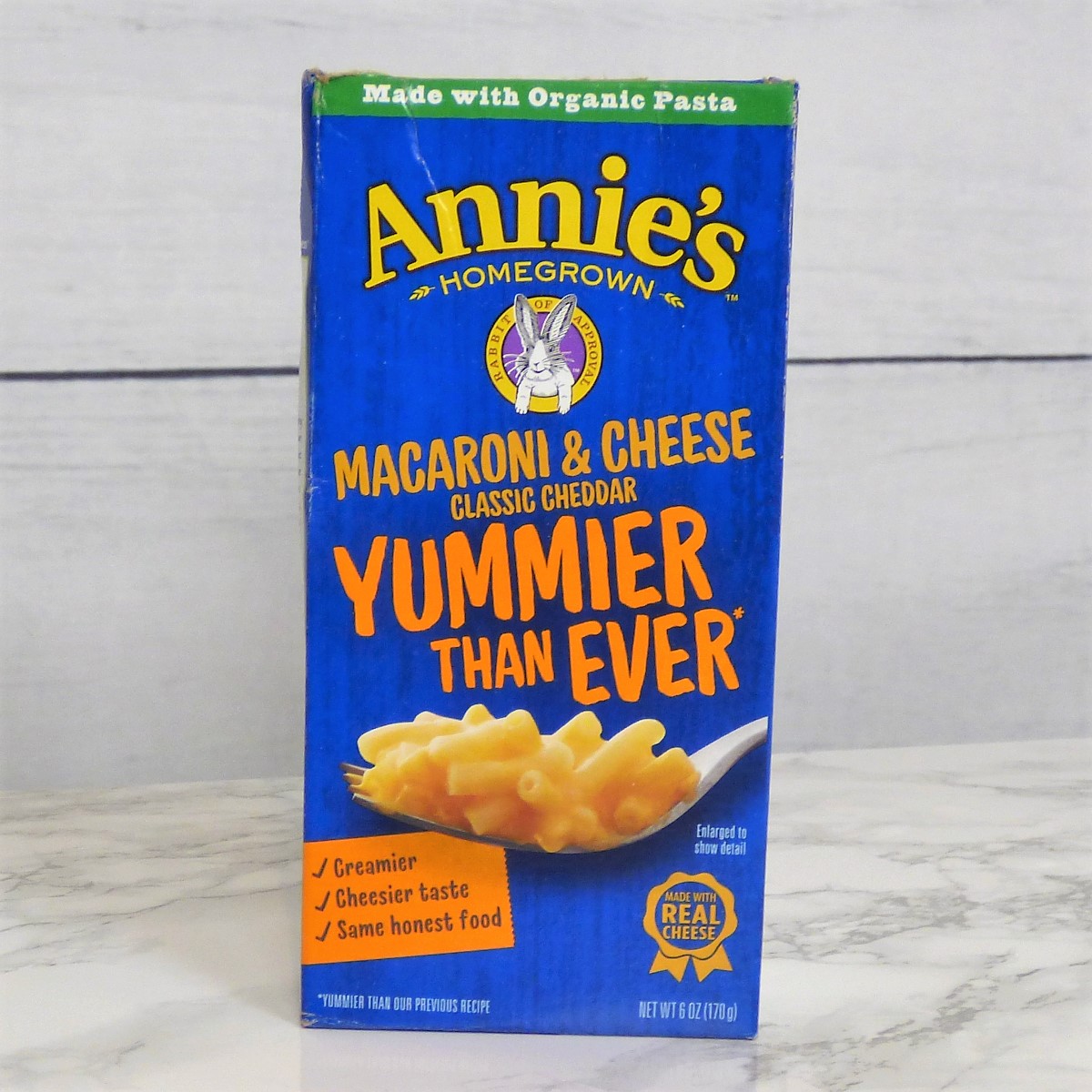 This one got mixed reviews.

The kids loved Annie’s mac & cheese, which they eagerly pointed out was the orangest of all the brands we tested. They also said that it smelled and tasted the cheesiest, and they liked the taste and texture.

The adults in our group certainly loved the fact that Annie’s mac & cheese is made from organic pasta, but we weren’t too sure about the cheese flavor. To me, it tasted exactly like the orange cheese that comes inside the 6-packs of Lance sandwich crackers. But, hey – it’s made with organic ingredients and the kids really liked it, so this one is going in the winner’s circle. 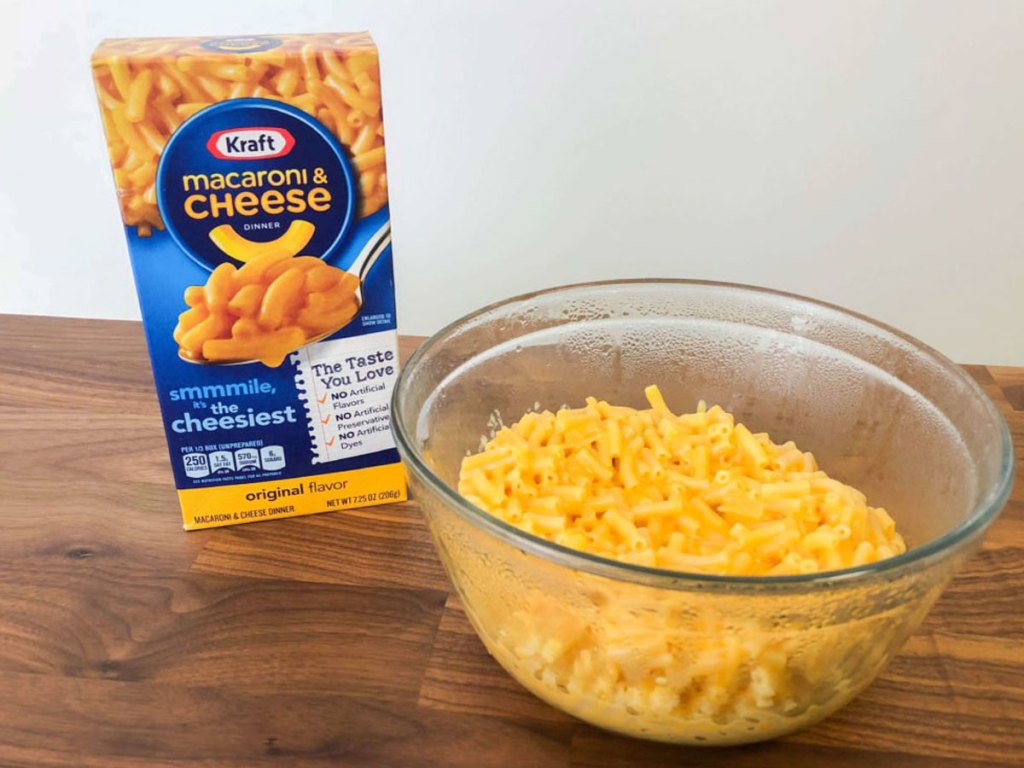 When you hear the phrase “boxed mac and cheese,” this is probably the one you’re picturing. It’s the gold standard, and not just because of the cheerful color of its sauce!

Kraft mac and cheese also received the most favorable reviews from our testers. Almost everyone agreed that it was the creamiest and most flavorful of all the brands we tried. 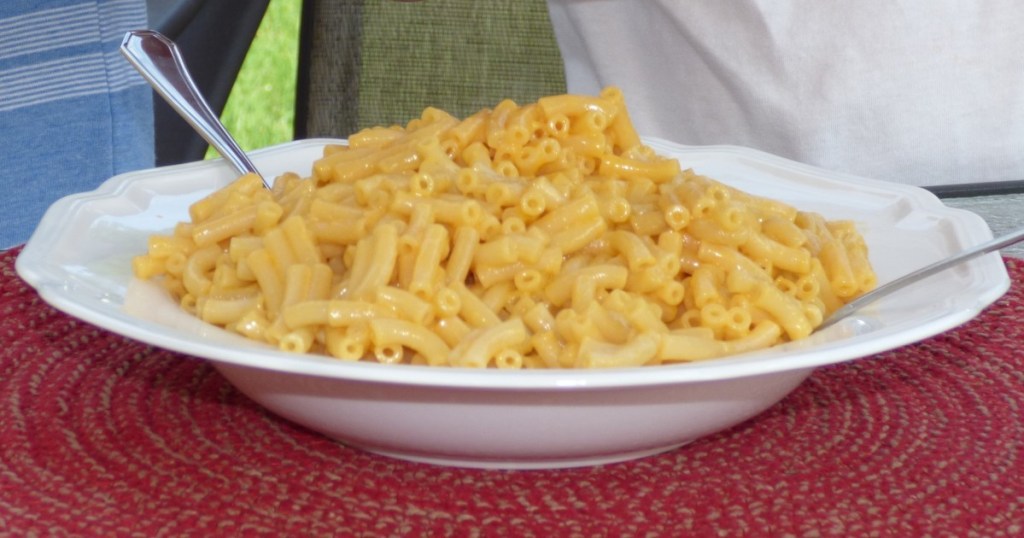 Some of the adults thought the flavor of the Kraft version seemed a little heavy on the American cheese side, while they would have preferred it to taste more “cheddary.” But I suspect this is the taste most people want when they buy a box of macaroni and cheese.

Even though it was the most highly rated of all the boxed versions, our taste testers agreed that not even this mac and cheese icon could come close to the decadent goodness of the homemade version.

At the end of our experiment, one of our 6-year-old testers exclaimed, “This stuff makes me hungry for real mac & cheese,” and I know exactly what she means. I also know exactly what I’m making for dinner tonight… 👇 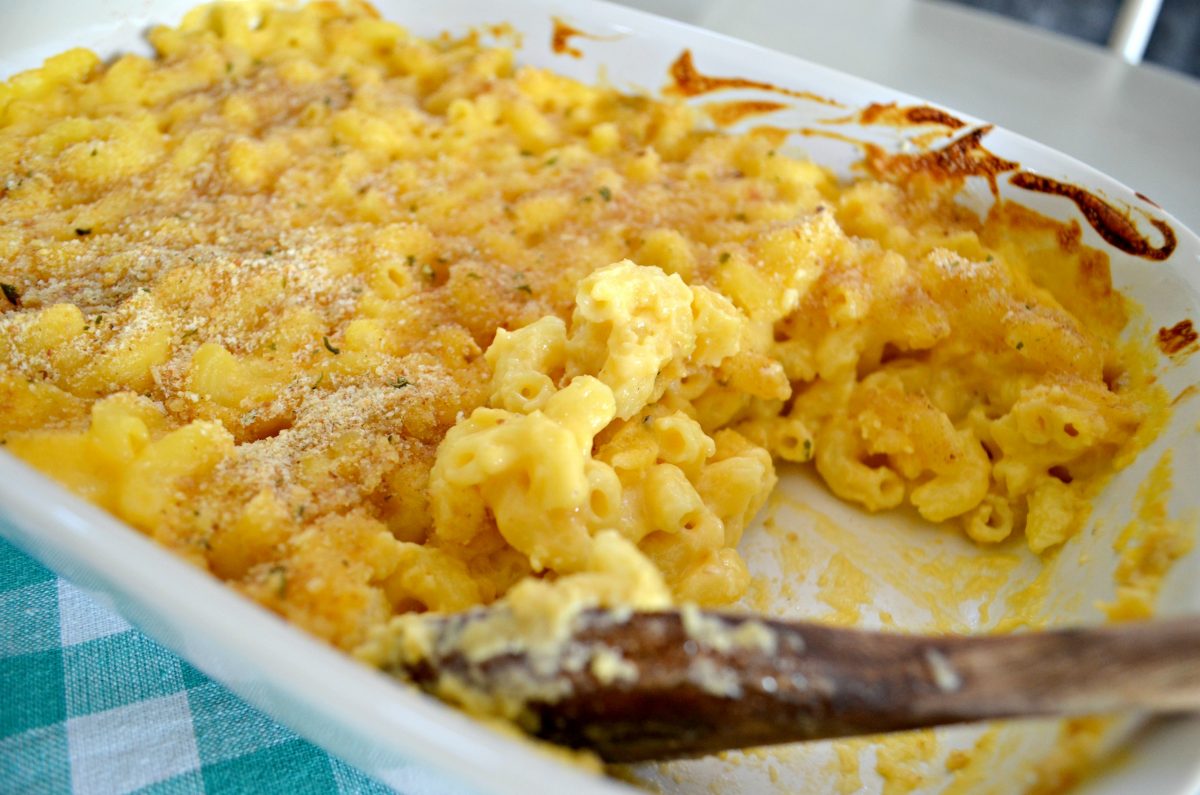 Get the recipe for Lina’s classic mac and cheese (pictured above)!

Score the Viral Maybelline Sky High Mascara on Amazon (And Save BIG)!

Our Favorite Time and Tru Canvas Shoes are Only $10.98 at Walmart! 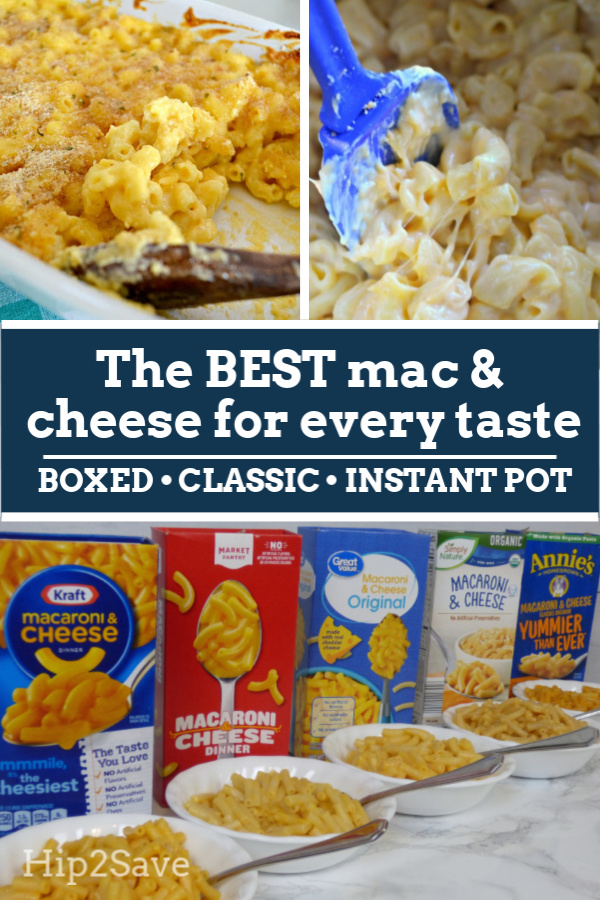