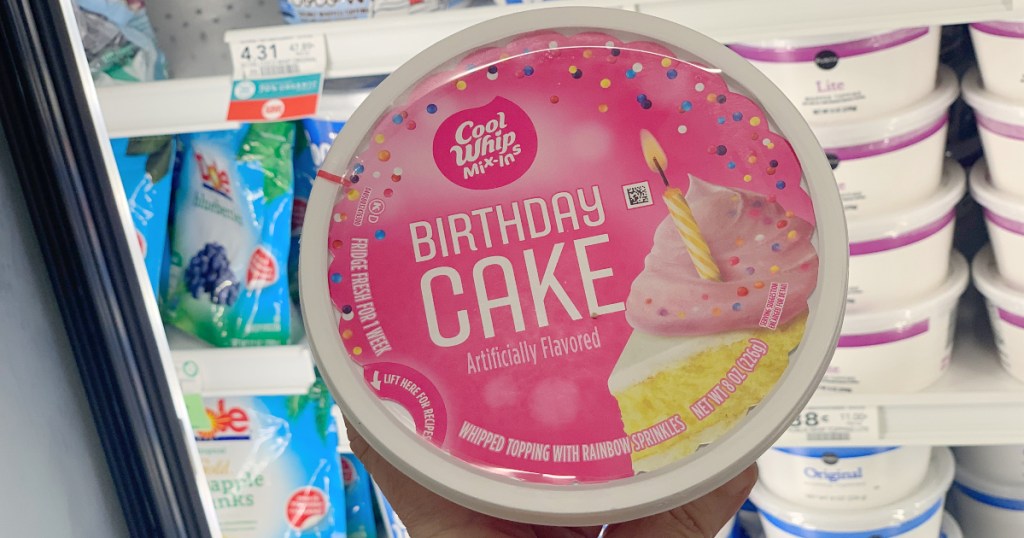 Celebrating a birthday? Cool Whip has whipped up a new flavor!

After a long history of serving as a dessert topping, Cool Whip has started adding mix-ins that could make it a spotlight-stealing dessert on its own. We’ve thoroughly enjoyed the OREO and Double Chocolate Brownie varieties, and we’re pretty excited to try the new Birthday Cake flavor, too. 🎂

We spotted this heavenly new flavor of Cool Whip at Publix, where it was priced at $2.16 for an 8-ounce tub. Hip team member Angela promptly scooped it up from its spot in the freezer case and dashed home for an informal taste test. According to Angela, this new product did not disappoint! 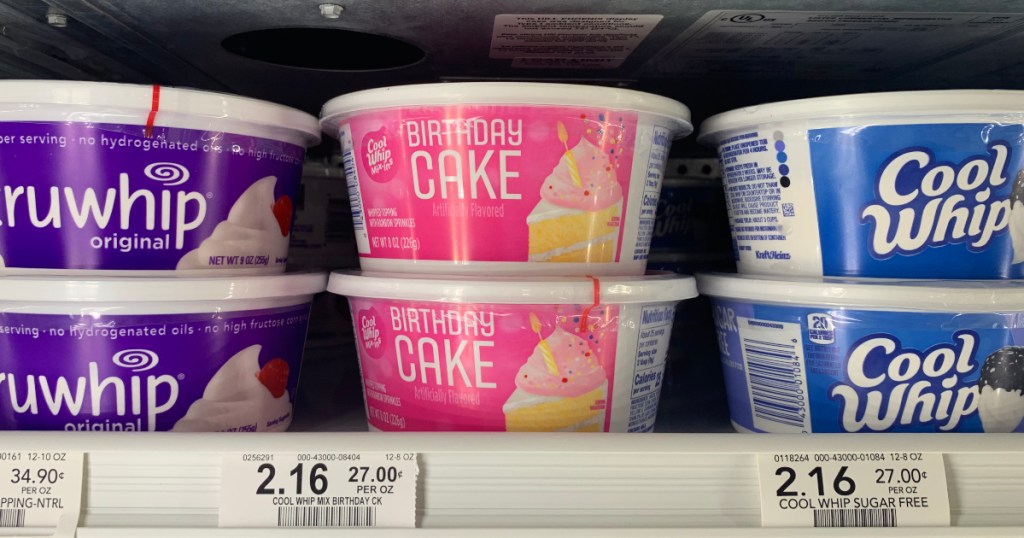 Instead of the creamy white color of classic Cool Whip in the blue tub, the Birthday Cake flavor is a dreamy shade of pink with colorful sprinkles mixed in. It seems like the kind of topping that would look good on just about anything. How does it taste? “Like a birthday party on a spoon,” said Angela. 🎉

It’s fun to think about all of the possible uses for this new Birthday Cake whipped topping. Pair it with your Funfetti baked goods, dip fruit or Nilla Wafers in it, or spoon it directly into your mouth. 😋 No judgment here!

Have you had the chance to try this new flavor of Cool Whip? Let us know how you liked it!

Put your Cool Whip on top of one of these dessert recipes!