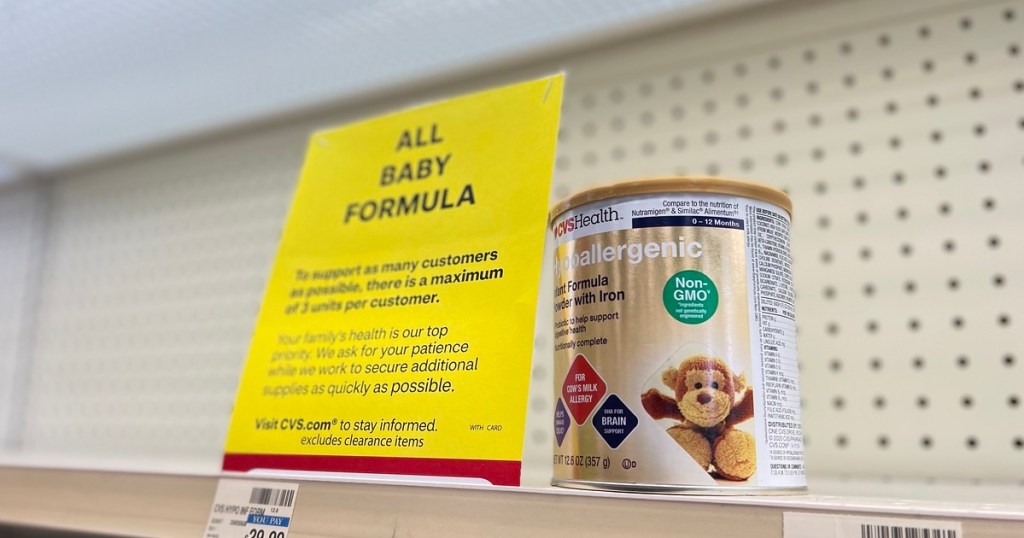 A nationwide shortage of baby formula caused by supply chain issues is intensifying, leaving parents frustrated and worried about how they’ll fill their baby’s next bottle.

Supply chain issues have affected nearly every industry throughout the pandemic, with some shortages resolving gradually over time. But baby formula scarcity has continued to escalate since it was first identified in the fall of 2021. 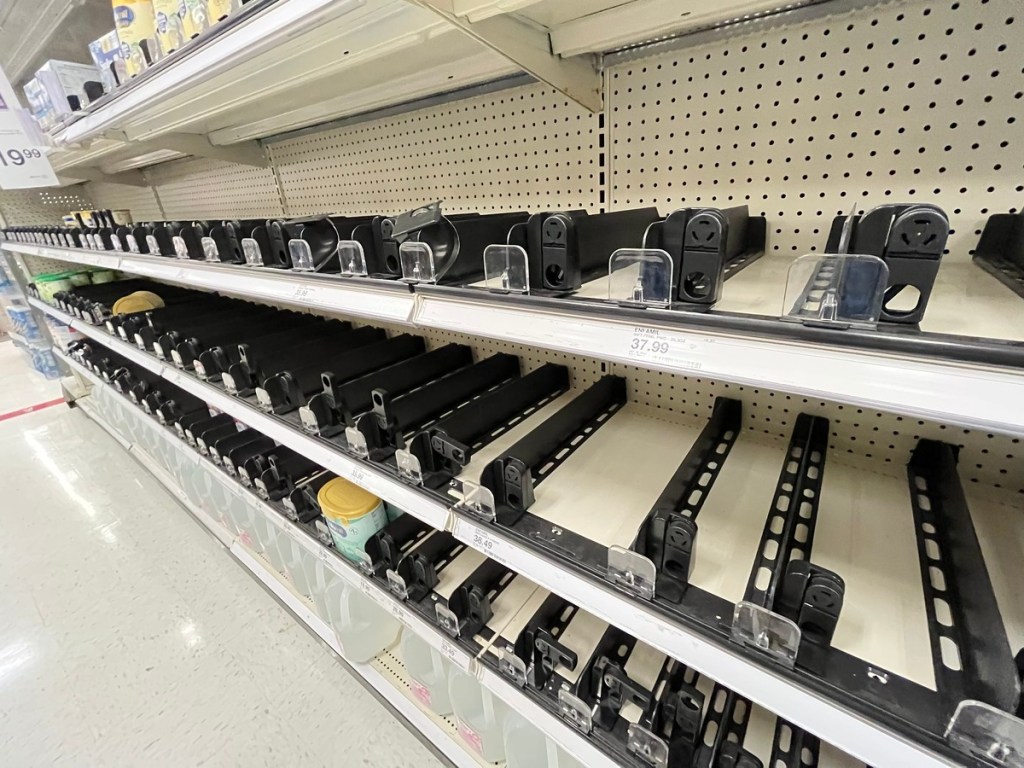 For months, retailers have struggled to keep their shelves stocked with baby formula. Manufacturers say they’re making as much as they can, but it’s still not enough to keep up with demand.

According to Datasembly, out-of-stock rates started rising at the end of November and reached 31% nationwide in April. Some states now have OOS rates at 40% or above. If your child needs any kind of specialized formula, then you probably already know that it can be even more difficult to locate those.

CNN reports that this issue began to intensify after a major manufacturer recalled Similac, Alimentum, and EleCare products following the deaths of two children. Now, major retailers are starting to limit the amount of formula that customers can buy. 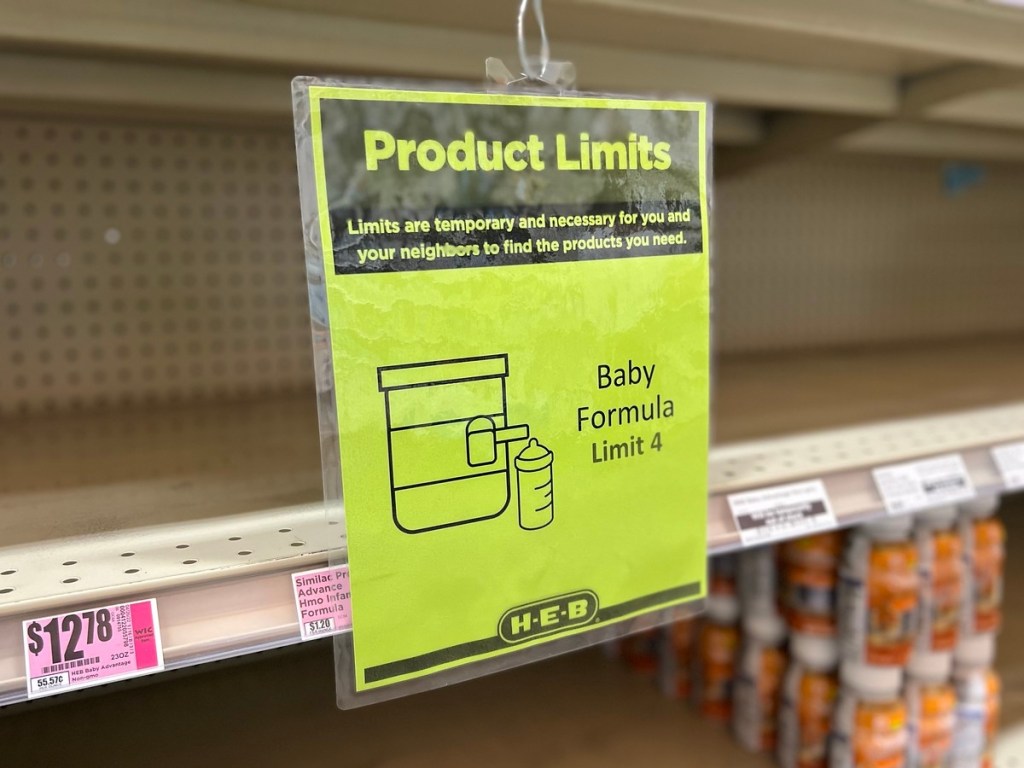 The New York Times is reporting that CVS and Walgreens have placed a three-item purchase limit on baby formula. Target is limiting online purchases to four units, although there doesn’t appear to be an in-store purchase limit yet. Costco appears to have limited the online sale of its baby formula as well.

While Walmart has yet to confirm any nationwide purchase limits, customers have reported seeing signs at select stores, announcing varying purchase limits that seem to vary by location. Countless grocery stores are doing the same.

“Inflation, supply chain shortages, and product recalls have brought an unprecedented amount of volatility for baby formula. We expect to continue to see the baby formula category being dramatically affected by these conditions. Baby formula stock has been one of the more affected categories so far in 2022, and will continue to demonstrate higher than average out-of-stock levels.” – Datasembly founder and CEO, Ben Reich 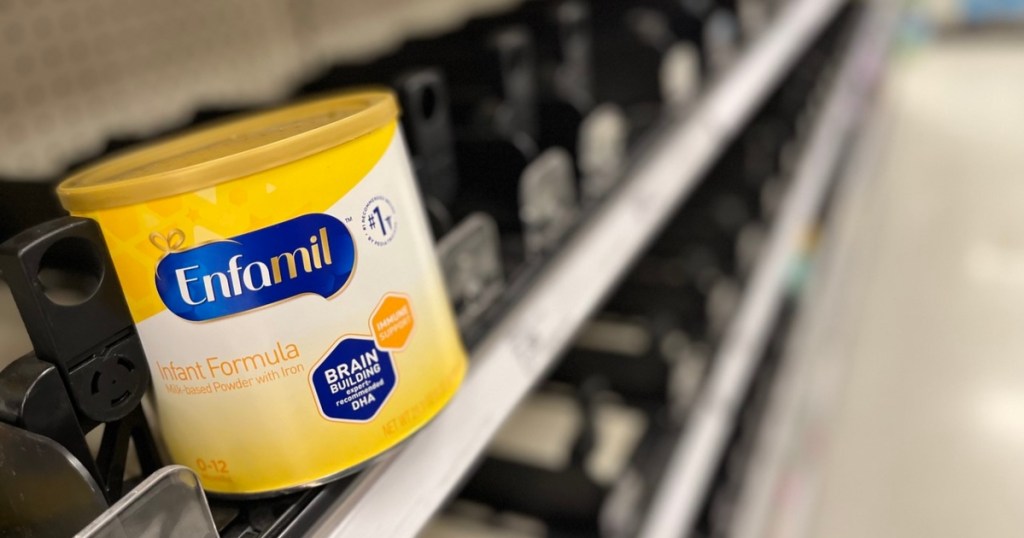 If your family has been affected by the baby formula shortage, the Infant Nutrition Council of America suggests consulting your child’s ‎pediatrician for safe feeding options.

Parents Magazine has also published an article offering additional advice for families struggling to find formula amidst the ongoing shortage.

Keep up to date with all the latest news from the world of retail.

Extra 50% Off Gap Factory Clearance + Free Shipping on ANY Order | Prices From $2.98 Shipped