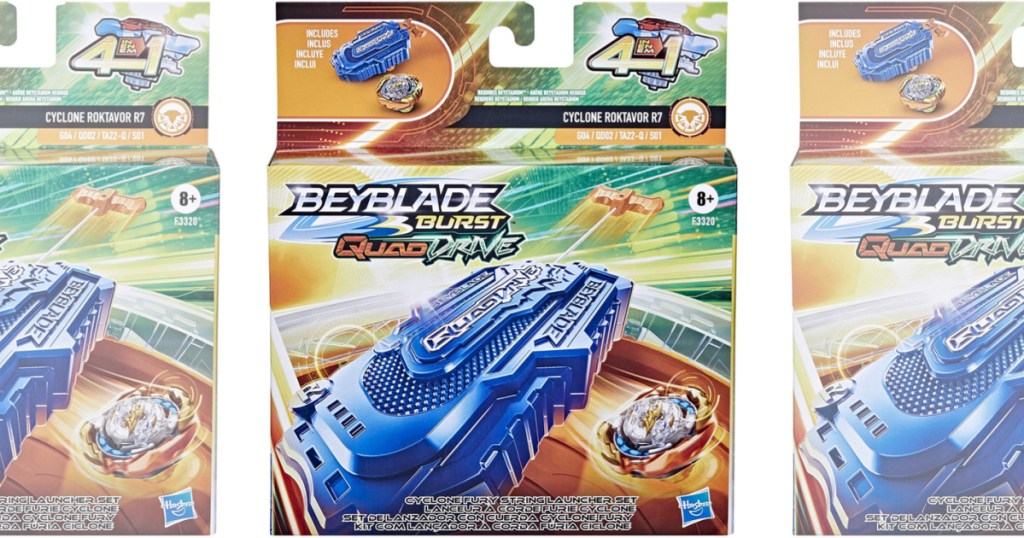 Amazon brings all the kids to the yard!

Stroll on over to Amazon where they’re offering this Beyblade Burst QuadDrive Cyclone Fury String Launcher Set for only $17.47 (regularly $22.99)!

This launcher allows for quick launches with no need to insert a ripcord for each battle! Move the switch on the launcher to change spin modes and launch left or right. Even better, you can scan the code on QuadDrive tops to take the battle to the next level! Including using the Beyblade Burst app to unleash your top in a virtual battle with other Bladers worldwide!

Check out the savings… 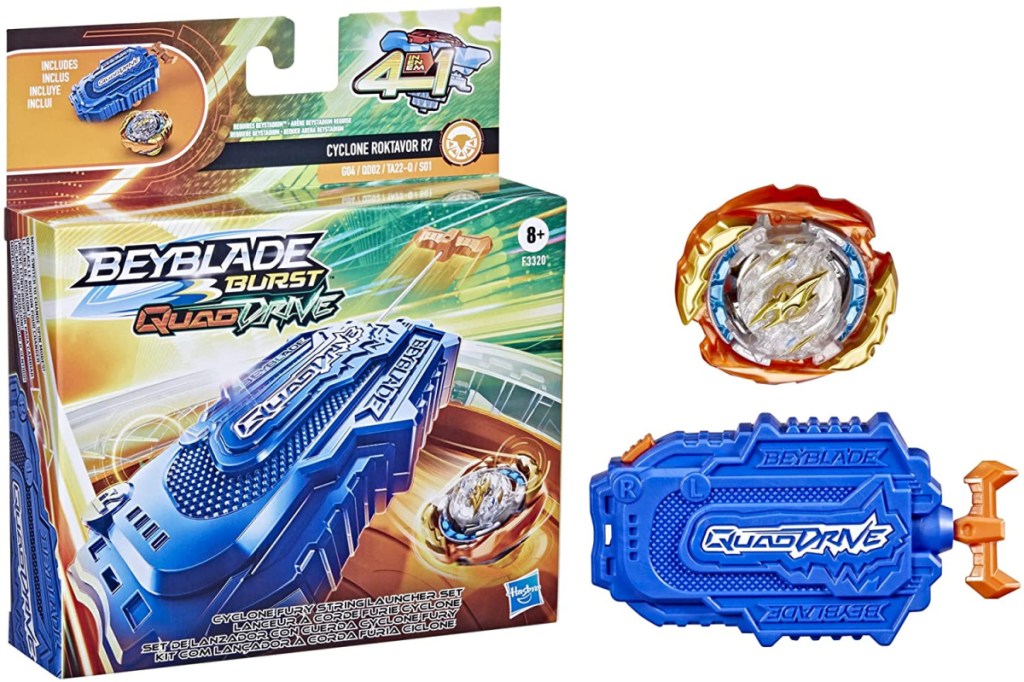 Check out this awesome review…

I have been waiting for this set for a long time! The string launcher is really awesome and can launch both left and right-spin Beyblades. It is easy to use and it’s so refreshing to use a Hasbro string launcher. Cyclone rotavator is a really cool Beyblade that uses the quadrate system, so you have four modes to choose from. The bey doesn’t have great stamina, but it is a really cool Beyblade to use and I think this set is worth getting if you are a Beyblade fan. Highly recommended.

Grab a toy for your local toy drive HERE!