Codenames Duet Game Only $7.99 on Amazon 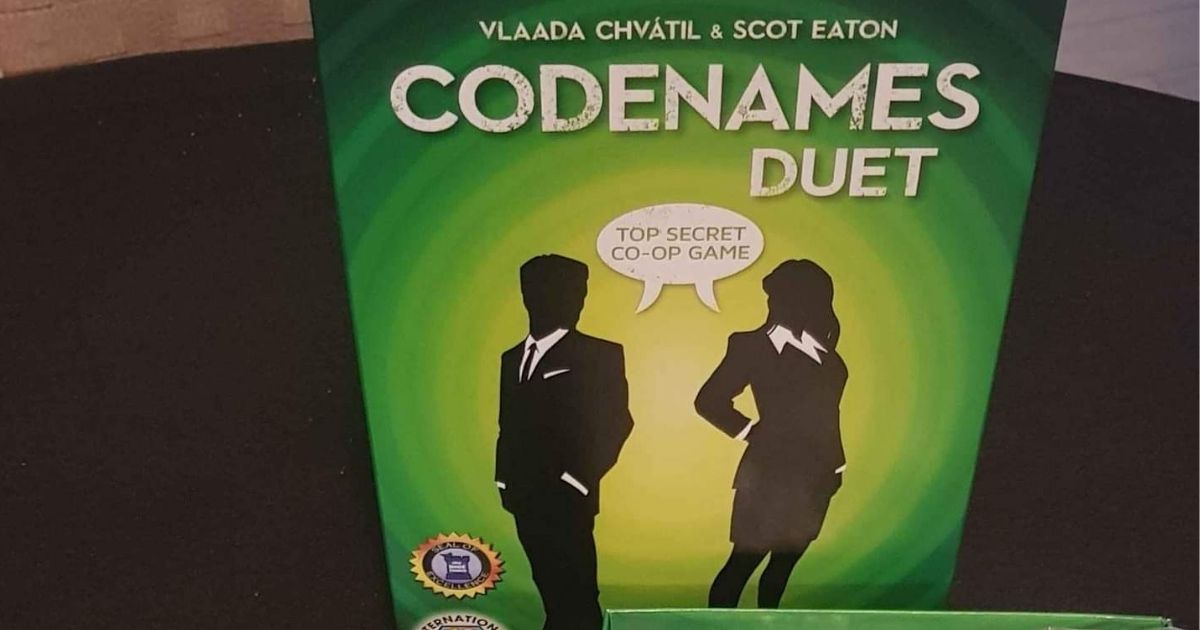 Amazon has a new game you can add to game night!

Rush over to Amazon or Target where you can score this Codenames Duet Game for only $7.99!

Codenames Duet takes our favorite word deduction game and makes it cooperative! Two players work together to give each other one-word clues that can point to multiple cards on the board, but you have to be careful not to accidentally give a word clue that might make your partner guess the assassin card! Featuring over 400 new words, this Codenames game gives a whole new spin to the original version!

Plus, since you can play with just two players, it’s great for date night or when you’re wanting one-on-one time with one of your kiddos! 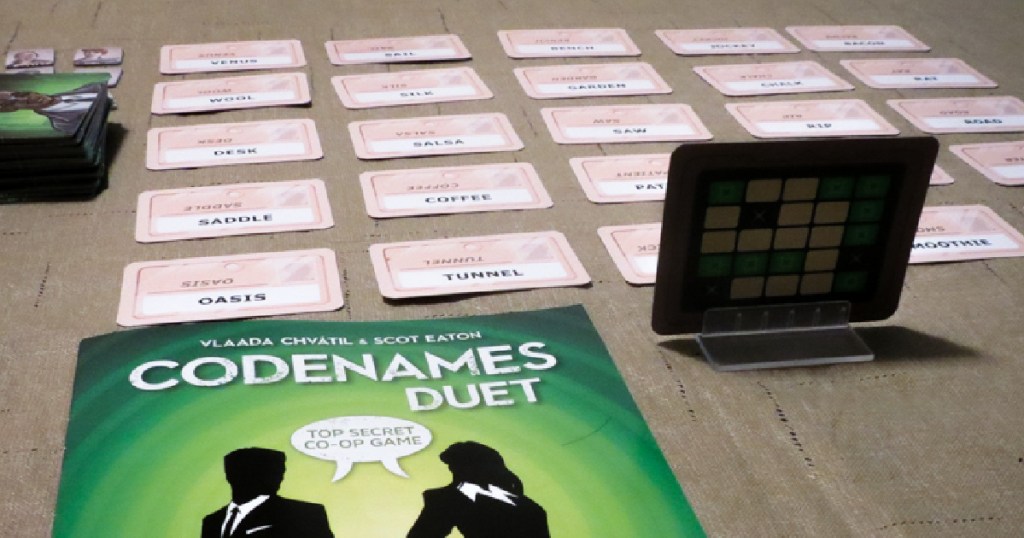 Both the original Codenames and Duet have the same fun word association mechanic at their core, but I find Duet much more enjoyable because it takes away the terribly unbalanced oppositional team mechanics and replaces them with cooperative mechanics.

The difficulty of a round of Codenames is dependent upon the random layout of words and your objective card. Sometimes you luck out with a bunch of words that are easy to relate and “death” words that are easy to avoid. Sometimes you get a devilishly difficult layout where you have to rack your brain just to make a tenuous connection between two words without leading your team astray. This randomness in difficulty makes the oppositional nature of the original Codenames very poorly balanced: sometimes one team has a word layout so easy that makes it almost impossible for them to lose right from the start.

Duet eliminates the poor balance problem by putting you and the other player(s) on the same team. This shared fate means no team unfairly benefits from randomness: if one side has an easy layout it helps everyone win the game. The inclusion of more “death” words for both sides also makes the core mechanic more difficult and provides some threat of losing even in a co-op game. Due to the random difficulty of rounds I don’t find the “clue limit” mechanic to be compelling and I no longer play with it. We just to try to finish with as few clues as possible.

Even though this game is called Duet and designed for 2 players, it works great with teams.

Pick up other great deals on board games here!

Marvel United Strategy Board Game Only $16.90 on Amazon (Regularly $35)