Funko Disney Mickey and The Beanstalk Game Only $8.83 on Amazon (Regularly $20) 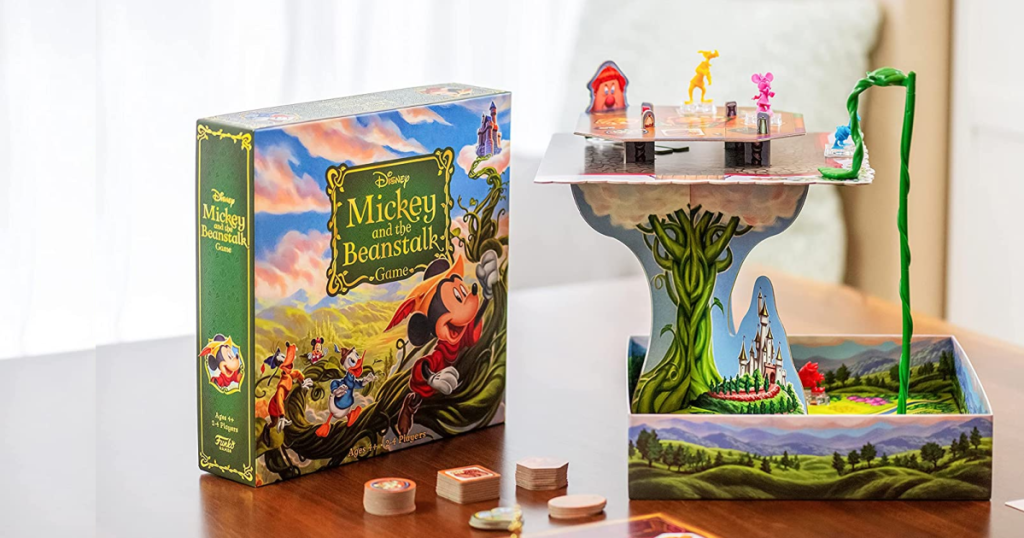 Hurry over to Amazon to score the Funko Disney Mickey and The Beanstalk Game for just $8.83 (regularly $19.99) – lowest price ever!

This beautifully illustrated 3D game is inspired by the 1947 animated classic. It’s a cooperative game that lets players work together to collect food from the Giant’s table. Don’t get caught or the Giant will lock the food away! Rescue the Golden Harp from the lock box and slide down the vine to bring everything home. Feed the village and return the harp to Happy Valley to win! 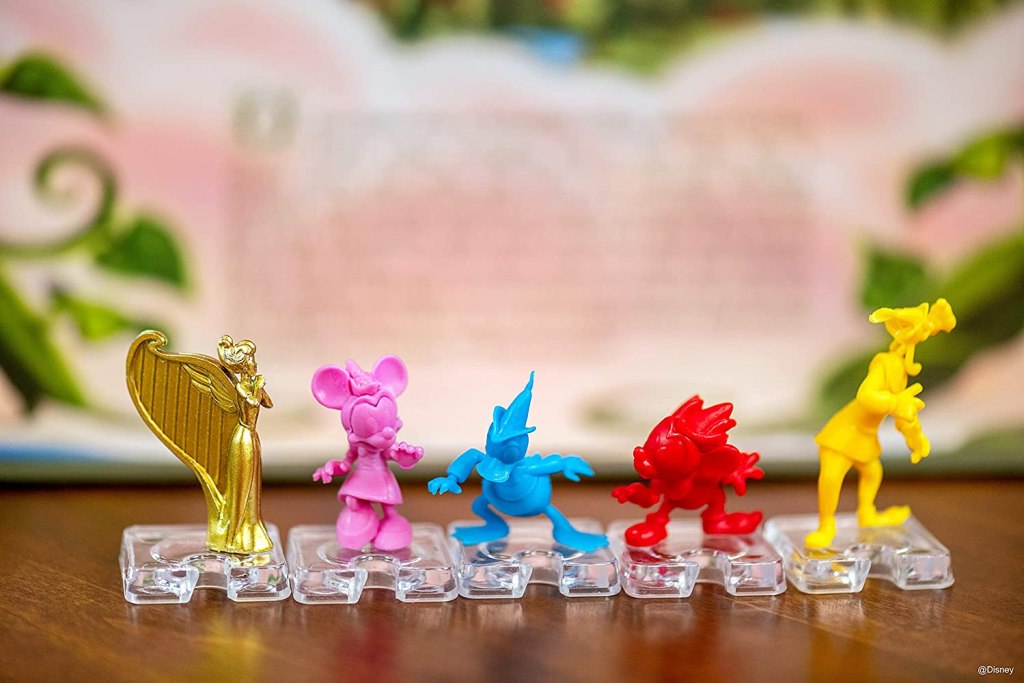 While this one is for kids, some reviews say it takes a bit to learn…

As an adult ‘boardgamer’ I was actually pretty impressed by how fun this game really is. The instructions could be written a little bit better, but there’s a youtube video that teaches you how to play in less than 5 minutes. With both of these resources together, I had the game rules down in 10 minutes, and my 5 year old knows them well too. The instructions really aren’t that bad. You’ll refer to them for the first couple playthroughs, but after that you’re good. Each game is 30 minutes tops.

This game has a little bit of everything: Counting, color recognition, shape recognition, problem solving, and strategy… even suspense! I think 4 years old might be a little young, but my 5 year old has no problem with it. She loves making decisions for herself and of course she especially loves sliding down the beanstalk.

This game is fun. My 5 year old loves sliding the pieces down the beanstalk. Others correctly note that the instructions and difficult to figure out, but the video is helpful. However, when you have young kids waiting to play they do not want to sit around while adults try to figure out the rules. Plus, it takes a few minutes to set up the board! Once we learned the rules they were pretty easy to follow for the adults, but my 5 year old was just moving as we told him do and did not really understand the strategy. We only played once so hopefully he will catch in on another game or two- but don’t expect young kids to be able to sit down and start playing. Either way we all had fun!

If you’re still shopping for the kiddos, don’t miss these deals…