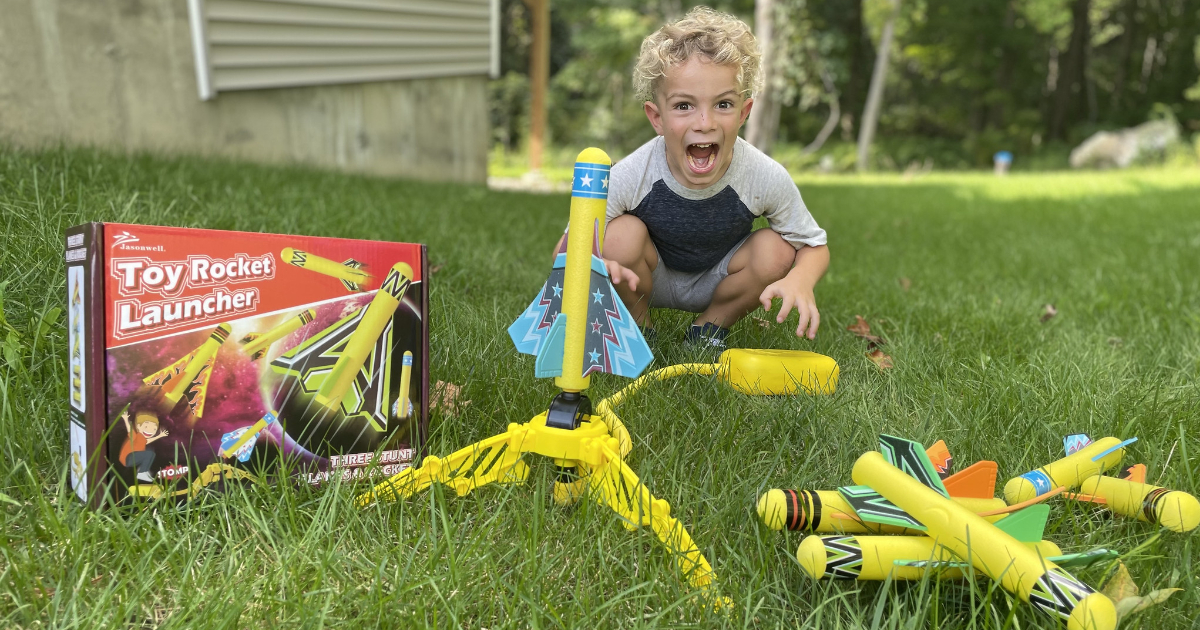 Through November 27th, head over to Amazon where you can score this Jasonwell Toy Rocket Launcher Set for just $10.87 when you use promo code 20CSZ3AH at checkout!

Your child will have a blast sending these foam rockets and planes in the air with a simple stomp on the toy rocket launcher. It’s easy to assemble and with three planes and three rockets included they can have fun launching over and over again!

Each rocket/plane can soar up to 100 feet into the air, and the launcher is adjustable so you can change your flight angle and try to hit different targets for an added challenge. And even better, this launcher is powered by your kiddos, meaning no need for batteries! 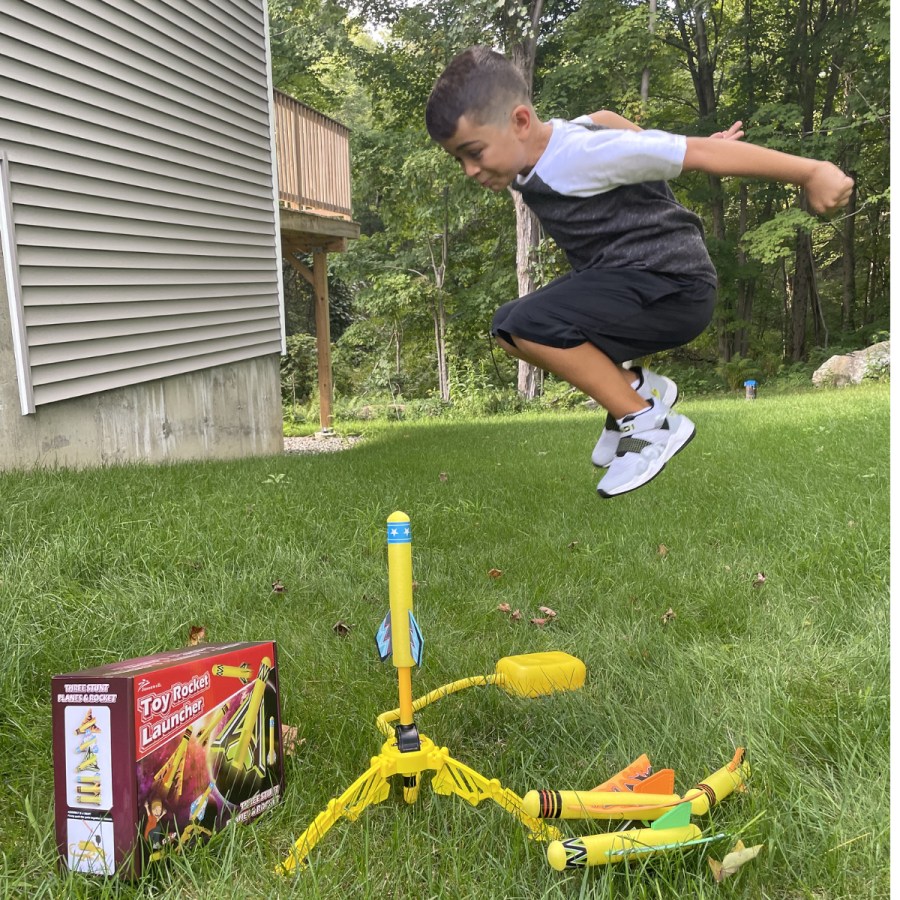 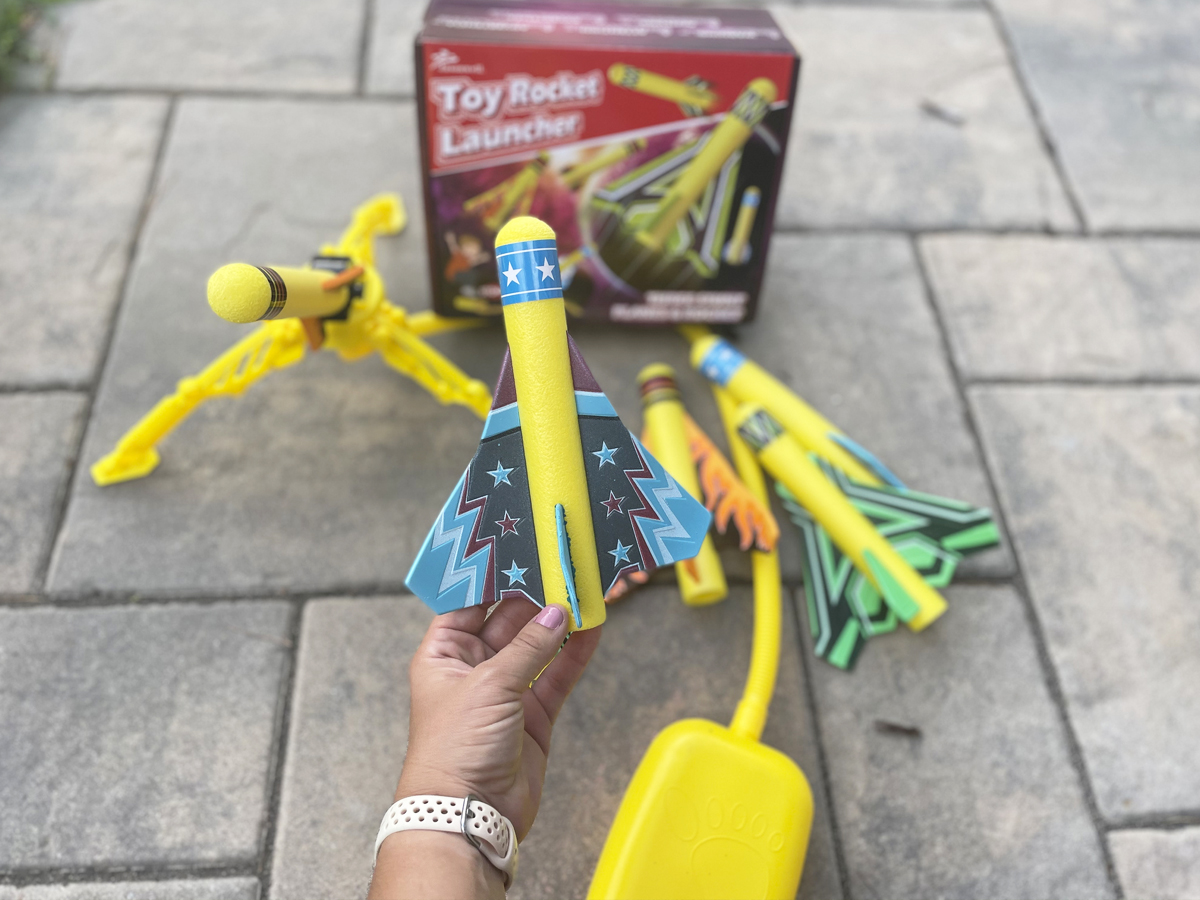 On the fence? The Jasonwell toy rocket launcher gets great reviews…

Like everything about this item. We’ve had 4 kids play and take turns or team up for the distance. Nice even 1 can play. Kids have figured out different angles for each rocket. The toy/game is very stable as long as the rockets are not stepped on. Lol. Had a few into trees, but the problem was solved. Nothing broke from many hours of fun. I’ve learned that “rubber cement ” applied per instructions, can usually fix the foam pieces to play again. 100% great.

Purchased for a 3-year-old, works great, holds up to toddler abuse, is easy to assemble, hrs of entertainment! The air hose disconnects from the base occasionally but seems to be intentionally designed to do so and has saved the product from heavy-handed toddler abuse! Plus easy enough to reconnect that my independent toddler can fix/reconnect herself! Definitely worth the money and superior product base compared to a cheaper “off” brand also purchased. 5 stars!

My grandkids had something similar at their house so I thought I would get one for them to use at our house. This one was way cooler. In addition to having two types of projectiles as opposed to only a rocket with the set they already had, the ability to change the launch angle was a big plus. We were surprised at how far the planes would go when launched at an angle. They had lots of fun with it!!

Erika has a Bachelor’s Degree in Anthropology from Sonoma State University and 5+ years of writing experience from various deal sites including Hip2Save.