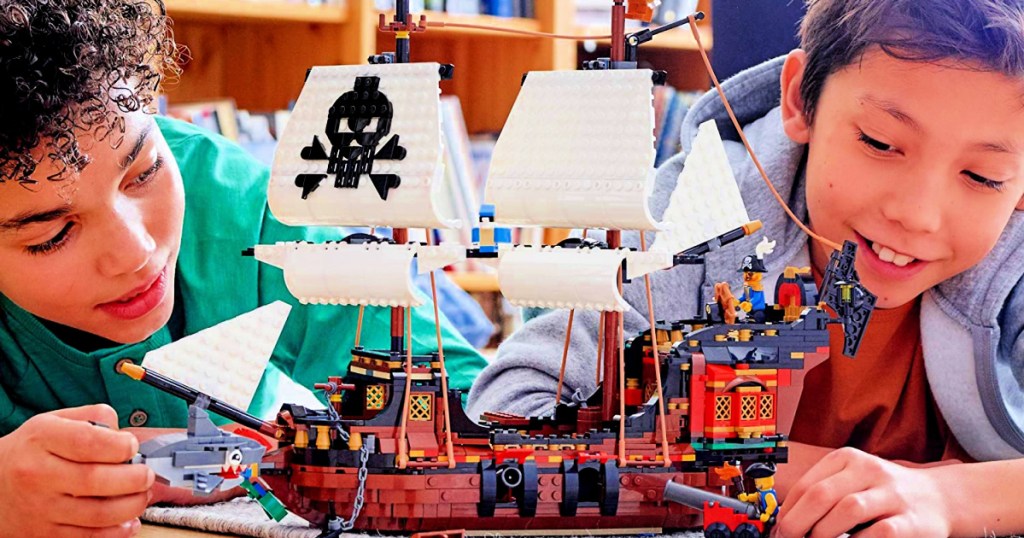 Build up the savings on Amazon!

Even better, Target Red Cardholders save an additional 5% off! 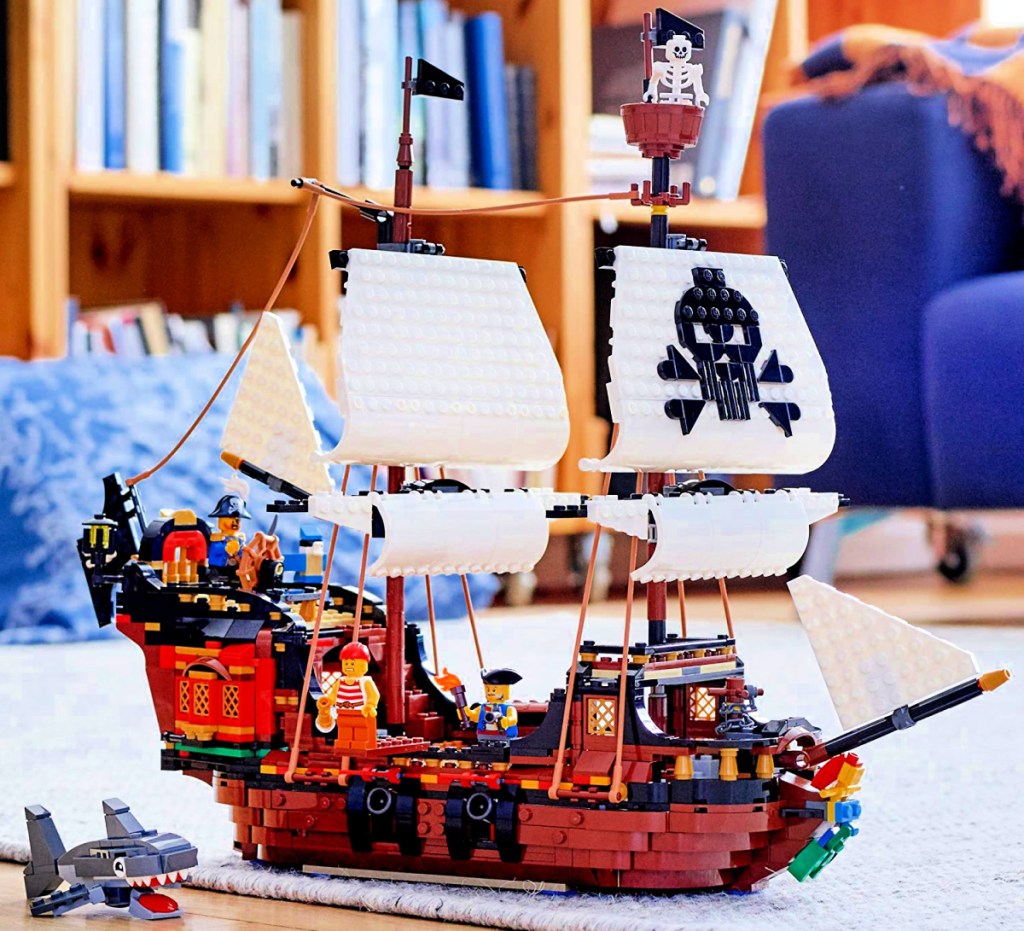 There are moving sails, cannons and a cabin with an opening roof and sides, 3 minifigures, buildable figures including a shark, a parrot, and more! 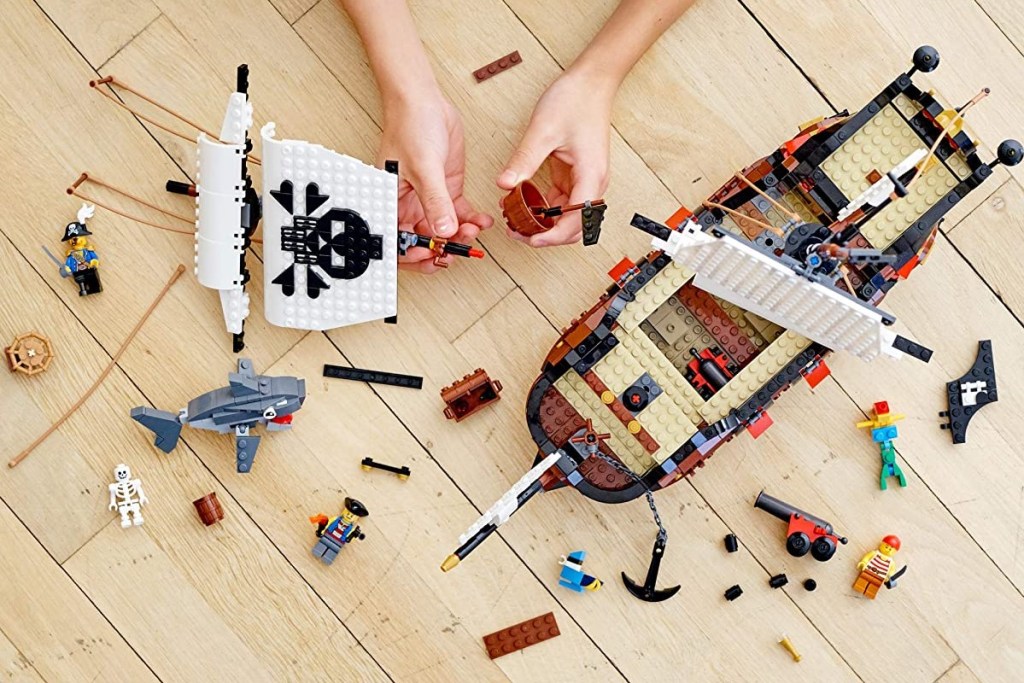 Purchased this set for my nephew and helped him build the “pirate ship” version first. Took us about 3 or so hours, but the final product was absolutely worth it. The full design is indeed clever and my nephew truly had a great time playing with the completed piece. We did not explore the other two builds, but he is interested in doing the “skull island” version next. Overall, these 3in1 sets have been a great product line, and this one is by far our favorite. The price made me hesitant at first, but since this was a gift, I decided to go for it and am glad I did.

As soon as I saw this, I knew I wanted to get it for my son. He loves to destroy and rebuild so I feel like I really get my money’s worth with the 3-in-1 sets. The ship is just as amazing in person as it is in the picture. It was a bit more challenging (he’s 8), so it at least took him a while to get it put together. He loves all the little details, from the moving parts to the skeleton.