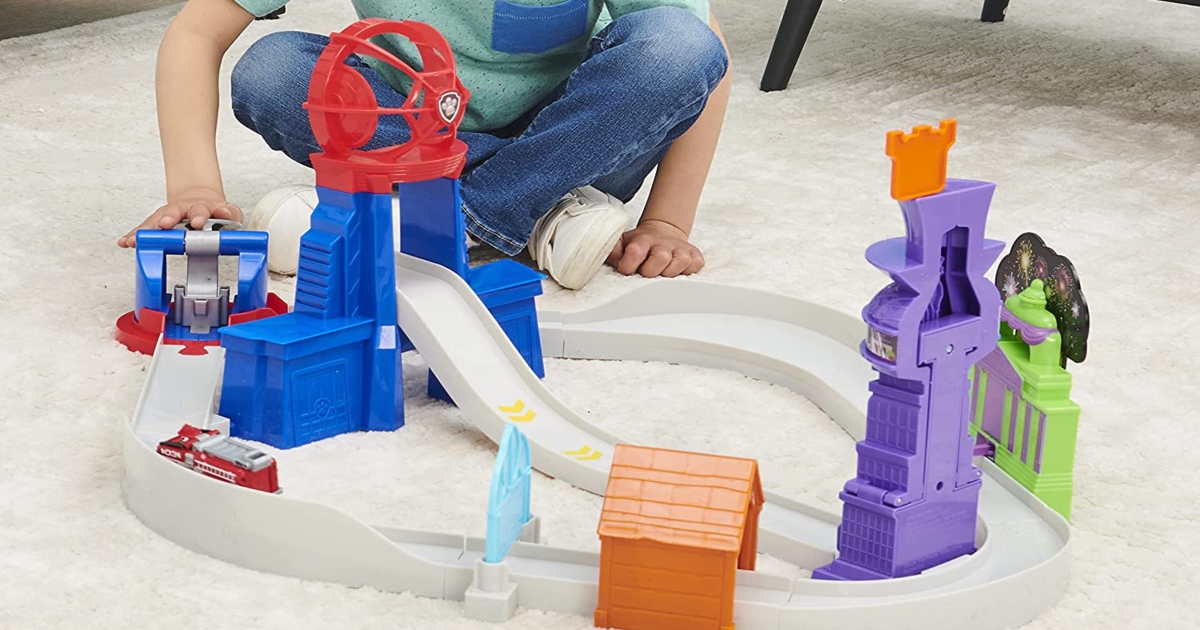 Amazon has deals your kiddo will love!

Head on over to Amazon where you can score this PAW Patrol True Metal Total City Rescue Movie Track Playset for only $20.60 (regularly $46.99) – the lowest price!

This PAW Patrol playset has a rotating launcher for multiple movie-inspired rescues! Your little one can burst through the obedience school’s wall, put out the fireworks at City Hall, and even capture Mayor Humdinger! 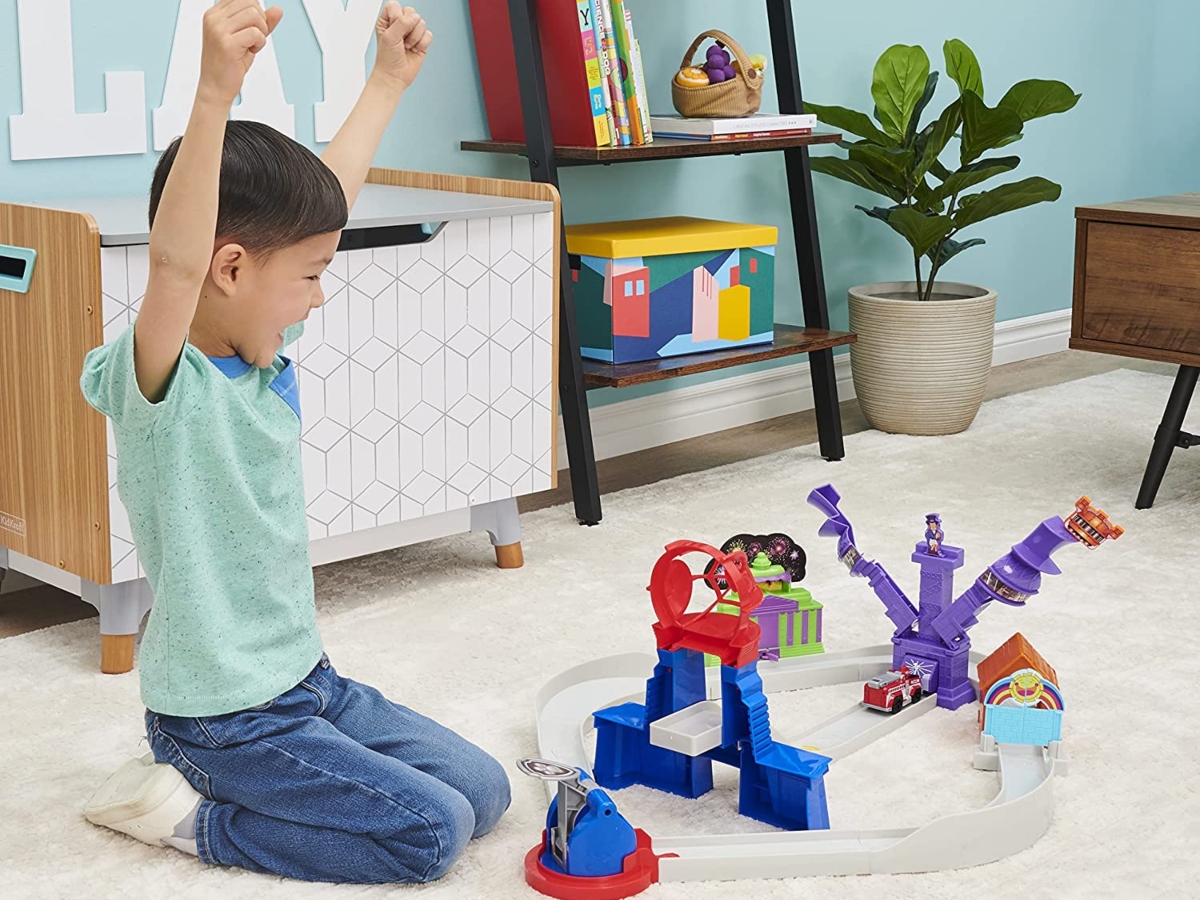 Still not sold? Check out this rave review!

A great little set for a boy who loves Hot Wheels but isn’t quite old enough to set up his own tracks or get the full benefit out of Hot Wheels sets. This Paw Patrol track set is chunkier and has fewer pieces, and while it is limited, there is still plenty of variation for a toddler to enjoy, switching buildings and track pieces around whichever way he wants.

Of course, he likes to push his Hot Wheels cars along the track too. This one comes with a single Fire Engine vehicle that can be launched around the track on its way to rescue people from various places within Adventure Bay. My son has had plenty of hours of enjoyment out of this so far.

This Paw Patrol True Metal Playset is based on the Paw Patrol movie and allows you to reenact various scenes from the movie. It was easy to set up. The sturdy pieces are numbered to help you get them in the right order. We added the stickers before we assembled them which I think was a good idea. I think we might have ended up with crooked placements in we waited to apply them after it was all put together. The set only comes with one vehicle, but supposedly other Paw Patrol vehicles will work with it. The recommended age is 3 and up which I think is appropriate.

Check out these awesome toy deals!