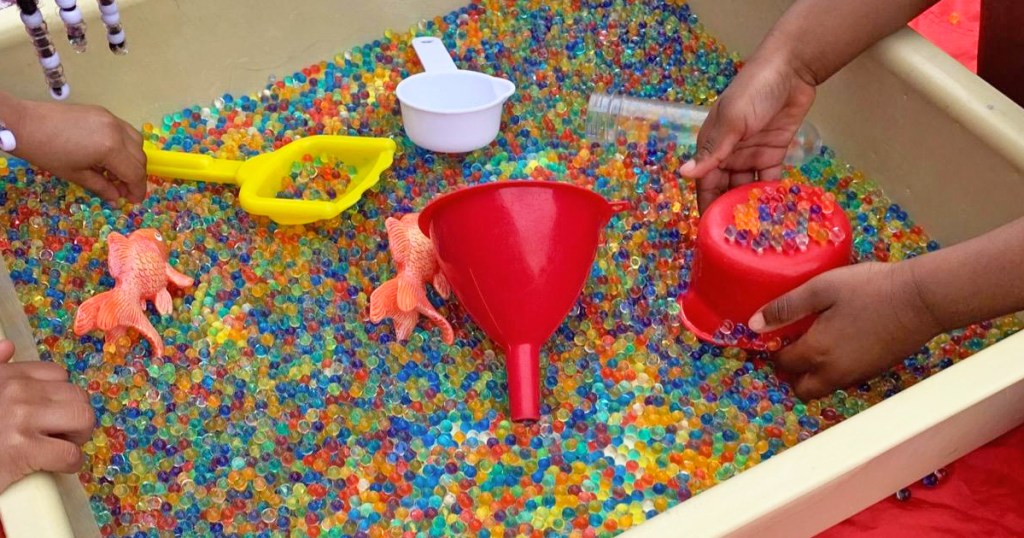 Give the kids hours of fun with this reader-fave Amazon deal!

You’ll score more than 50,000 colorful water beads that make an awesome sensory toy! They start as tiny hard balls but soak them in water and they’ll grow many times their size AND become bouncy, squishy, beautiful jelly beads. Better yet, these beads are non-fade, non-toxic, non-flammable, and 100% biodegradable.

Note that water beads are not recommended for children under the age of 3.

HIP TIP: The container these beads come in may be small, but these beads become larger than you think! You may want to consider only taking out a tablespoon of water beads at a time to avoid an overflow into your home.

While these water beads are perfect for the kids’ play, you can also use them to help plants retain water and reduce the amount of watering they need, as they gradually release water. They can even replace soil completely for some plants!

If you’re feeling crafty or hosting an event like a child’s birthday party, these beads would also make a cute centerpiece decoration!

Note that these water beads are shipped from Amazon and sold by Elongdi, a third-party seller with 97% positive total reviews. 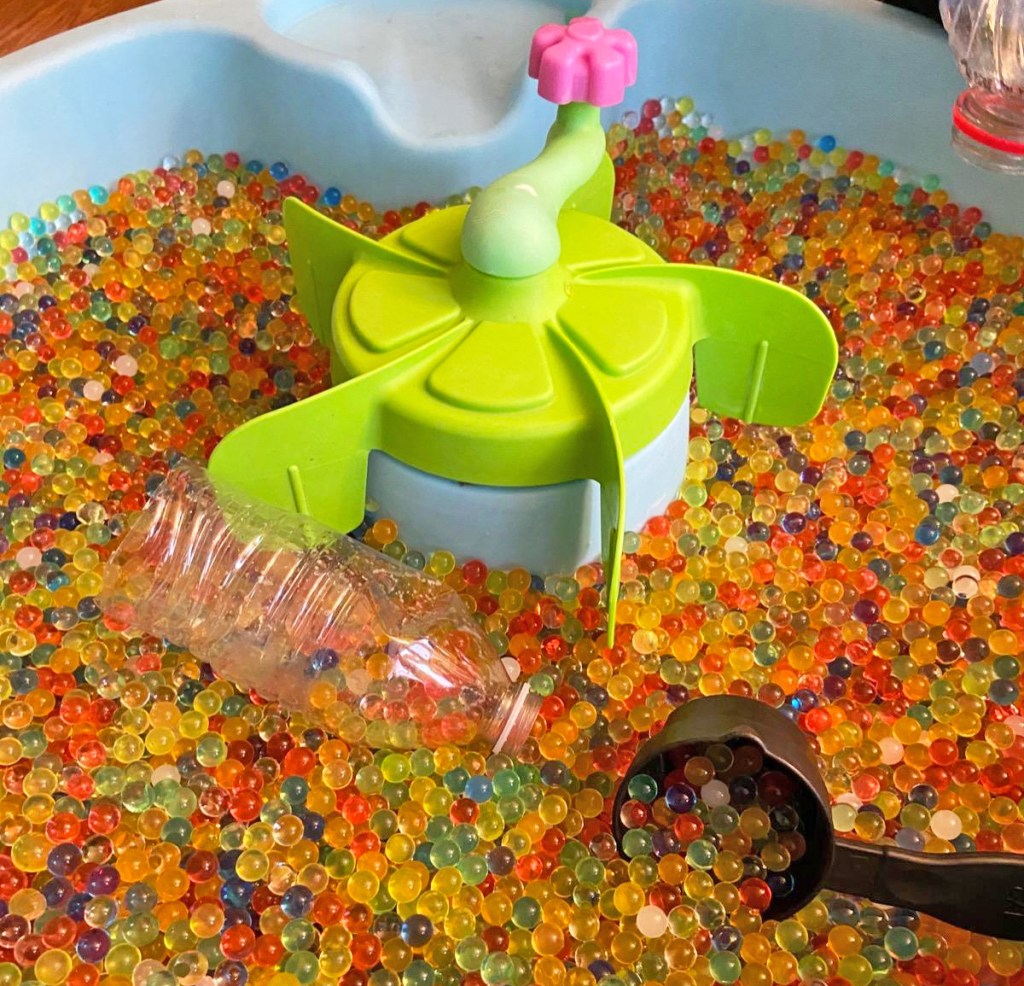 I love everything about these. As other reviewers have stated, I thought the bottle was very small…lol. These little things are crazy…I’ve just used a little bit so far and I have tons of beads. I keep them in a bowl and play with them daily as an adult (shhh…don’t tell on me) they make me smile. 🙂

These are epic! I got them for my baby and I swear me and my hubs played with them just as much as he did. They lasted us for a full week of play, so super affordable and giftable too. Purchased a few as gifts after, and they’re a kid favorite.

Important things to note: Allow 24 hrs to fully expand. So put them in water, a lot of water because they keep expanding, the day before you want to use them. The balls are super tiny before plumping up so do not put them in your sink or bathtub until they’re fully plump because they can go down the drain. We used them in a big bowl, baby bath, and normal bath, then when we were done we smushed them and broke them up on baking sheets – they’re so versatile and lasted so long! I think in the summer we will fill our kiddie pool with them too.

Also a little goes a long way. We used not even 1/4 of the bottle for our first round of play in the baby bathtub. In a kiddie pool, I’d probably use a full bottle.

Find deals on all kinds of toys your kiddos will love over here!

Erika has a Bachelor’s Degree in Anthropology from Sonoma State University and 5 years of writing experience from various deal sites including Hip2Save.