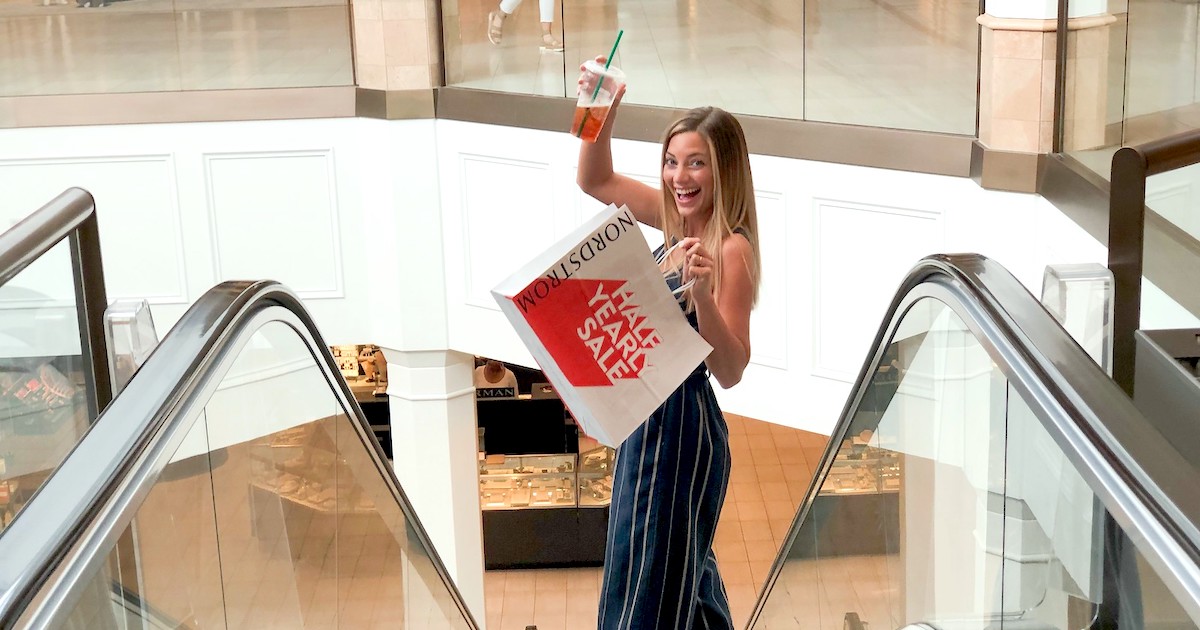 Get ready to shop the next Nordstrom Anniversary Sale! 🛍️💸

If there’s one thing I know, Nordstrom shoppers don’t just live for summer, they live for a legendary sales event that happens every year! During the Nordstrom Anniversary Sale, Nordy shoppers score incredible savings on thousands of items – some up to a whopping 75% off!

Every year, there are hundreds of luxury brands included in this sale, so you can always count on this event to be totally epic!

1. Know when the Nordstrom Anniversary Sale is happening. 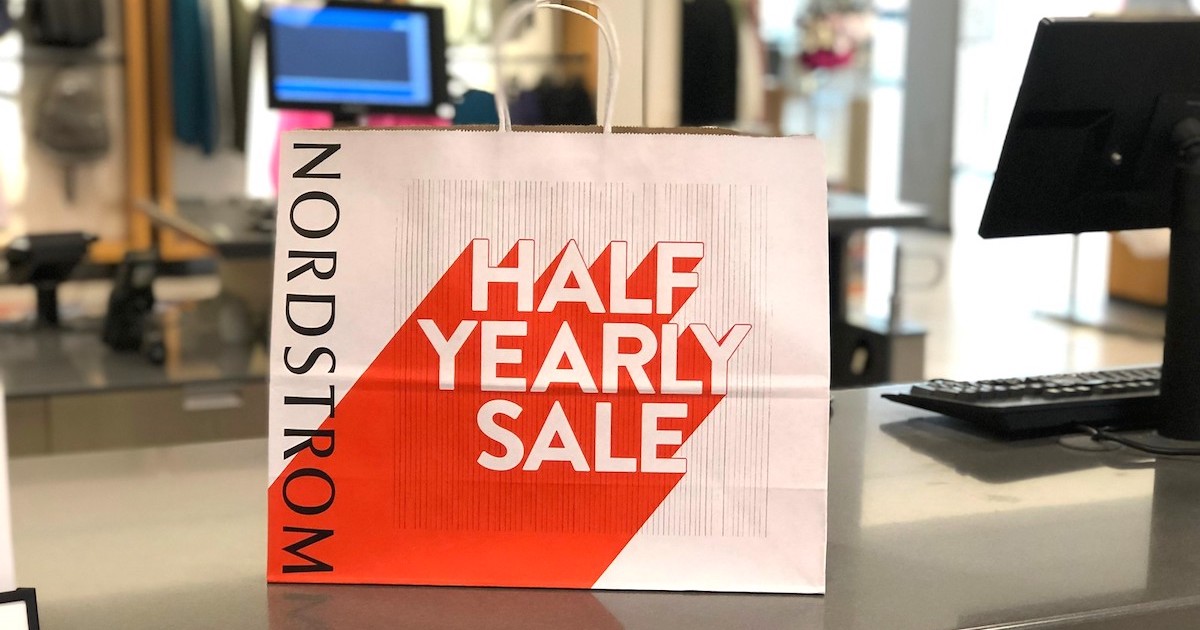 Nordstrom usually announces the date of its Anniversary Sale a few weeks before the actual start date, giving us plenty of time to prepare. This event typically begins in late July/early August, and in 2021, it opened to the general public on July 28.

Nordstrom cardholders always get an invitation to start shopping the sale even earlier, so if you’re not already a cardholder you’ll want to make sure you apply before the next sale begins in July 2022!

Live in Canada? The Nordstrom Anniversary Sale for Canadian shoppers typically runs concurrently with the American sale. To learn more, go to nordstrom.ca/anniversary. 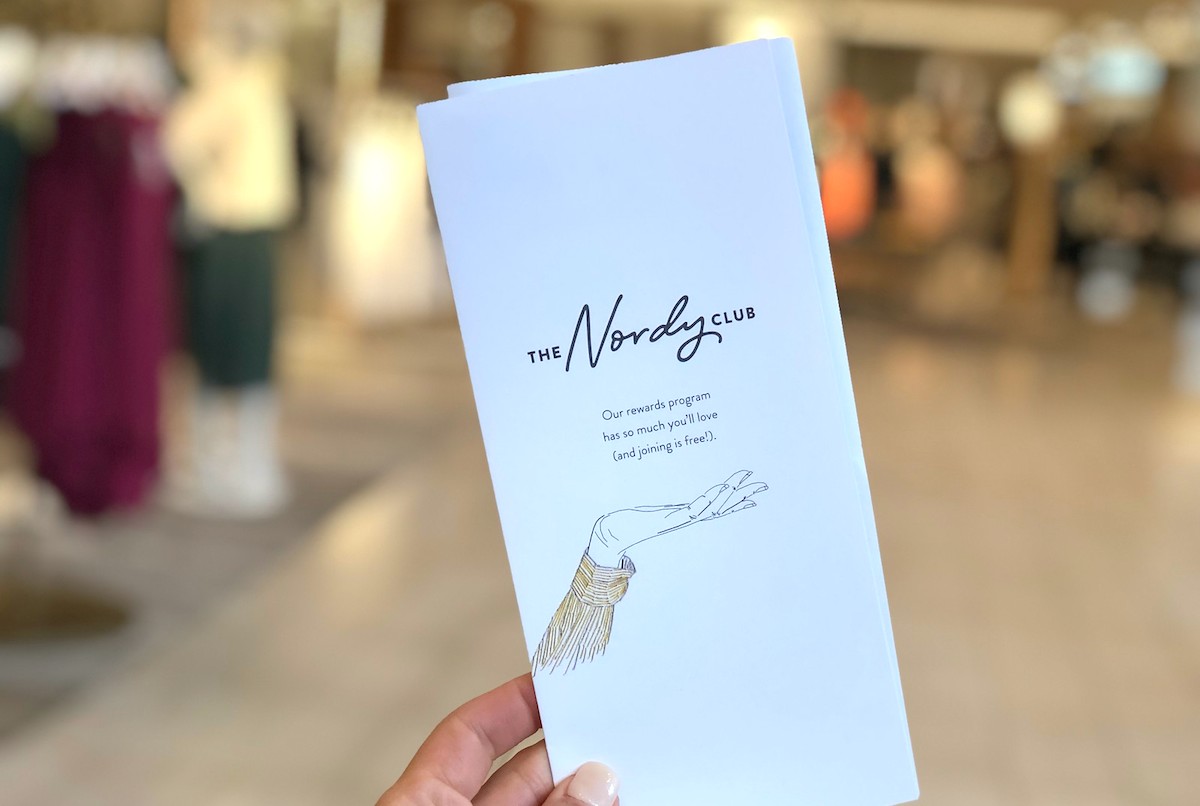 If you want early access to shop the biggest deals during the Nordstrom Anniversary Sale, become a Nordy cardholder. Exclusive to cardholders, Nordstrom opens its sale almost two weeks early, which means you’ll get first dibs on many of the items that will sell out fast. Sweet!

And they’re giving you $40 in Nordy Cash just for making your first purchase! 😱

Nordstrom is currently offering a $40 Bonus Note when you make your first purchase using your new card on the same day you apply (no minimum required!) If approved, you’ll get to use your Nordy card immediately! 🤩

*Keep in mind that you must be approved for the Nordstrom credit card to receive the Bonus Notes.

Here are the perks to having a Nordy Card during the Anniversary Sale:

During the last Nordstrom Anniversary Sale, there were rewards for everyone! If you’re already a Nordy Cardholder, you may also be able to expect a little Bonus Note in the mail before the 2022 event.

I hadn’t used my card at all in the last year and still received $10 to spend – valid until the last day of the sale! Slick move, Nordy. 😉 So keep your eyes peeled as the Anniversary Sale gets closer! 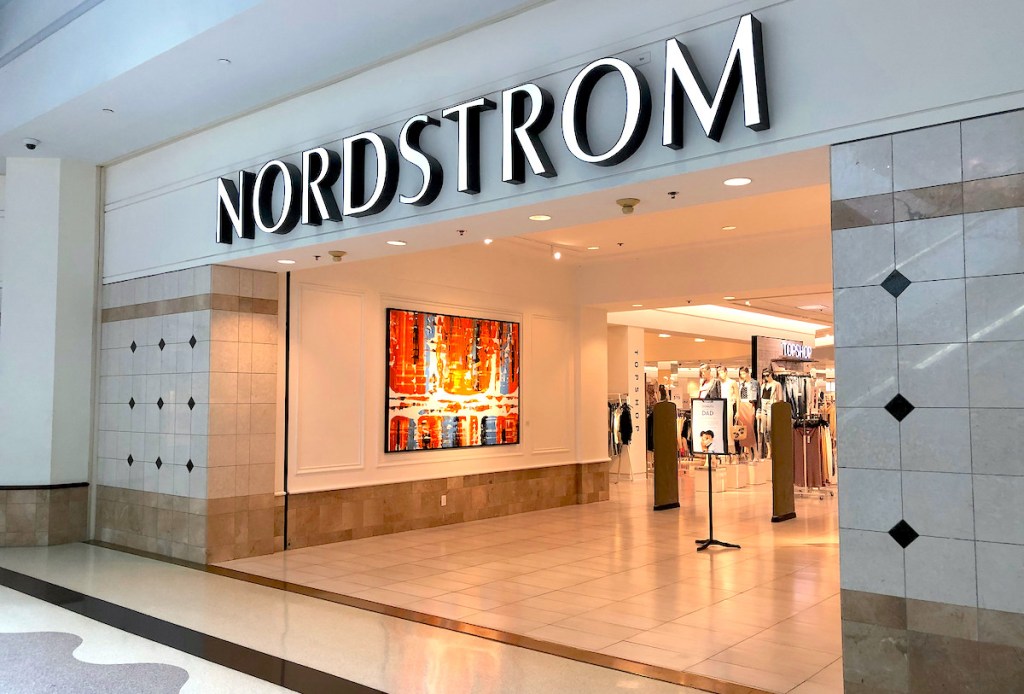 There’s no denying that this sale is great no matter how you shop, so if the credit card benefits and the ability to shop early aren’t your thing, then shopping the Public Sale will be your best bet!

Everyone can shop the sale when it opens to the general public in late July.

But keep in mind, if there’s a hot item you’ve got your eye on, chances are it’ll sell out early, so don’t say I didn’t warn ya! 😉 Even more notable, sale items return to their original price at the end of the sale, so you won’t want to hold off on your must-have purchases for too long!

3. Stock up on new fall items & save hundreds on luxury brands. 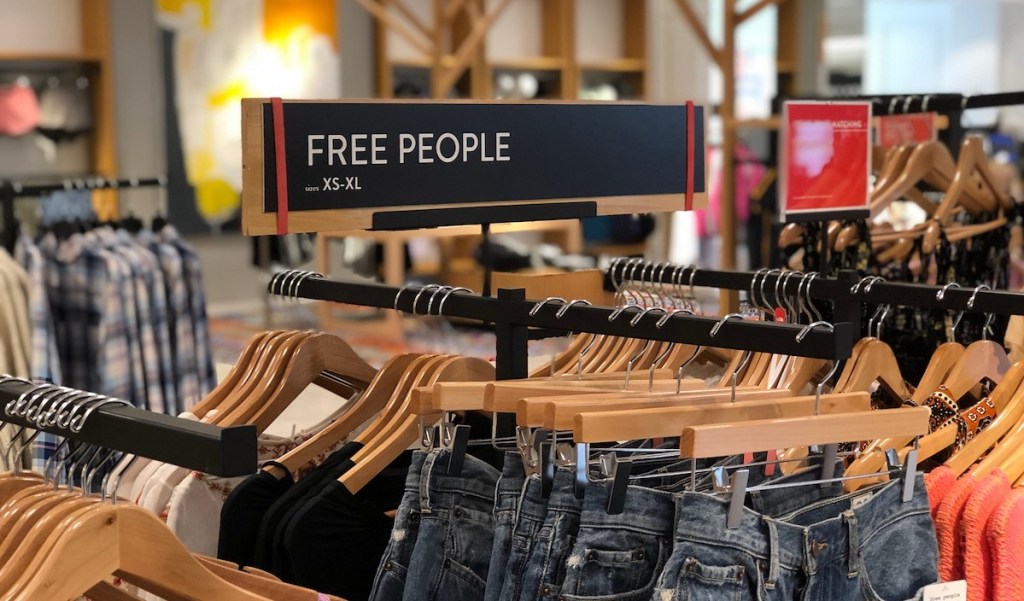 Historically, items hitting the sale rack range from summer clothes and home savings to first dibs on dreamy, new fall styles and some of the best workout clothes – all at deeply discounted prices.

Even though it may be early, start your wish list far in advance and shop the sale as soon as it begins!

Here are some of the hottest deals we spotted last sale: 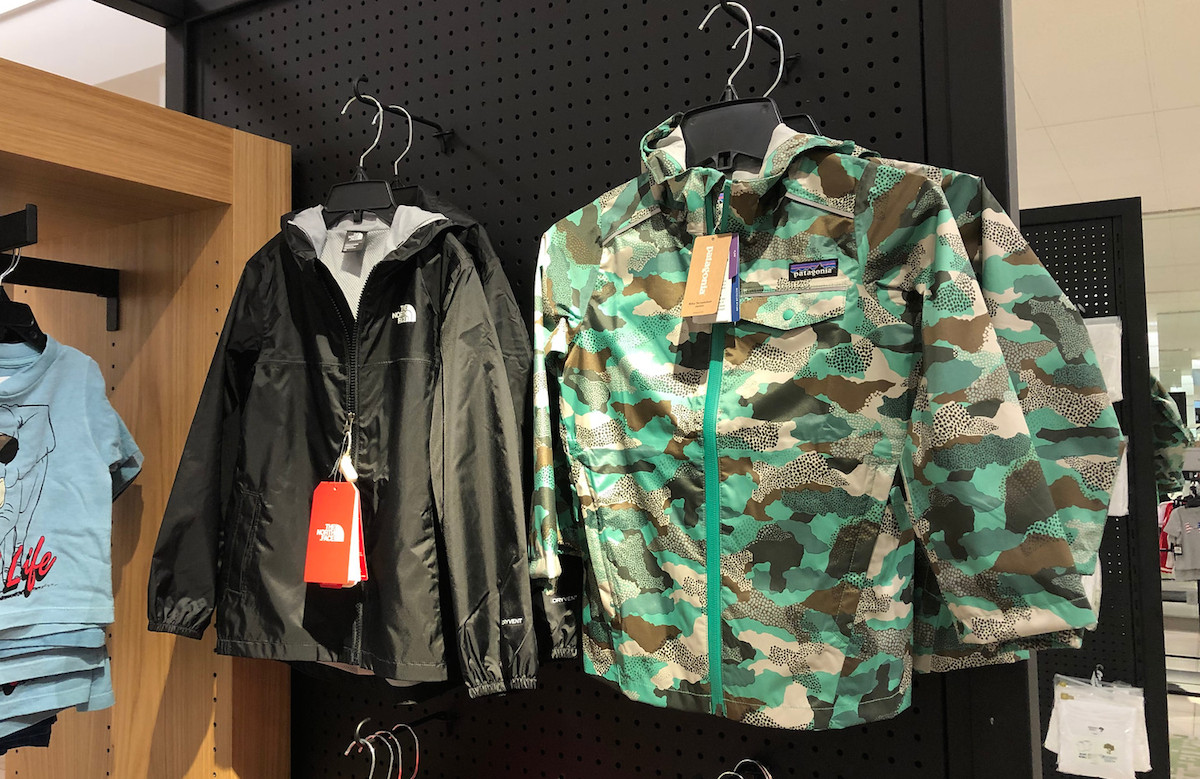 The Nordstrom Anniversary Sale is also a great time to stock up on back-to-school kid’s clothes and stuff for the guys, too! 😍 We spotted an awesome deal on The North Face Kids’ Mossbud Swirl Reversible Water Repellent Heatseeker Jacket, on sale for $66.75 (regularly $89)!

4. Snag up to 60% OFF amazing-smelling candles & other home decor pieces. 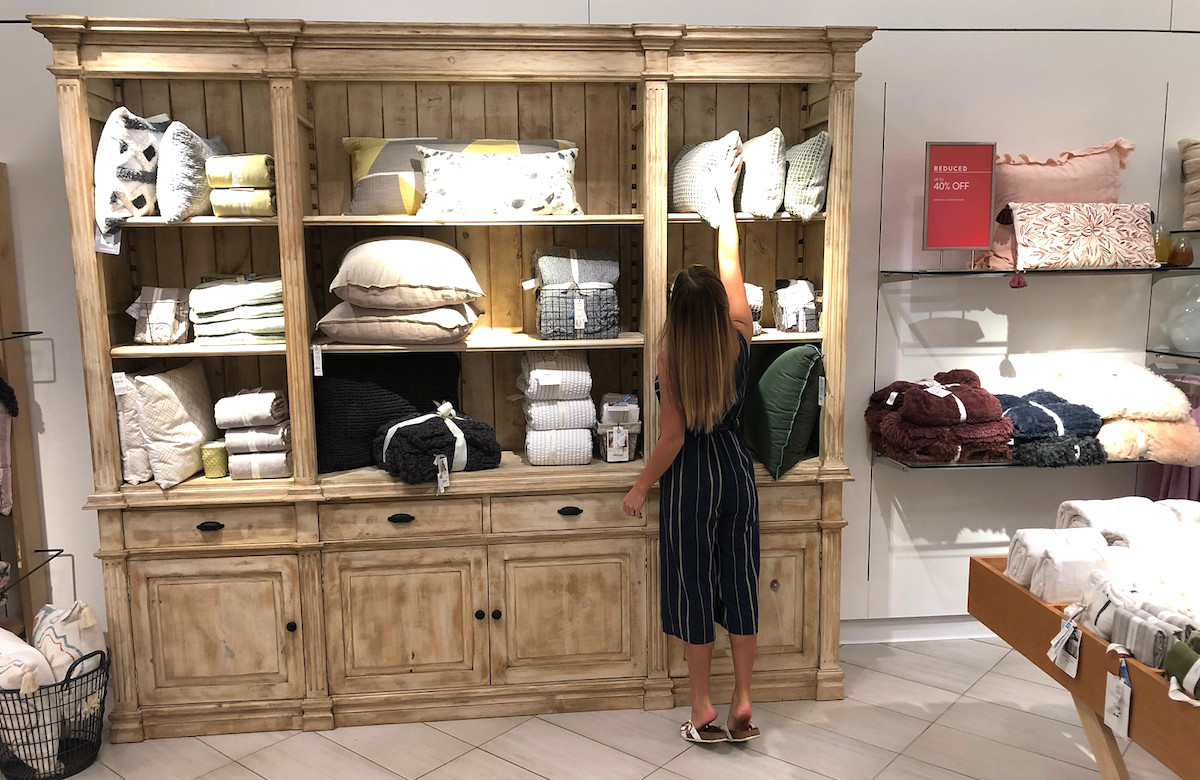 My, oh my, how we LOVE candles and all things home! While we didn’t see the famous Capri candles on sale in 2021 like in previous years, we still saw plenty of amazing deals on candles – up to 60% OFF!

Keep an eye out for discounted home decor, both online and in their home section! But be ready – the candles are always one of the first items to sell out fast! 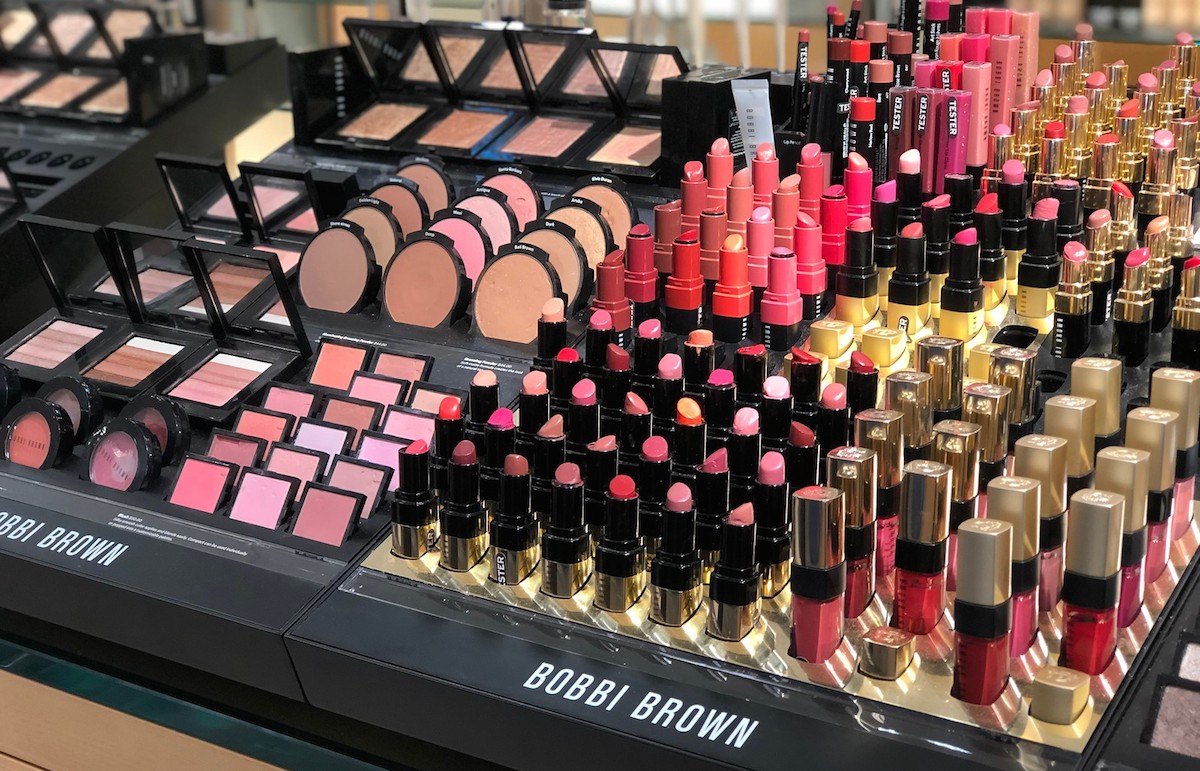 The Nordstrom Anniversary Sale is also any beauty lover’s dream come true. Makeup and beauty items will sell out quickly, so don’t forget to check this section the moment the sale starts.

Luxury beauty brands often take this opportunity to launch special edition items and makeup kits too. These FLY off of the shelves every year, both in-store and online.

Check out some of the beauty deals we were most excited about last sale:

6. Score Raise.com Nordy’s gift cards and save up to 10% more during the Nordstrom Anniversary Sale! 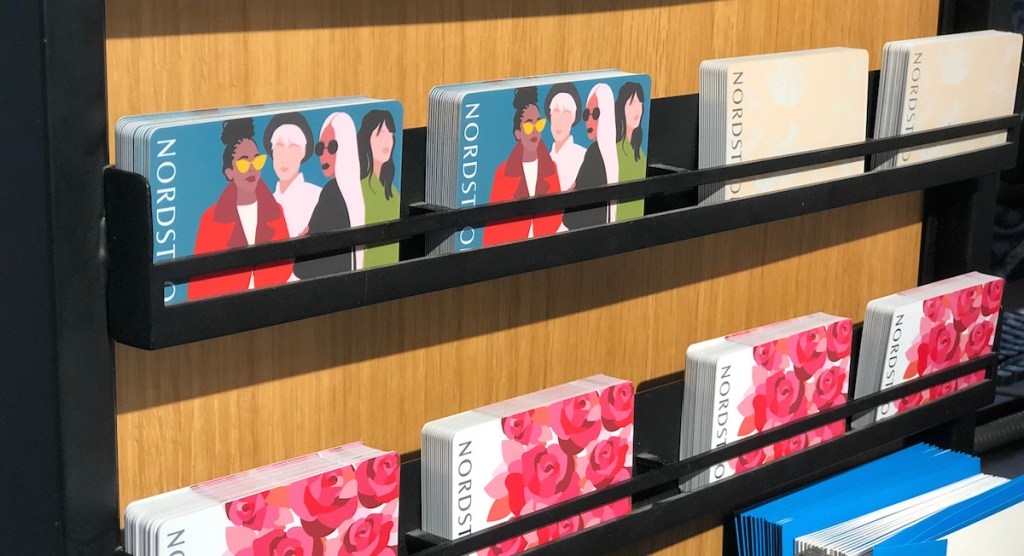 Download the Raise app and purchase a discounted store gift card before the next Nordstrom Anniversary Sale starts. We’ve seen Nordstrom gift cards go for up to 10% OFF your purchase! How does this work? Just buy a gift card at a discounted price, and then use it toward your in-store or online purchase. Easy peasy!

Do NOT wait until July to scoop up your discounted gift cards from Raise.com, though. They’ll frequently sell out of all their Nordstrom gift cards as shoppers prep for this sale.

7. Make a list and set a budget before the Nordstrom Anniversary Sale starts. 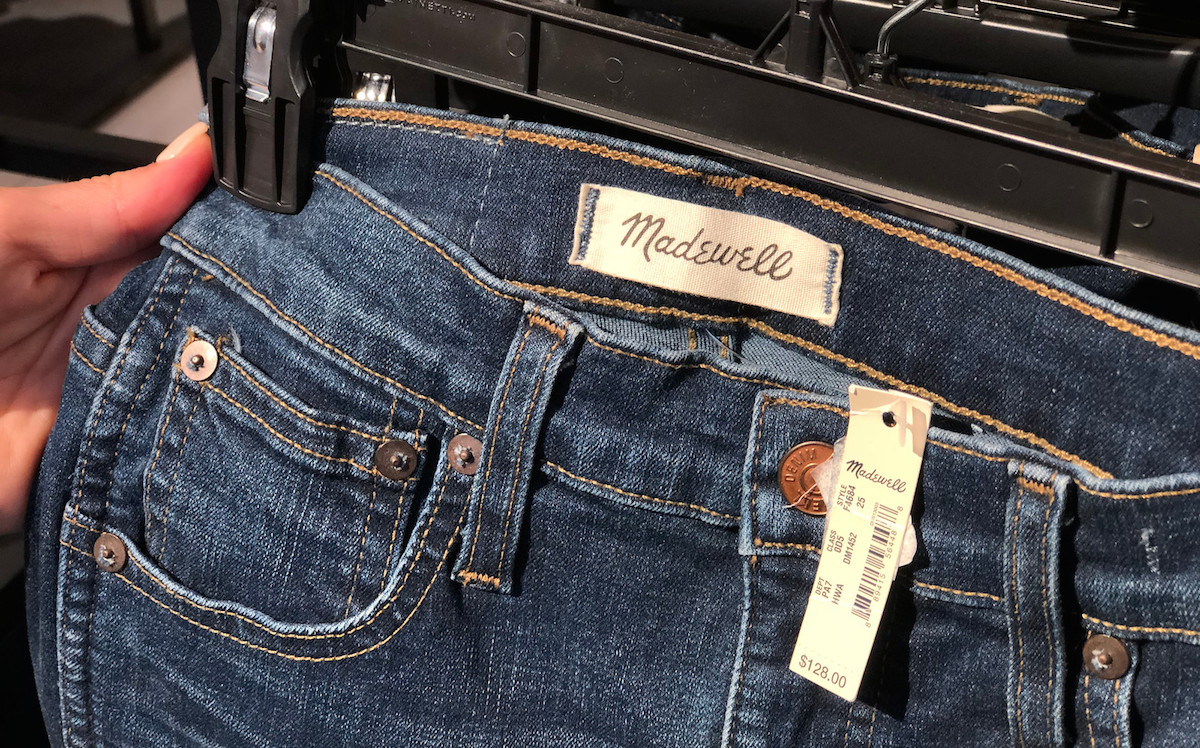 Make a shopping game plan to get the most bang for your buck at the Nordstrom Anniversary Sale.  🙌✅

My advice? Take a peek in your closet & home to decide what you’re missing so you can determine which purchases are must-haves. The Nordstrom Anniversary Sale is a great time to invest in staple pieces that you might not buy later at the regular price, but it’s also just as easy to overspend and get a little carried away (I’m speaking from experience here, people 😂).

Hip Tip: Speaking of staple pieces, check out how we’re helping people put together the perfect capsule wardrobe! We even have two printables to help you shop and put together outfits seamlessly!

And set a budget, too.

Just because items are marked 50% – 75% off doesn’t mean they’re in everyone’s budget (especially if you’re shopping for multiple items during the sale). Set your budget, and then decide what you absolutely can’t live without. Then, gather your willpower and put everything else back on the rack!

8. Don’t hesitate if you really want something. 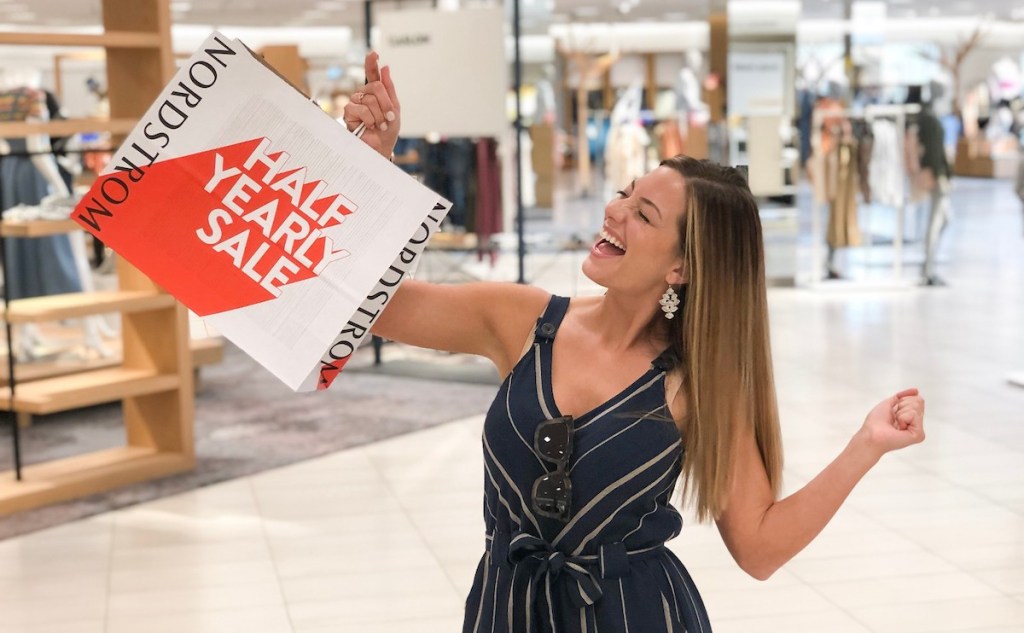 Historically, the trendiest items that are at the top of most shoppers’ must-have lists WILL sell out and they’ll sell out fast. Almost 100% of the time, these items aren’t restocked during the sale either (another reason to consider becoming a Nordstrom cardholder so you can grab your must-have items while they’re still in-stock).

All that said, there’s nothing worse than having your heart set on something, only to find that it’s gone for good. This has happened to me multiple times, so don’t hesitate!! 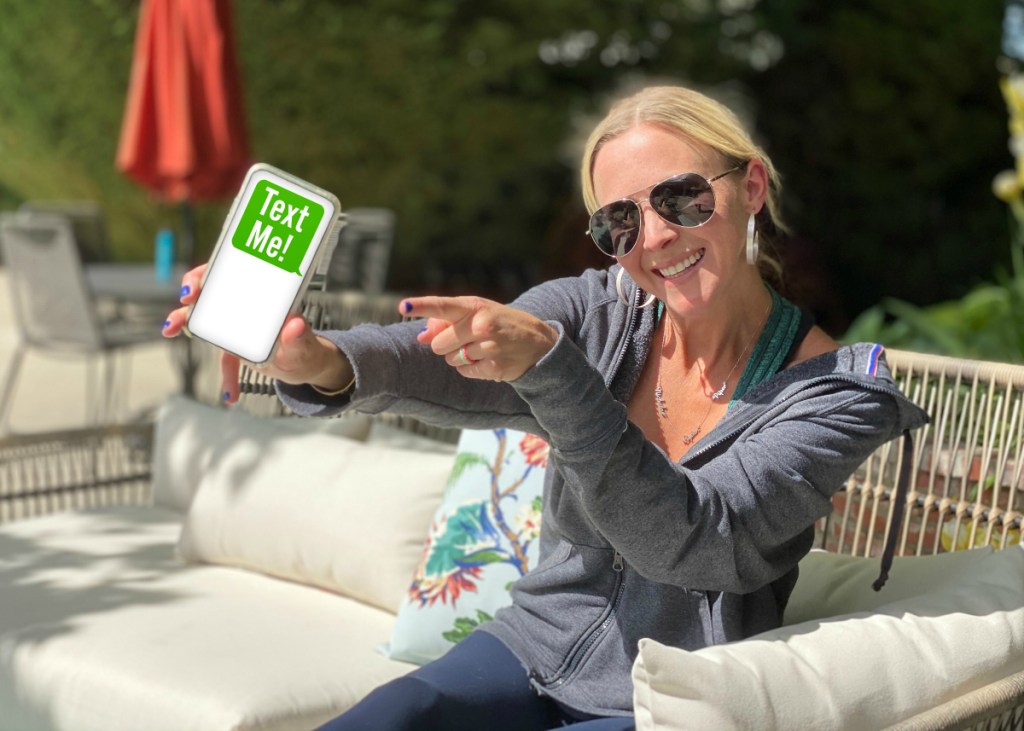 Subscribe to Hip2Save so you don’t miss out during the Nordstrom Anniversary Sale! We’ll always share the best deals, sales, and freebies you can score during these events and semi-annual sales, so make sure to stay in the know all year round! 😉

Even better, text Collin’s phone number to get alerts on hot deals even faster!

Text the word “HOT” to (775) 204-0125 to get alerted to all of the hottest deals & freebies! When the deals are coming in hot, sometimes we post new ones as often as every 10 minutes throughout the day. 😱 Unless you’re able to check the site every 10 minutes, it can be hard to keep up. Instead, let Collin make your life easier by texting you the very best deals as they happen! 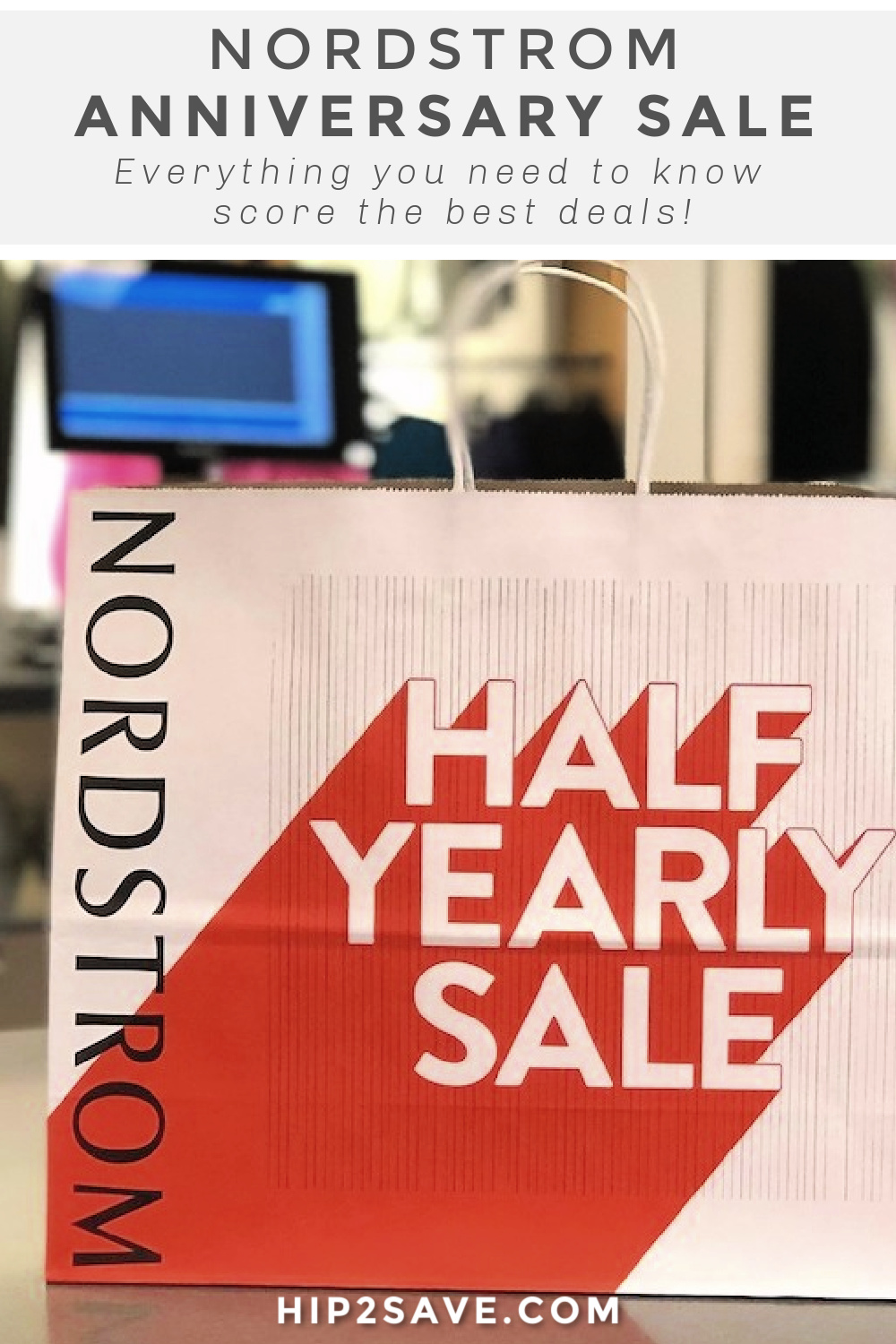