We’re sharing the latest Taco Bell coupons and specials so you can save on tacos, nachos, freezes, and more! 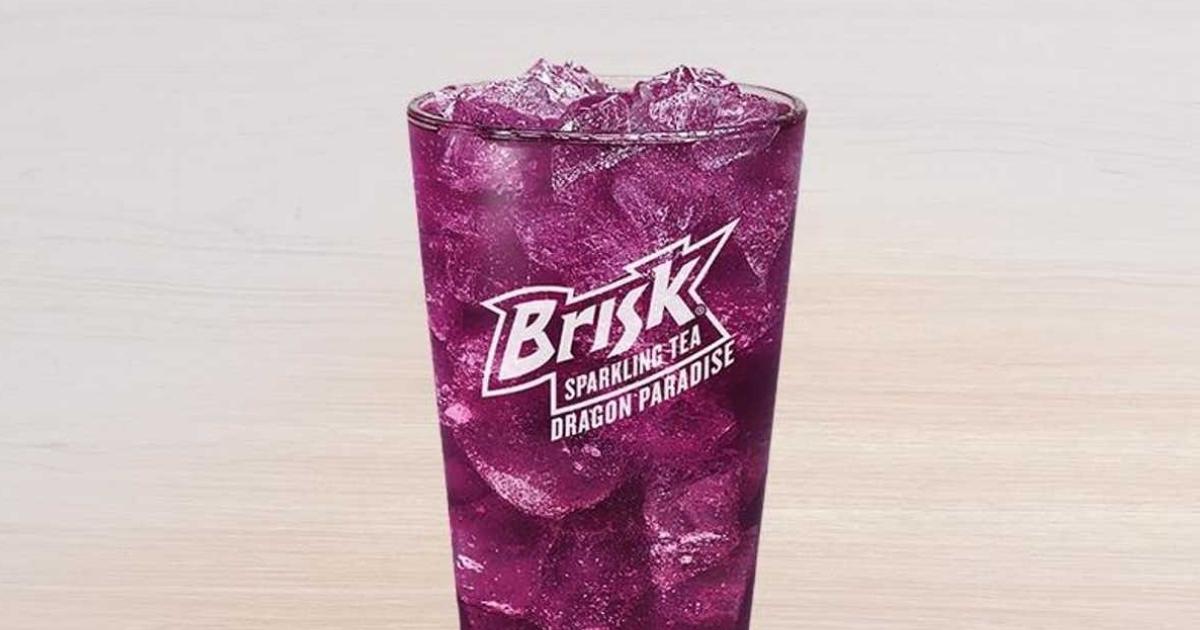 If you’re looking for the latest Taco Bell coupons, offers, deals, and the newest tasty menu items, you’ve come to the right place! We’re always sharing the best Taco Bell info and coupons so you can save on your next late-night taco run.

Today, May 20th only, fire up the Taco Bell app where you can snag a FREE Medium Brisk Dragon Paradise Sparkling Iced Tea with any $1 purchase – valid for Rewards Members only via the Taco Bell app.

This NEW iced tea drink is a sparkling sweet hibiscus tea with dragon fruit, raspberry, and blackberry flavors – yum! And if you can’t make it to Taco Bell today, don’t worry, as this deal will be valid every Friday through June 17th! 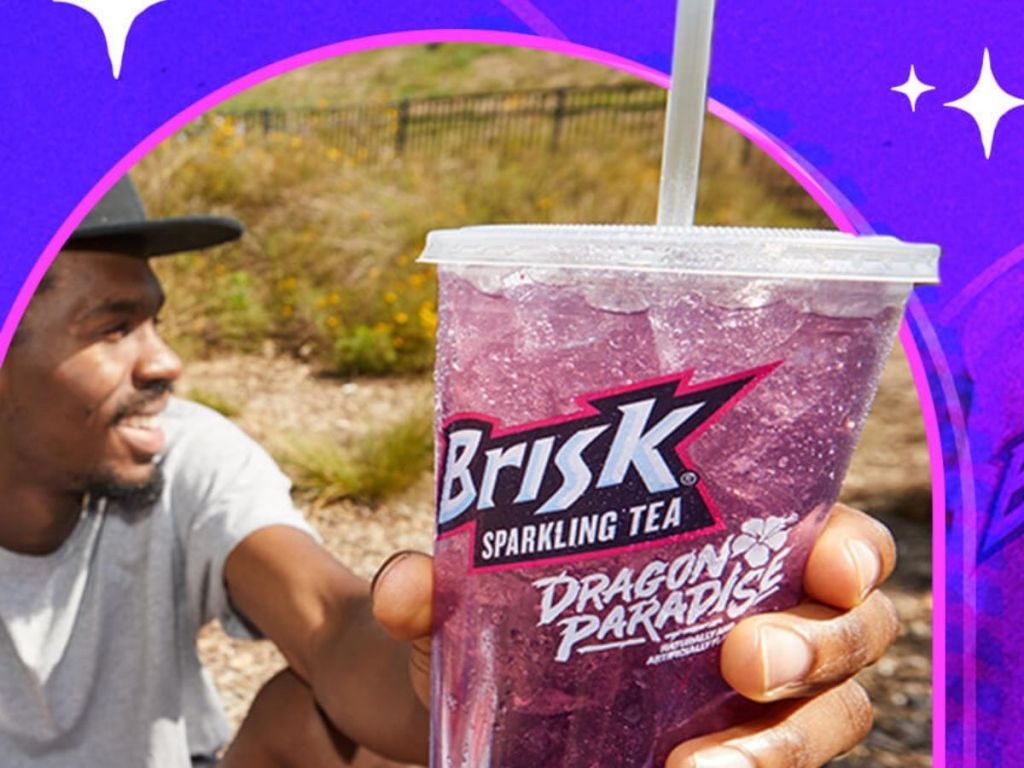 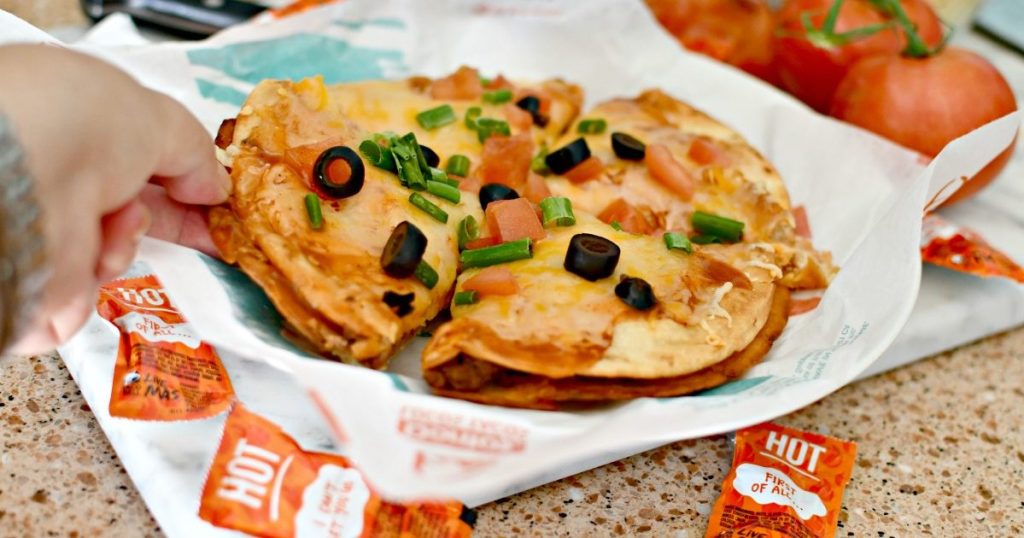 Taco Bell’s Mexican Pizza IS BACK!

The rumors are true! Taco Bell’s beloved Mexican Pizza is back!

This fan-favorite dish was so heavily missed that a petition on Change.org received almost 200,000 signatures for its return. Taco Bell listened to its fans and decided to bring it back as a permanent item! The company even reached out to the superfan who started the petition, Krish Jagirdar, to personally announce the good news via phone!

The Taco Bell Mexican Pizza is made of beans, pizza sauce, seasoned beef, tomatoes, and melted cheese layered in between two crispy flour shells. Taco Bell makes vegetarian options convenient, as you can customize any entree, including the Mexican Pizza, to omit any meat! 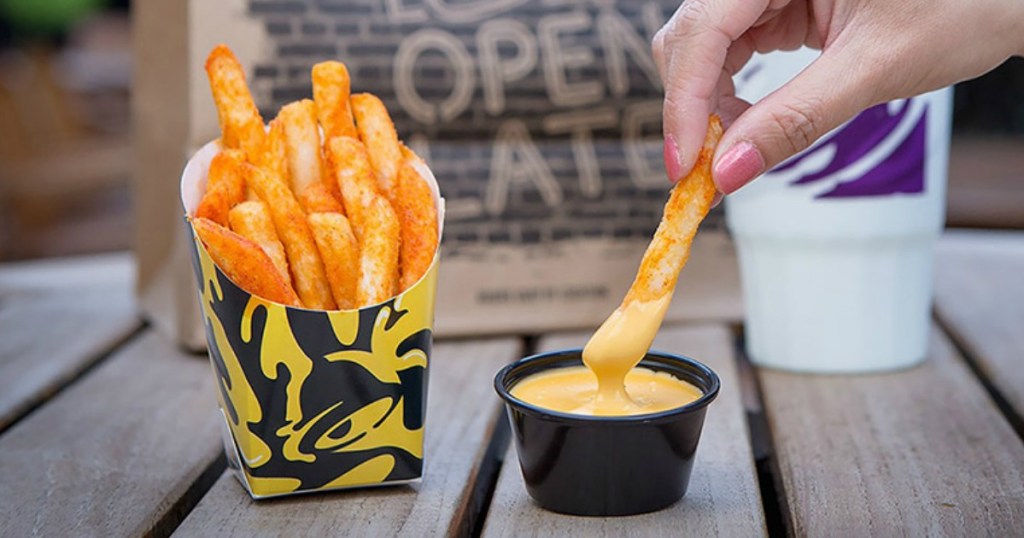 Have you tried Taco Bell’s Nacho Fries yet?

Nacho Fries are Taco Bell’s best-selling limited-time menu item ever, and if you’ve ever had them, you know why. These perfectly golden fries are coated in Mexican seasoning and served with a dippable side of warm, nacho cheese sauce. YUM!

You can get them RIGHT NOW a la carte for $1.49 or in a Nacho Fries Box for $5.49, which includes Nacho Fries, a Beefy 5-layer Burrito, Crunchy Taco, and a medium drink. 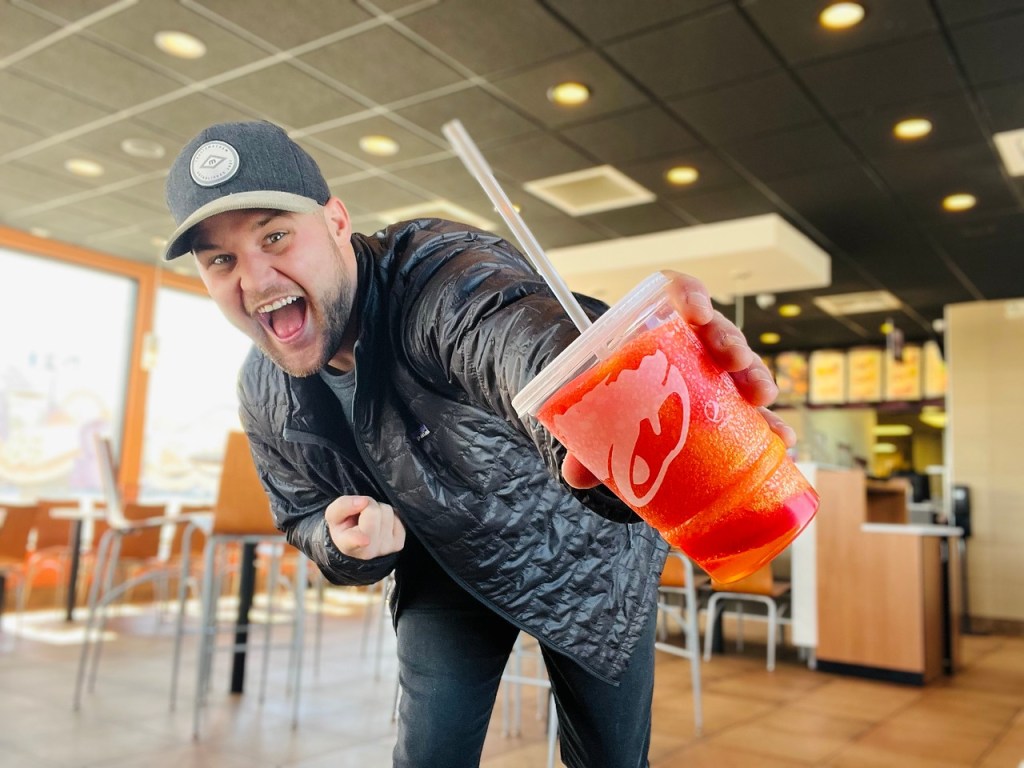 With the Taco Bell Rewards Program, you’ll earn 10 points on every $1 spent on qualifying purchases and score rewards for free food every 250 points. YES! 🙌🏼

Keep in mind that these Taco Bell coupon freebies are only valid for 14 days once the app is downloaded or updated, and it may take a few minutes for these rewards to show up in the app. You may only redeem one offer per order.