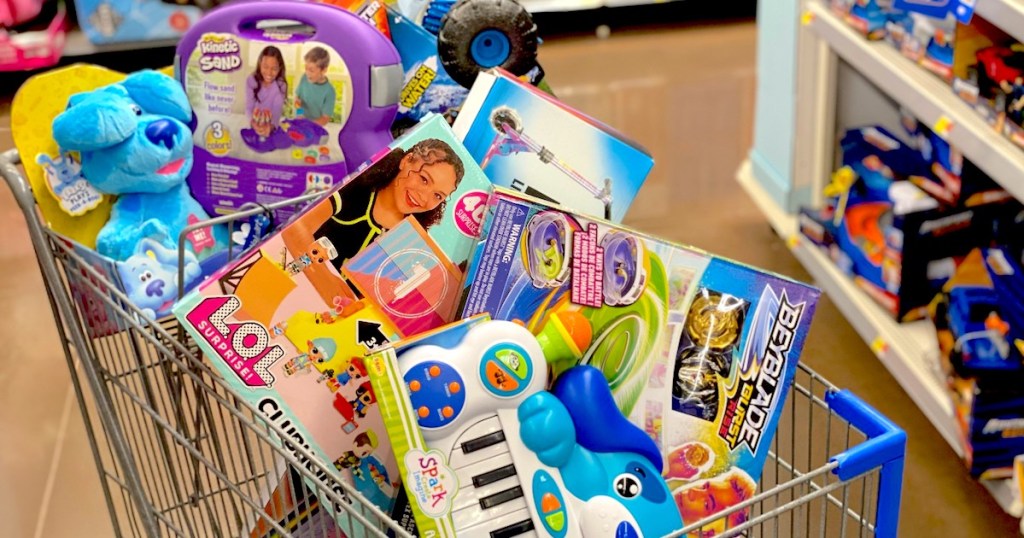 These toys are going to be totally HOT this holiday season!

Walmart has already released what they’re anticipating to be the hottest toys of the 2020 Christmas season… and it’s only September!!! They’re expecting this Christmas to be heavy on toys to keep kids busy since we’re all spending significantly more time at home.

With 36 toys total on this year’s list, we picked 13 of our faves (the ones that stood out to us most), but to see the complete list or to purchase any of these items, head on over to Walmart.com!

Be sure to bookmark our Toy Deals Page for all the best prices on toys!

Here are 13 of the hottest Walmart toy picks… 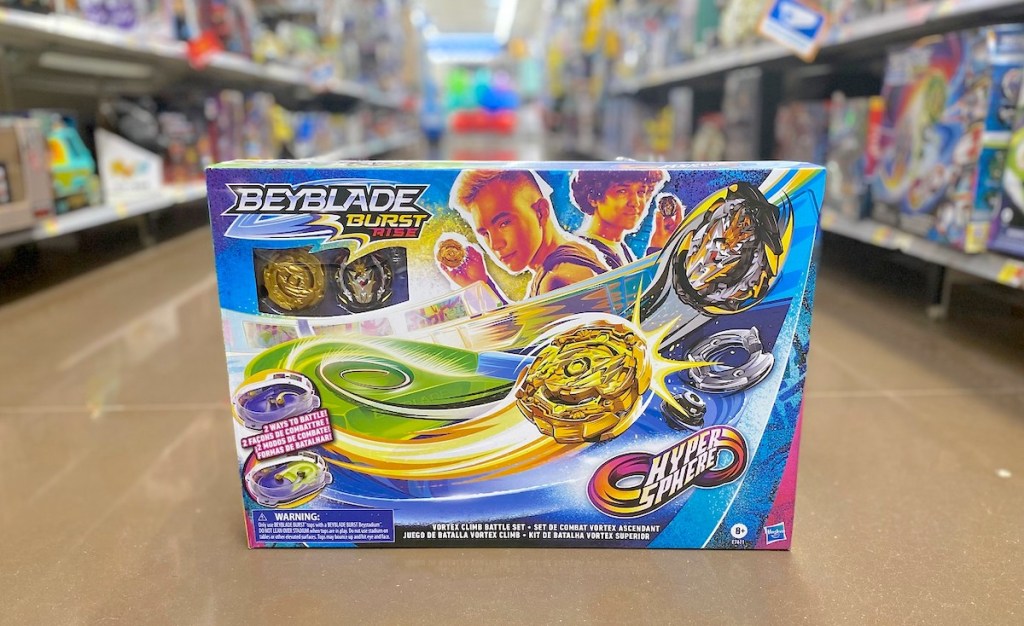 First up on the Walmart Christmas toy list is the Hypersphere Vortex Climb Battle set! If you have more than one kid, they’ll love to battle it out with their sibling. They can let it rip and race each other with the two included launchers and as a bonus, reviewers also stated it’s easy to put together and really well made! Win, win! 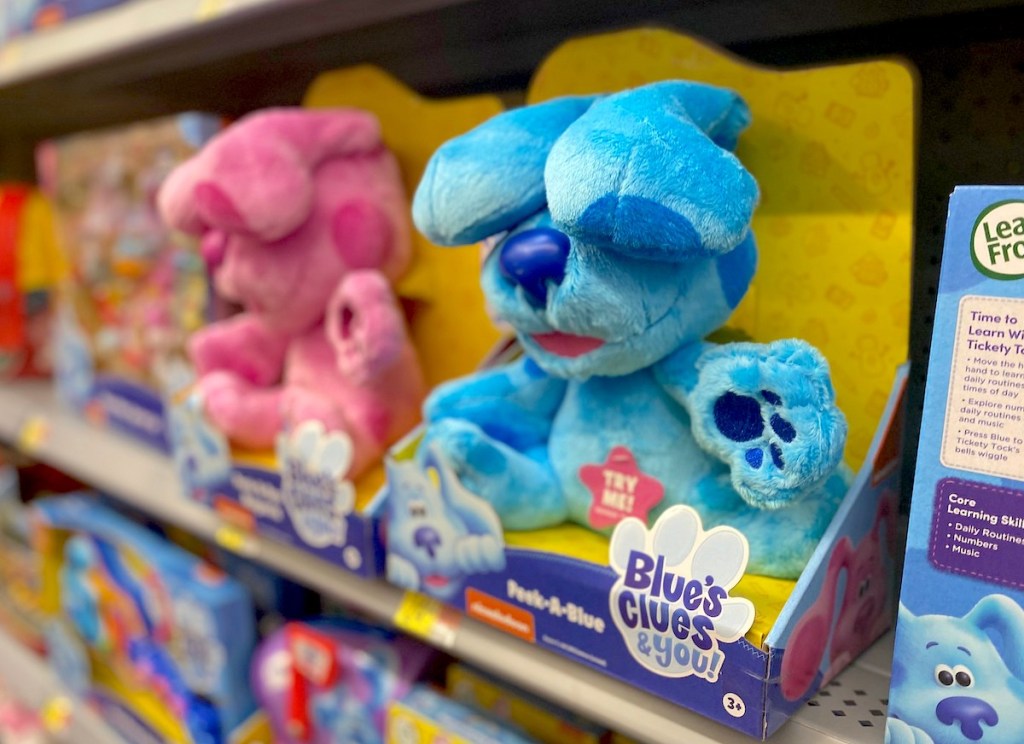 Bring back a classic cartoon with Blue’s Clues! Not only will this plush cutie be your little one’s new favorite toy, but it even plays peek-a-boo too! As a bonus, it only requires two AAA batteries, but are sold separately, so just make sure to grab a pack before Christmas morning! 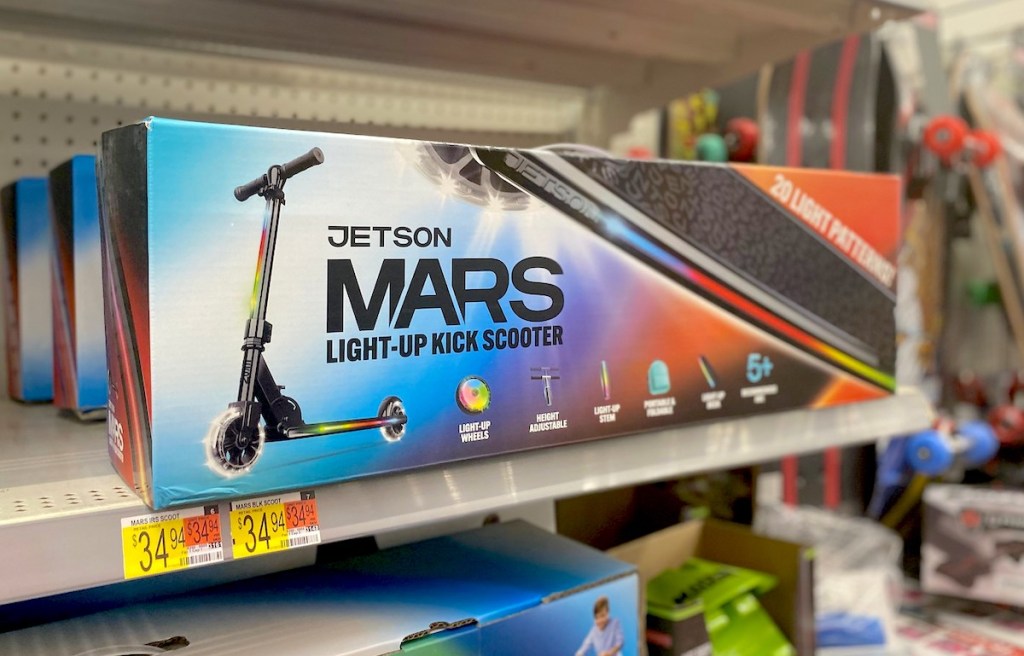 This affordable LED light-up scooter is going to be a total show stopper in your neighborhood and at the top of each kid’s Walmart Christmas toy list this year. Complete with a light-up deck, wheels, and stem… it’ll be sure to light up any kid’s Christmas morning! Bonus that it’ll be easier to see in the dark, too. 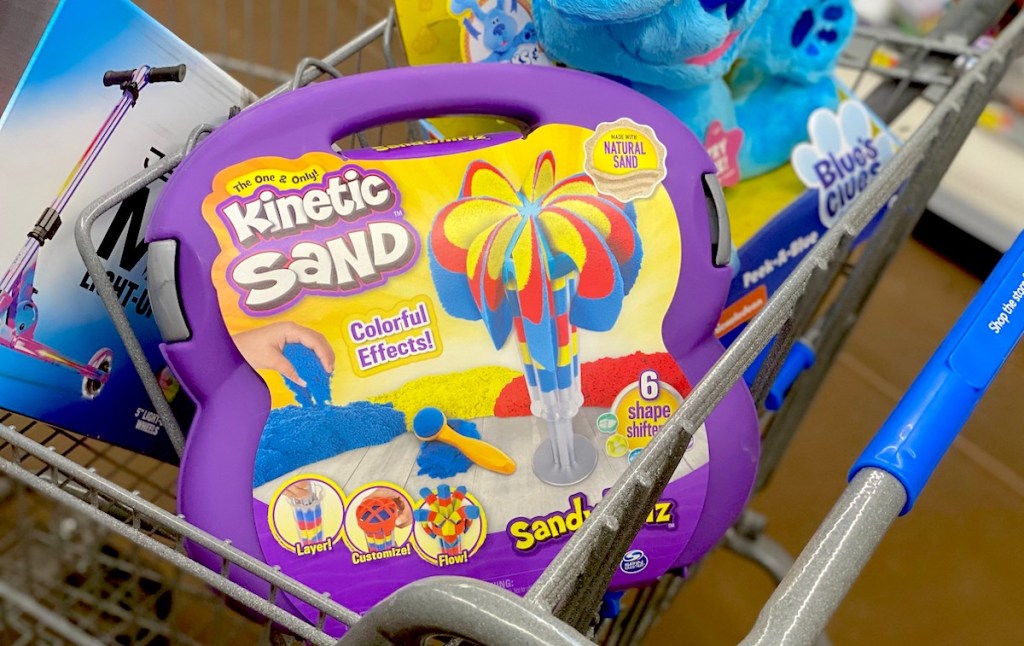 You might want to buy two of these Kinetic Sand playsets because even parents are going to love digging into this soft and squishy sand! This set comes with 10 tools, including 2 extruder shapes and 6 shapeshifters to create fun sand effects. It’ll keep the whole family busy for hours! 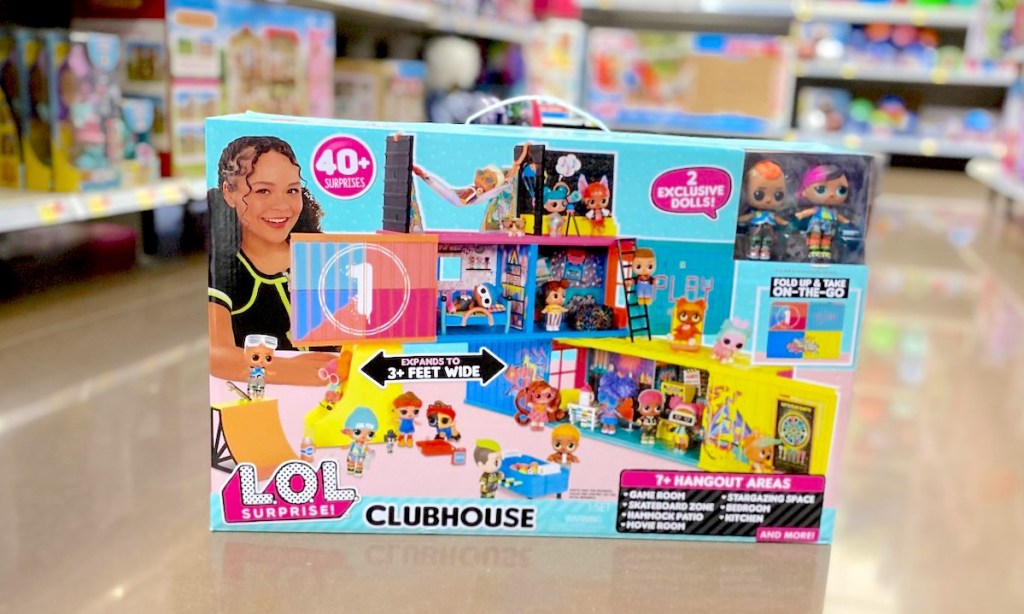 If you’ve got a kiddo who’s obsessed with L.O.L. Dolls, they’re in for a total treat when they score this entire clubhouse and it even comes with 2 exclusive dolls and 40 surprises!

Not convinced it’s enough bang for your buck? It also features a bedroom, kitchen, and unique fully furnished bonus rooms such as a game room, skateboard zone, hammock patio, stargazing space, and a movie room! It’ll have any kid’s imagination running wild! 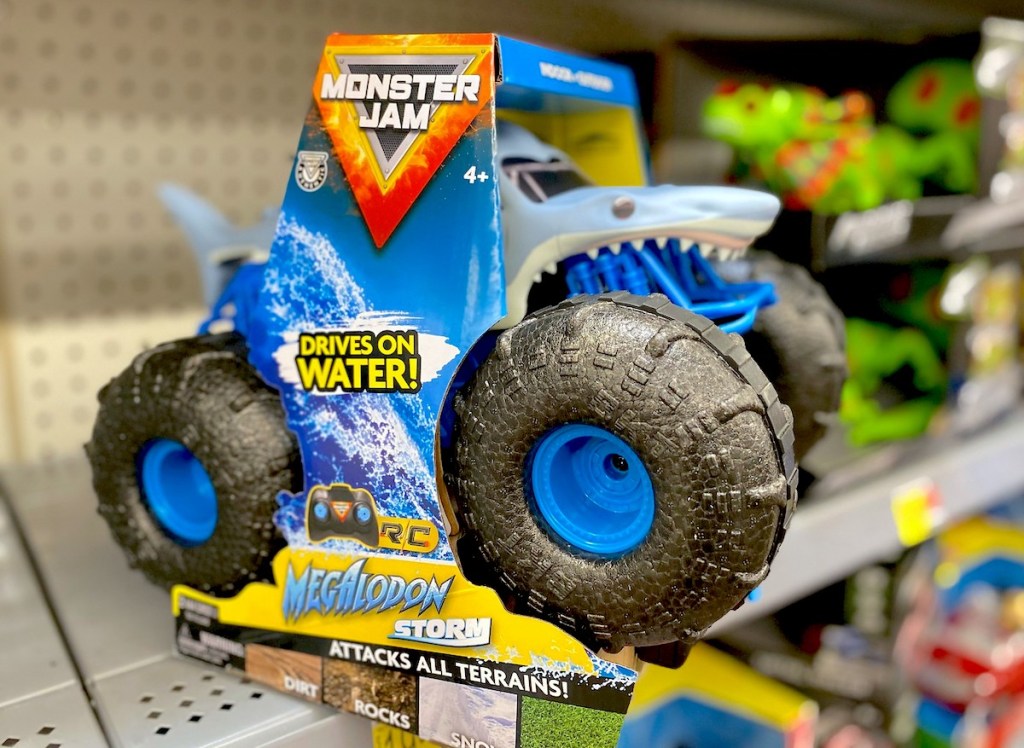 Ever heard the term, “Let’s take this show on the road.”? Yeah, well when shopping your Walmart Christmas toy list, make sure to grab this super cool remote control monster truck! It’s shaped like a shark and can actually take this show onto the water too!

Even better, not only can it drive on water, but it can also handle any terrain with incredible power, race on mud, speed through snow, and truck all over grass and rocks. Sweet! 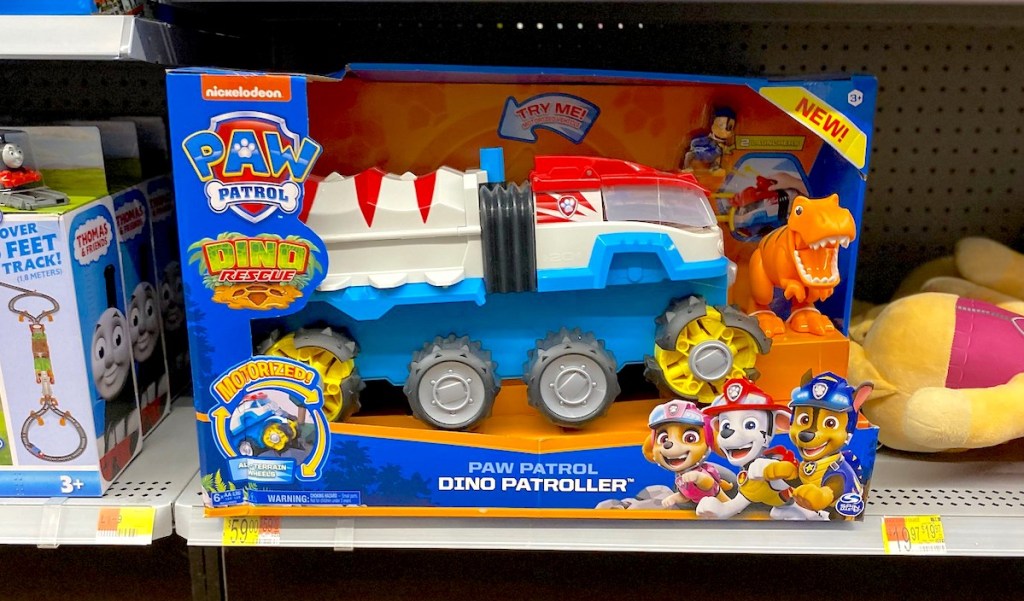 Any PAW Patrol obsessed kiddo is going to love jumping into action with this toy! Plus, it’s actually the first-ever motorized team vehicle so they’ll be exploring new territory together! It comes with an exclusive Chase dog and a T-Rex figure, but not to worry, there’s plenty of room in this vehicle for all their other pups. 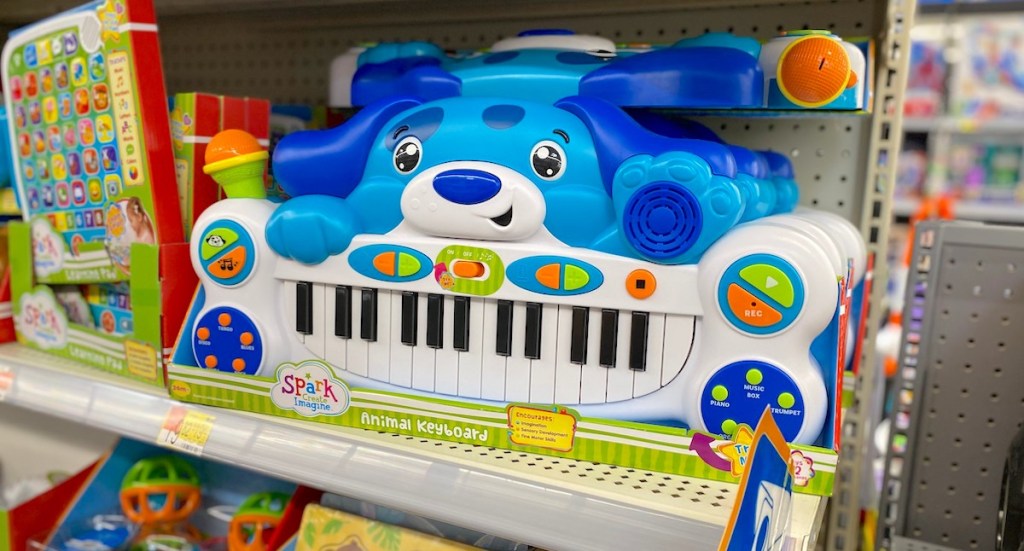 Create masterpieces with your toddler! This super adorable puppy piano is complete with 22 demo songs, 7 well-known kids songs like the ABC’s and Old MacDonald. Plus, it even has 5 different instrument effects such as piano, trumpet, music box, organ, and violin! They’ll be a little Mozart in no time! 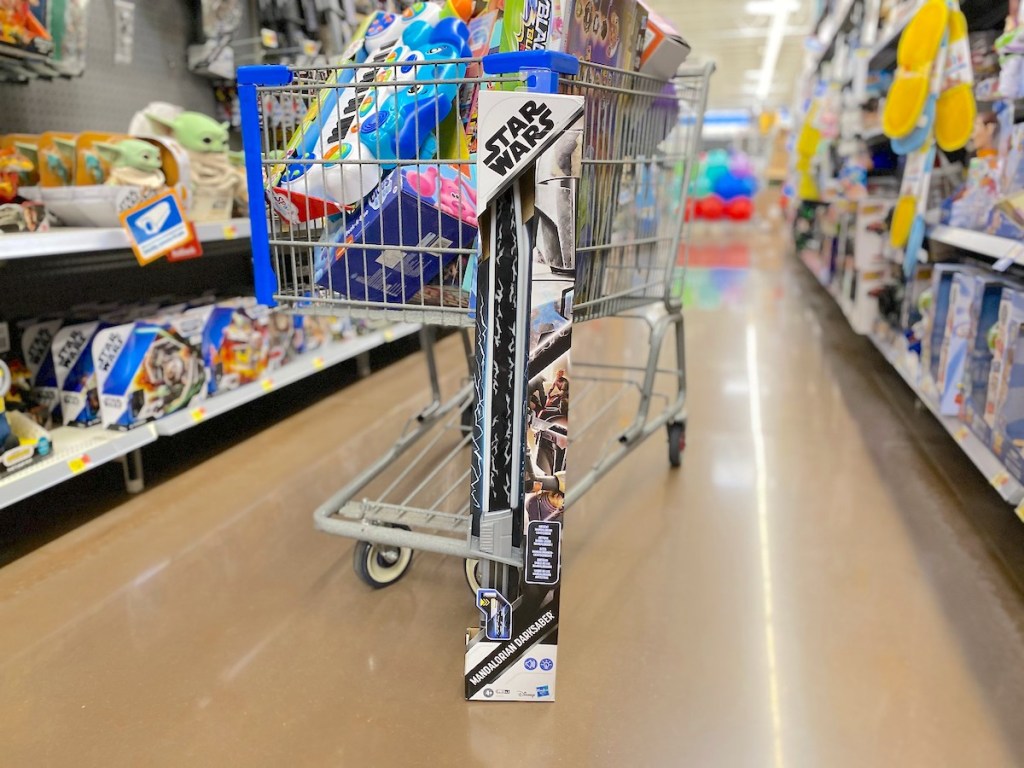 If you’ve got a Star Wars lover, this gift will be a no-brainer! Pretend to rule over all of Mandalore with this lightsaber featuring electronic light and sound effects, including classic Lightsaber sounds, battle sounds, and crackling lightning sound, and light effects! 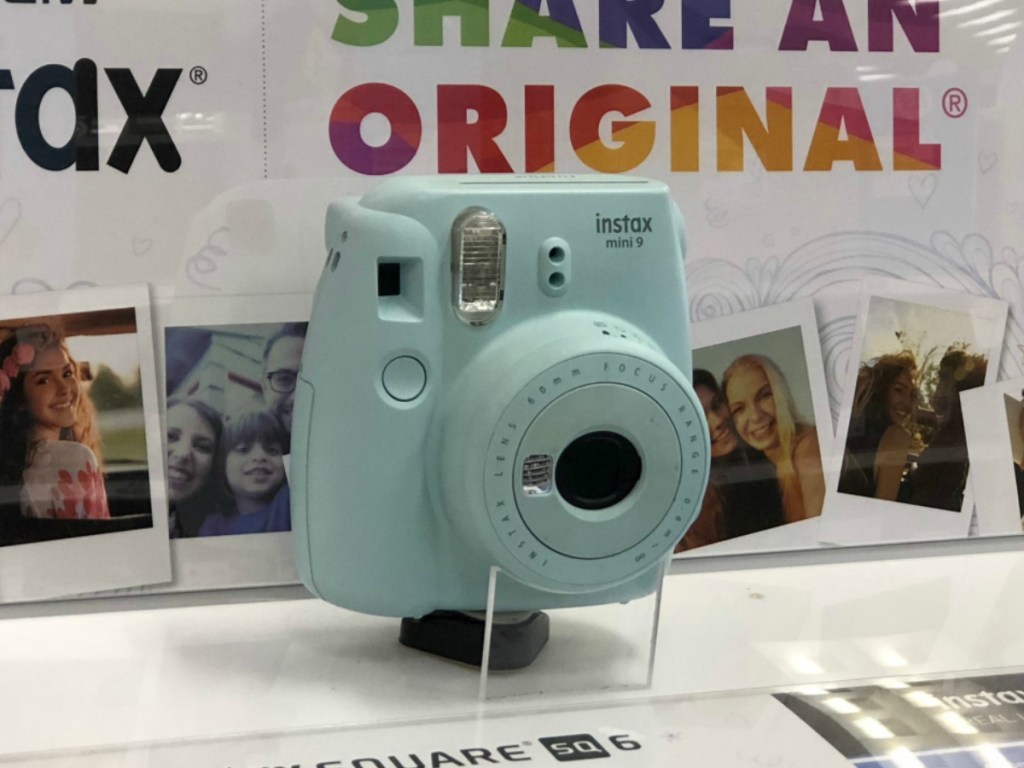 Parents will appreciate this vintage remake toy! Even though it’s been a few years since Fujifilm first launched these cute mini Instax cameras, they’re still at the top of most kid’s wishlists ages 8 to 18! Plus, they’ll create memories that last a lifetime!

You can pre-order these toys (and they’re sure to sell out if you don’t): 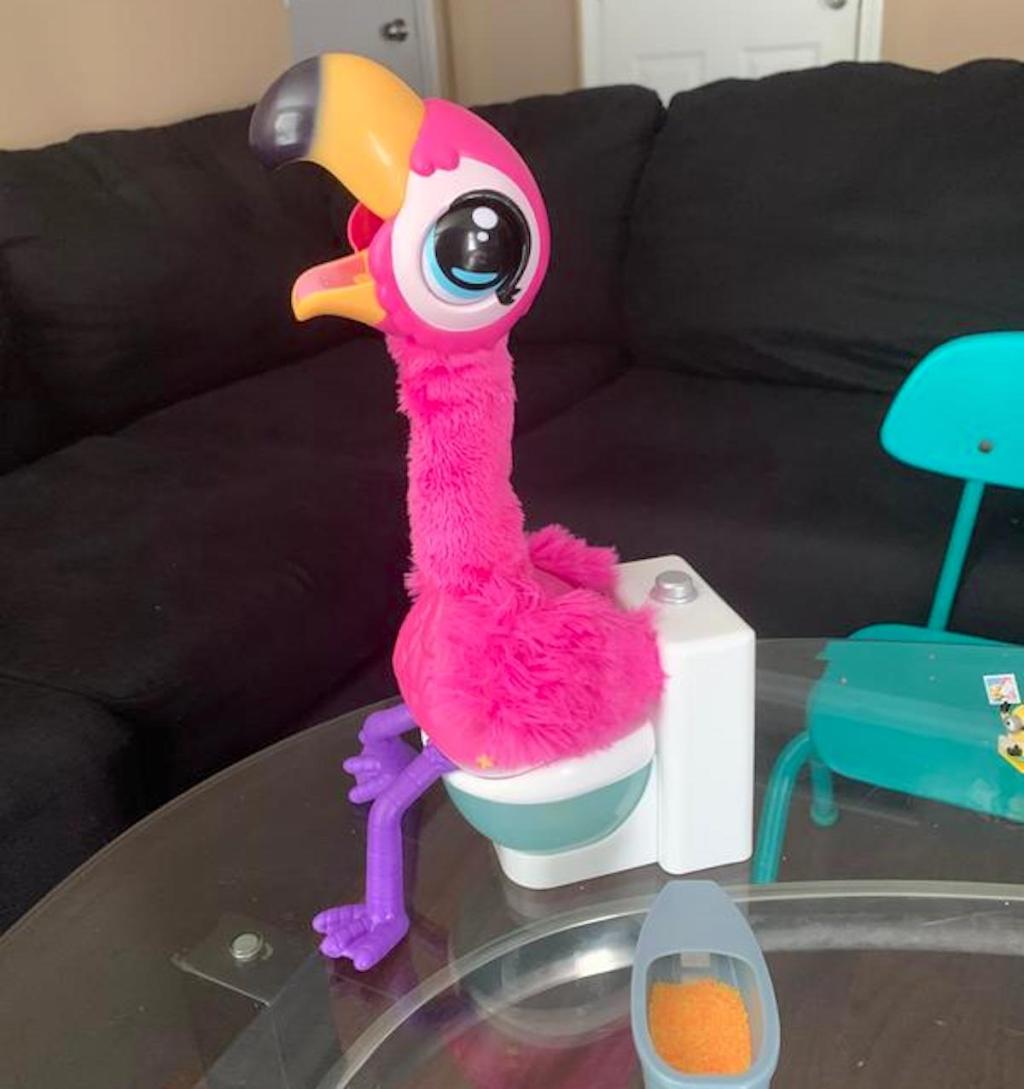 This silly singing, talking, and pooping flamingo will make your kids laugh and keep them busy! Just feed your pet flamingo the reusable dry food and wait for it to do its thing! Something I’ve learned as a parent, you can never go wrong with bathroom talk when it comes to kids and this toy is sure to sell out fast! 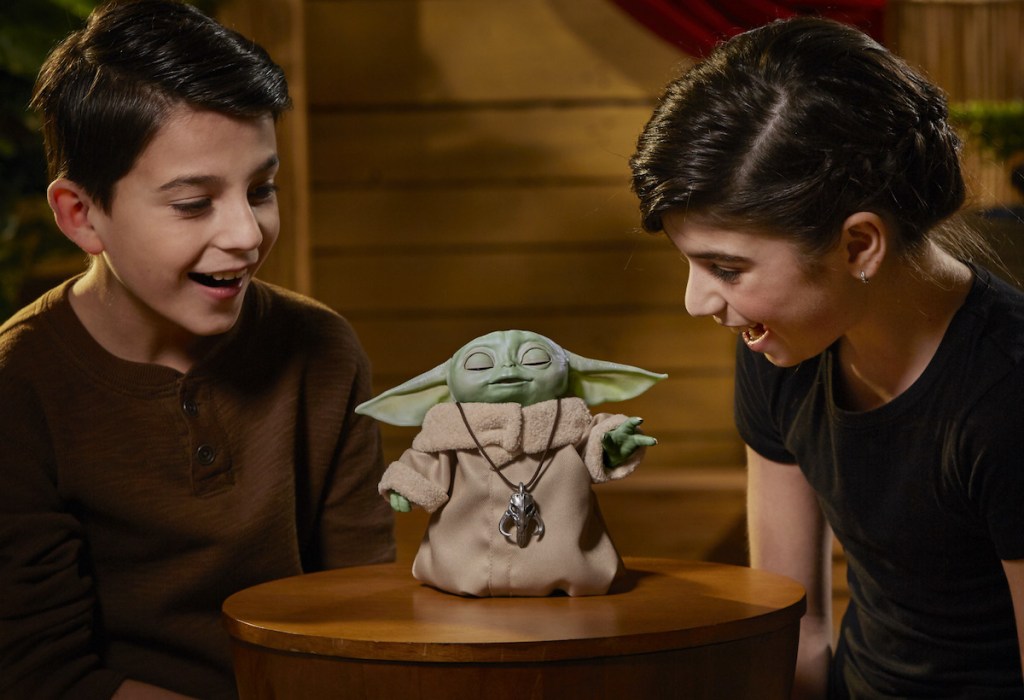 After the launch of The Mandalorian series on Disney+ late last year, Star Wars fans are highly anticipating this new The Child toy and it’s no wonder because it’s super cute!

It has over 25 sounds and motions including a head that moves up and down, ears that move back and forth, eyes that open and close, and more! It may even end up becoming the next big collector item so make sure to snag this Star Wars special edition toy. 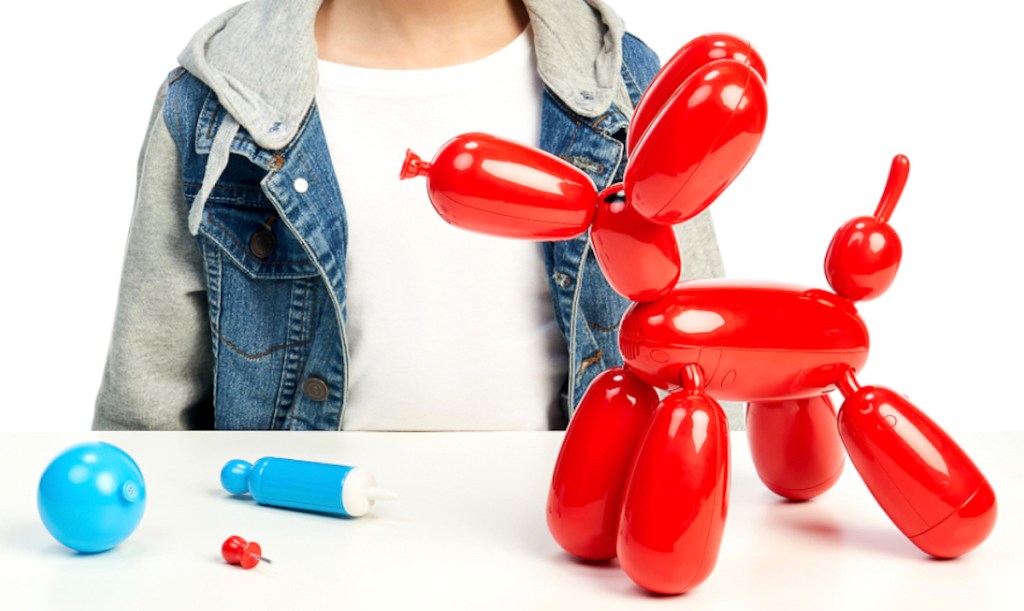 Ever leave the fair only for your kiddo to unintentionally pop their new beloved balloon animal? Now, with this lovable toy, you can pop it and blow it back up as many times as you want and it won’t even lose its shape! You can even teach it tricks, feed it, and tickle it! Plus, when it’s sitting around it’ll even double as some super cute playroom decor.

Keep up with all the latest Walmart deals right here! 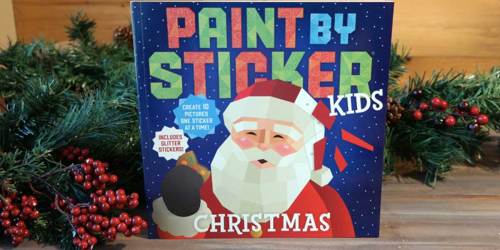 Paint By Sticker Kids Books from $4 on Target.com (Regularly $10) 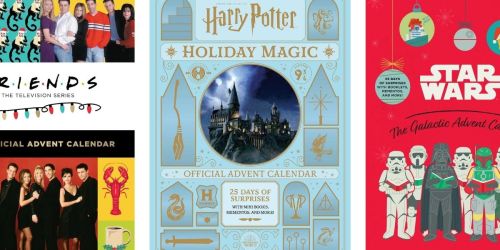 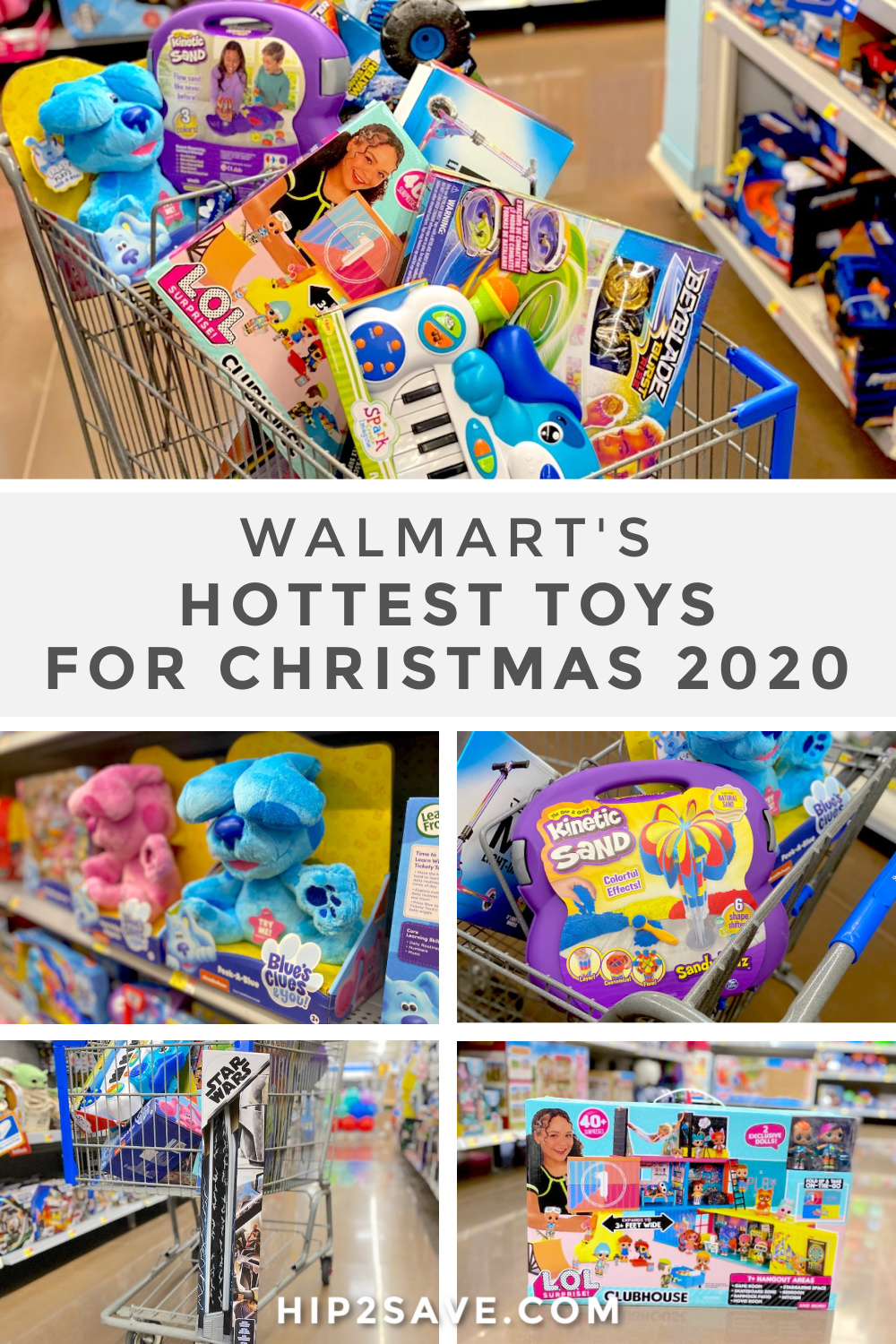