Our Current Favorites to Watch on Netflix, Hulu, Prime Video, and Apple TV 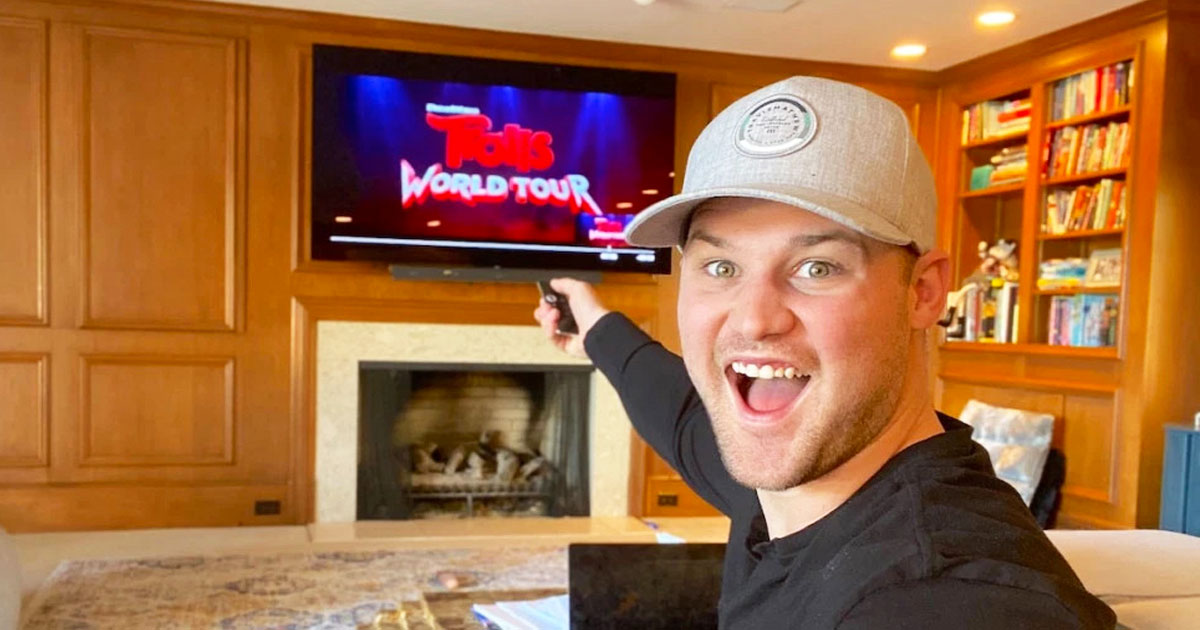 Stuck in an entertainment rut?

Having thousands of options at our fingertips sounds great, but I know a lot of folks (myself included) get overwhelmed by the choices and end up watching the same show we’ve seen 100 times already. 😆

If that sounds like you, we’ve got you covered! There are just so many options for what to watch on Netflix, Amazon Prime Video, Hulu, and Apple TV, but thankfully, the Hip2Save team always has great suggestions!

Hip Tip:  Be sure to check out all the ways you can watch your favorite TV shows, movies, and sports for cheap or even free!

Here are some of our team’s recommendations: 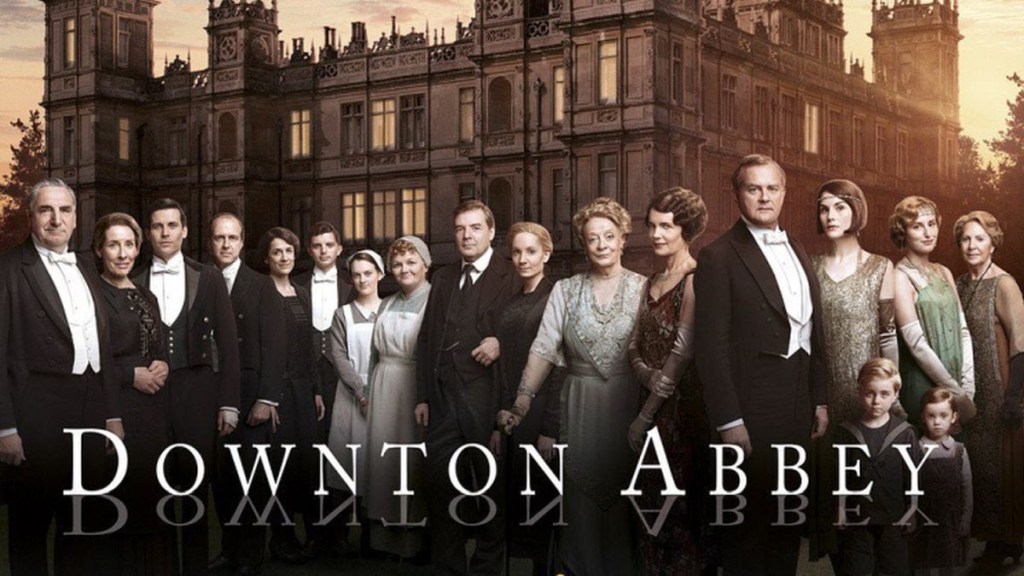 Fans of historical dramas and period pieces will love this series set in Edwardian Britain. While it’s not necessarily a new show, it’s new to Netflix, and several of our Hip teammates are so excited to rewatch it!

“I love it! One of those shows where you get attached to the characters. 😍” – Emily S. 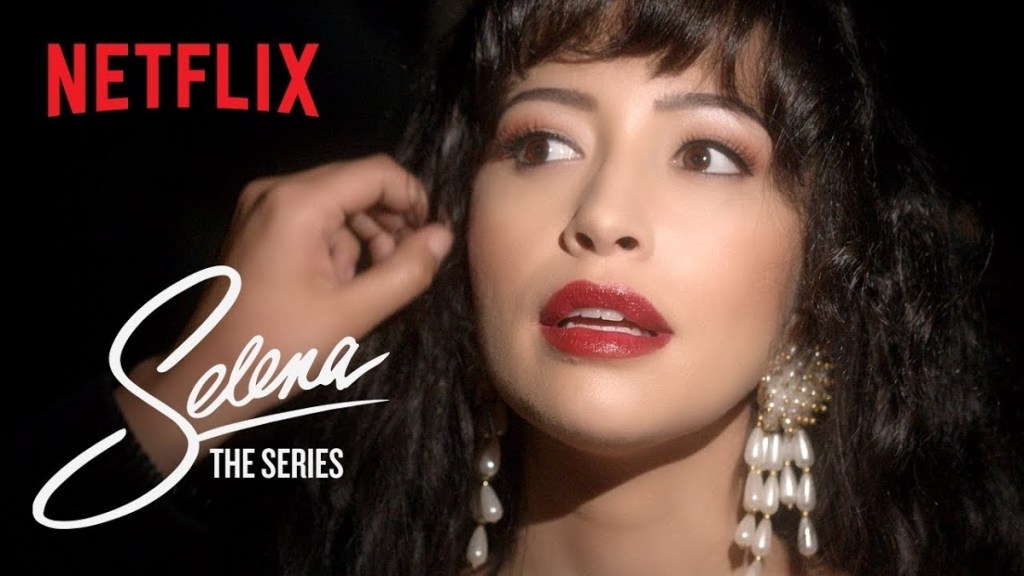 Watch Selena the Series on Netflix

You might remember the 1997 Jennifer Lopez film about the tragic life and death of Mexican-American singer Selena Quintanilla, but Netflix has raised the bar with this multi-episode series. Instead of just focusing on the end of her life, it pays closer attention to her achievements and the story leading up to her fame.

“It goes into detail about Selena Quintanilla’s life as well as her family’s struggles, and I really liked that they split it into the first season focusing on her road to fame and the second being about the struggles she had as an established artist.” – Kaitlyn

The Man in the High Castle 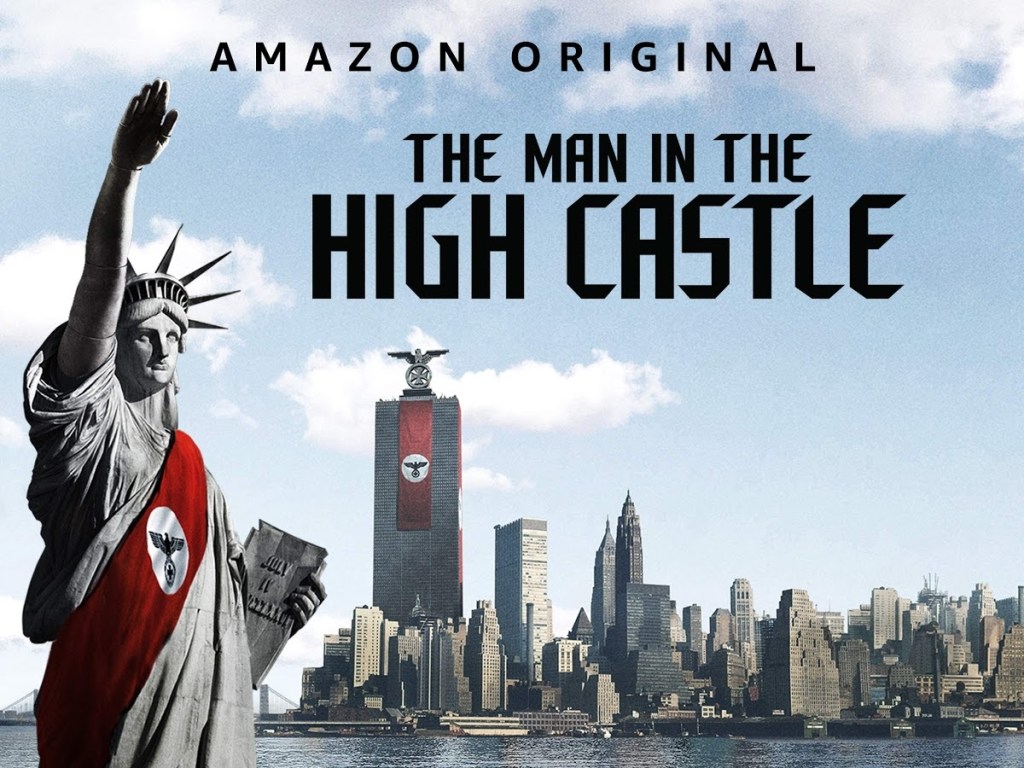 Watch The Man in the High Castle on Prime Video

This dystopian drama series takes a look at what the world might be like had the Allied powers not won World War II. If you like history with a twist, this might be the new binge-worthy show for you.

The Man in the High Castle didn’t sound like something I’d really be into, but several people (including my Hip teammate, Shane) recommended it and I gotta say, I’m only a few episodes into season 2 but it’s been surprisingly good! There’s a good mix of action, drama, and mystery that kept me interested, so I’d recommend trying it out even if you don’t usually watch similar shows. 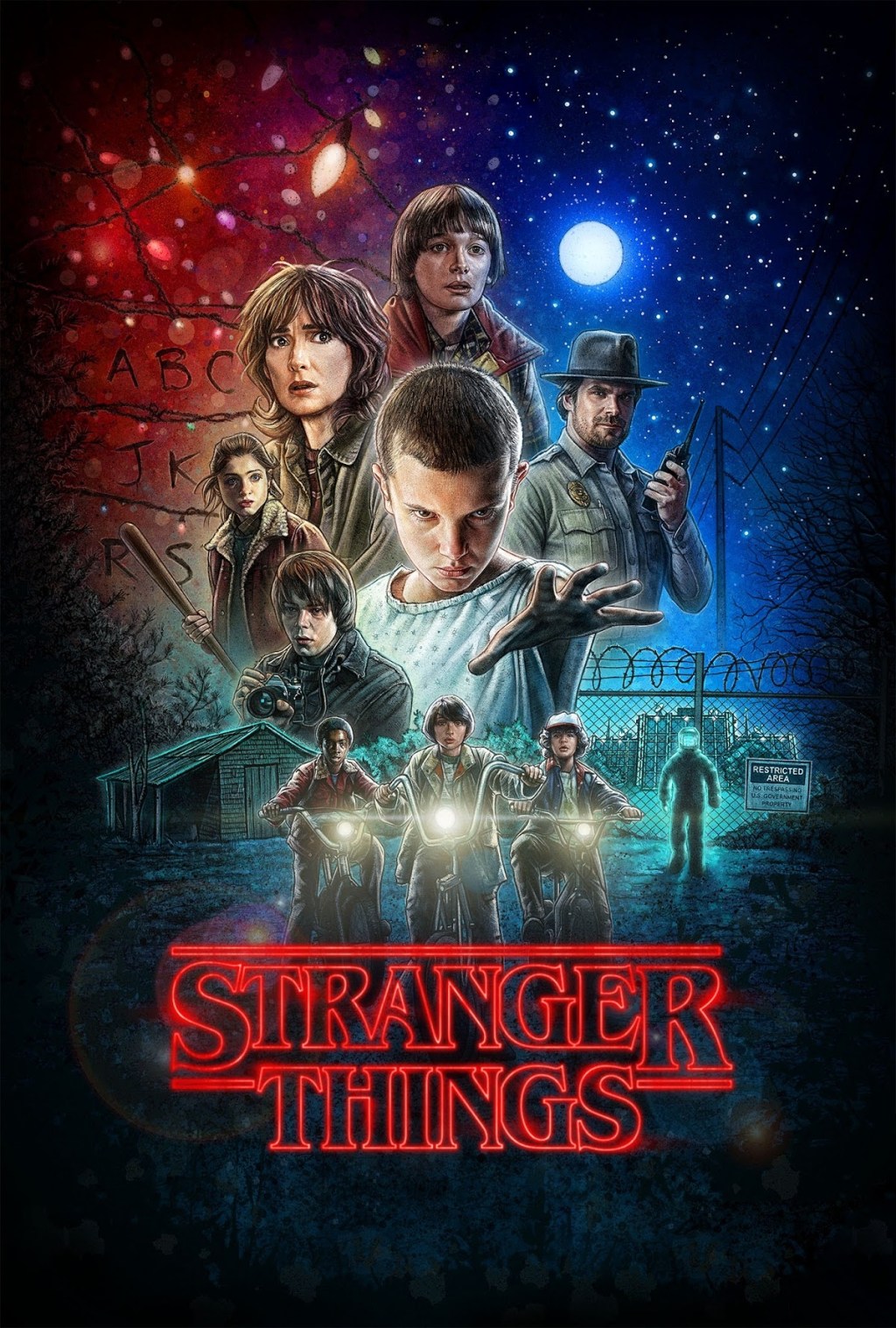 Does Stranger Things need an introduction? This Netflix series became wildly popular after its release, and several Hip team members are still loving it! It mixes fantasy, a little sci-fi, drama, and adventure all set against a wonderfully 80s backdrop.

“So I am very late to the game but I just started watching Stranger Things last month…and I have NO IDEA why it took me so long! I am a scaredy-cat of everything 🙀 and I legitimately thought I would be frightened watching this, but the premise and storyline is just so wildly creative, it’s definitely not a scary show (I mean, maybe for very very little kids). I’m only halfway through season 2 so far but oh my gosh, I fully believe all the hype now!” – Emily 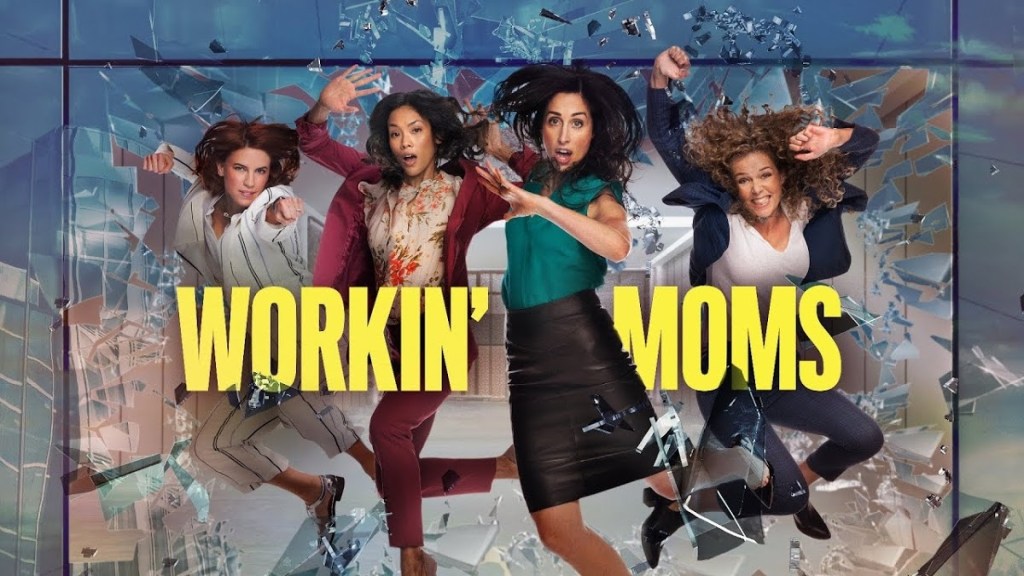 Don’t let the title deter you–the comedy featured in the series will appeal to everyone, including non-moms! It follows four unlikely friends through their funny but relatable struggles as both friends and individuals.

“Workin’ Moms is another must-watch show that I loved revolving around a group of women and their friendships/life. The writing is funny/clever with relatable topics and an easy to binge show. I don’t even think you need to be a mom to enjoy it, it’s just GOOD!”” – Lina 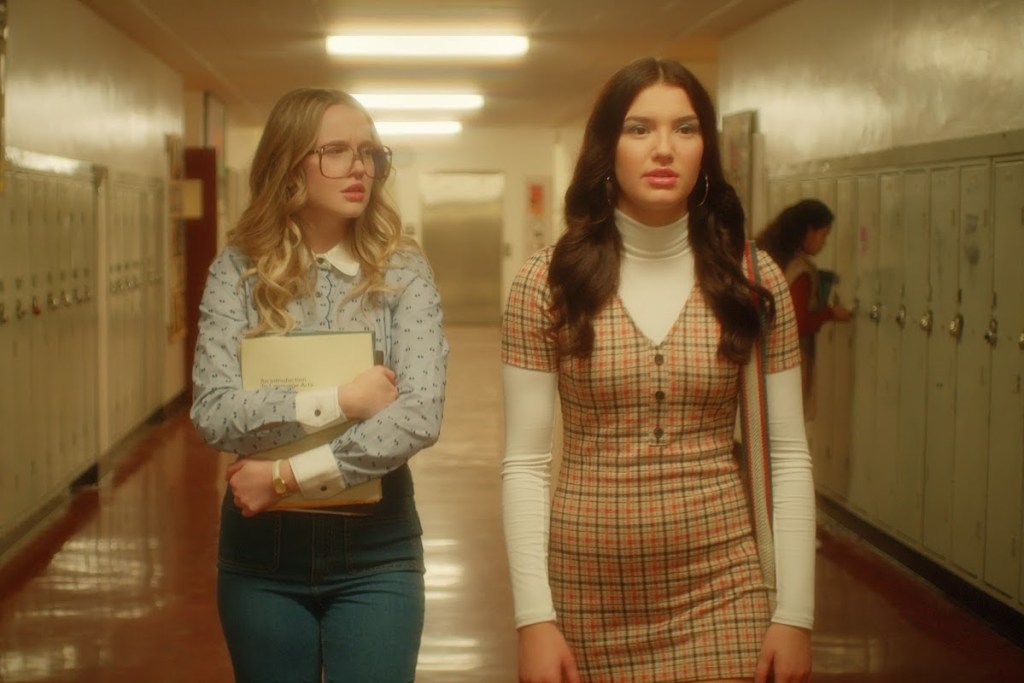 Firefly Lane seems to hit all the right notes when it comes to great series, and all the Hip team members are talking about it! It follows two totally different but inseparable friends through decades of careers, moving, and (sometimes difficult) choices.

“It’s a story of a friendship through the decades and will make ya want to call your best friend! It’s funny and so addicting to get into. I’ve heard the book is great too, and would love to read it.” – Lina 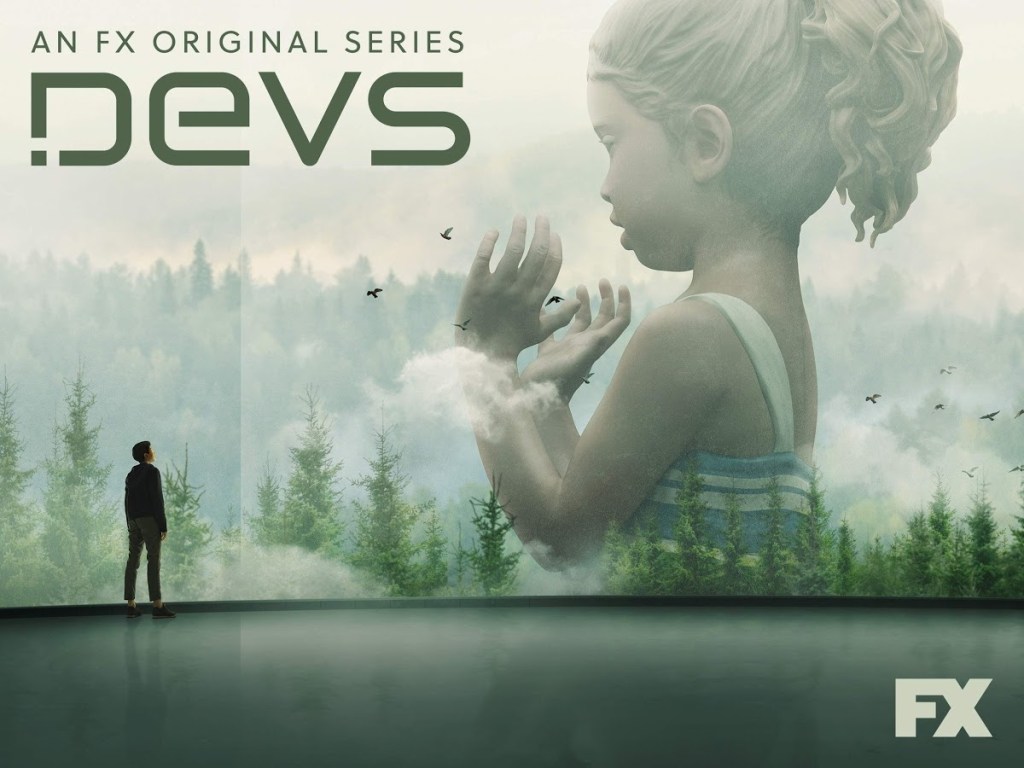 If you love Alex Garland’s unique style of directing thought-provoking SciFi, you’ll definitely want to give Devs a try. The series follows Lily, a software engineer at an advanced tech company who discovers a conspiracy in the wake of her boyfriend’s untimely death. Just keep in mind that this particular series may not be one to watch with children due to the mature themes.

“As a fan of science fiction, I think Devs is the perfect foray into thoughtful themes of humanity, free will, and determinism. It’s a slow burn that blossoms wonderfully into a conclusion that will keep you guessing.” – Shane 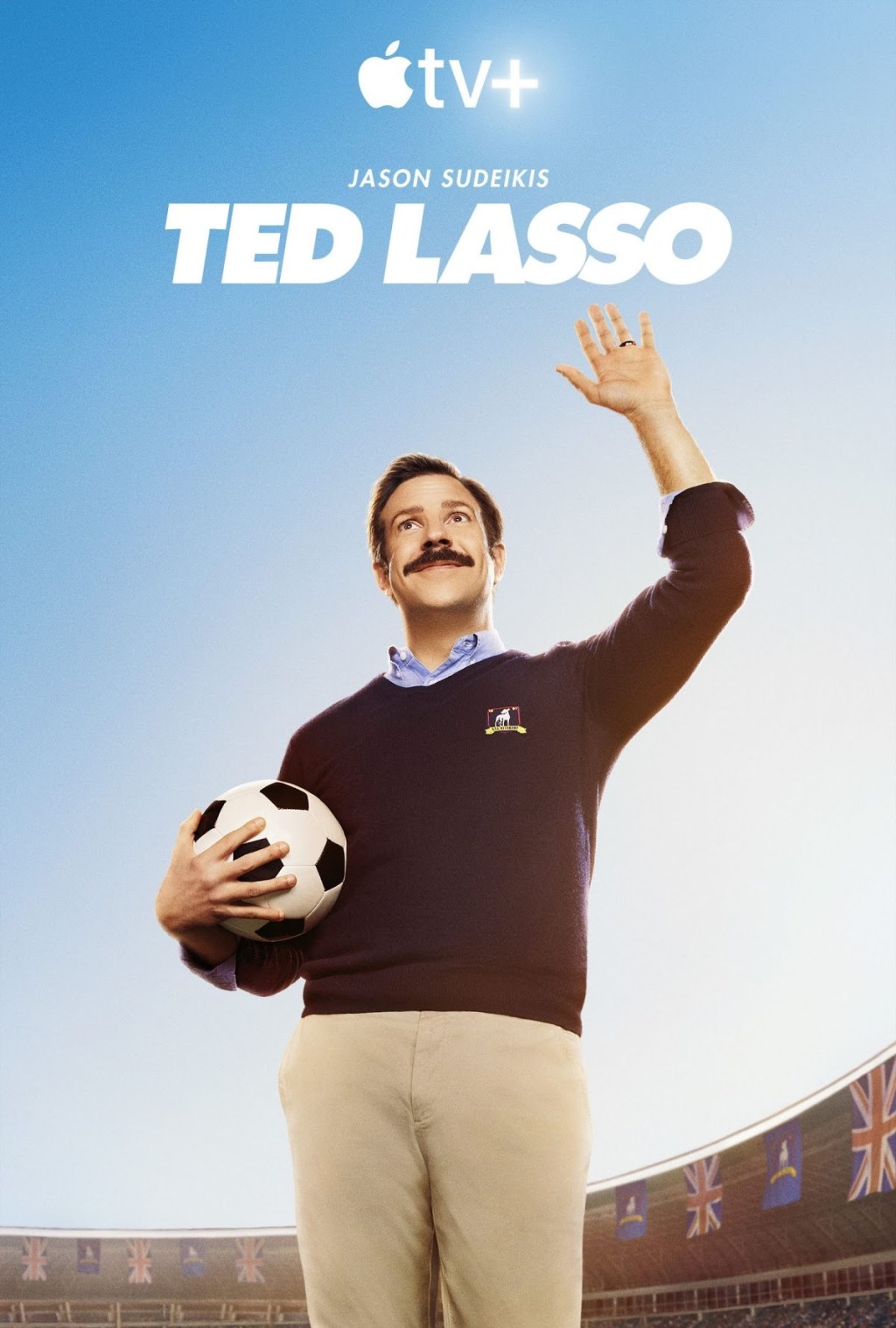 Jason Sudeikis stars as a good-hearted but naive football coach from a small American town who somehow finds himself coaching a professional English soccer team. So many Hip team members absolutely love this show!

“Ted Lasso was literally one of my favorite shows to watch last year and I cannot wait for Season 2! The storyline and characters are the perfect combination of funny, heartwarming, hopeful, and just plain magical. I am not typically a fan of shows focused on sports but this show is so much more than soccer – it is all about the importance of relationships and I guarantee that you will quickly fall in love with many of the characters. If you are looking for a show that will fill you up and make you smile, Ted Lasso is the answer! ENJOY!” – Bryn 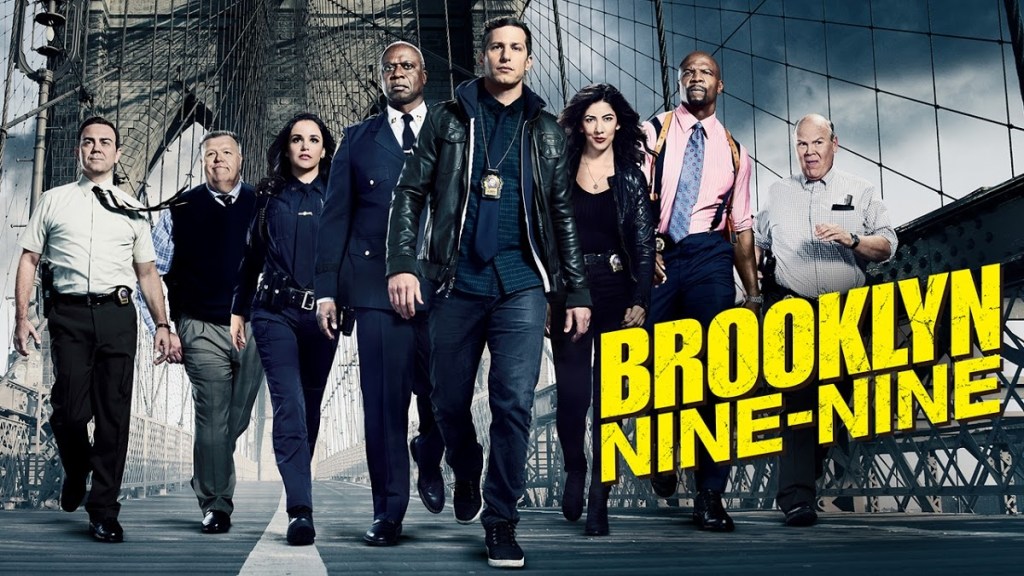 If you love comedies and you haven’t given Brooklyn Nine-Nine a chance, this is your sign that it’s time to watch it! It centers around the hilarious and unique group of friends all working in Brooklyn’s 99th precinct & follows their daily antics.

For some reason, I really resisted watching Brooklyn Nine-Nine for a long time. But y’all, it has some of the best dialogue I’ve ever heard, the casting is absolutely perfect, & despite being a comedy, it does tackle some serious issues with grace and well-timed humor. I’m very sad that the next season is the final one, but it’s definitely a show I’ll be rewatching!

The Way of the Househusband 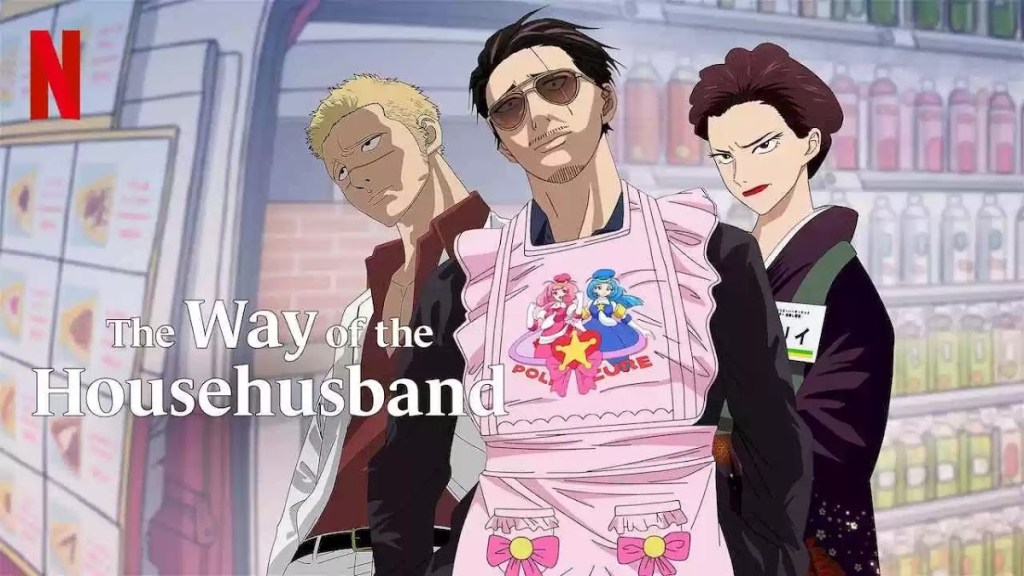 Watch The Way of the Househusband on Netflix

Netflix has a pretty solid library of animes to choose from, and The Way of the Househusband is a unique and ridiculous (in a good way!) take on the slice-of-life style. It depicts the day-to-day dealings of an ex-crime boss who leaves behind his dangerous life to take care of domestic duties.

“A retired ex-Yakuza boss retires from crime to become a househusband. Need I say more? If you are a fan of quirky, off-the-wall anime like One Punch Man, then this Netflix Miniseries is for YOU.” – Shane 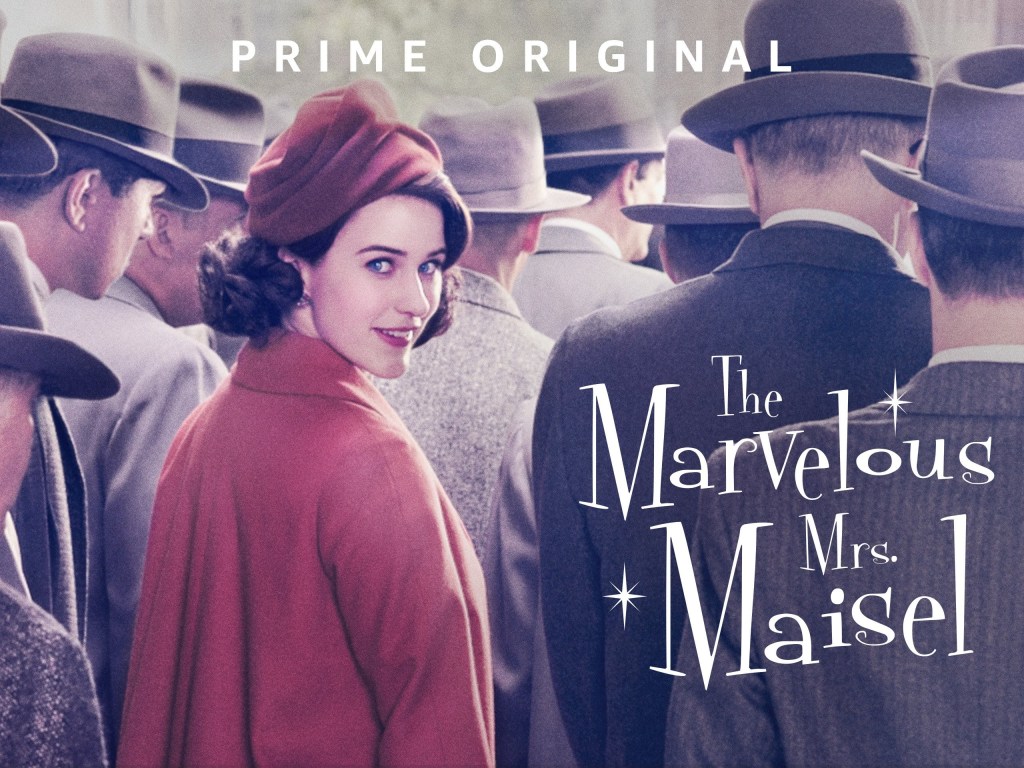 Set against a vintage 60s New York City backdrop, The Marvelous Mrs. Maisel follows a housewife named Miriam Maisel as she discovers her hidden talent for comedy at a time in which women were discouraged from that kind of work.

“Mrs. Maisel is super funny and entertaining. I love that it is based in the 60’s and shows what was popular during that time, while still telling a fun and interesting story.” – Amber 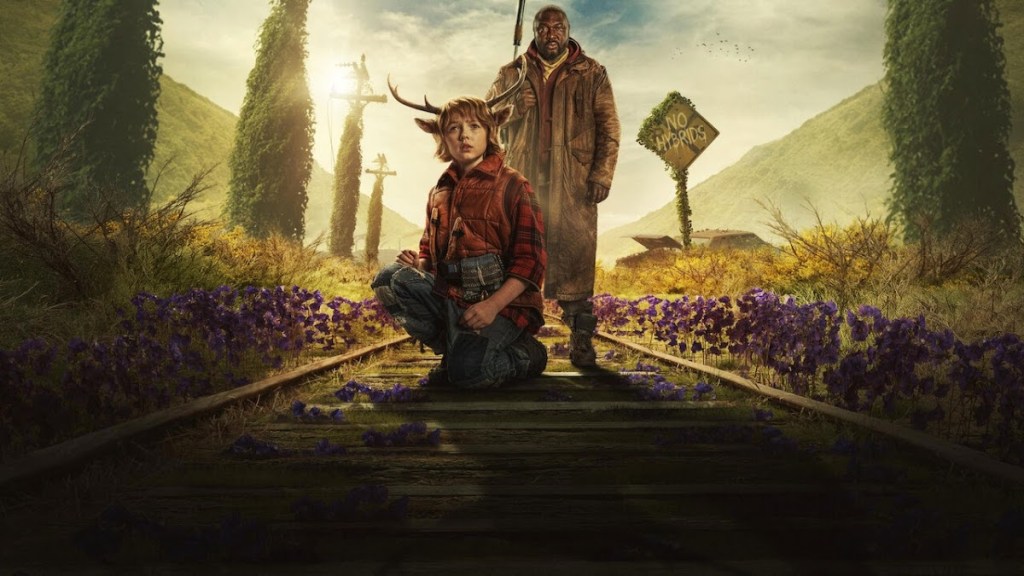 This fantasy series tells the story of Gus, a half-deer half-human hybrid who was born after a viral pandemic that led to the emergence of others like himself, and his reluctant travel partner, Jepper, in a post-apocalyptic United States.

“I watched Sweet Tooth on Netflix in one night and seriously loved the whole storyline. I’d recommend it!” – Stacy 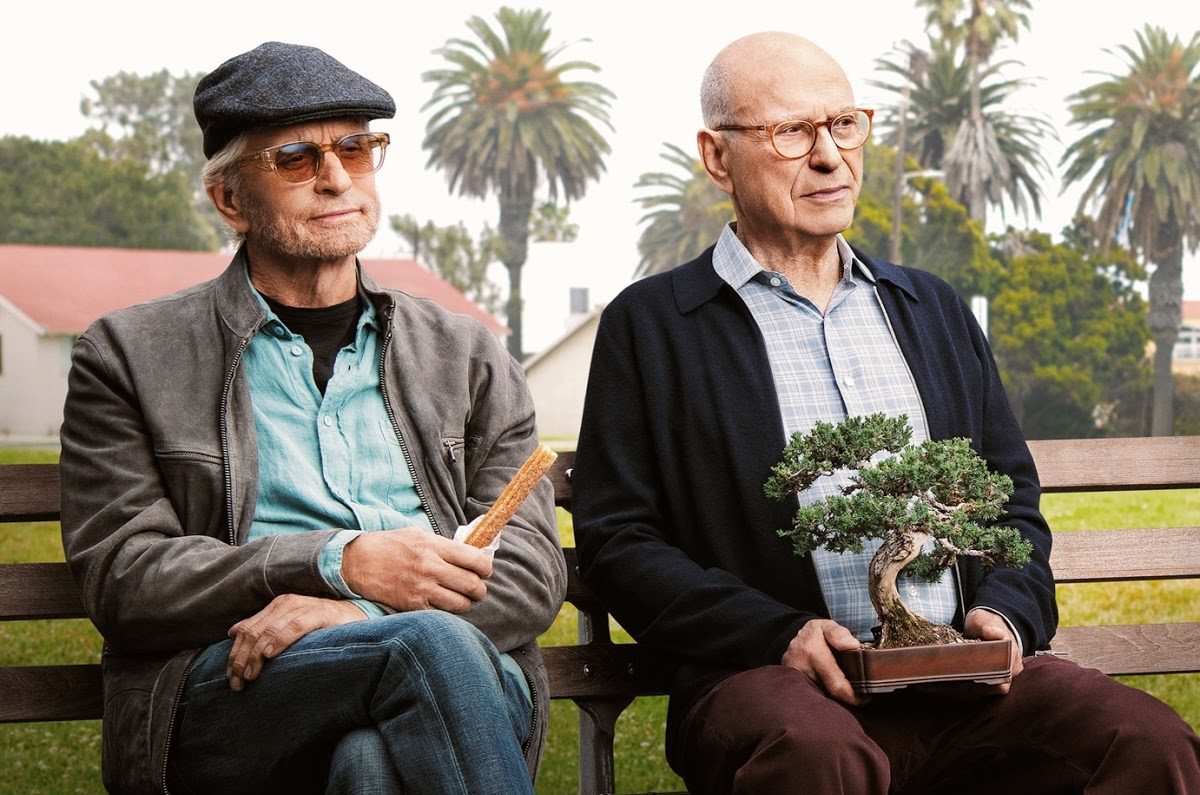 Watch The Kominsky Method on Netflix

This funny series focuses on an aging acting coach and his long-time agent as they live their lives in the youth-loving city of Los Angeles. If you like a lot of witty dialogue, this is the series for you!

“The Kominsky Method is hilarious! There are 3 seasons…it’s like Grumpy Old Men in the way the guys banter.” – Jen 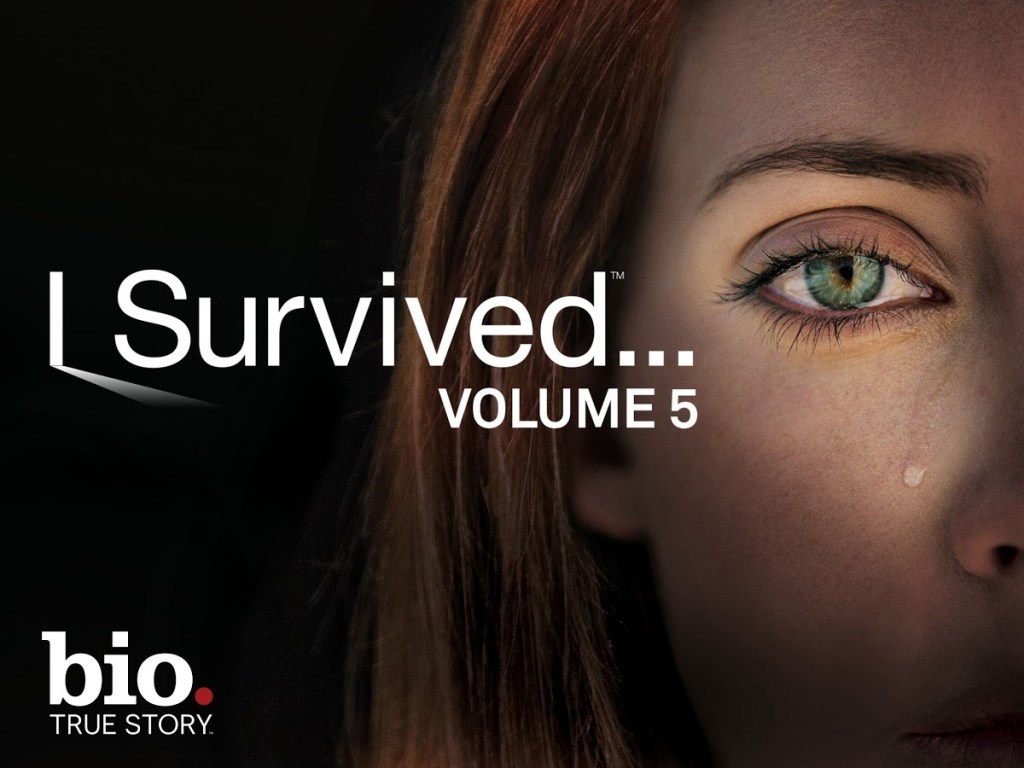 Watch I Survived… on Prime Video

If you enjoy true stories, you’ll appreciate the crazy and frightening situations in I Survived… on Prime Video. Each episode follows a new person or group of people who somehow survive deadly and unbelievable situations.

“I Survived… is a documentary where real people tell their stories about surviving seemingly impossible situations. It’s hopeful, inspiring, chilling, and brought tears to my eyes so many times.” – Stacy 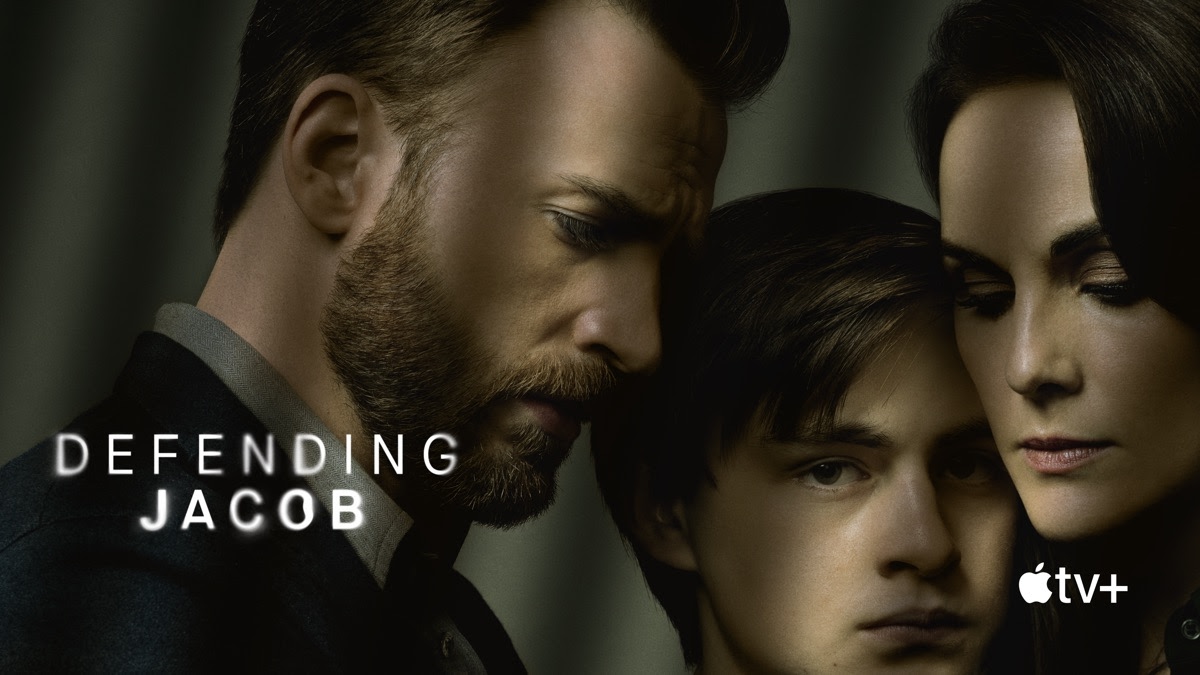 Defending Jacob takes place in an American small town and follows the story of a father who’s struggling between his duty as a district attorney and his love for his son who gets accused of murder. Fans of crime dramas will enjoy the series which, while not based on a true story, does draw its inspiration from similar cases.

“If you’re a fan of suspense and crime/mystery types of shows and movies, you may love this mini-series. Throughout the whole series, you’re constantly wondering “did he do it?” I thought the acting was really good… you can definitely feel the emotions running high. I also have started to really love watching these mini-series as you can basically watch the whole thing in one weekend. It’s kinda like a really long movie.” – Collin 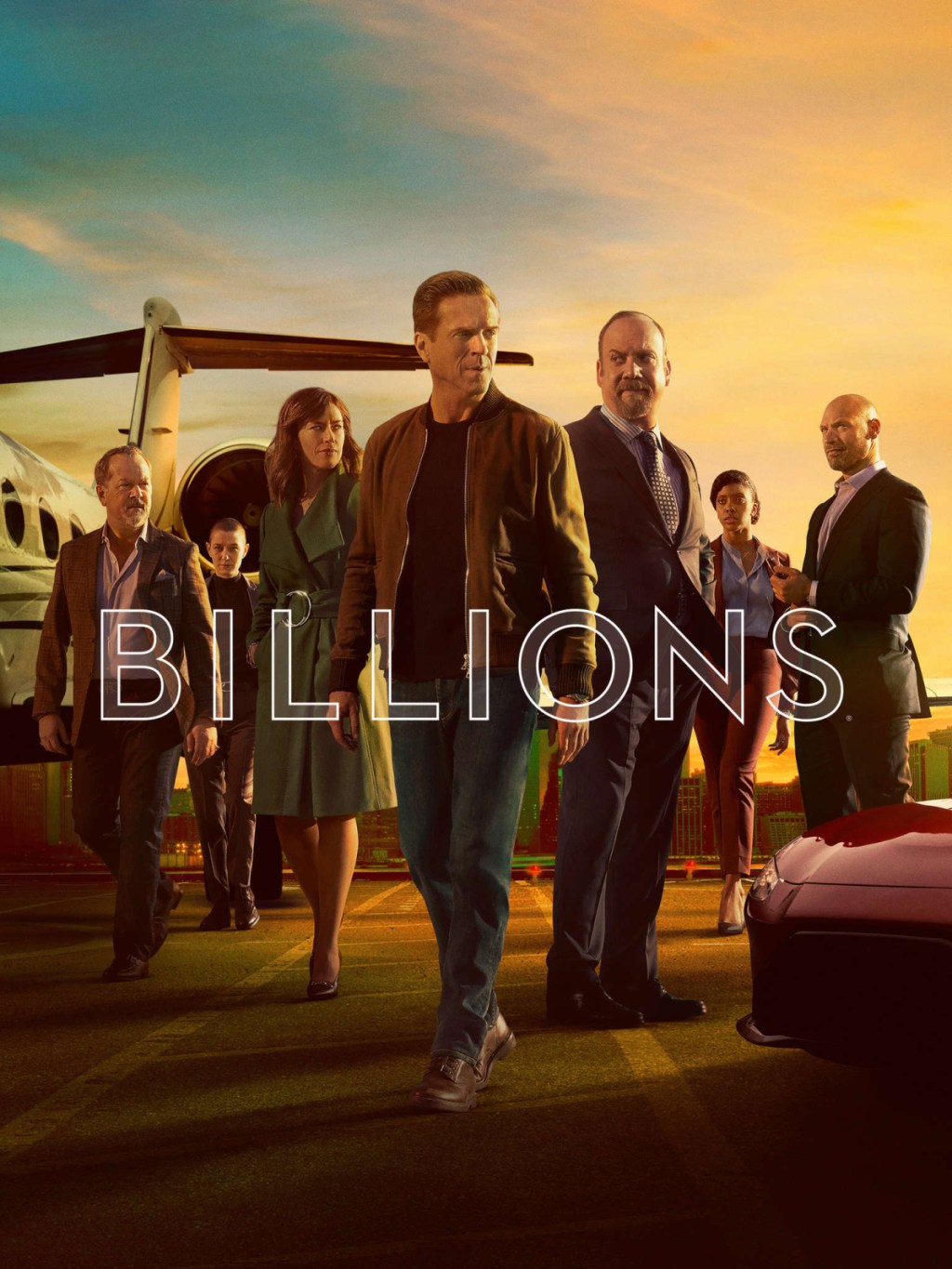 In this series, an attorney specializing in insider trading cases faces off against a billionaire hedge-fund manager. Although attorney Chuck Rhoades has never lost a case, he has to proceed carefully when his wife is working as a performance coach for the defendant’s company.

“I don’t watch TV often, but when I do, I love to watch an episode of Billions. I love all the characters, but Damian Lewis is my favorite! It’s fun to see how the ridiculously wealthy live their lives and with Crypto on the rise it’s interesting to gain some insight on his character as a hedge-fund king.” – Sara

Check out these great movie deals that you can score from home! 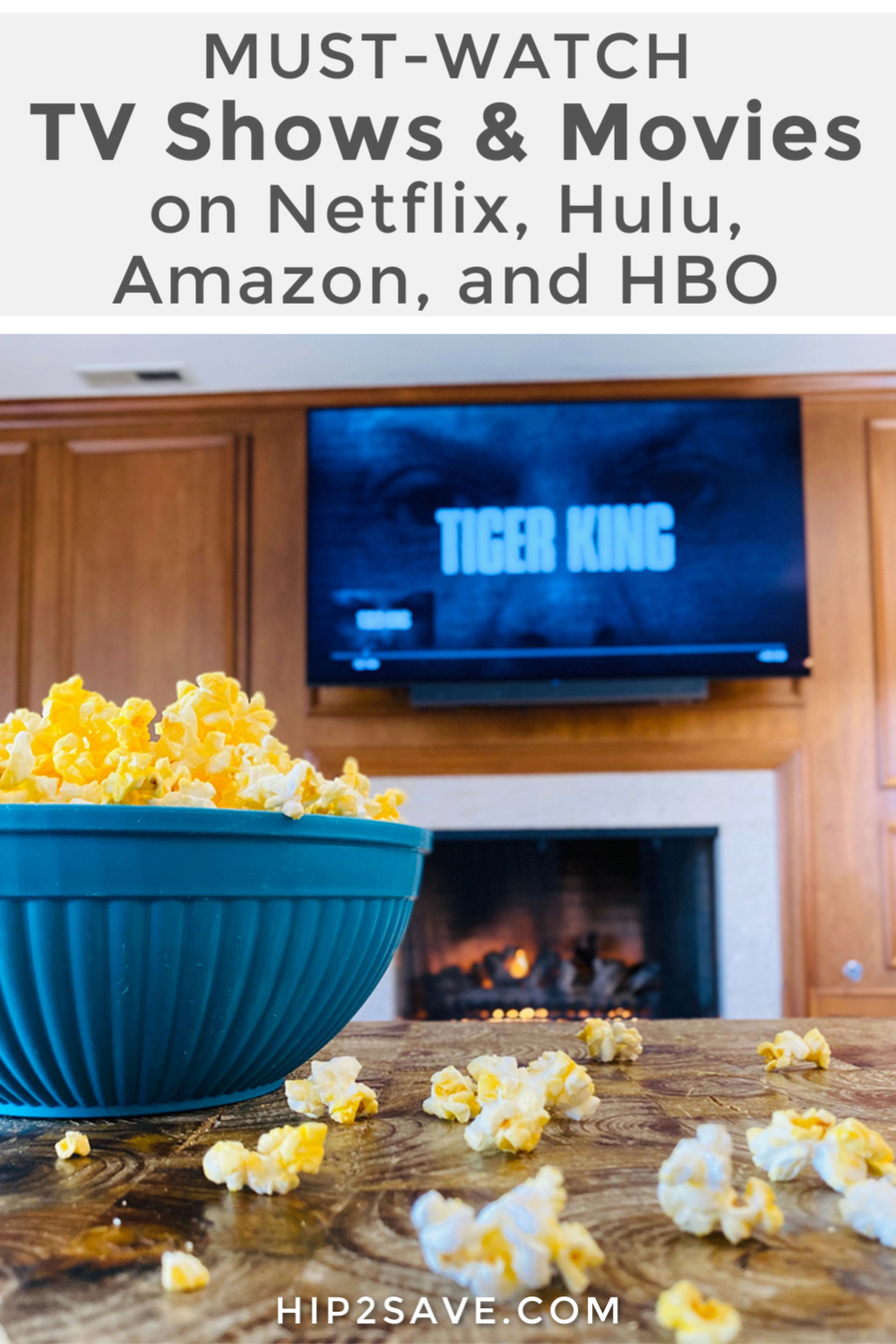