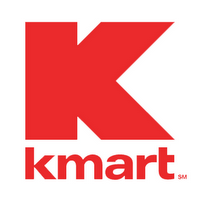 Well, it looks like Kmart has decided NOT to advertised the double coupon promotion in most weekly ads. If it’s not advertised in your local ad it does NOT mean your store is not participating in the doubles promotion. Lots of readers emailed Kmart regarding this and here’s what they received back:

Thank you for contacting Kmart regarding the Kmart Double Coupon Event. We appreciate your interest in this promotion. Our next double coupon event will run from 6/7/09 through 6/13/09. All stores except locations in Hawaii, Puerto Rico, Guam, Virgin Islands, and select stores in CA, FL, IN, and PA are participating. Once again, thank you for your interest in our double coupon promotions.We appreciate your business and value you as a Sears Holdings customer. We certainly hope you will continue to make Sears Holdings your choice for quality and value.
*******************************
So the good news is it looks like most states ARE participating! On another positive note, it’s almost better they aren’t advertising this promotion in all their weekly ads. This means that possibly less people will know about the promotion–Which in turn means there may be more items in stock throughout the week. I also want to add that even if the cashier doesn’t know about the doubles promotion it really won’t matter! If your store is participating the registers will double the coupons automatically, so it shouldn’t be an issue even if you have a clueless cashier.
Also, they’ve stated in the ad that they are limiting customers to 10 total coupons per day. The strange part is that in the upcoming 6/7 Proctor & Gamble coupon insert they advertise Kmart doubles and the fine print states, “limit 75 coupons per day”. I would bring the P&G coupon insert with you when you go shopping. They may honor the 75 coupon limit that’s stated and it doesn’t hurt to ask. It may be even easier for them to honor this if your store doesn’t even have the 10 coupon limit advertised in their weekly ad.
(Thanks goes out to Kate for passing along this info)

Make Your Own Taco Bell Mexican Pizza at Home