What are YOUR Price Points for Baby Items? 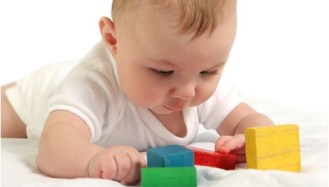 Check out this email I recently received from reader, Jennifer…

Hi Collin! First, thanks for all you do to help us all save a bundle! Speaking of bundles, my husband and I just found out that we are expecting our first baby in September. 🙂 We are so happy and excited. Shortly after we found out, my husband said “you better start stocking up on baby freebies you know!” He has really come to love my couponing! LOL! I’m wondering if you might ask my fellow Hip2Savers to help me and other first time moms out there. I am totally lost on all things baby. What is a good price point for wipes, diapers, shampoo, lotion, formula etc.? Also, how far in advance can I stock up on certain items without worrying about spoiling? Can I stock up on wipes without worry that they will dry out? I have a million questions and know I can count on my Hip2Save community to help me out with the savings part!

Since all of my kiddos are finally out of diapers (Yippee!!), I am having a hard time coming up with good price points for the mentioned items above. So if you have a baby or toddler, please help Jennifer and other new mommies out by sharing your stock-up prices and any other money-saving tips/advice that you can offer a first-time mom. I would also love for you to suggest must-have baby items (i.e. for me, it was my sling and a Bumbo Baby seat) and baby items that you may feel are totally unnecessary.

And congratulations to Jennifer and all the other expectant Hip2Savers! 😀