Watch Out, Apple Watch Fans: You Have Competition! 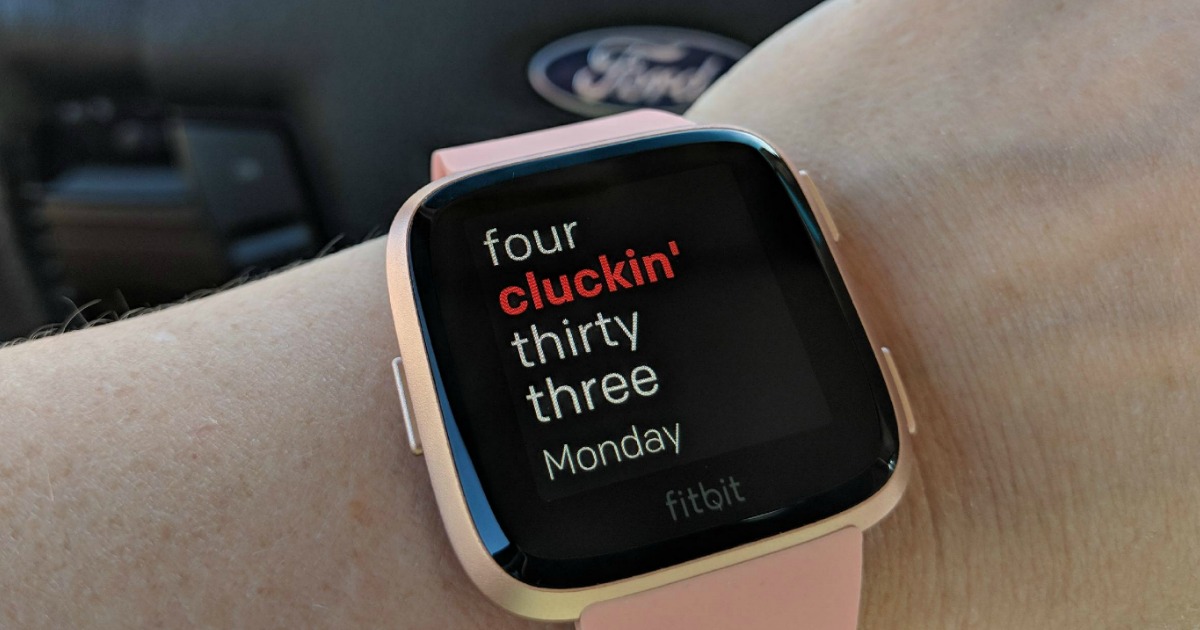 Hi all – It’s Jennifer, one of Collin’s sidekicks.

I know there are die-hard Apple fans out there, and while I admit a lot of Apple products outperform their competitors… the Fitbit Versa is LEGIT! I now have a product that is not running on an iOS system that gives the Apple Watch a run for its money and it’s A LOT cheaper!

And, good news! It can sync up with iOS, Android, and a Windows Phone. Apple Users now have a smartwatch that (in my opinion) is better and cheaper.

I’m not going to do a side by side comparison of everything the Apple Watch and Fitbit Versa can do, but I’ll just focus on my favorite features. 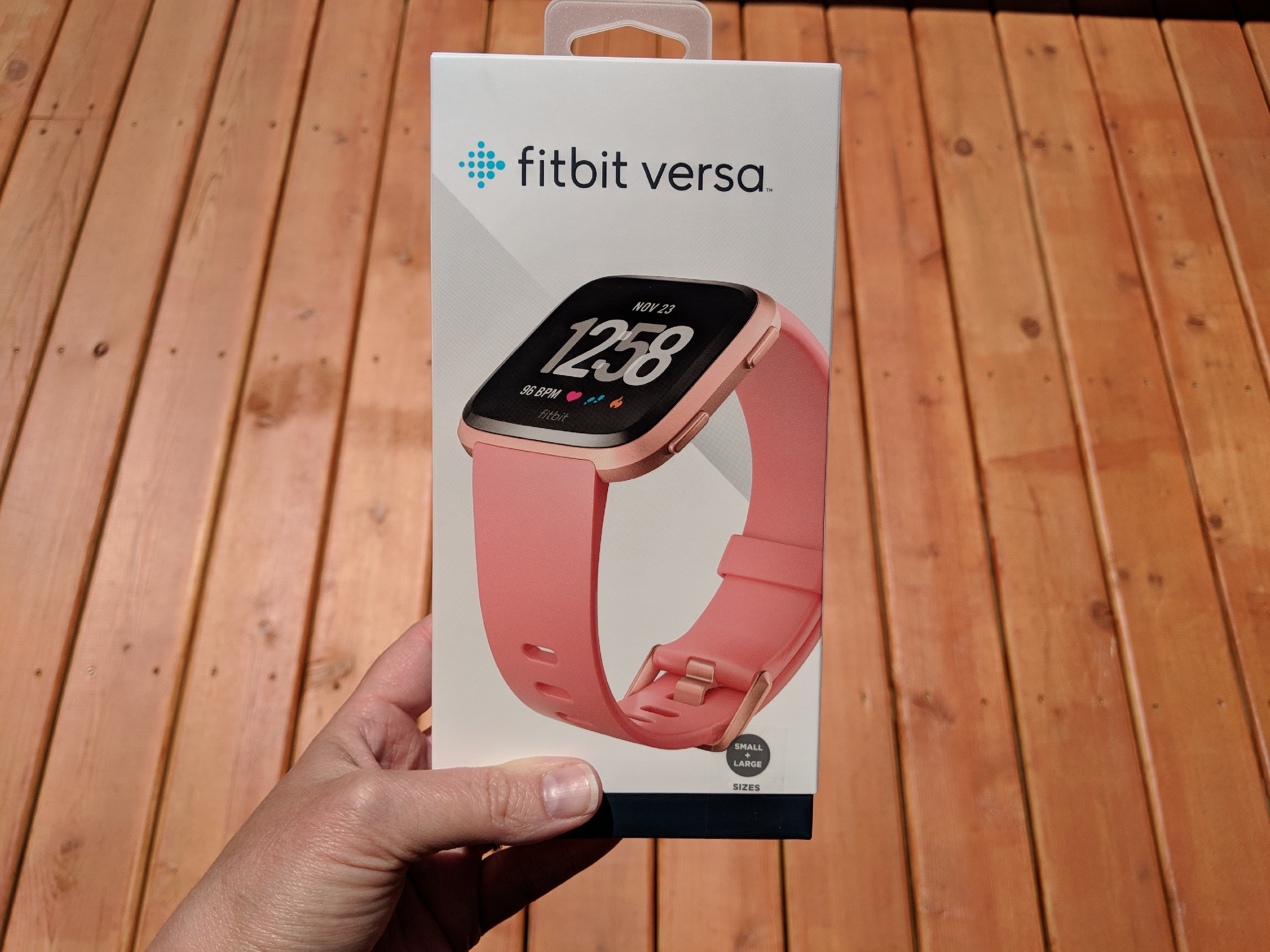 First of all, the battery life on an Apple Watch is around 18 hours. If you want to track your sleep, this becomes a problem unless you decide to charge your watch during the day – but then you want to use it during the day.

The Fitbit Versa has a battery life of a whopping FIVE days! YES! Five days – and mine has never been less than a full five days before I need to charge it.  There are several benefits to this, including sleep tracking and not having to stop and charge your watch.

And GET THIS, I left town on Wednesday and returned Sunday, and I still didn’t have to charge my Versa until Monday. That means you can take vacations without bringing a charger, which is nice when you have to bring all sorts of chargers for your phone, tablets, and other devices already. I should also mention it only takes one hour to fully charge my Versa, whereas an Apple Watch takes 2.5 hours to fully charge. 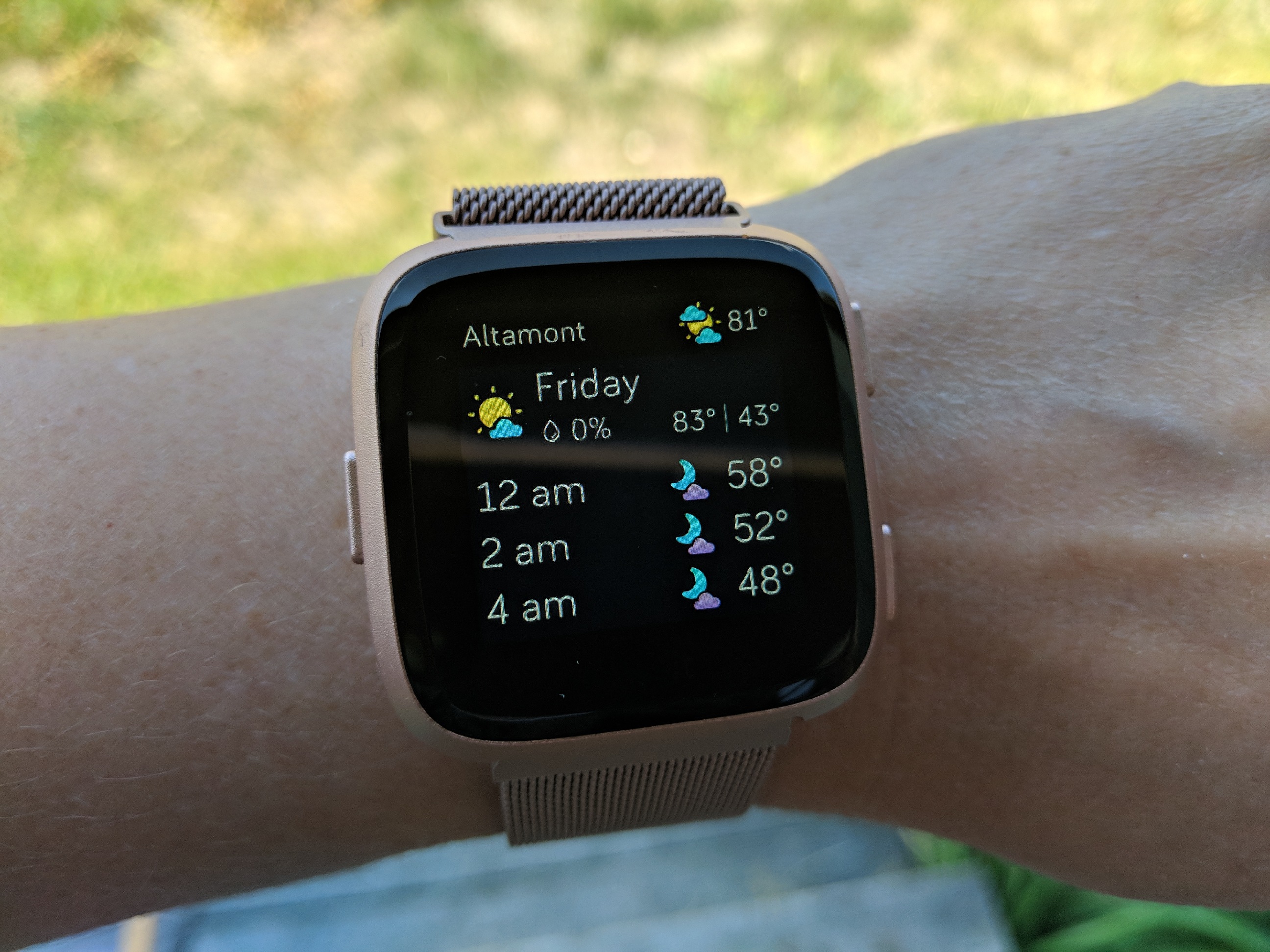 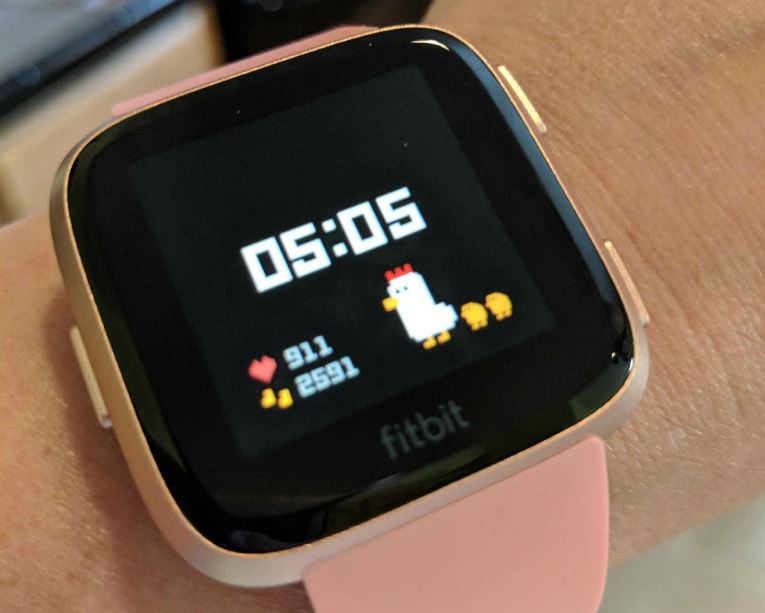 With the Versa, I can track my periods, cramps, and other symptoms. The female health-tracking feature is already on the watch. It helps predict your next fertile window based on the data you enter. While you can’t log the information directly on the watch, you can see your information directly from your wrist. The Apple Watch has third-party period-tracking apps you can get as well, but they’re not part of the original interface. 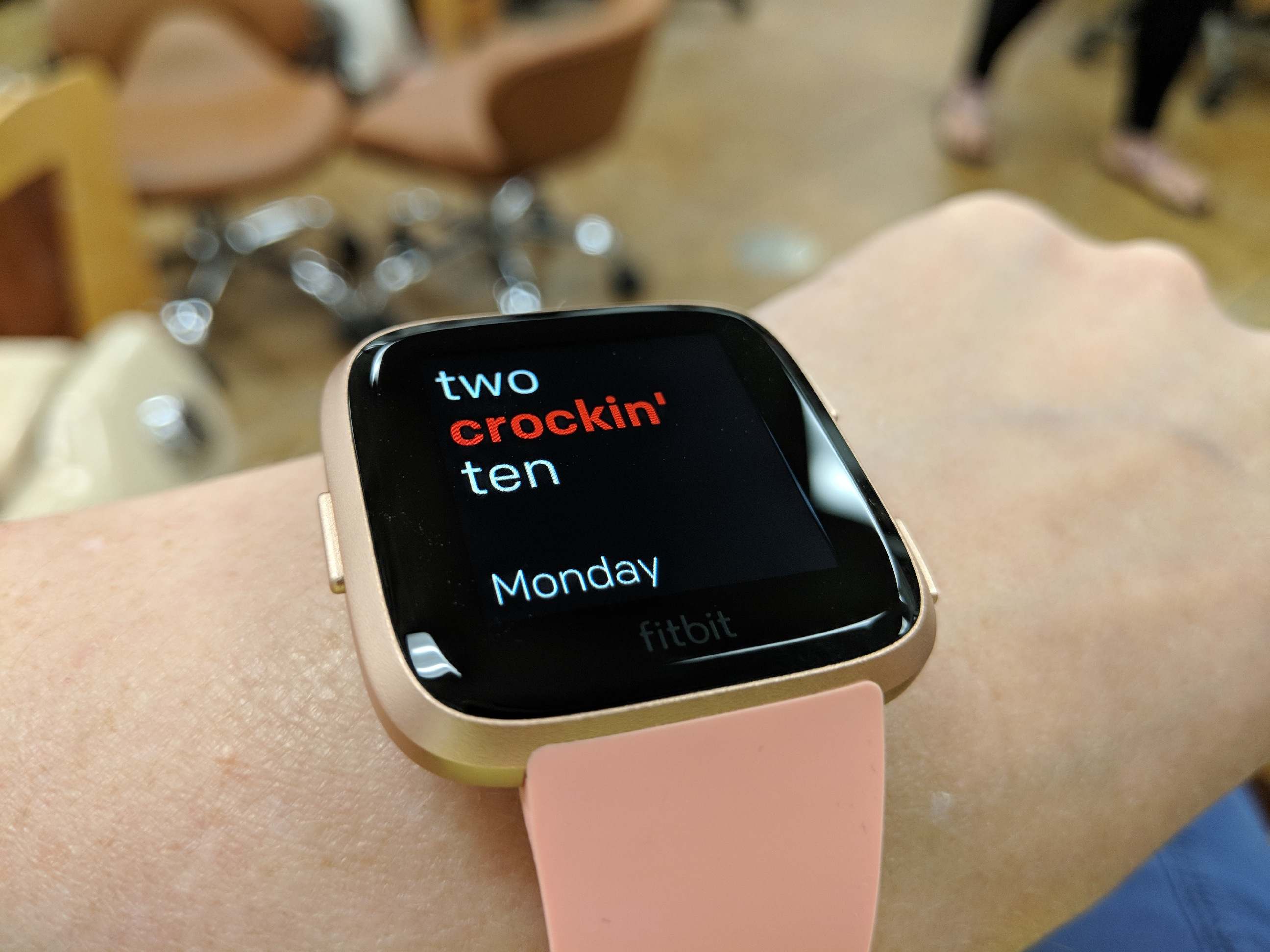 I like that I can walk away from my phone, but I still receive notifications. If I’m out working in the garden, my Versa buzzes on my wrist when someone is calling, and I can see who it is. This helps me remember to call them back or to grab my phone. The Apple Watch has this same feature, and it works essentially the same. 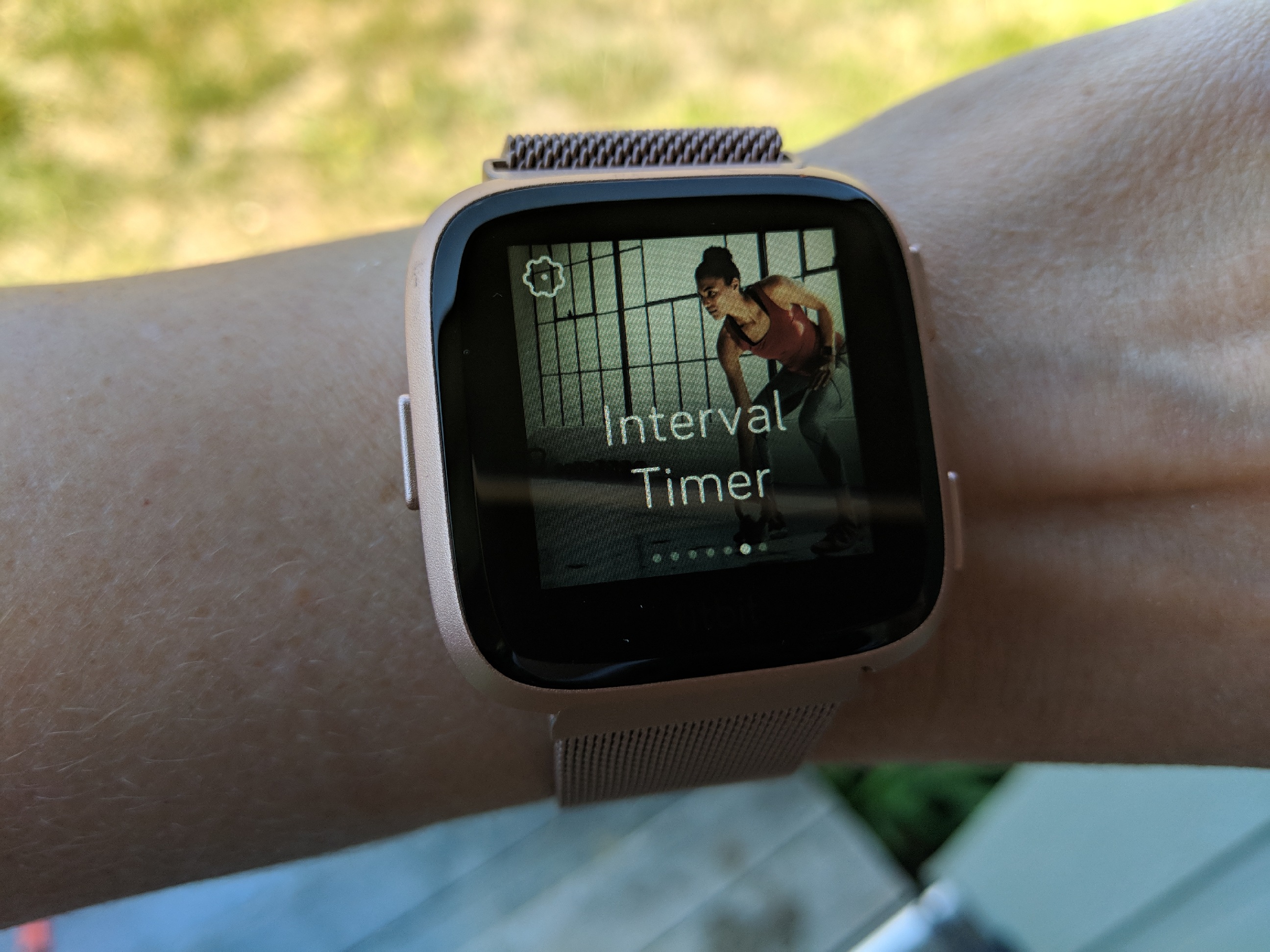 The Versa has workout routines/plans. It shows you the moves right on your wrist – and you can initiate a guided training session right in your living room. Fitbit’s reminders are also more focused on motivating regular movement (for example, by requiring 250 steps an hour to “win”).  This focus is not part of the Apple Watch.

Fitbit consolidates all your fitness data into its main phone app, making it much easier to interpret.  The Apple Watch splits your fitness data across 3 apps:  the Watch app, the Activity app, and the Health app on the iPhone. 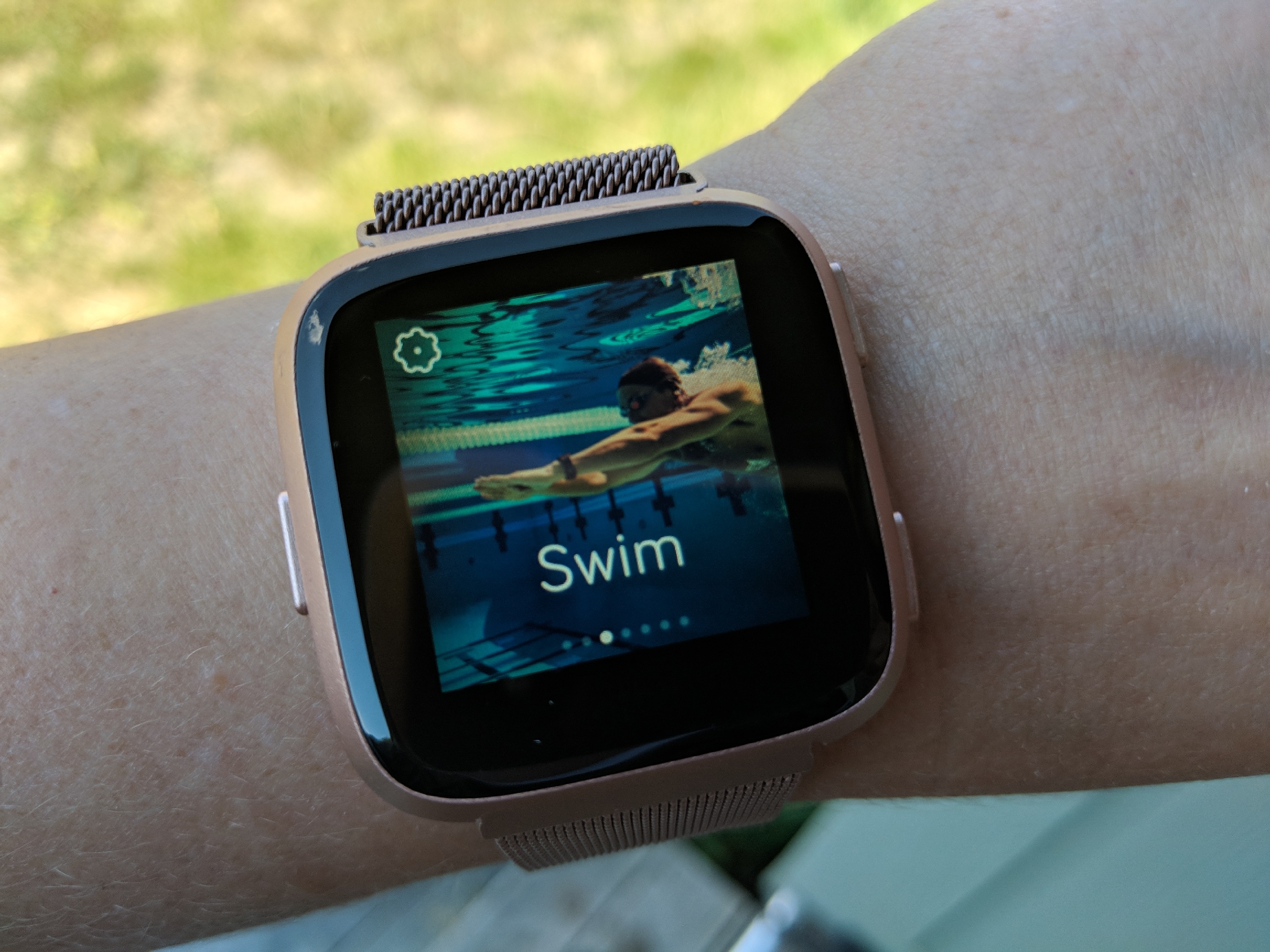 Both the Versa and Apple Watch have a lot of the same cool features. They’re both waterproof, show notifications, track fitness, heart rate, play music, track steps, and more. But did I mention battery life?  It’s worth mentioning again – Versa’s battery life is 667% longer than the Apple Watch. And, as you can see, I love the clock faces, too!

Want the best price on a Versa?

Fitbit Versa’s are the same as Apple Watches in the fact that they don’t go on sale. I’ve found the best way to buy the Versa is from Kohl’s when they’re offering Kohl’s Cash. You pay $199 out-of-pocket and earn $40 Kohl’s Cash. This is free money you can use in about a week’s time on other things you need at Kohl’s.

Otherwise, if you shop anywhere else, you pay the $199 and get nothing in return – Still, at less than 50% of the cost of an Apple watch, you’ve still got a great watch!

Note: I’m not being paid by the Fitbit company for this post. I just love this watch and wanted to share my experience with you.❤

All Laundry Detergent or Snuggle Fabric Softener Just $2.49 at Walgreens

These Forever 21 Sandals Are a Great Dupe for the Popular Steve Madden Gladiator Sandals & They’re Just $9.99