Stetson’s White Claw Hard Seltzer Taste Test – Is It Worth the Hype? 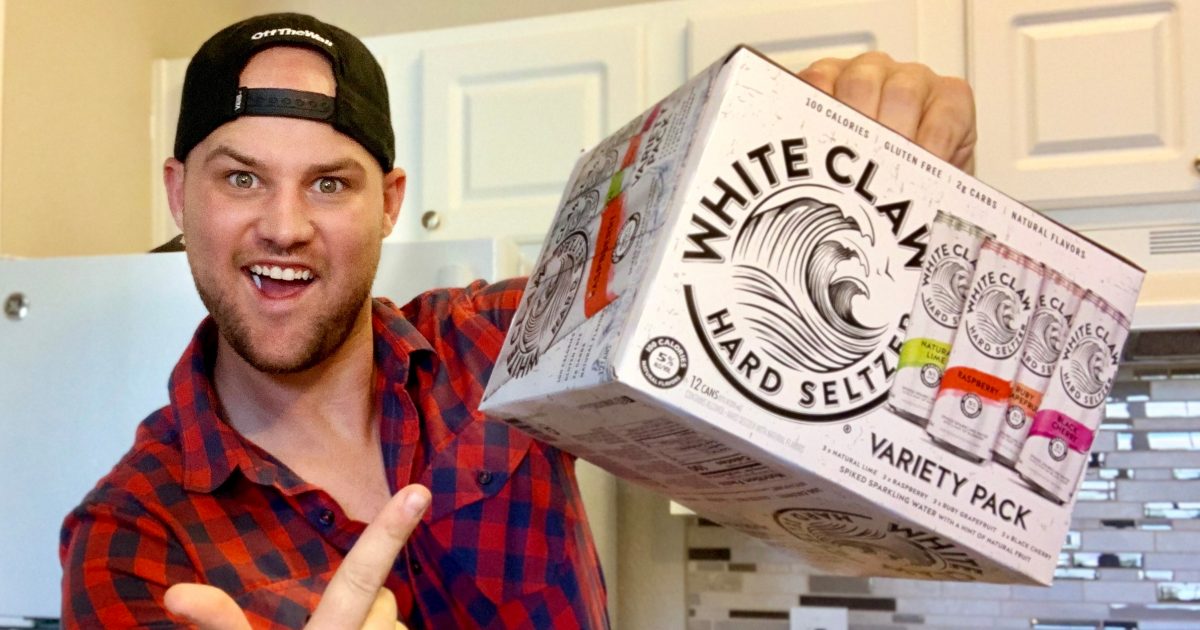 Stetson’s latest product review is for our 21+ readers!

With hard-seltzer fever sweeping the nation, you’ve probably seen this bubbly beverage at parties, picnics, and barbecues all summer long. Of all the spiked seltzers available, White Claw has quickly emerged as a fan favorite among everyone from fraternity brothers to southern grandmas.

For those new to the world of spiked seltzers, White Claw Hard Seltzer is a blend of seltzer water, a gluten-free alcohol base, and a hint of fruit flavor. With 100 calories, 2g of carbs, and all-natural flavors in every can, White Claw advertises itself as “pure refreshment for your balanced, active lifestyle.” No preservatives, dietary fiber, or crystalline fructose are added to this beverage, which contains 5% alcohol by volume.

Never, have I ever had a White Claw. I have been introduced to Truly (another spiked seltzer), and I really enjoy Truly’s Blueberry Açaí flavor, as a matter of fact. With that being said, I was excited to try out its rival White Claw. Everyone – I mean EVERYONE loves White Claw, and I had to see for myself why! 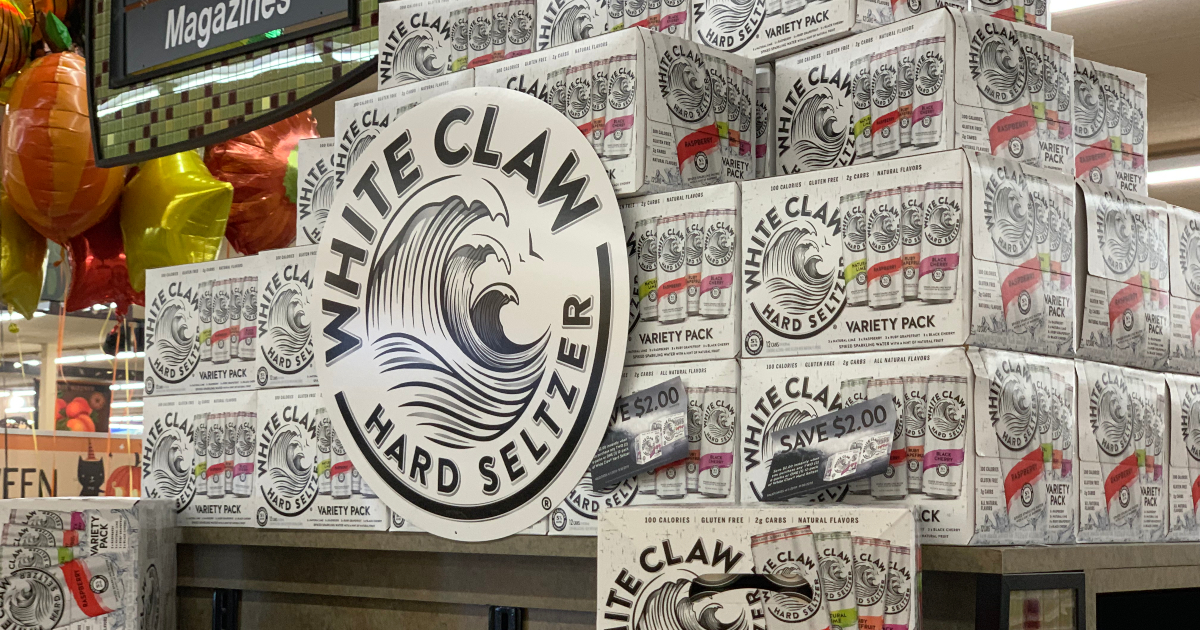 We were eager to see if White Claw was as delicious as advertised, or if #whiteclawwednesday was nothing more than social media hype. We sent our self-proclaimed “truly man” Stetson out in search of the White Claw variety pack so he could give it a taste. Finding this popular beverage was no easy task, though!

I spent most of my day searching high and low at different stores and these things were completely wiped out. After all, college is back in session! I was fortunate to locate White Claw variety packs at a regional supermarket called Raley’s, where they were selling for $14.99. There was also a peel-off coupon for $2 off two cases, but I only bought the one case.

This variety pack includes four different varieties including Black Cherry, Natural Lime, Raspberry, and Ruby Grapefruit. I was excited, to say the least! At just 100 calories and 5% alcohol, this gluten-free beverage was not to be messed with, or so I was told. Here are my honest opinions of each flavor… 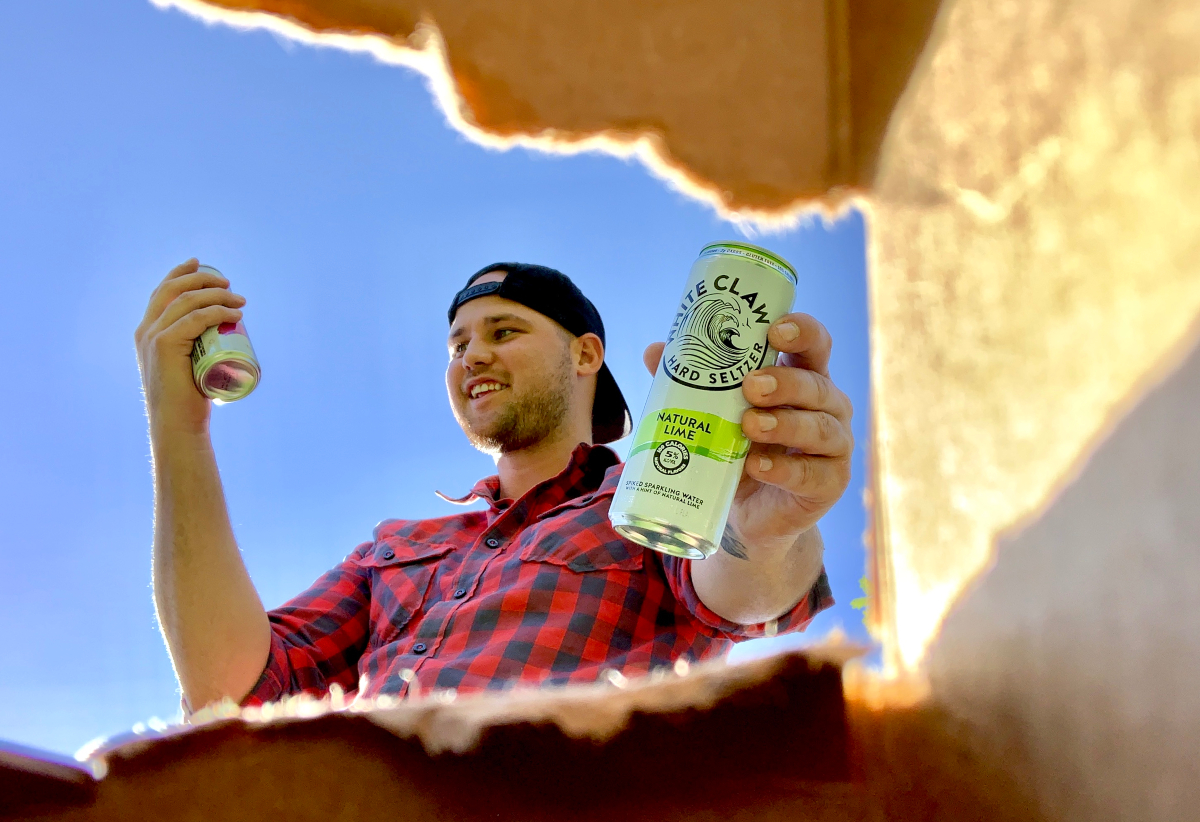 Natrual Lime was the first flavor I tasted. Right off the bat, it threw me off a bit. I do like lime, however I just didn’t get enough of it from this drink. It’s not a bad drink at all, since you still get that citrus taste with a hint of lime. I don’t think this one is going to be one of my favorites, but I would still drink it, for sure. 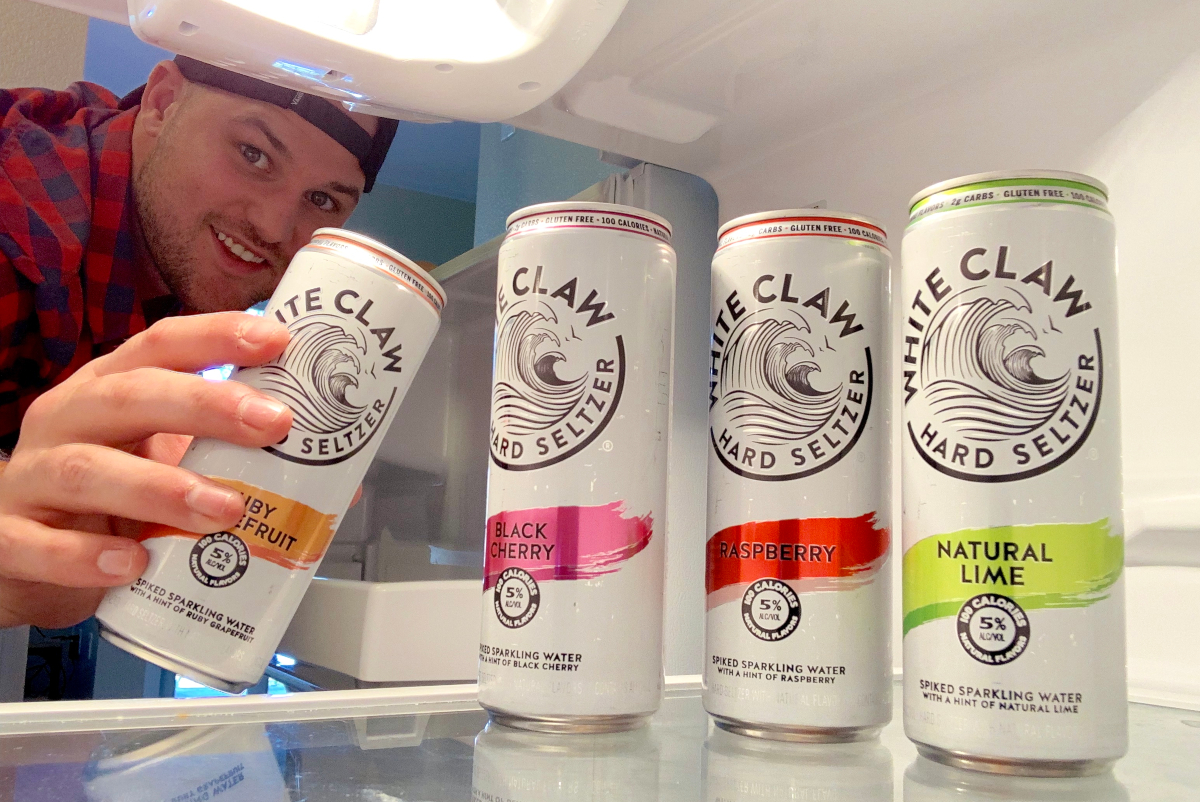 I felt that the Ruby Grapefruit had a little bit more flavor compared to the Natural Lime. You can really taste the fruity flavor in this drink, and it was a bit easier to throw back. I enjoyed it as it it went down smooth and it left a good after taste. 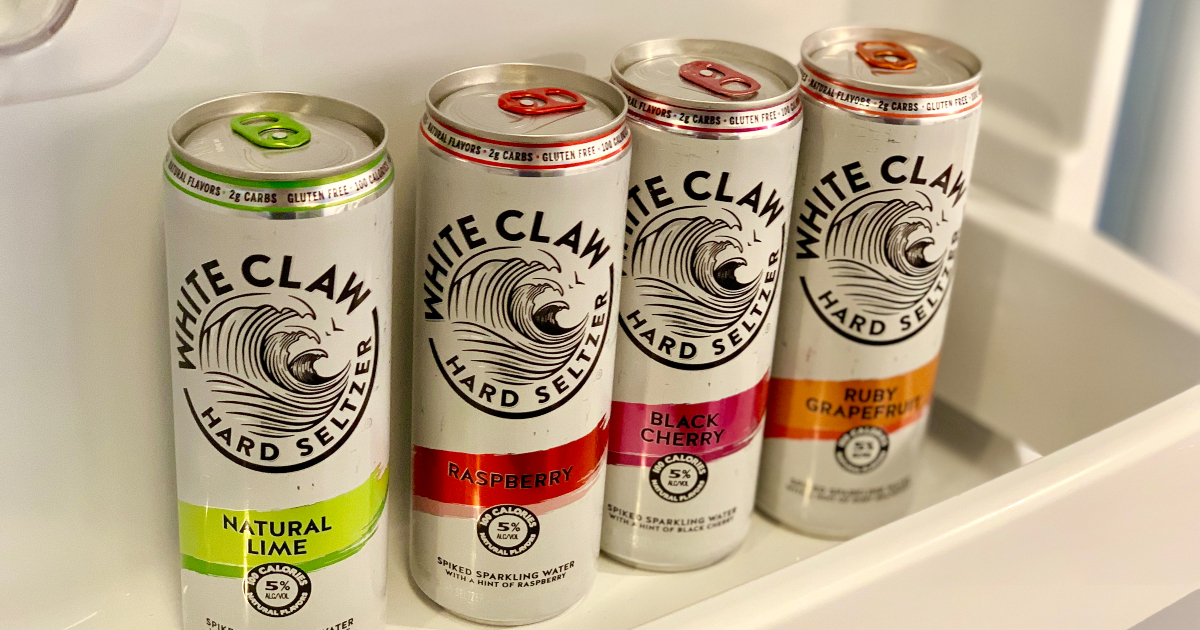 This tasted really good in my opinion. I got a Kool-Aid vibe from it, and who doesn’t love Kool-Aid? Imagine having Kool-Aid mixed with spiked soda water, and you are feeling like a college kid all over again. This was my favorite out of the bunch. 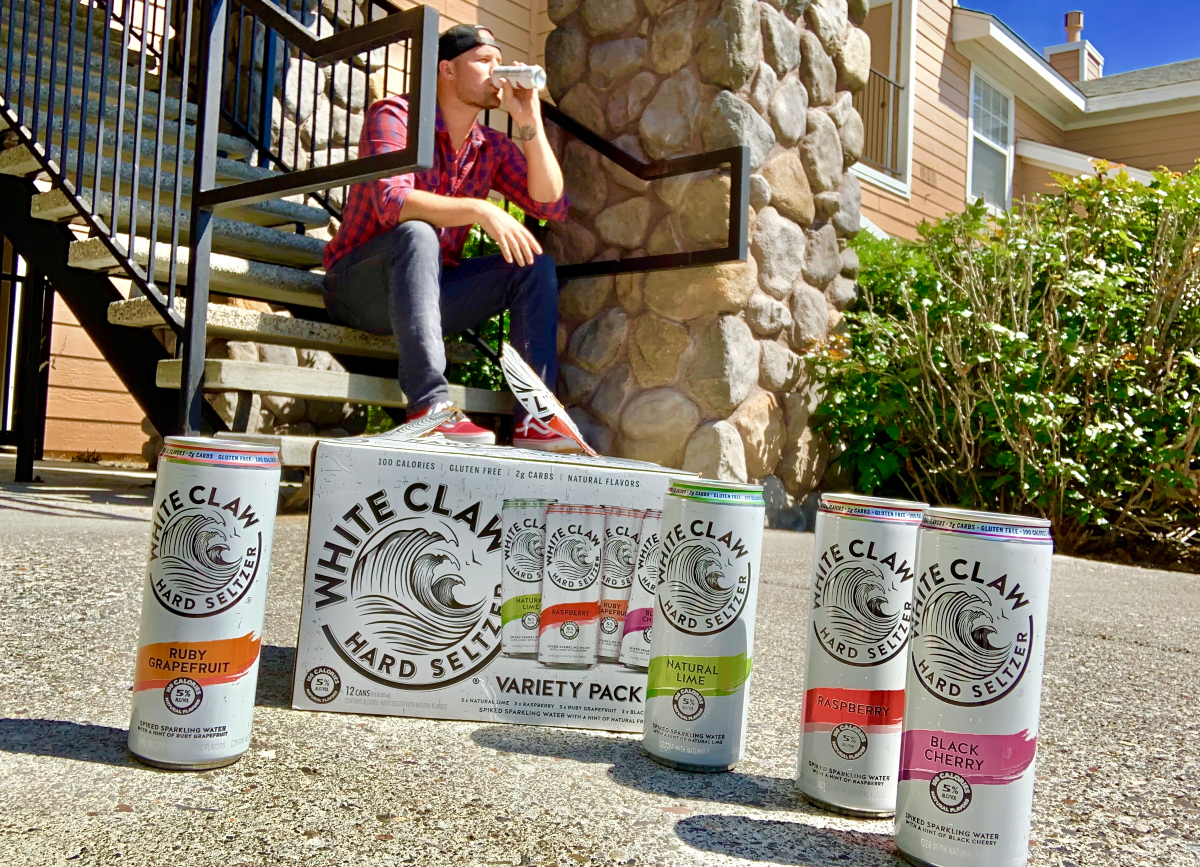 A lot of people raved about this flavor, and many claim it’s the best! Although it was very good, the fruity flavor did kind of remind me of cough syrup. It wasn’t strong by any means, but it did leave that taste lingering at the end. I still enjoyed it a lot!

White Claw comes in 5 all-natural fruit flavors, including the four that Stetson tried from the variety pack and an additional Mango flavor. It also comes in the flavorless “Pure,” variety, which is advertised as a limited-edition “refreshing alternative to vodka & soda.”

What’s the final White Claw verdict? Stetson is giving applause to the Claws! Each can contains the perfect combination of fruity flavor and fizz. They’re easy to enjoy, either straight out of the can or by adding your own flavor twist. Stetson says,

Honestly, I would recommend all four of these flavors for any occasion. They are fun and very trendy, and now I can see why – they’re good! When it’s all said and done, I’m still am a Truly fan, but you best believe that when I see one of these in a fridge I won’t be turning it down. Ain’t no laws when you’re drinking Claws! 😉

Have you seen these? 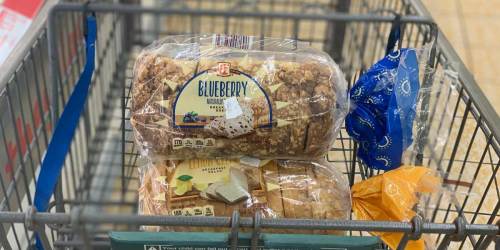 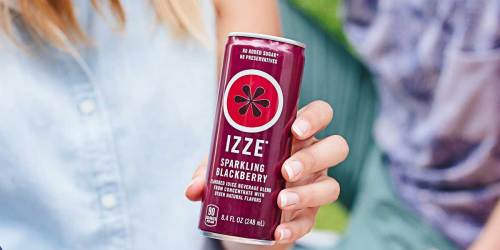