This Huge Disney Animated Ursula on HomeDepot.com is Just What your Halloween Décor Needs 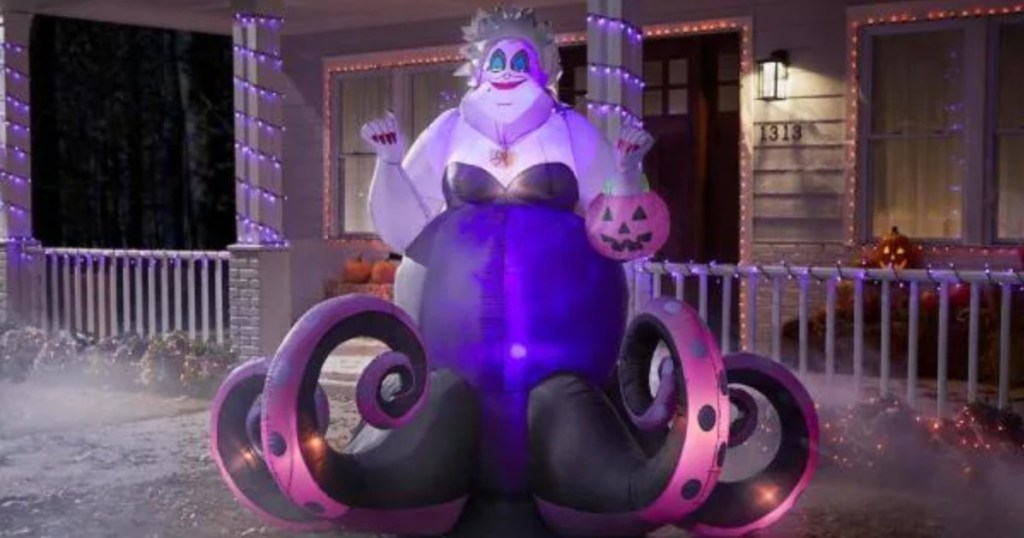 The Home Depot is such a fun place to shop for Halloween decorations and their large selection of inflatables has grown to include one of Disney’s most infamous villains. They are now selling a giant air-blown version of the wicked sea queen from The Little Mermaid, Ursula!

This six-foot-tall animated Ursula inflates in seconds and comes with everything needed for easy outdoor setup. Just plug it in, stake it down, and watch the magic unfold as the villainous sea witch inflates to her full size. 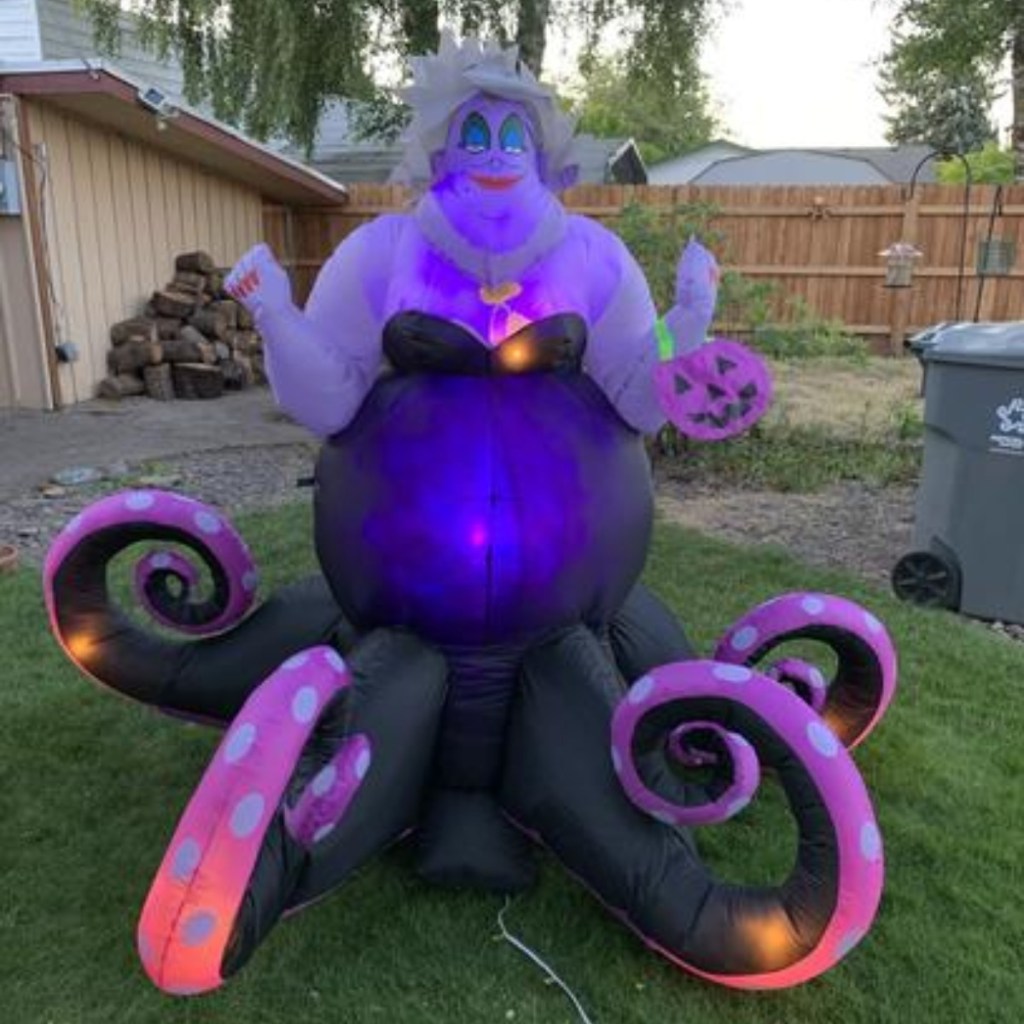 The details on this inflatable Ursula make her instantly recognizable to anyone who’s seen The Little Mermaid, right down to the seashell necklace containing the voice of Ariel. She also has tentacles that move independently and light up with a super spooky “flame” effect, so she looks like she’s scurrying across the lawn to steal your voice too!

This air-blown Disney villain is also carrying a purple pumpkin for trick-or-treating, but don’t let that fool you. We can tell from her evil grin that she’s up to no good! 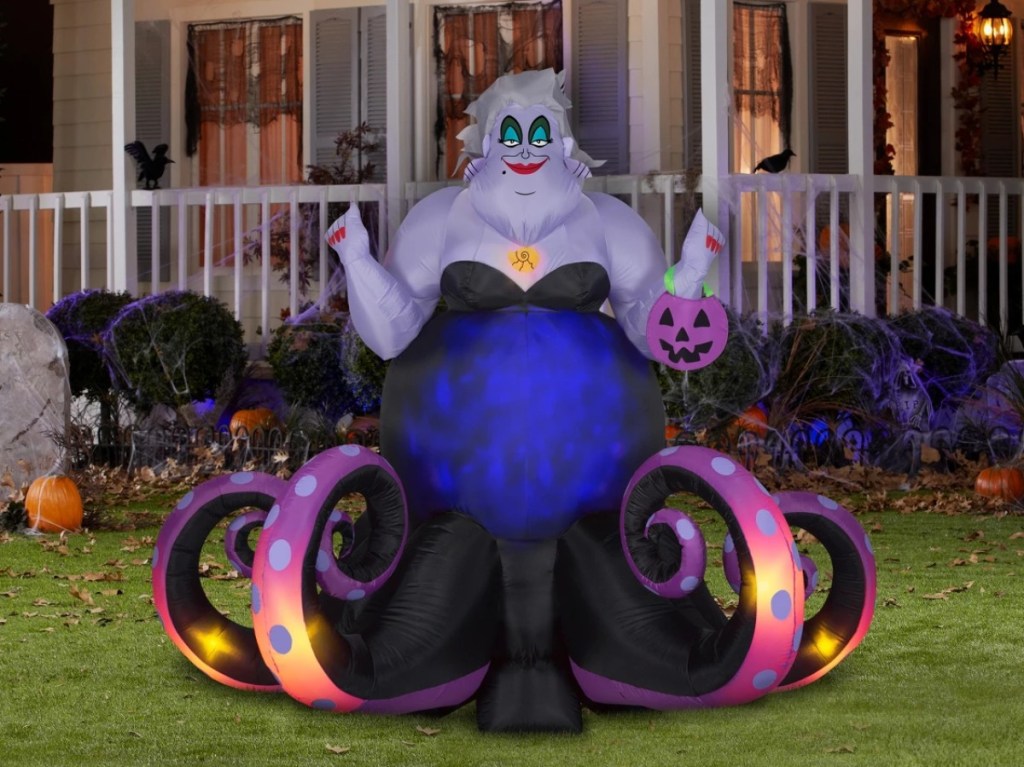 This inflatable Ursula is currently back-ordered on HomeDepot.com, but you can order one now for free ship-to-store and pick it up between August 9th and 12th, depending on your location. Shipping is also free to your home, but you’ll have to wait until August 11th – 16th for home delivery.

If you’re having a hard time justifying the $199 price tag for a Halloween decoration, consider leaving Ursula on your lawn year-round! Make the old sea witch earn her keep by having her scare solicitors and other uninvited guests off your property 365 days a year. 😉

Keep up with all the best deals from The Home Depot right here!