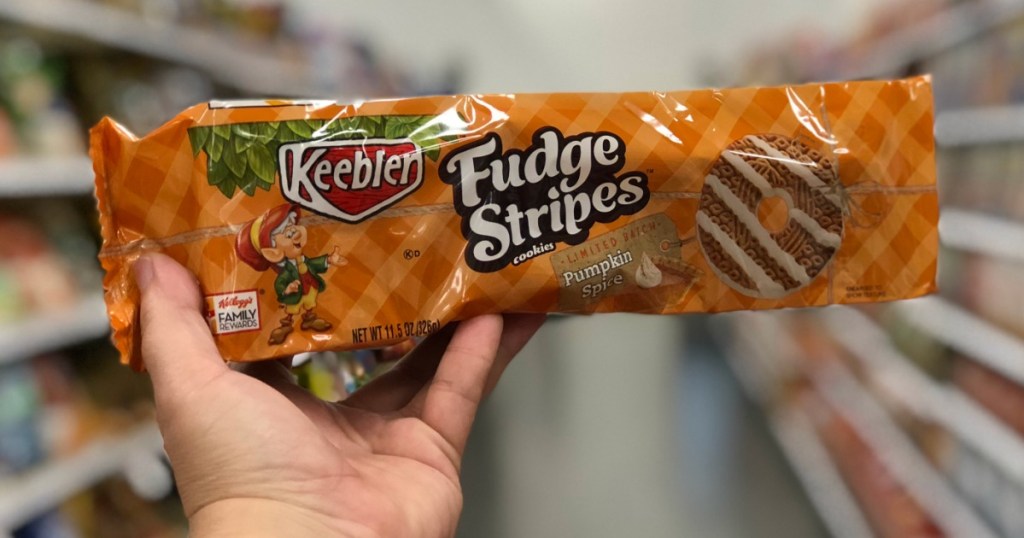 Is it officially Pumpkin Spice Season yet?

According to the Keebler Company, the answer is yes! They’re rolling out their fall flavor and we’re very excited to announce that this year, that flavor is Pumpkin Spice. 🎃

Get ready to break out your scarves and flannel & hurry out to grab the new flavor because it’ll certainly go fast! 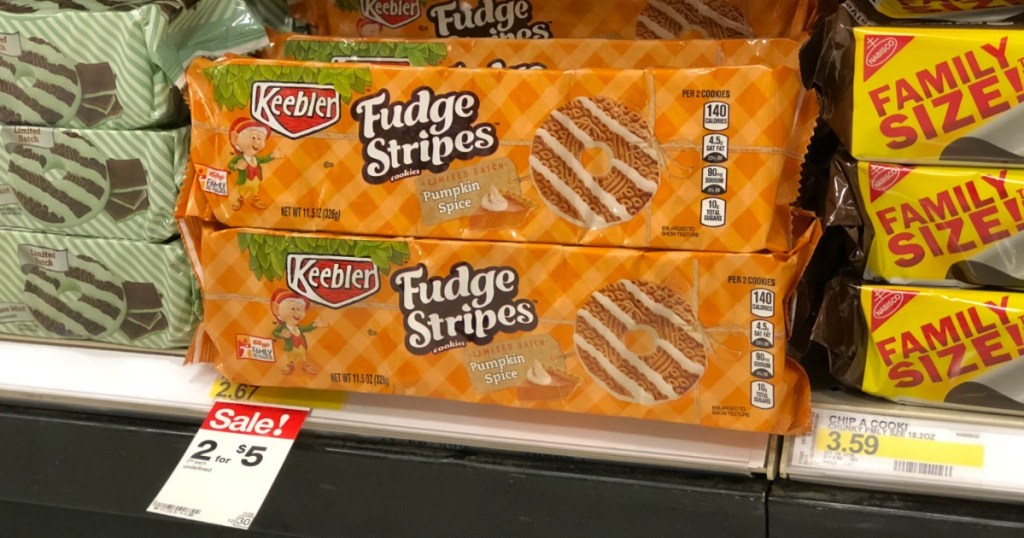 This isn’t the first time the Keebler Company has featured pumpkin spice as their fall Fudge Stripes Cookie flavor, but you may not remember them because they have been discontinued for several years. First released in 2015, they had a great three-year run before vanishing in 2018. Now that they’re back in 2021, we can’t wait to get our hands on a package!

The Fudge Stripes Pumpkin Spice Cookie starts with a spiced cookie base which we can only assume will feature all the deliciously warm cinnamon, nutmeg, clove, and allspice flavors typically present in pumpkin spice goodies. Add on a drizzle of the vanilla fudge topping & we’re feeling like it’s autumn already. 😍 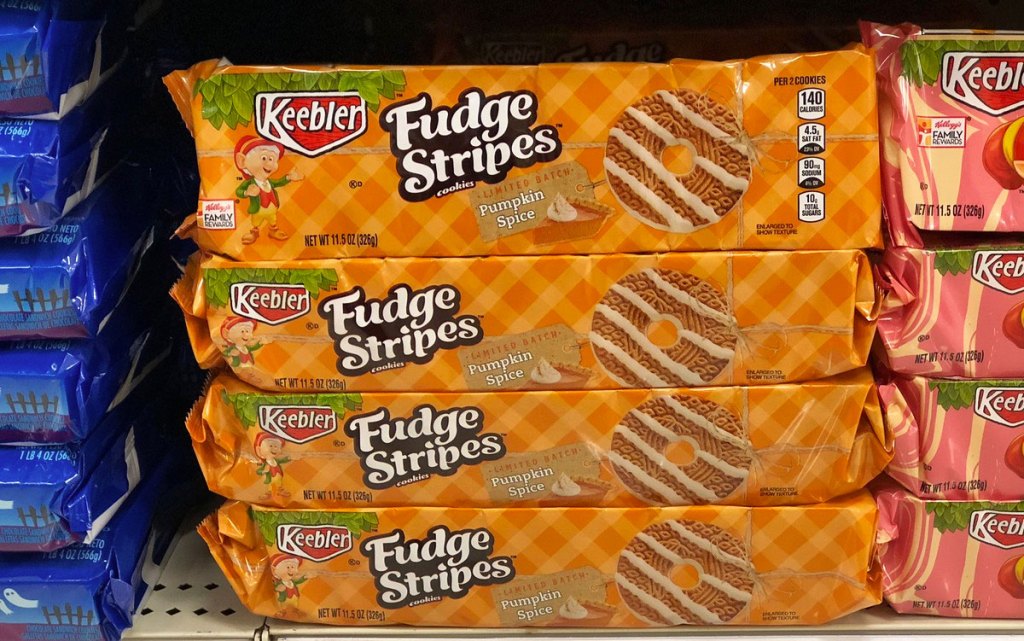 If you’re excited to try these new flavors, we have wonderful news! Rumor has it the new Fudge Stripes Pumpkin Spice cookies are already available in some stores for $3.99. We don’t have the scoop on exact locations yet, so it’s best to keep a lookout at your favorite grocery stores.

And as with most seasonal flavors, these will surely sell out quickly, so be sure to snag a box while you can!

Stay on top of all the latest grocery deals here!