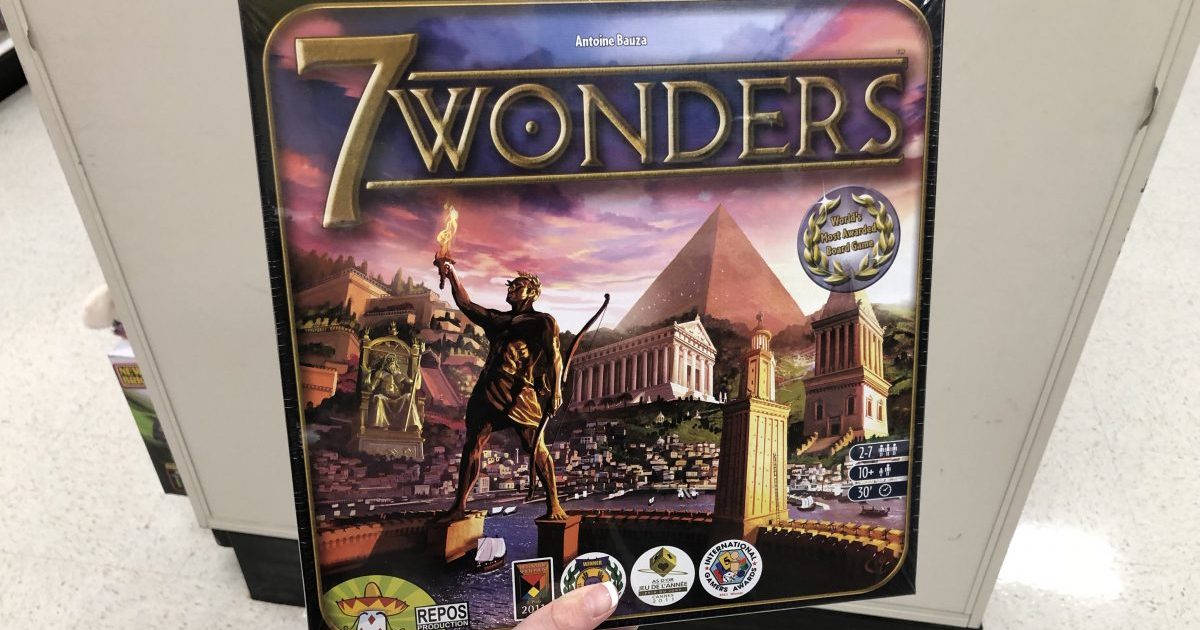 Amazon is bringing a new option to game nights!

Dash on over to Amazon or Target.com where you can score the highly rated 7 Wonders Board Game for only $29.39 (regularly $59.99)!

Even better, if you opt to purchase from Amazon, you’ll score free shipping!

Built around the idea of creating a civilization with all the bells and whistles, this game forces you to think outside of the box. Three ages are played, and at the end of the third age, each player will showcase their military strength in the neighboring town. 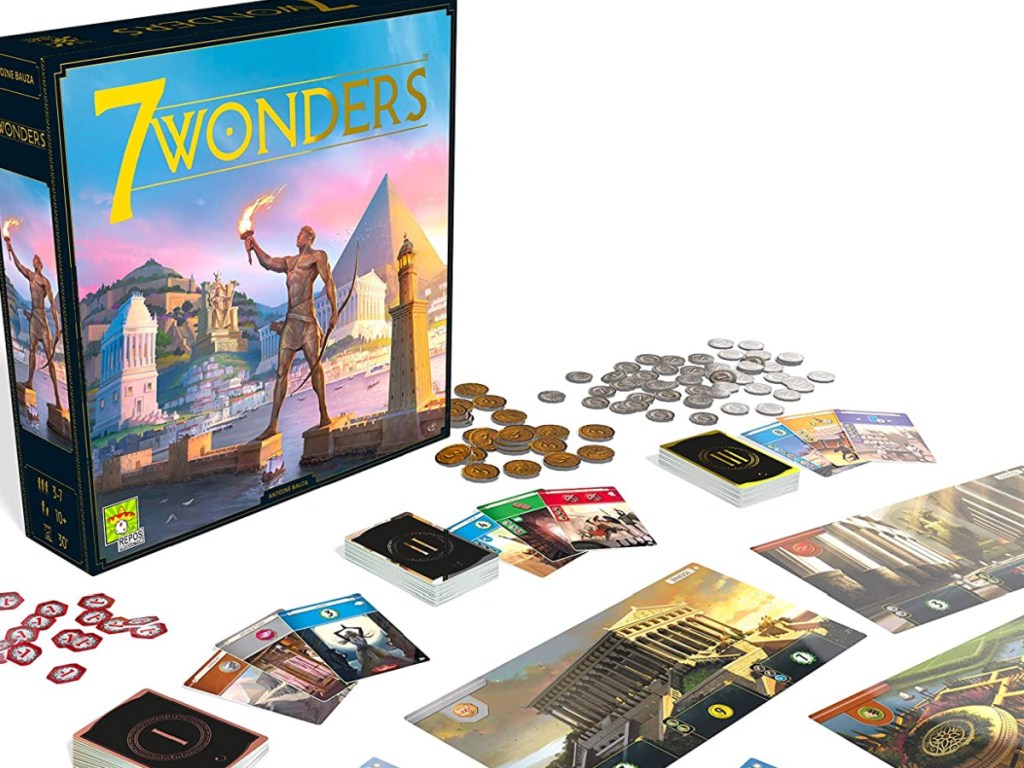 Lots of rules so it took us a bit to figure out how to play, but we were able to pick it up after a trial run. It’s a very fun strategic game and we’ve been obsessed with playing! Each game lasts no longer than 30 minutes.

Great game. Everyone plays at once in this one. At the beginning, it makes it a bit tedious to teach because the person teaching can’t be everywhere at once and the game concepts are best understood after a game is played. Also, with all the different cards and colors, it can look quite intimidating. But once everyone knows what they’re doing, this game really shines. It takes less than 45 minutes to play even with 7 players due to the simultaneous nature and really rewards adaptability. This means that new and old players alike can find ways to win and different strategies can lead to victory. My game group in 2013-15 used to use this as our warmup game each week due to its fast pace and simple concepts. The game also has quite a few expansions that add either new dimensions, more options, or more complexity depending on the one that you choose. But I would only recommend getting those if your group really takes to the game. In conclusion, this is one of the most played games in my collection and I would definitely recommend it.

Looking for more deals on board games? Come this way!

Stacy spent most of her career in upper management at companies like UPS until she started her content writing career over 10 years ago. She has been featured in major publications like the Philadelphia Inquirer for her coupon expertise. Connect with Stacy on LinkedIn