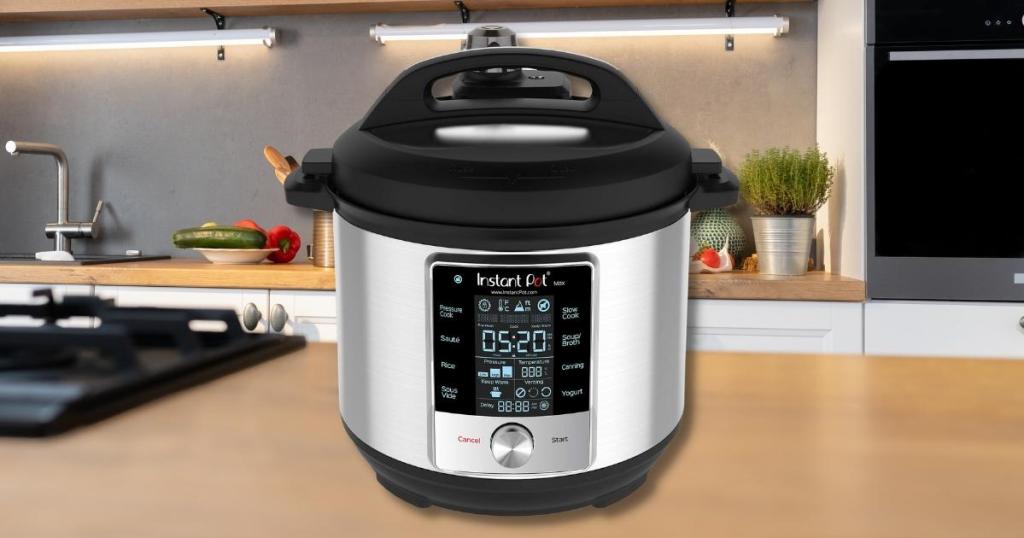 Hurry over to Amazon where you can score an Instant Pot Max 9-in-1 Multi-Use Programmable 6-Quart Pressure Cooker for just $74 shipped (regularly $149.99) – the lowest price!

This revolutionary multi-cooker produces nutritious, healthy, and tasty dishes in a convenient and consistent manner. The 15 PSI pressure will not only cook food faster, but it will allow you to do home pressure canning, too!

Also, the touch screen’s intuitive interface makes programming seamless AND the real-time temperature and cooking display gives you the cooking progress of your dish at a glance! 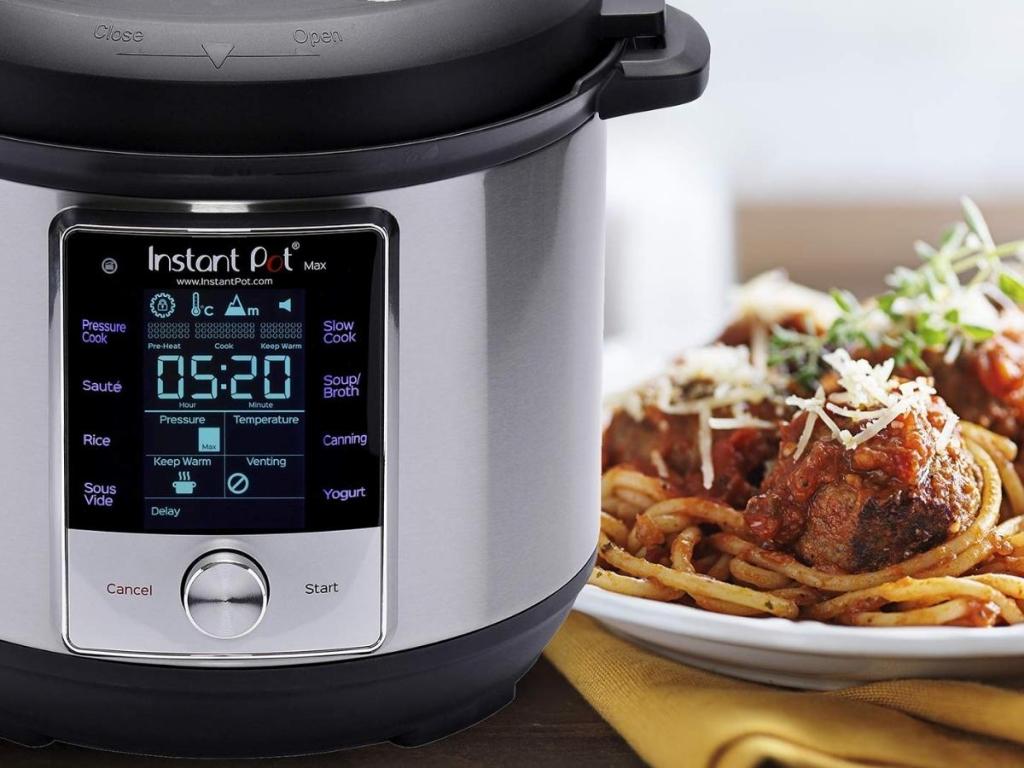 Here’s what reviewers are saying…

I bought the Max last year and about a month or 2 after it would not build pressure. I emailed tech support and they had me take a video of it in the initial test mode. I sent them the video and they said that the pressure sensor was faulty. They told me to save the lid and accessories but throw the pot away and they sent me a new one in 2 days. That’s good support in my book. The new one has been working great for almost a year now. We use it several times a week!

I debated choosing between the Max and the 6-quart Duo Plus. I chose the Max because it is the most versatile. The automatic multi-mode steam vent is a very useful feature. Although I most likely won’t use the canning feature, the sous-vide feature will get some use.

The digital touch panel is great and makes the pot look much nicer! You don’t need all the button-selected presets on the other models since every recipe is just a combination of steam pressure, time, and venting method. All of which one has total control of with the Max. The pot sautes well and you can select low high or custom heat levels. So far I am very pleased with the product!

Not sure what to make in the Instant Pot? Check out these recipes!