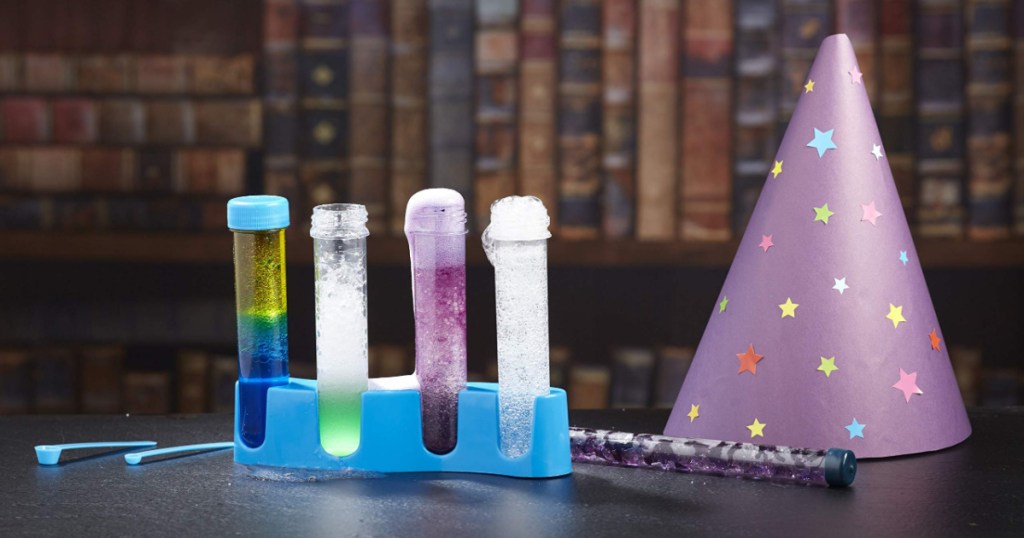 Wands at the ready! Grab a magical science toy from Amazon before it disappears!

Hustle over to Amazon where you can snag this Magic Science for Wizards Kids Science Kit for just $14.97 (regularly $19.99)!

This science kit is currently selling for $39.99 on Michaels.com, so this is an AWESOME deal.

Using this science kit, the kids can experiment and create their own magic using science during nine fun activities! They can make their own magic hat and wand, turn red cabbage powder into foam, produce an exciting color-changing lava, and lots more. With its price being so low, consider grabbing this kit to have on hand as a rainy day activity! 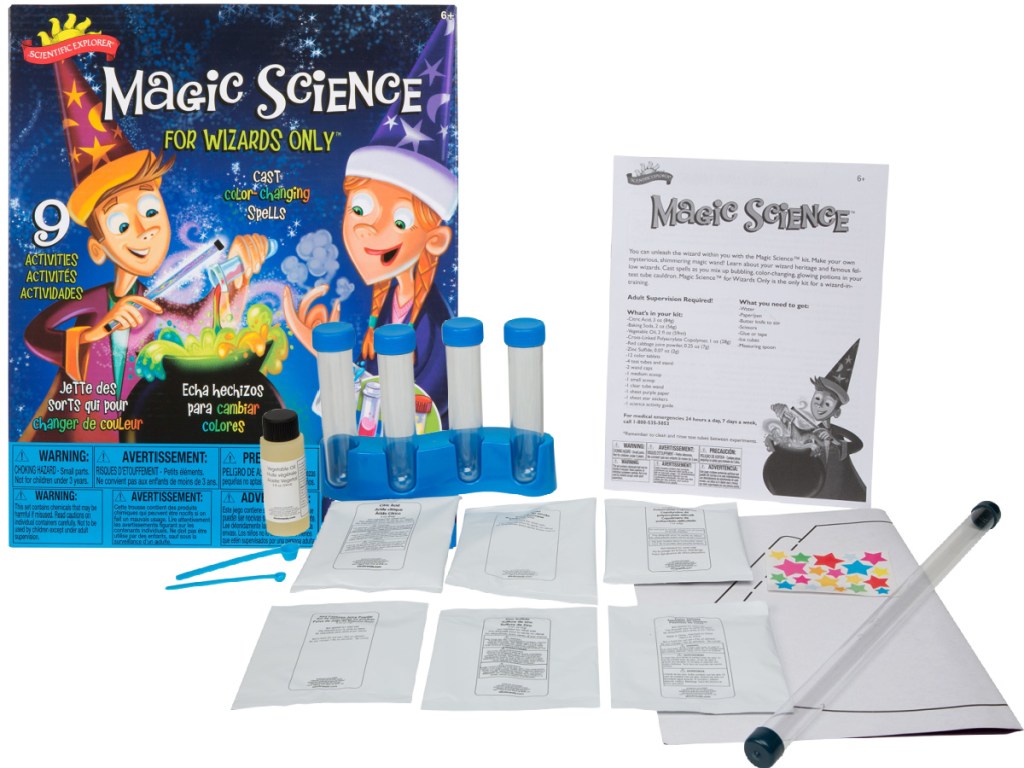 “My 6 year old loves this! He just did his second round of experiments and thinks it’s the coolest! Several experiments are included along with plenty of leftovers to play on your own. The tubes are nice and tough with tight fitting lids. He keeps “lava lamps” and crystals on the counter when he’s not playing with it.”

“My son had a great time mixing and creating with this kit. The hat was just a folded cut out from paper so that lasted only a few seconds. Once he started with some of the easier experiments, he couldn’t get enough. The instructions are well written and easy to follow. It was worth the price for the laughter that ensued.”

Check out these STEM toy deals on Amazon today —>

Eden earned a Bachelor's degree in Mass Communications with a focus in Journalism from Bloomsburg University. She has over a decade of experience blogging and has been published in two online magazines.

14 Family Board Games to Play This Holiday Season (They Make Great Gifts, Too!)