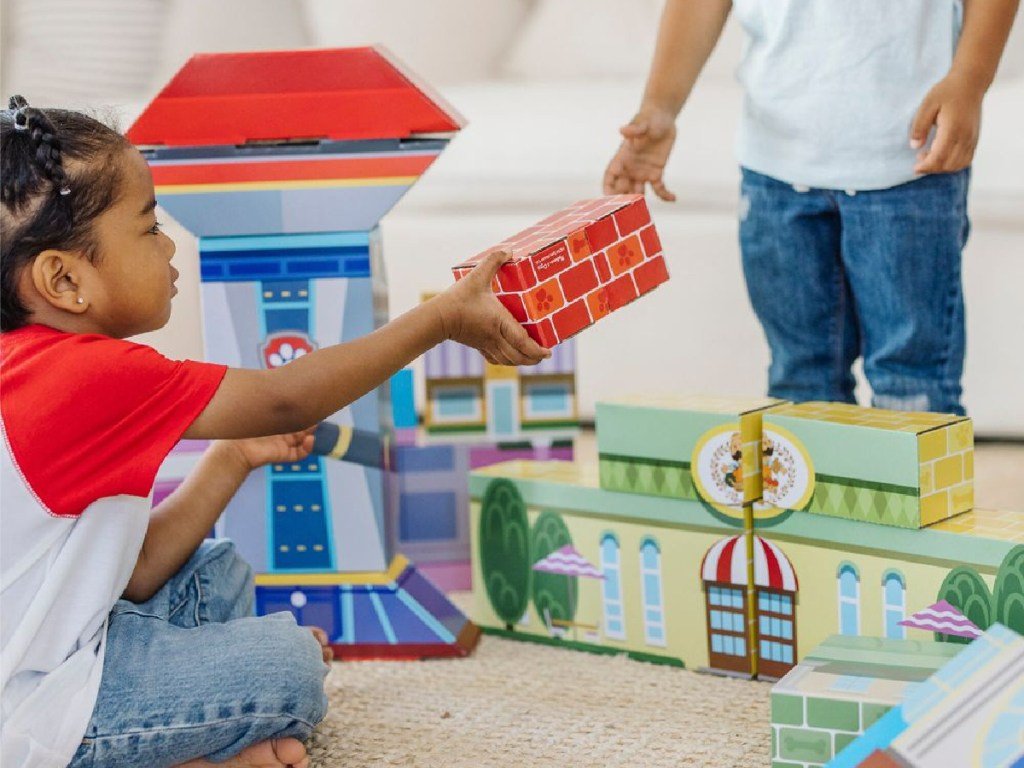 Amazon has a hot deal for the kiddos!

Hurry over to Amazon where you can snag this Paw Patrol Melissa and Doug Jumbo Cardboard Blocks Playset for just $8.42 – the lowest price!

This set is currently priced at a whopping $57.99 😱 on Target.com, so this seems like an awesome deal.

These jumbo Melissa and Doug cardboard blocks are sturdy, stackable, and sure to be a hit with your little one, especially if they are a Paw Patrol fan! Included are 37 easy-to-assemble building blocks to recreate locations from Adventure Bay, plus four corrugate Paw Patrol vehicles so the pups can save the day.

Reviewers mentioned that they take a bit of time to assemble, so if you’re wanting these under the tree for Christmas morning, you may want to start early. 😉 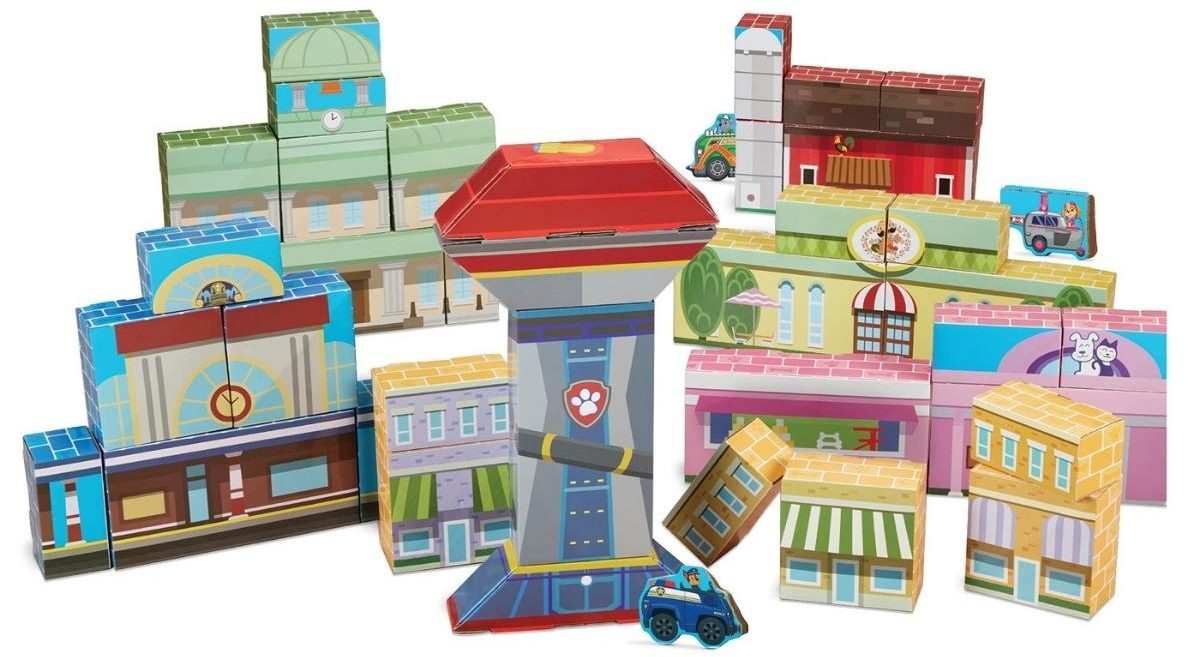 Melissa and Doug never disappoint. This is sturdy and brought a load of smiles. Assembling is easy but a little time-consuming. It is large. I was worried it was going to be very small but it goes well with the vehicles she has collected with the characters. Overall very satisfied.

I teach 20 pre-k students. I bought these blocks over a month ago to use in our block center. The kids absolutely love them, and I am happy to report that so far all blocks are still intact even after being used for 5 days a week. The blocks are very colorful. We use them with plastic Paw Patrol figures we already had because the small cardboard ones they come with don’t seem as sturdy as the blocks themselves.

These blocks are amazing! We have so much fun setting up adventure bay with our kiddo using these blocks. Our kiddo has walked on them, crashed into them, thrown them… you name it.. and none of them have broken! The quality is exceptional and I thought they were a great deal at the price we got them for. Please note they are not put together and you need to put them together. The instruction manual is insane but I was able to put them together just by looking at the pieces. It’s not hard but it is quite time-consuming! It was totally worth it though for the amount of joy these blocks have brought our family!

Looking for more toy deals? We’ve got you covered!

Liza is a content manager and creator with 7+ years of blogging experience. She has a Bachelors Degree in Education and English, and loves spending time with her family.