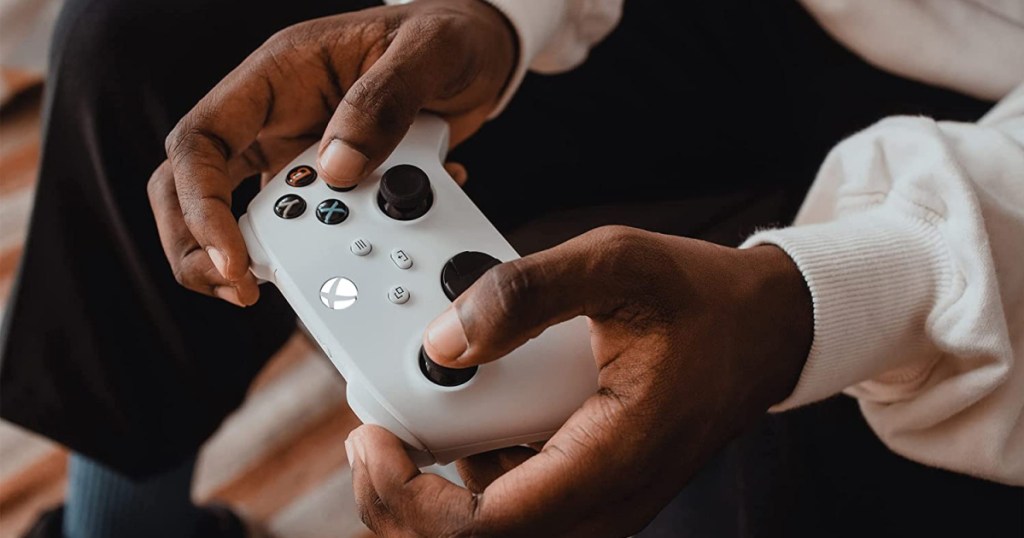 Find your gaming accessories on Amazon!

For a limited time, hurry over to Amazon or GameStop where you can snag this Xbox Core Wireless Controller in White for only $45 shipped (regularly $59.99)!

This Xbox controller features a hybrid D-pad, textured grip on the triggers, bumpers, and back-case. You can connect using the USB-C port for direct plug and play to console and PC, and the battery lasts up to 40 hours! 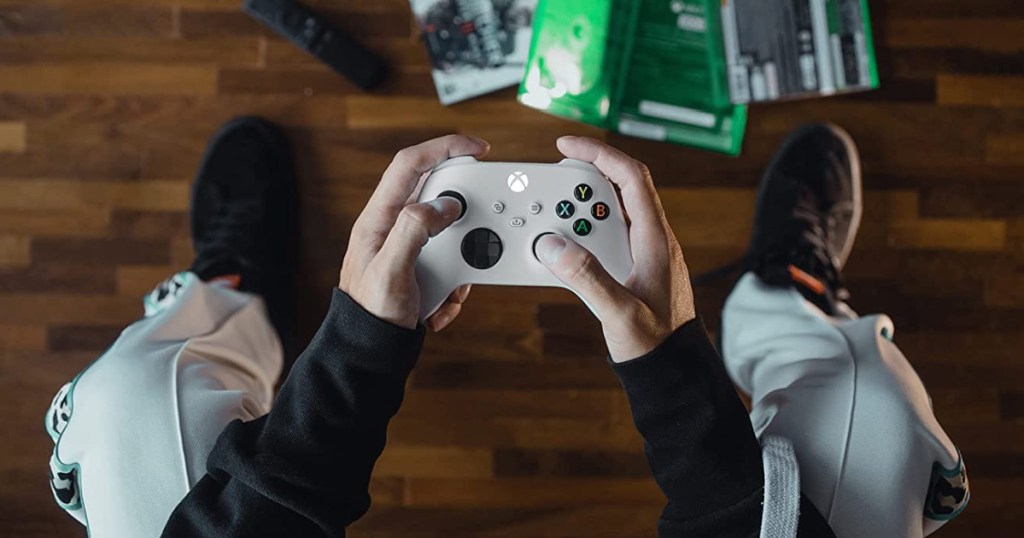 This helpful review says it all…

Xbox controllers have not changed much since the days of the Xbox 360. They have instead gone through minor iterational improvements, and that is no different here. This new controller looks and functions nearly the same as the Xbox One controller, other than the new “Share” button in the middle and a switch from micro-USB to USB-C. It still has the 3.5mm headset jack, accessory port for keypads and older headsets, and runs on AA batteries.

The main differences are the feel of the controller itself and the D-pad. It now has a lot more textured feeling, which extends to the bumpers and triggers. The bumpers used to be glossy and slippery and now they’re more of a matte finish. The D-pad returns to the more “paddle” like one from the Xbox 360 but is much improved from that version and feels tight and clicky instead of wobbly. It’s similar to the paddle D-pad on the Elite Series 2, if you’ve seen those. The controller also feels ever so slightly smaller in the hand. Just barely, but something about it feels just a smidge different than the previous generation. The Share button also makes it easier to save gameplay clips and whatnot as well, it’s essentially just a shortcut from pressing the Xbox button and manually navigating to share settings.

This thing works with all Xbox One/S/X consoles and Xbox Series X/S, as well as PC and bluetooth devices. So it has a lot of versatility. It works great out of the box and I adjusted to it right away coming from Xbox One controllers. Again, it’s barely different, so when I say adjusted to it, I basically just mean I switched to it and that was it! The batteries last a long time and you don’t need to worry about aging internal batteries.  I’m an Xbox fan, and I love this controller.

Have old electronics? Recycle them for cash!