This Fenty Beauty Foundation is like a Photo Retouching Filter in a Bottle. Thank you, Rihanna! 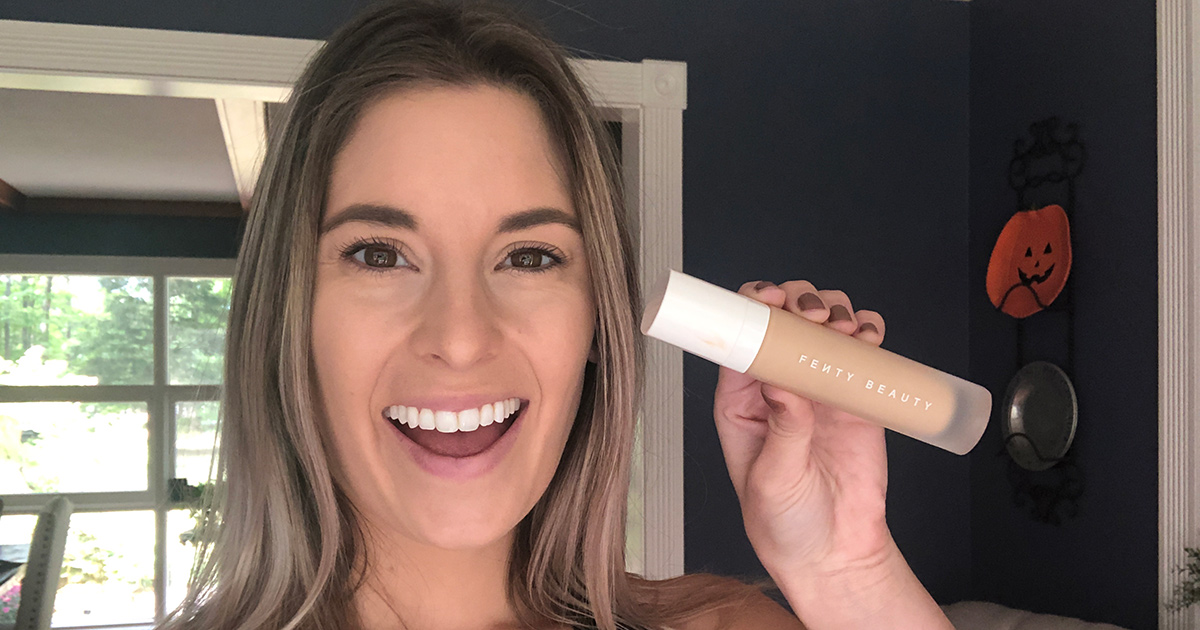 This foundation truly lives up to its name.

I’m a little late to the game but I recently tried out the popular Pro Filt’r foundation from Rihanna’s Fenty Beauty line which has received accolades for its wide shade range, coverage, and slightly more affordable price compared to its competitors.

While $35 isn’t shocking to spend when it comes to prestige makeup, I still want the products I use to be worth every penny and to live up to the hype.

Here’s what I thought of the Pro Filt’r foundation… 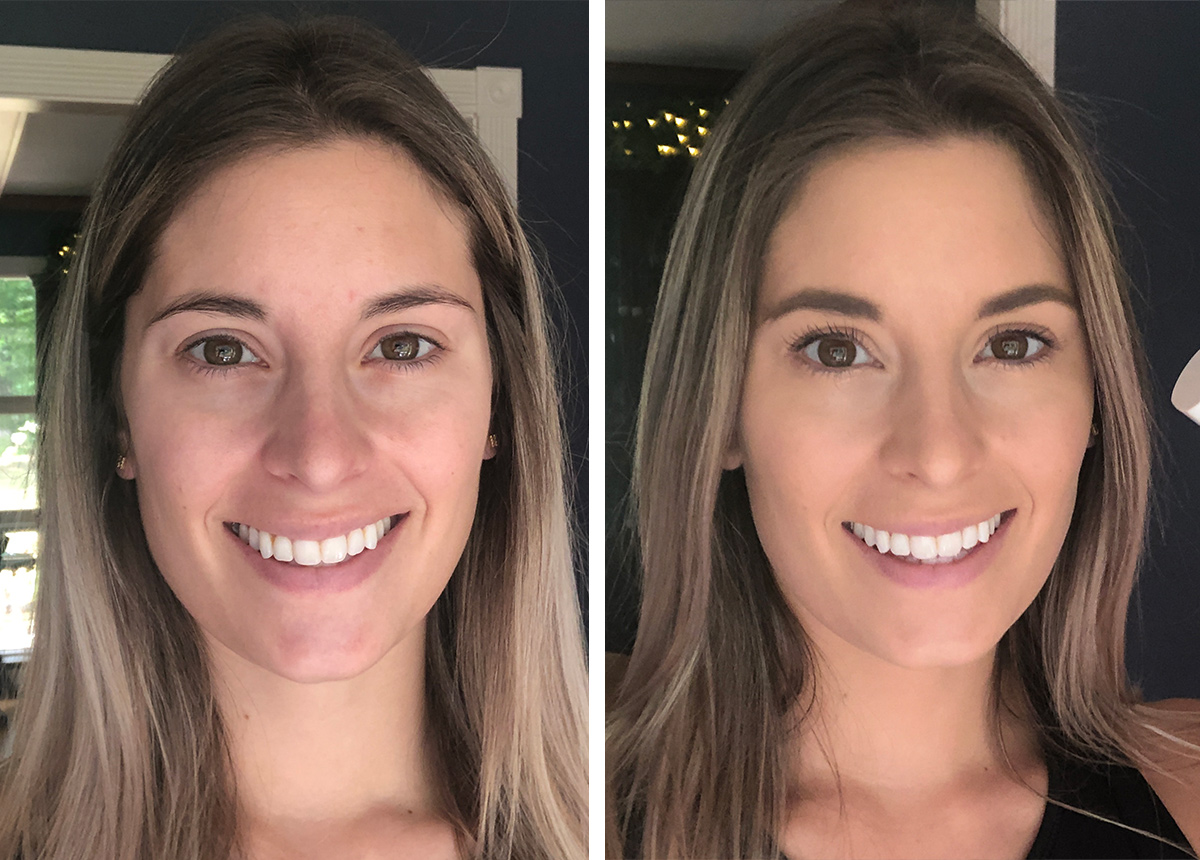 The Pro Filt’r Soft Matte foundation comes in a press top bottle and can be applied using your preferred method. I used just my fingertips to spread the foundation (my typical application style) though I’ll likely use a blending sponge next time to ensure completely even coverage.

The formula has a lovely velvety matte finish, but I could see it caking up in a few spots when I didn’t take the time initially to blend. Blend, blend, blend, my friends!

I also would recommend using a primer beforehand to ensure a smooth application. Fenty makes a primer compatible for this specific foundation but I felt my BH Cosmetics primer did the trick just as well. 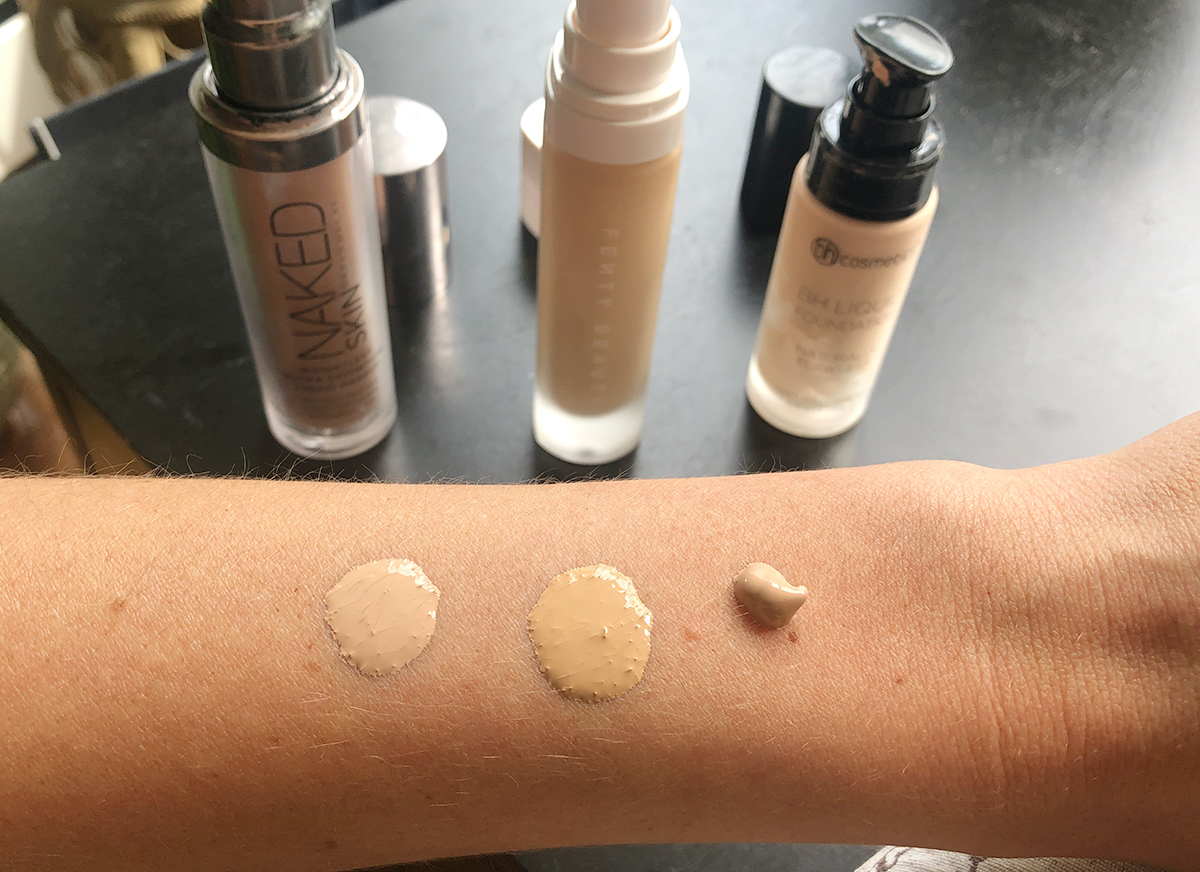 When comparing to BH Cosmetics (on the right), the medium coverage foundation had a much thicker formula. But even with the varying consistencies, the Fenty coverage was fuller than that of the thick BH Cosmetics foundation. 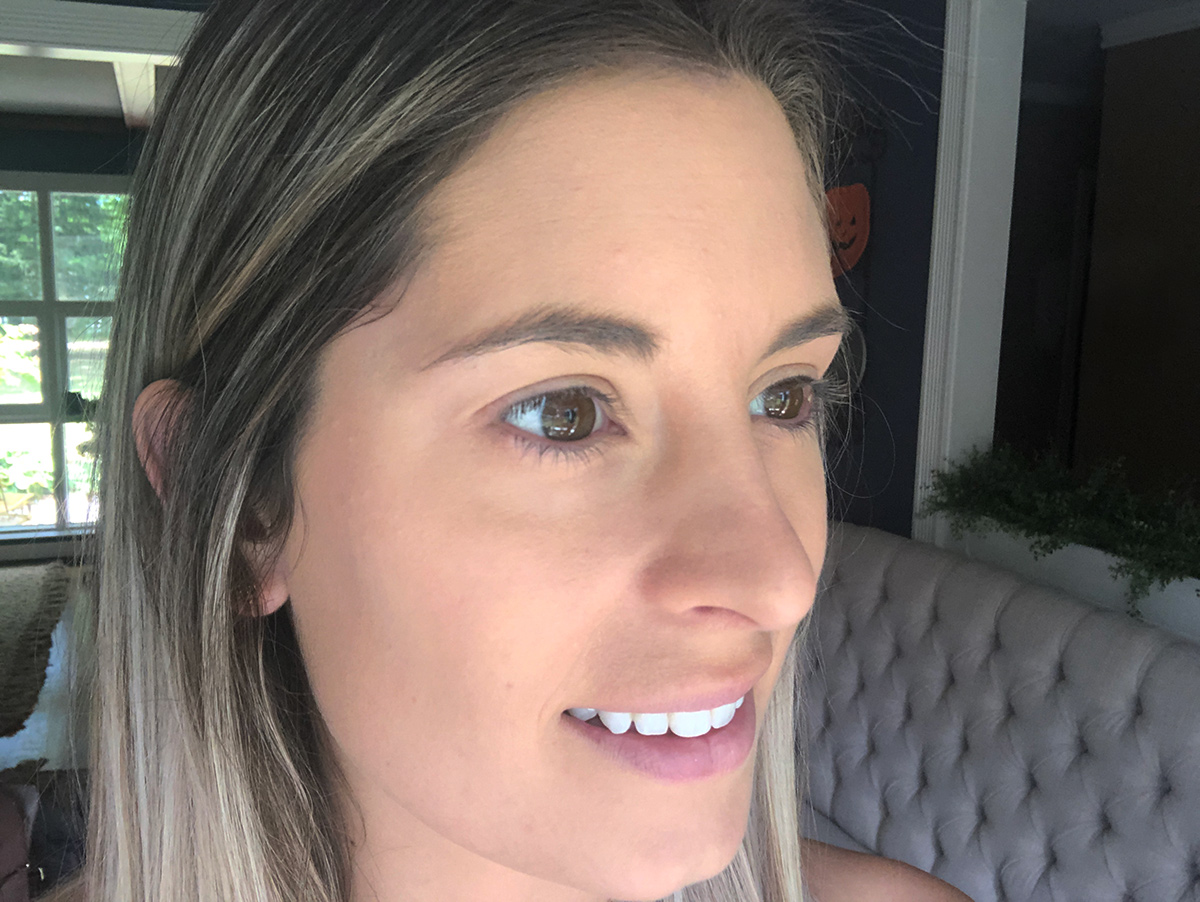 I will say, I do prefer the medium coverage I get from BH Cosmetics for my every day makeup wear, but I LOVE the matte-finish and ultra concealing effect from Fenty Beauty for weekend/event makeup or when I feel like my skin just needs some fuller coverage.

I’m telling you, the coverage is so strong, I’m convinced I don’t even need to wear undereye concealer—and that’s a BIG deal for me! And the best part, the foundation stayed put through my workout without getting greasy or smudging at all! 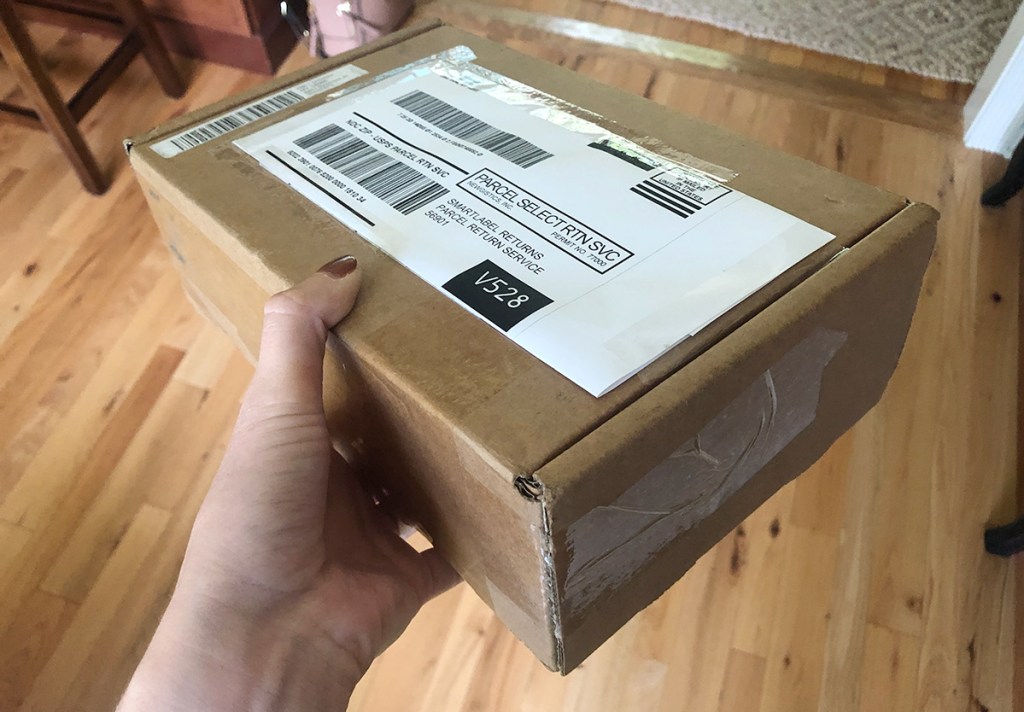 You may have noticed in the foundation comparison above, the color I chose was a touch warmer than my usual tone. Truthfully, I don’t hate the warmer glow it gives me but with the lack of sun I’m anticipating in the coming months, I figured it’s best to use a product that matches my tone better.

Or at least I thought it would be! Once my original foundation made it back to Fenty HQ, I received an email stating my return had been received… well, I wanted an exchange, remember? I reached out via Live Chat to confirm I would receive the new shade indicated on the exchange form. The customer service rep assured me that the automated return email was just part of the process and I would receive my new foundation shortly.

But then, I received the shipping email only to find the new foundation was being sent to my billing address rather than shipping, even though the initial order shipped to the correct address. I had to call and ask them to update the shipping, which was only resolved by sending out a new order to my actual shipping address.

I will say, the agent was very helpful and actually overnighted the foundation to ease some of the confusion of the entire process on my end. And in the end, I got the right foundation and I’m loving it even more than I did when I first received it!

But I’ll offer some advice—If you need the foundation sooner than later, I would suggest heading into Sephora to make sure the color is spot on to avoid a 2-week delay of receiving your new shade. 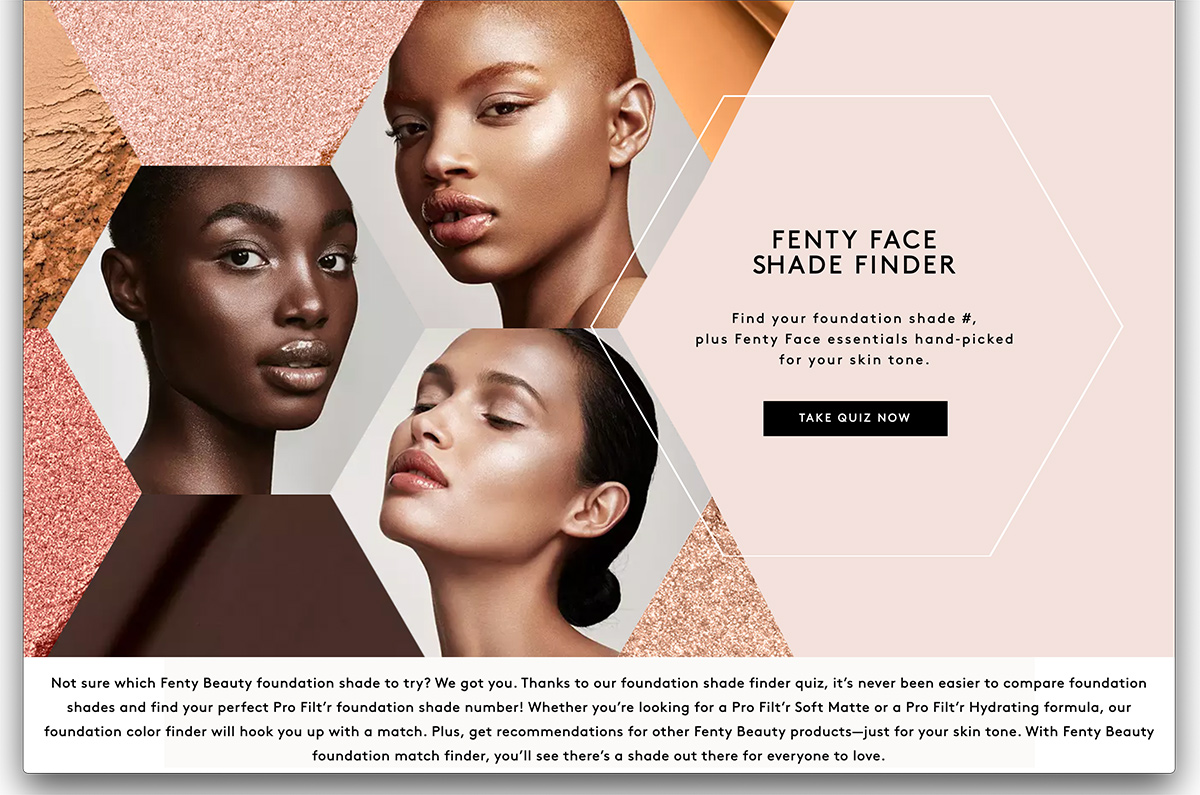 The big selling point to many beauty lovers is Fenty’s huge shade range and even though I ended up picking out the wrong color (I chose neutral undertones when I’ve always had cool tones—it was my mistake!), the website makes it so easy to understand the varying shades. Their Shade Finder quiz shows various models with different skin tones and helps determine which undertone best suits your complexion. 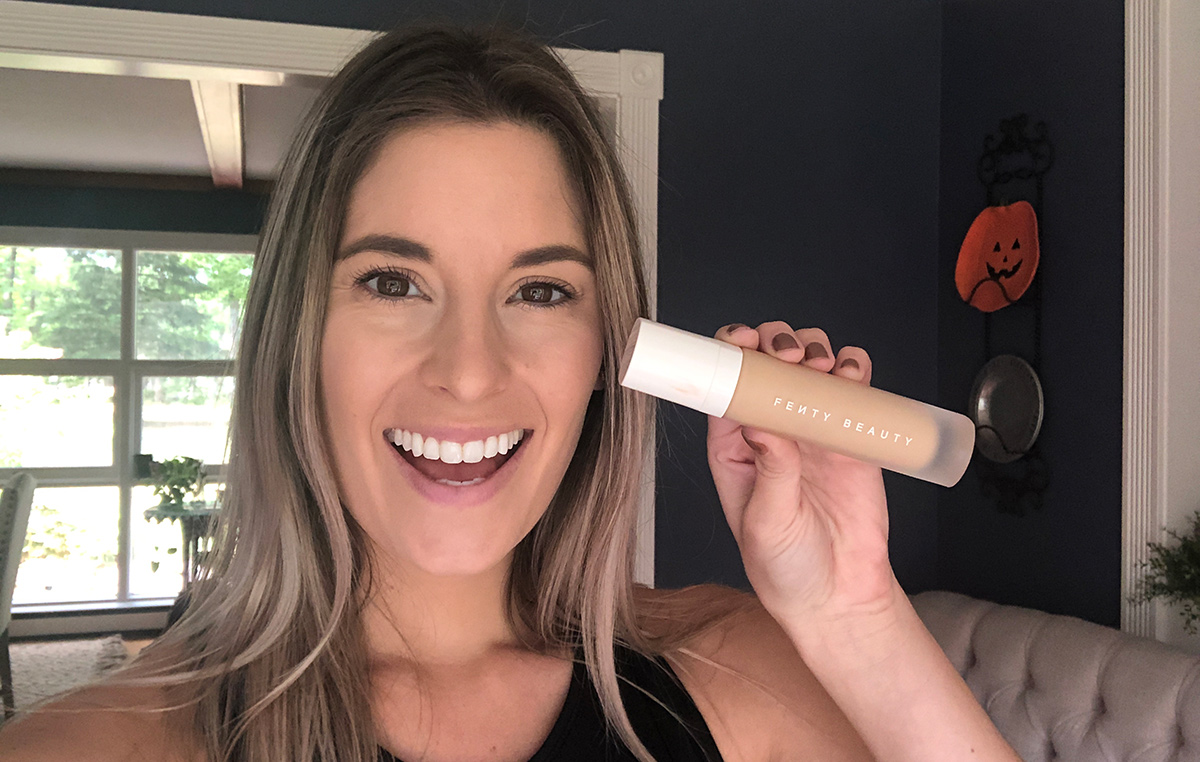 Overall, I think this foundation is an absolute winner and I totally get the hype. The velvety-finish, complete coverage, and the not-so-shocking price point have totally won me over. And no, it’s not just because Rhianna can do no wrong in my eyes. 😆

Check out why I’m obsessed with Joanna Gaines’ go-to-lipstick. 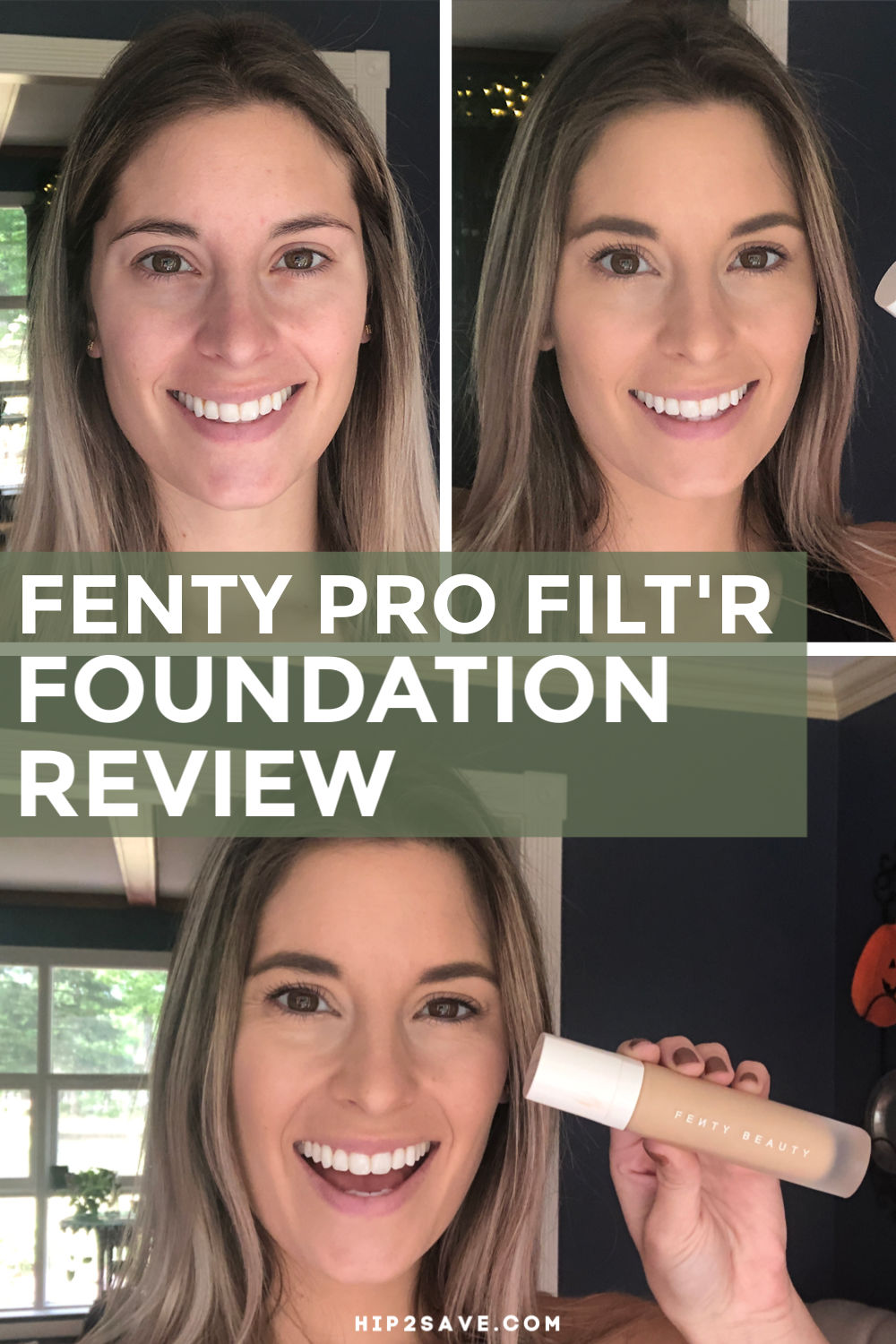