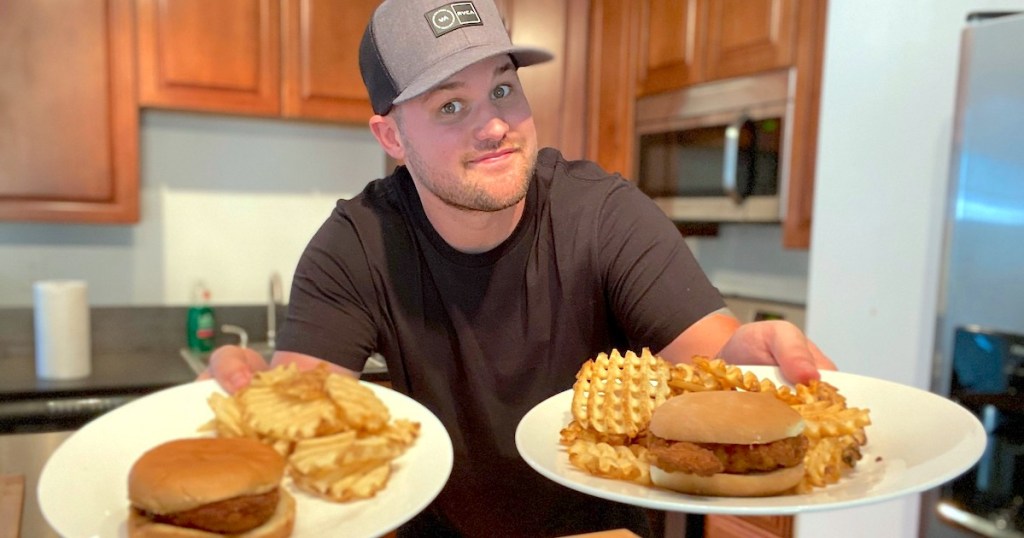 We heard through the grapevine that the Sam’s Club Member’s Mark Southern Style chicken sandwiches and waffle fries taste exactly like the Chick-fil-A ones! Of course, we just had to find out for ourselves.

Imagine being able to have Chick-fil-A (or the next best thing, anyway) seven days a week – right from the comfort of your own home! 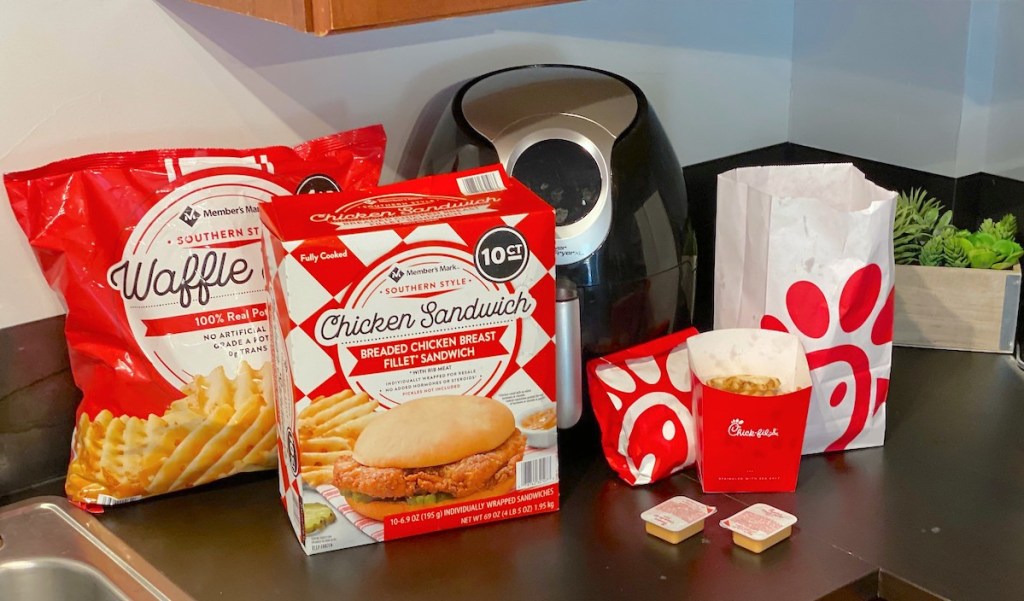 We sent Stetson to Sam’s Club to buy these Southern Style products and see if they really are Chick-fil-A dupes, or if the Member’s Mark version is nothing more than Chick-FAIL-A.

He shared how to make the Member’s Mark frozen foods at home & his thoughts during his taste test. 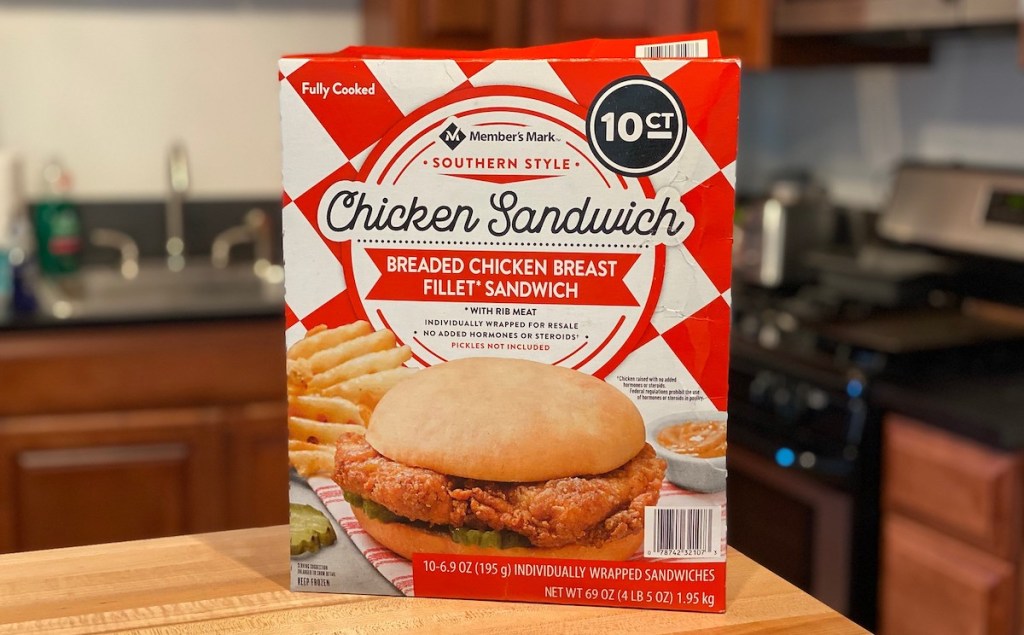 The Member’s Mark Southern Style Chicken Sandwiches are sold at Sam’s Club in a 10-count box for $15.98. As a tip, if you struggle to find them in your club, check the endcaps where some readers claimed to find theirs. You’d spend more than $35 to get that many Chick-fil-A chicken sandwiches! 😱 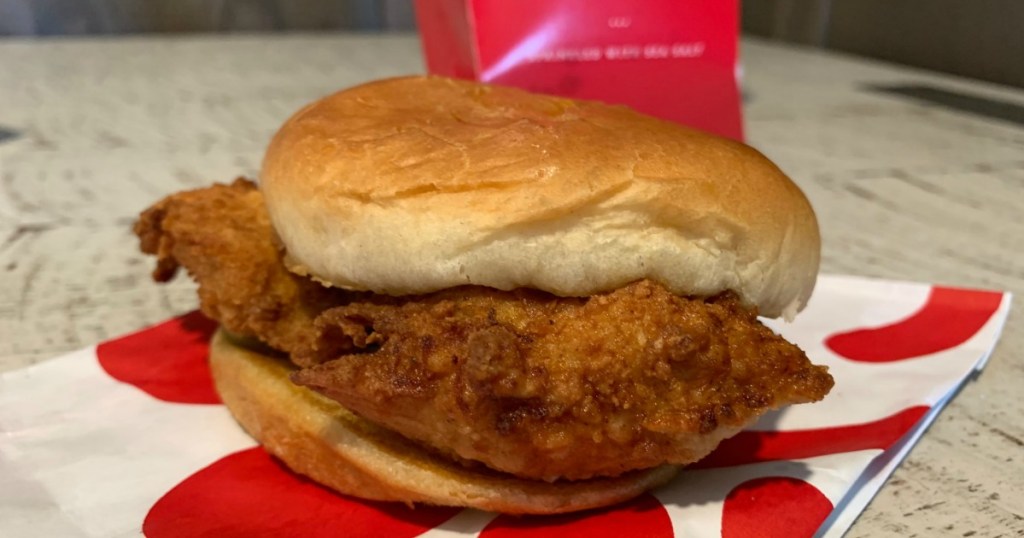 Some readers shared that if you air fry the Sam’s Club chicken patty and heat the bun separately, you get an even crunchier chicken sandwich that’s irresistibly good!

Stetson prepared his chicken sandwich according to the directions on the box which meant popping it into the microwave for just 90 seconds! Other than the fact it doesn’t come with pickles (and the bun looks a little different), it’s a dead ringer for the Chick-fil-A sandwich as far as looks go! 👏

“This is going to sound crazy, but I thought the Sam’s Club sandwich tasted exactly like Chick-fil-A! It’s spot on! I’m telling you, put it inside a Chick-fil-A wrapper, and no one will even know the difference. I don’t normally cook, but this made me into a pro instantly and all I needed to do was pop it in the microwave for 90 seconds! Plus, you get 10 of them for $15.98 – I think it’s a great buy!” 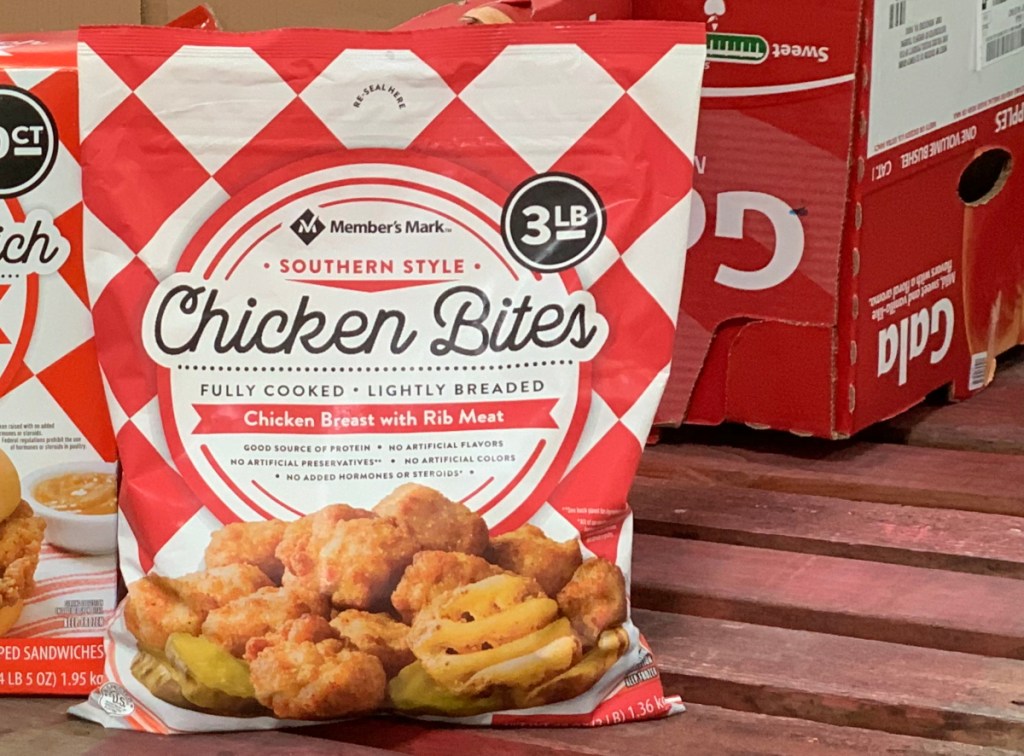 Sam’s Club sells the Member’s Mark Southern Style Chicken Bites in three-pound bags for a mere $9.98. However, at Chick-fil-A, 8 nuggets will cost you $3.75! Although the nuggets from Sams Club were tasty, they weren’t a great substitute for Chick-fil-A.

On top of that, many readers who have tried them previously, commented about how much they and their families seriously disliked them! Many said they have an awful texture and the strange pickle taste leaves even pickle lovers confused. Sorry nuggets lovers, it sounds like this is a true Chick-FAIL-A!

“My air fryer and I did really well getting these chicken bites to look just like Chick-fil-A’s nuggets. The nuggets tasted decent, but not like Chick-fil-A’s. They tasted like they were missing the spicy seasoning Chick-fil-A uses. Having said that, I would still eat them on any given day as they were yummy and a great value.” 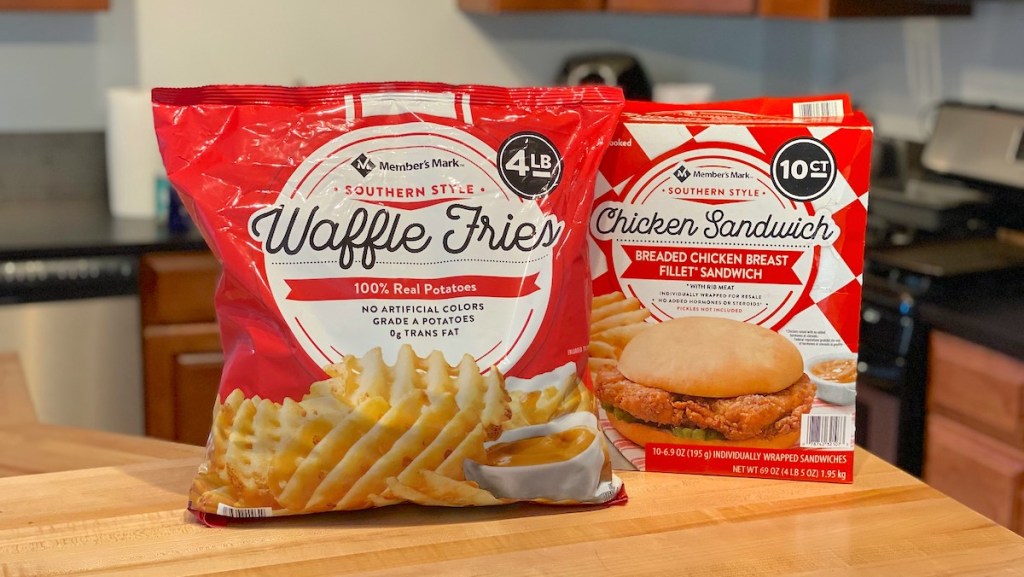 At Sam’s Club, you can get four pounds of their Member’s Mark Southern Style Waffle Fries for $4.98. A large fry from Chick-fil-A cost Stetson $2.09 in his area. Prepared in the air fryer, you could hear in the live video that they came out nice and crispy. 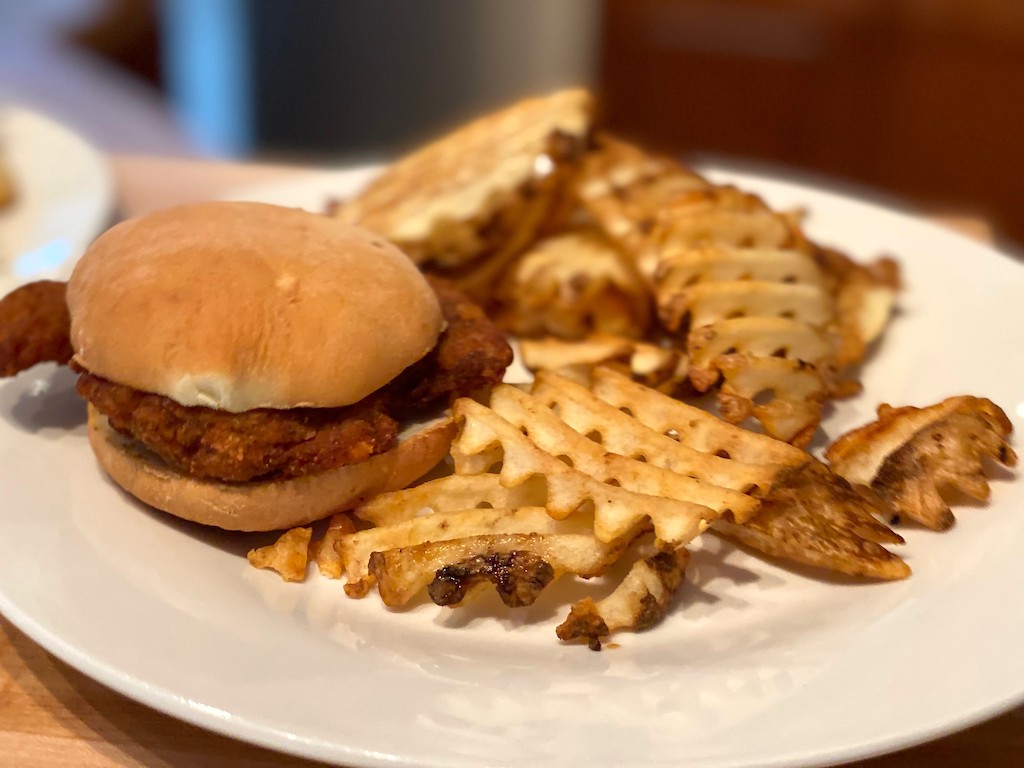 “With these waffle fries being just $4.98 for four pounds, they’re totally worth it! They were on point and they taste just like Chick-Fil-A. Like the chicken sandwich, you could fill a Chick-fil-A fry box with the Member’s Mark fries, and no one would tell the difference!” 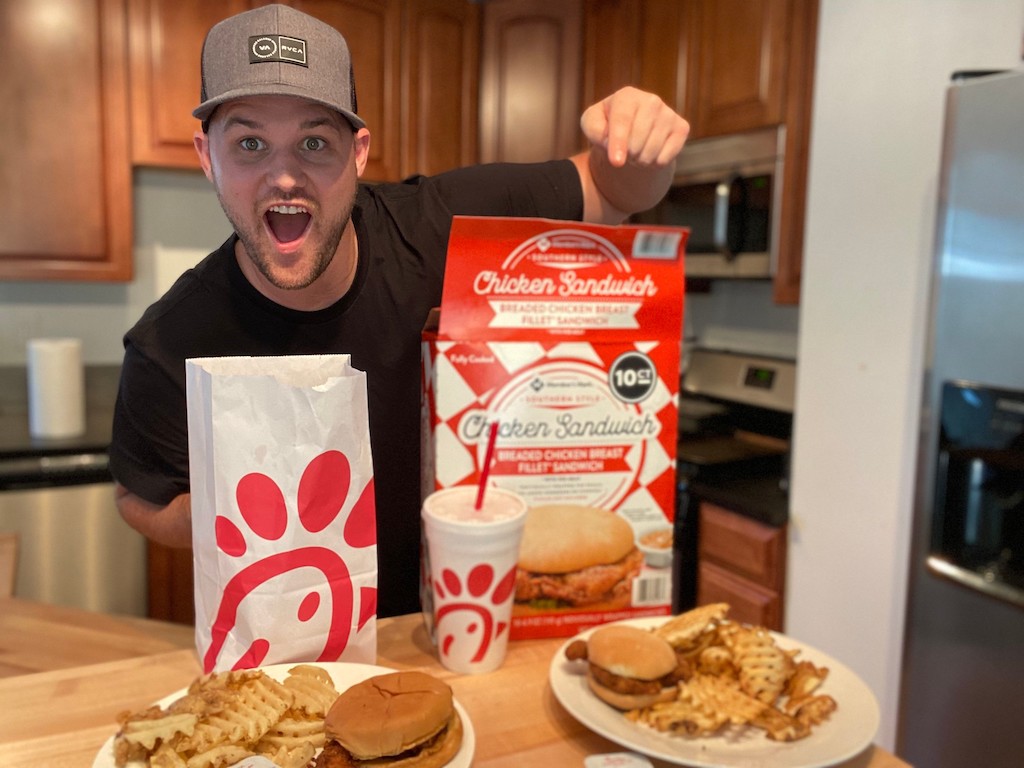 There you have it, Hip friends! While the chicken bites weren’t a good stand-in for Chick-fil-A nuggets, the Member’s Mark chicken sandwich and the waffle fries look, feel, and (most importantly) taste very similar to what you’d get at Chick-fil-A.

All you need is 2 pickles, and you’ve got yourself a Chick-fil-A copycat meal for a fraction of the cost and good enough to fool your loved ones. Stetson says it would fool him, and this guy knows a thing or two about chicken sandwiches. 😏

Save money at Sam’s Club with all the latest shopping tips and hot deals!

Save Your Wallet (And Sanity!) By Avoiding These 12 Common Black Friday Shopping Mistakes 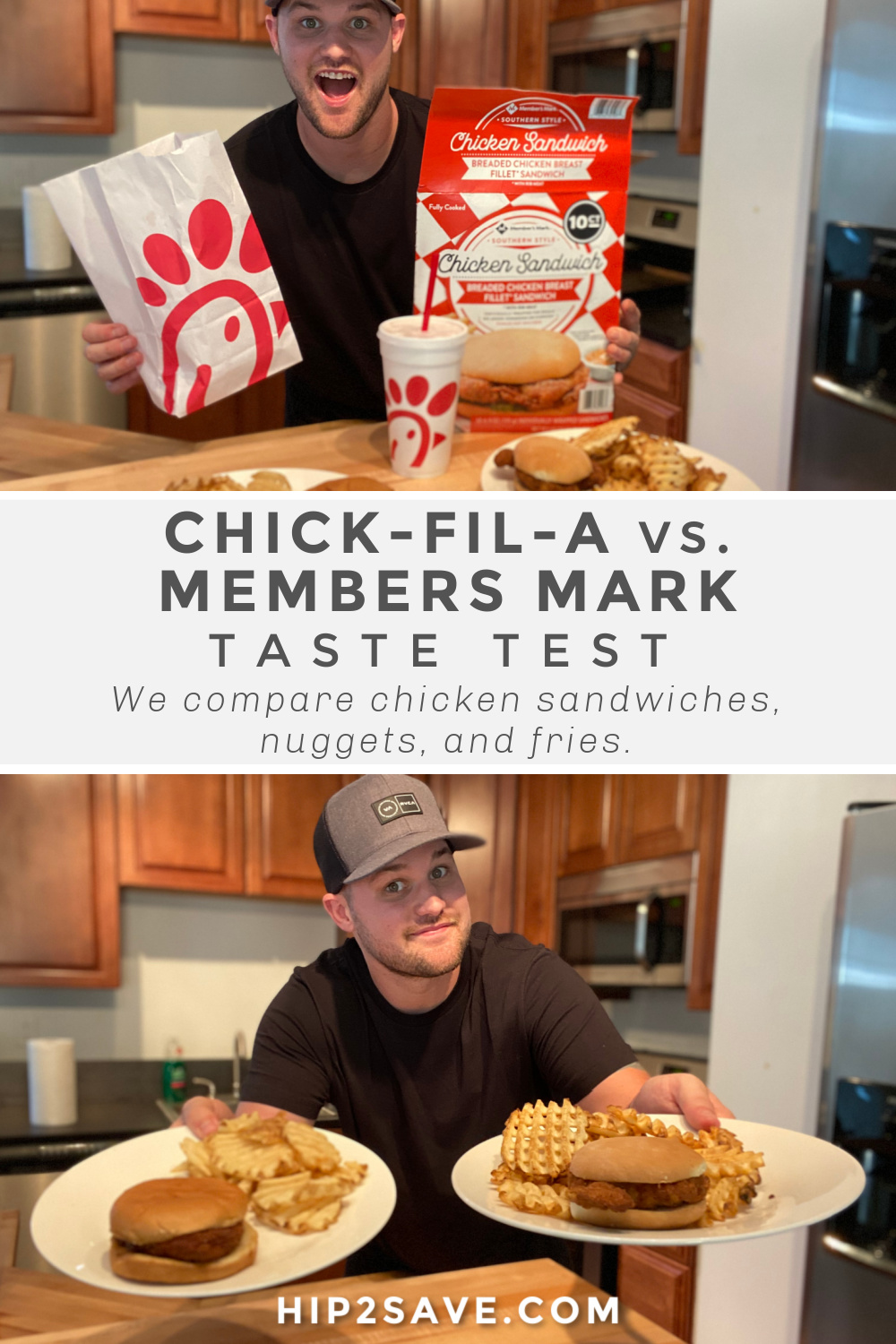