We’ve come up with some of the best alternatives to Victoria’s Secret! 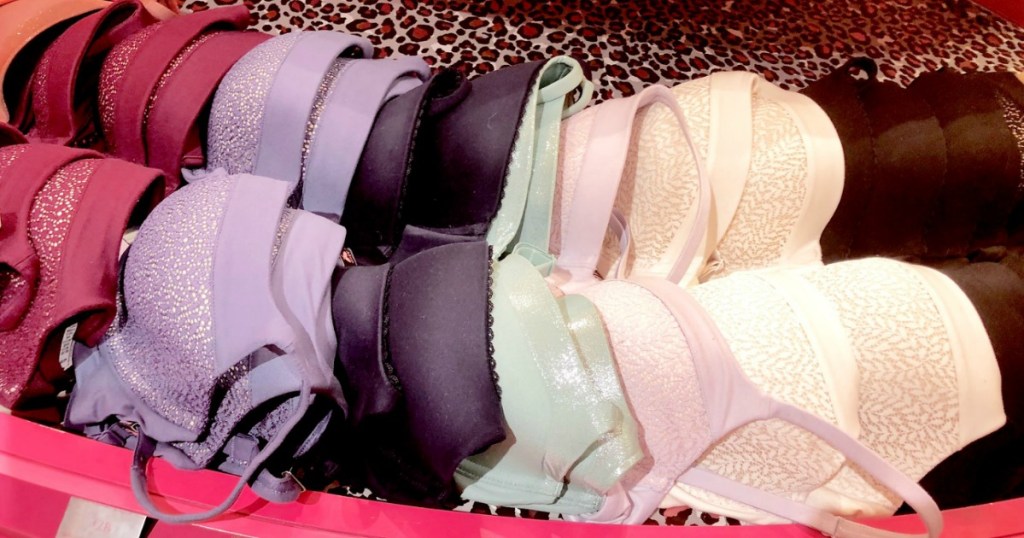 Spending too much at Victoria’s Secret? We’re here to help with more options!

Who said you have to spend a ton of money on quality women’s intimates? Not us! Victoria’s Secret has been a leader in the women’s intimates industry for what feels like forever, but, with prices constantly being raised, we don’t blame you for wanting to try other alternatives.

I love a good Semi-Annual sale, and I’m always trying to stock up on favorites from VS whenever they’re discounted! However, when some products are full-priced, it’s hard to justify the pricing, which is why I look elsewhere from time to time.

To give you a better idea of how similar competing brands can be, we’ve come up with some Victoria’s Secret alternatives from retailers like Target and Amazon – all similar in style but with a lower price tag.

By the way, this is totally a matter of preference. We’re simply here to give you the option of similar, less expensive items, but do what makes your wallet and closet happy; the choice is yours!

1. Save big by refraining from the Bombshell Bra and snagging Love the Lift Push Up Bra by Maidenform. 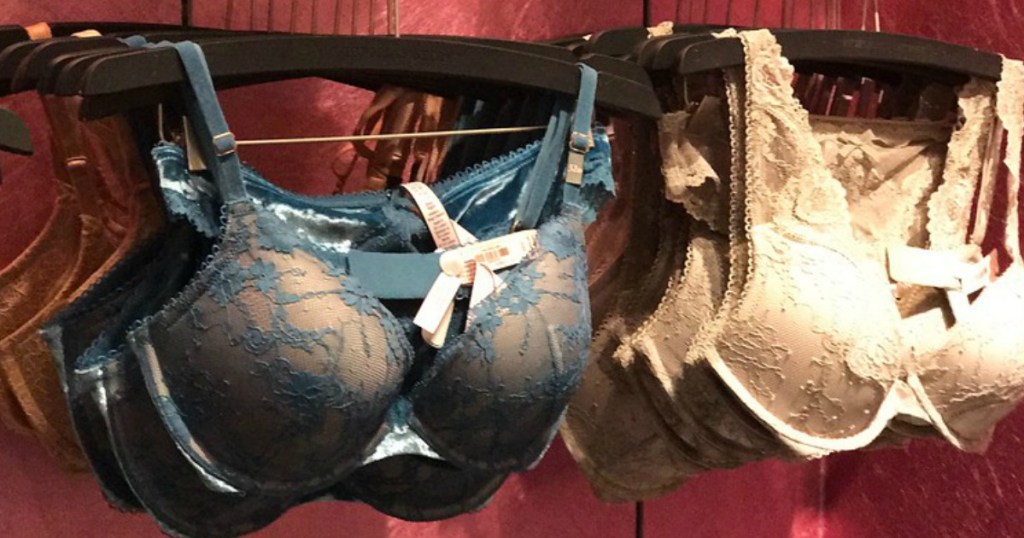 The infamous Bombshell Bra by Victoria’s Secret is arguably one of the most popular bras ever created by VS! Personally, I have owned three of these in my life and have LOVED them (I’m talking wear-until-the-straps-break kind of love 🤭), but they are very expensive and can be anywhere between $50 – $70. Even if I do like them, I cannot afford to purchase these as often as I’d like and they are usually excluded from the Semi-Annual Sale. 💔

If you don’t think that’s worth it or are in a similar situation, consider trying Maidenform Natural Boost Demi Bra. It has a 4.5-star rating from over 7,000 reviewers! While it doesn’t add two cups extra the way the Bombshell does, this is a solid push-up bra choice that is extremely popular and is less than half the price of Victoria’s Secret bras. They sell Maidenform at multiple retailers, including Amazon, Kohl’s, and Target. 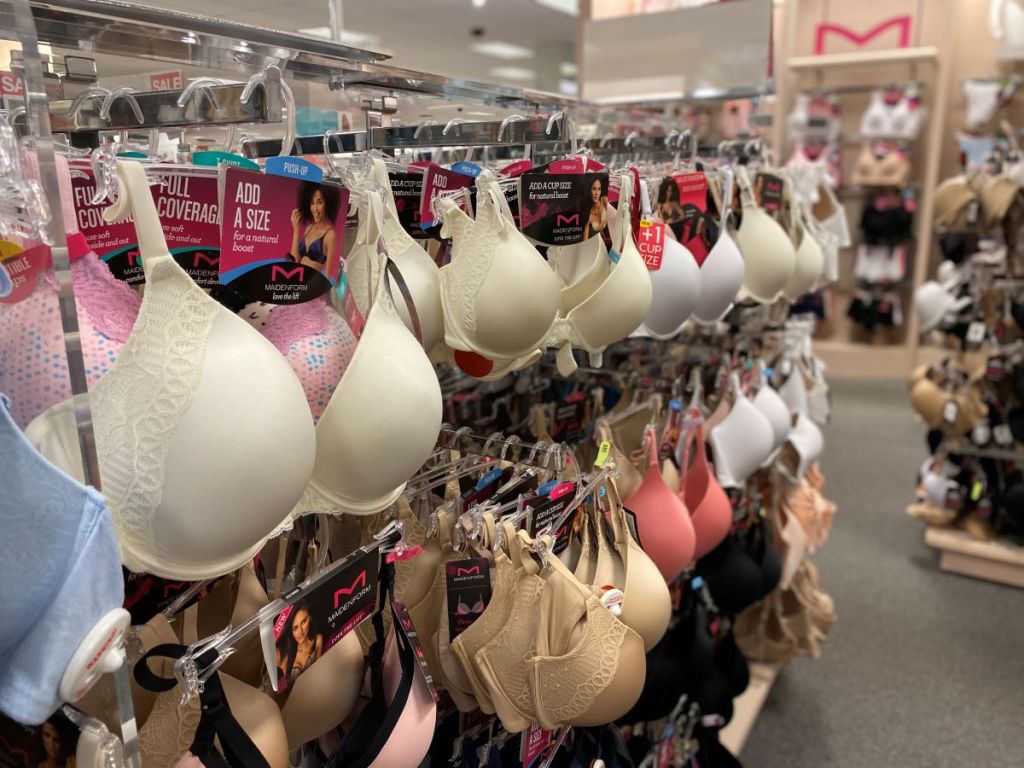 2. Save big by shopping for undies from Target’s Auden line instead of Victoria’s Secret. 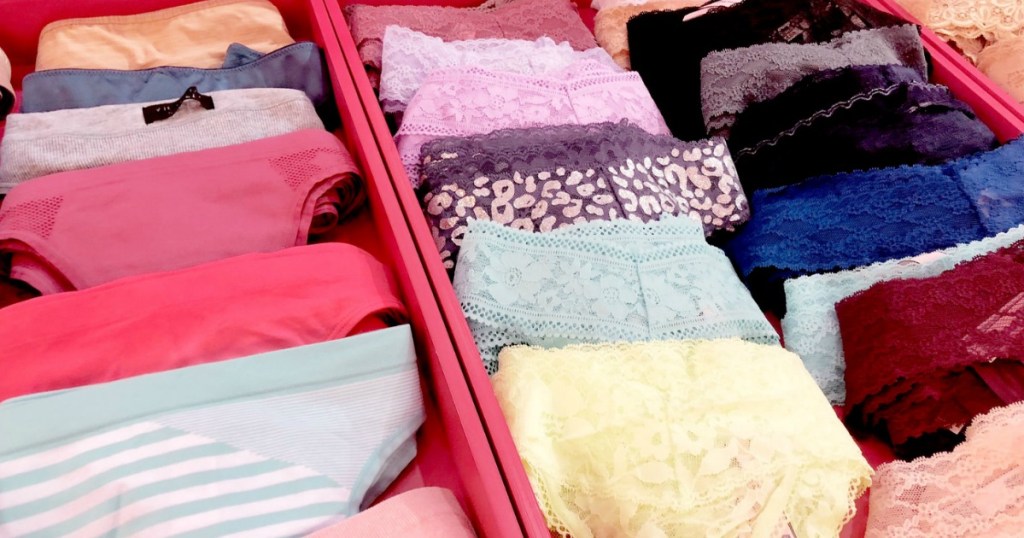 It’s no secret that at one point we all were raving about Victoria’s Secret Panty Parties where we could get 5 for $25, then 7 for $27, 5 for $30, and now 5 for $32. Slowly but surely, the prices started to increase, and, when the underwear promotion isn’t going on, each pair of underwear cost around $10.50+.

For those who don’t want to wait for these promotions with VS (or don’t think it’s worth it), Target’s Auden is an amazing intimate brand that’s definitely worth trying! Almost always, they have a 5 for $20 undies sale (each $5!) and sell pre-arranged packs of 6 undies for as low as $10! 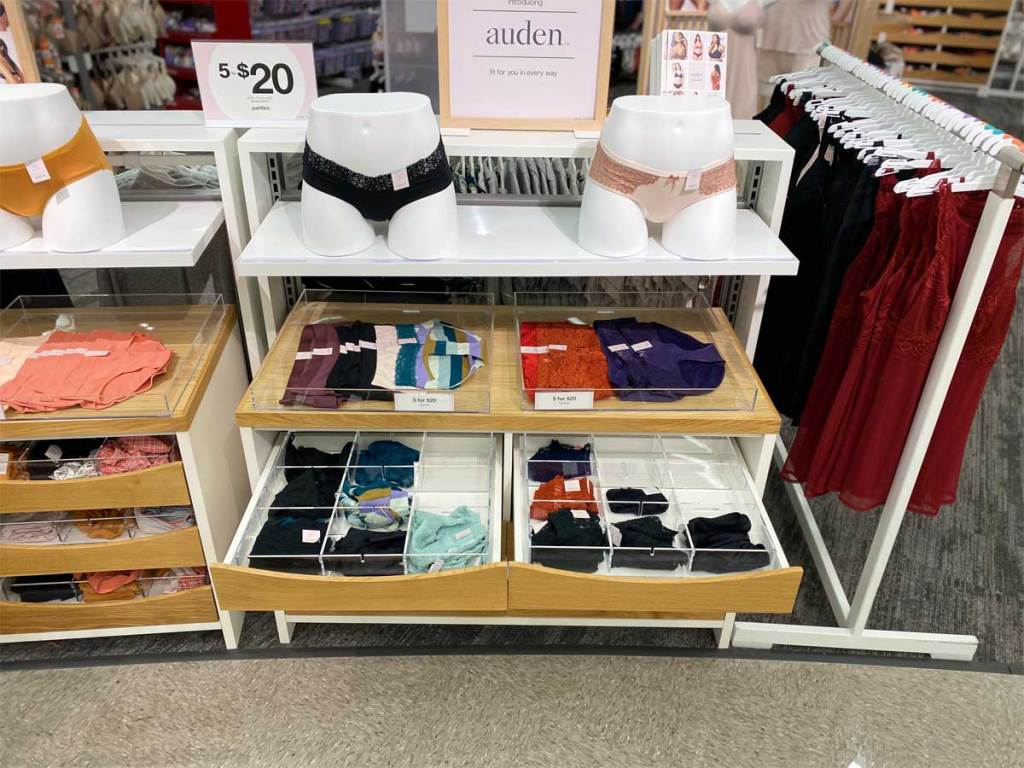 3. Save big by skipping on Victoria’s Secret Swim and try this Shekini. 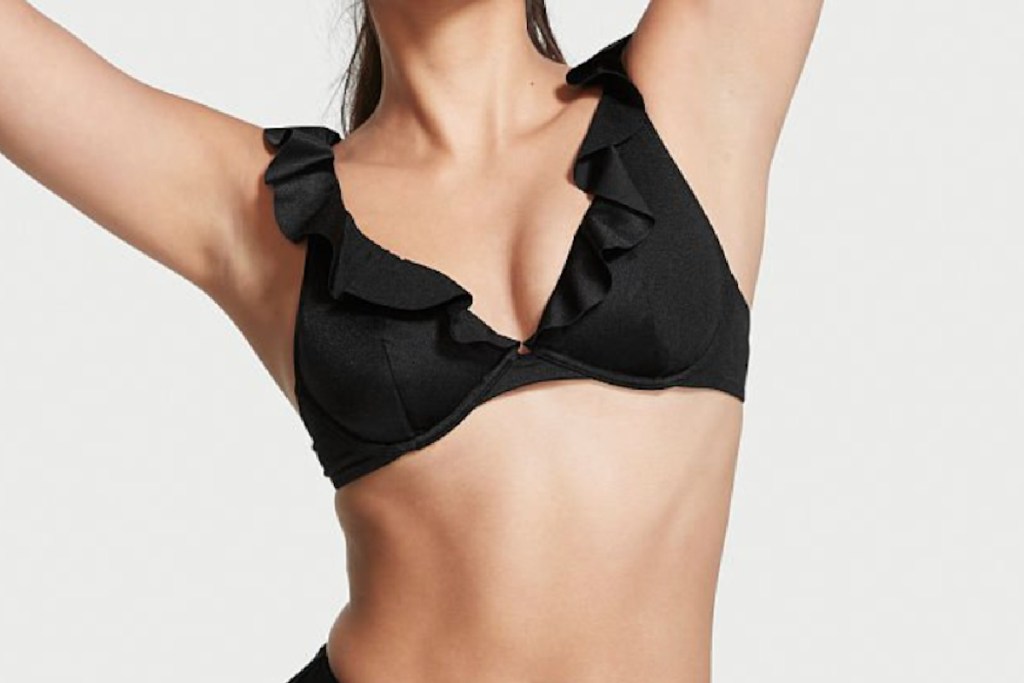 I can admit that I was one of the people crying when Victoria’s Secret discontinued their swimwear line in 2017 and was ecstatic when it returned, but many of the pieces in their swimwear line are extremely expensive! Even if they are super cute, I don’t know if I love a bathing suit top (not a set) enough to pay $40+ (although when they do have sales, I run to the site)!

This summer, ruffle swimwear has been all the rage, and VS swim has quite a few options that feature this style. Luckily, Amazon also has tons of styles like this! It is more expensive than the bathing suit top from VS, but you’re getting the whole set! If you do the math, the top and bottom are $15.48 each – score! 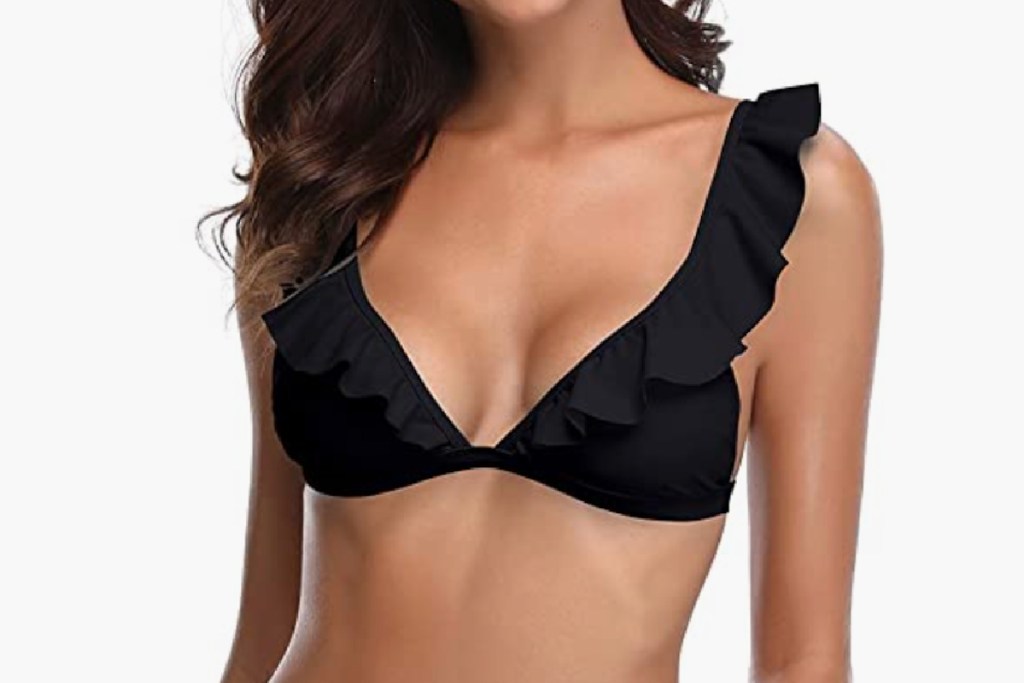 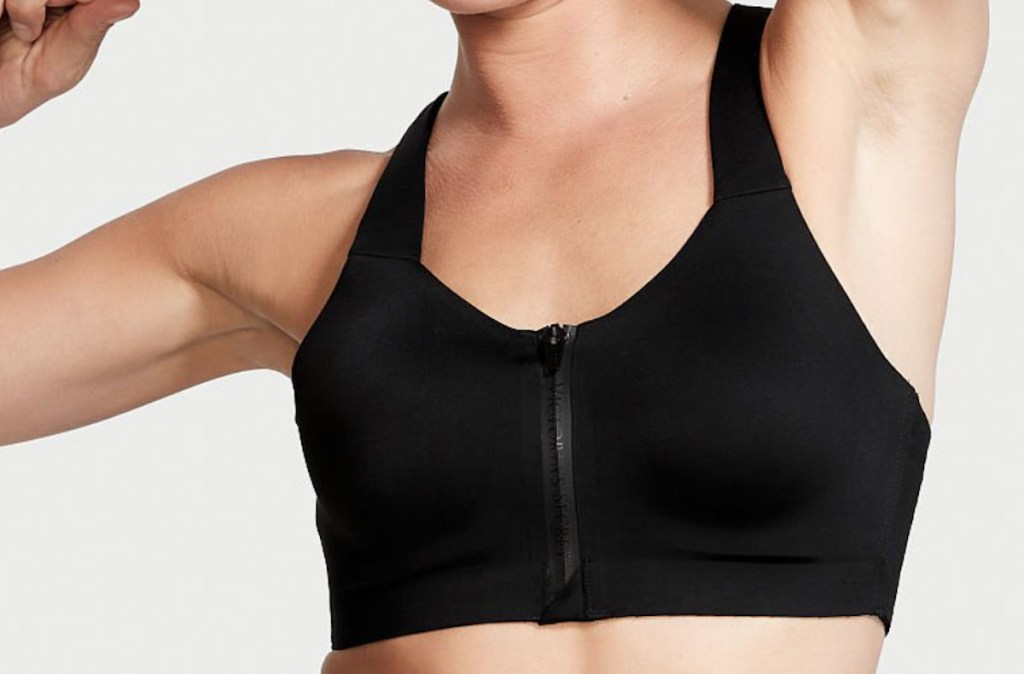 Victoria’s Secret has many different sectors, but its sports line has a solid reputation. They’re deemed comfortable for working out and also being super cute! All sports bras retail for less than Lululemon prices but are still above average. 👎

VS’s Knockout Sports Bra is a best-seller. The zip-up style offers extra support, and there are tons of colors with slightly different strap styles. Cordaw High Impact Sports Bra is also a high-impact sports bra with the same zip-up feature and has thousands of helpful reviews! It also comes in tons of styles, just like the Knockout bra! 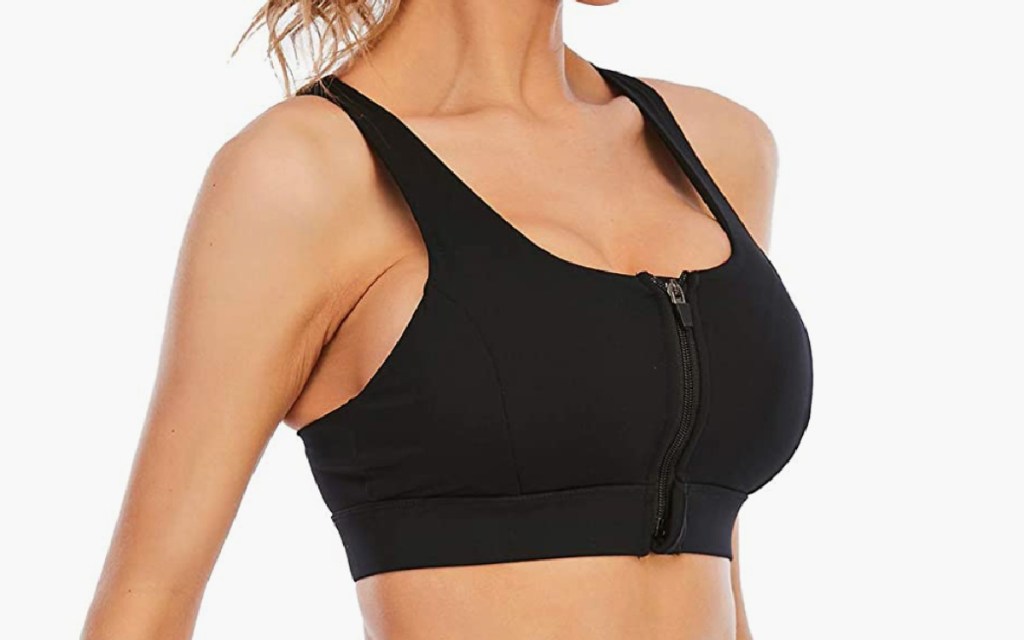 5. If you’re looking for something new, try MIX: Bar fragrances as opposed to VS body mists. 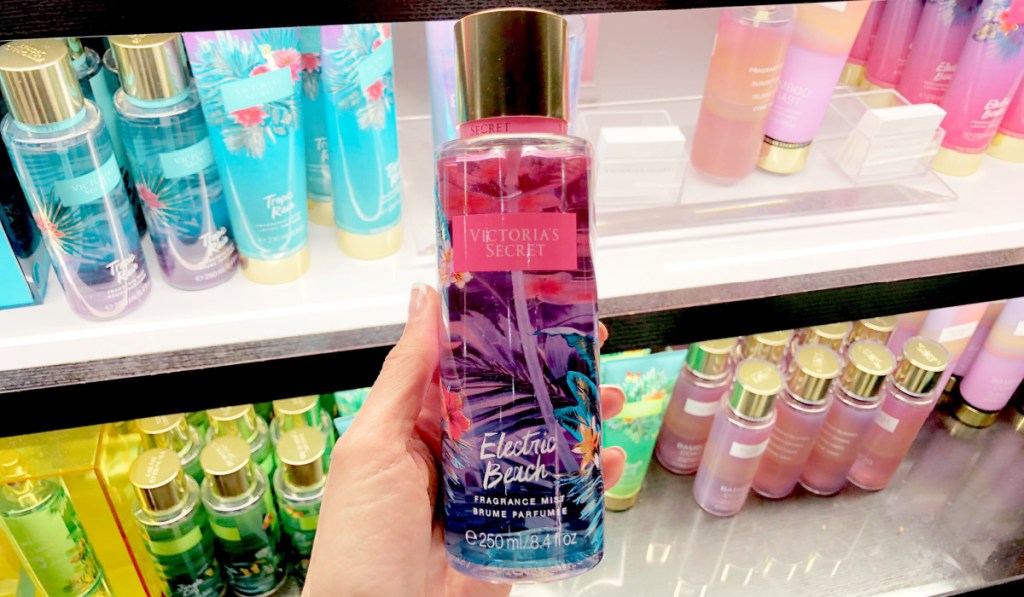 I’ll admit I do really like Victoria’s Secret body mists! They go on sale often, and most scents are yummy. However, if you’re looking to branch out into other body mists that are less expensive, I recommend the Mix: Bar fragrance collection, a Target exclusive.

I love rose scents that aren’t overpowering, so comparing the Coconut Milk and Rose Body Mist to Glass Rose, they are pretty similar. However, I have a slightly higher preference for the Glass Rose mist from Target due to its more subtle scent. It’s still effective and cheaper! 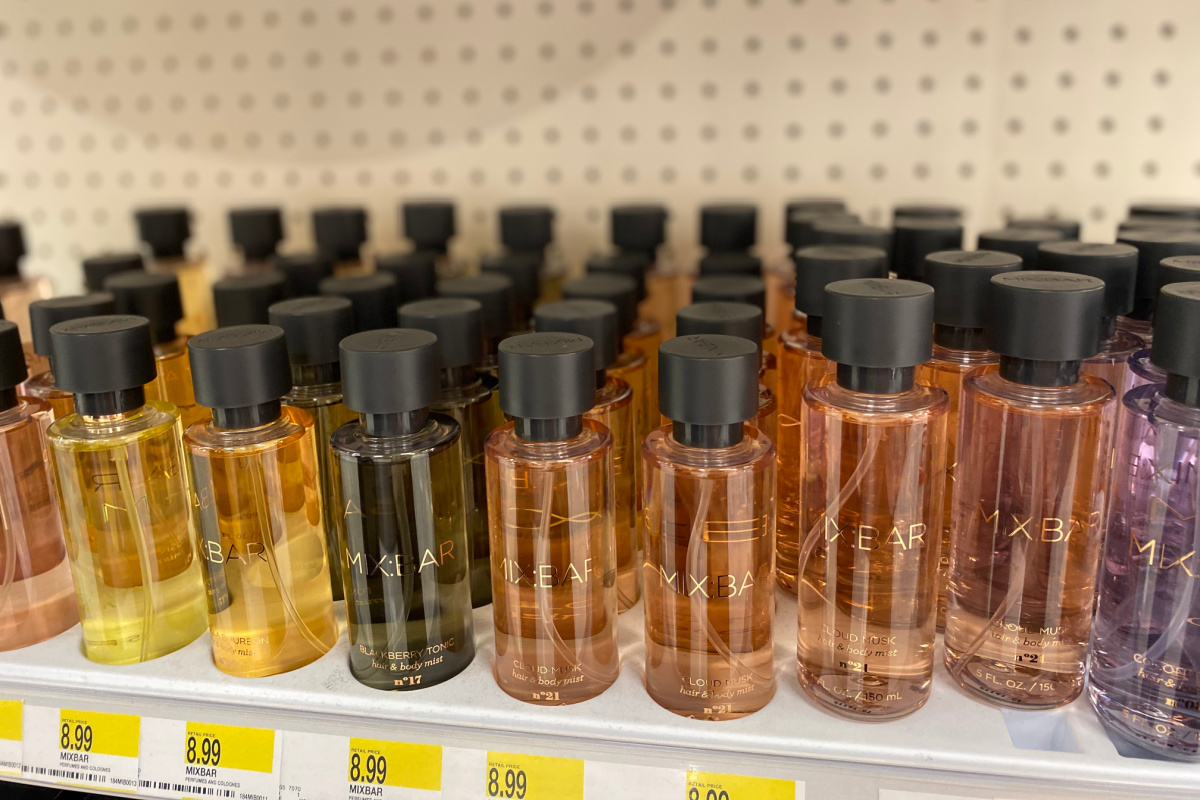 6. Spare your wallet by purchasing robes from Amazon Essentials. 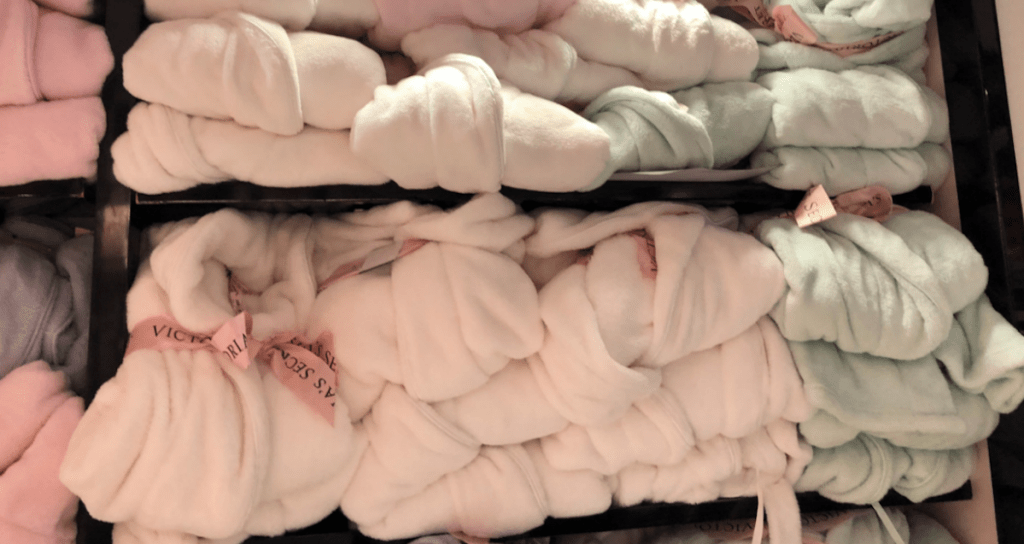 If there’s anything VS is known for aside from bras and underwear, it’s their luxurious robes! The fluffy ones are extremely soft, and the satin kimonos feel amazing to lounge around in, but it’s no secret that they are very expensive.

The fluffy ones are in the same situation! I don’t think VS prices are justified when there is a better alternative to Victoria’s Secret robes sold from Amazon Essentials that are almost identical. 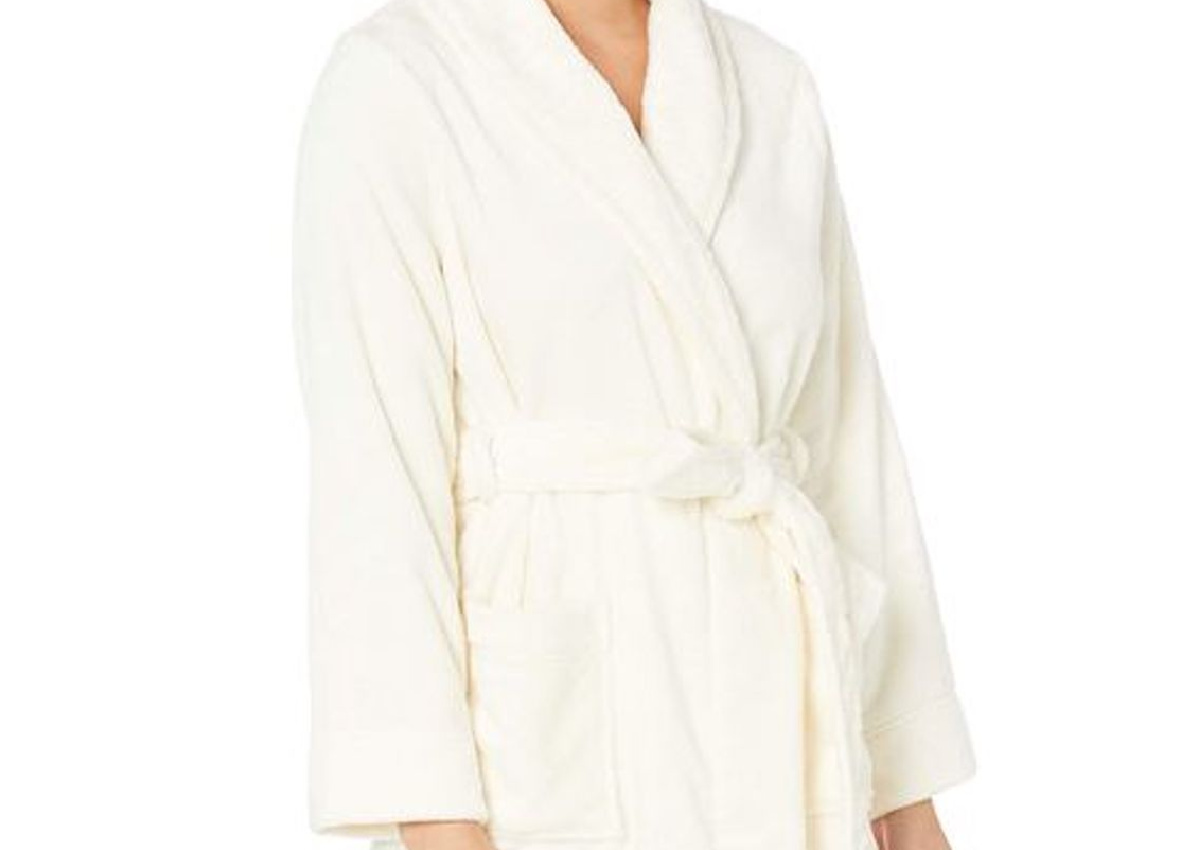 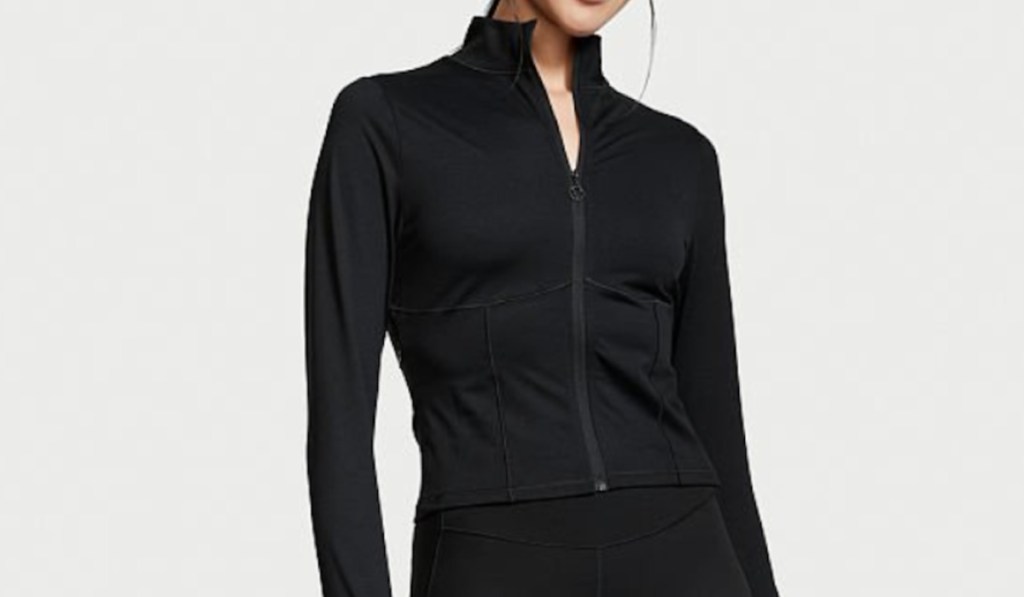 Since we all began working from home, loungewear has become more important to us than ever. From going to the grocery store to working from home, it’s almost become a uniform. Victoria’s Secret has tons of loungewear now, but the Sweat On Point Full-Zip Jacket is a stand-out pick. Its soft fabric is still breathable, and buyers love how light and comfy it is.

If you’re looking for a cheaper, similar option, check out Gacaky Women’s Slim Fit Lightweight Athletic Full Zip. Similar to VS, it has flattering seams and a cropped length. Whether you’re going to yoga class or running to the store, you’re going to look fabulous with this zip-up! 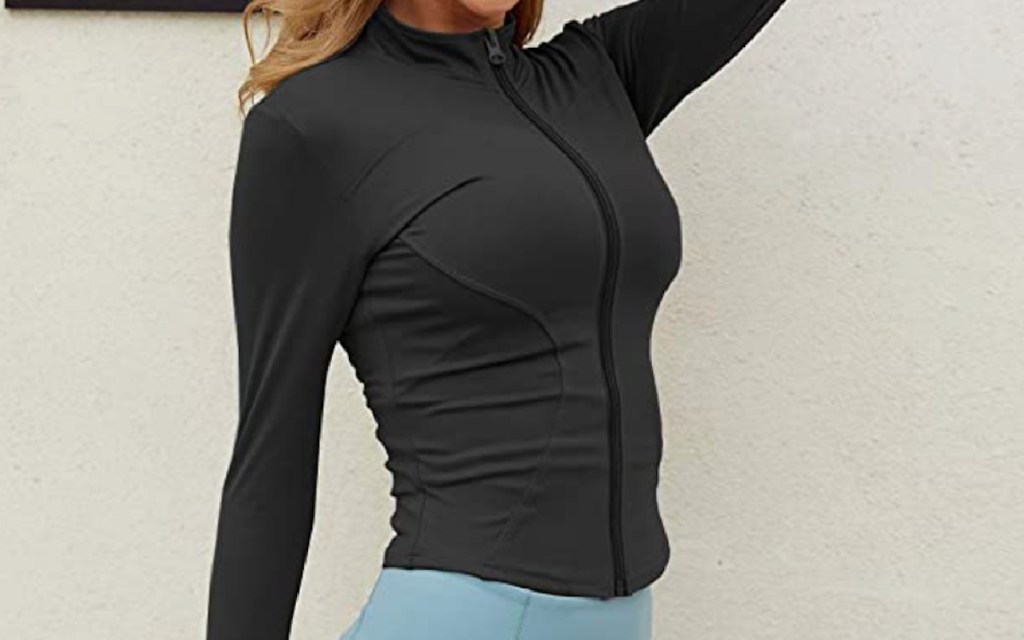 Check out 11 of the best Lululemon-inspired products on Amazon!

Score the Viral Maybelline Sky High Mascara on Amazon (And Save BIG!)