Does Oil Pulling Actually Work? We Think Yes and No… 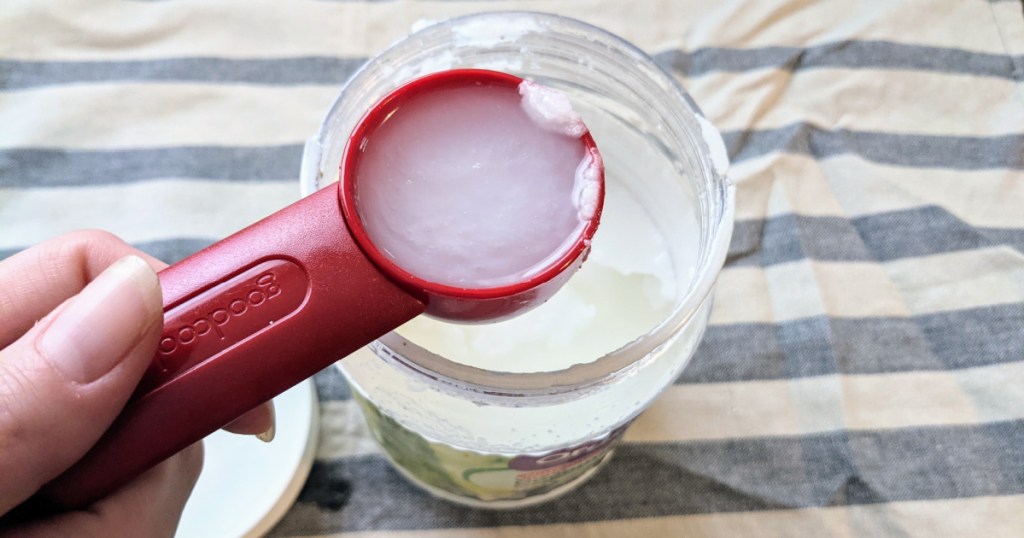 Coconut oil can do just about anything… including whitening our teeth??

Oil pulling has been a trendy topic in the last few years, but it’s actually an ancient Ayurvedic dental hygiene technique said to draw toxins from the mouth and body. Plenty of folks have claimed it helped them whiten their teeth, prevent cavities, and strengthen their teeth and gums among other cool benefits.

I can sometimes be a bit skeptical when reading about major health claims, so I dove into the science behind coconut oil pulling and even tried it out myself! 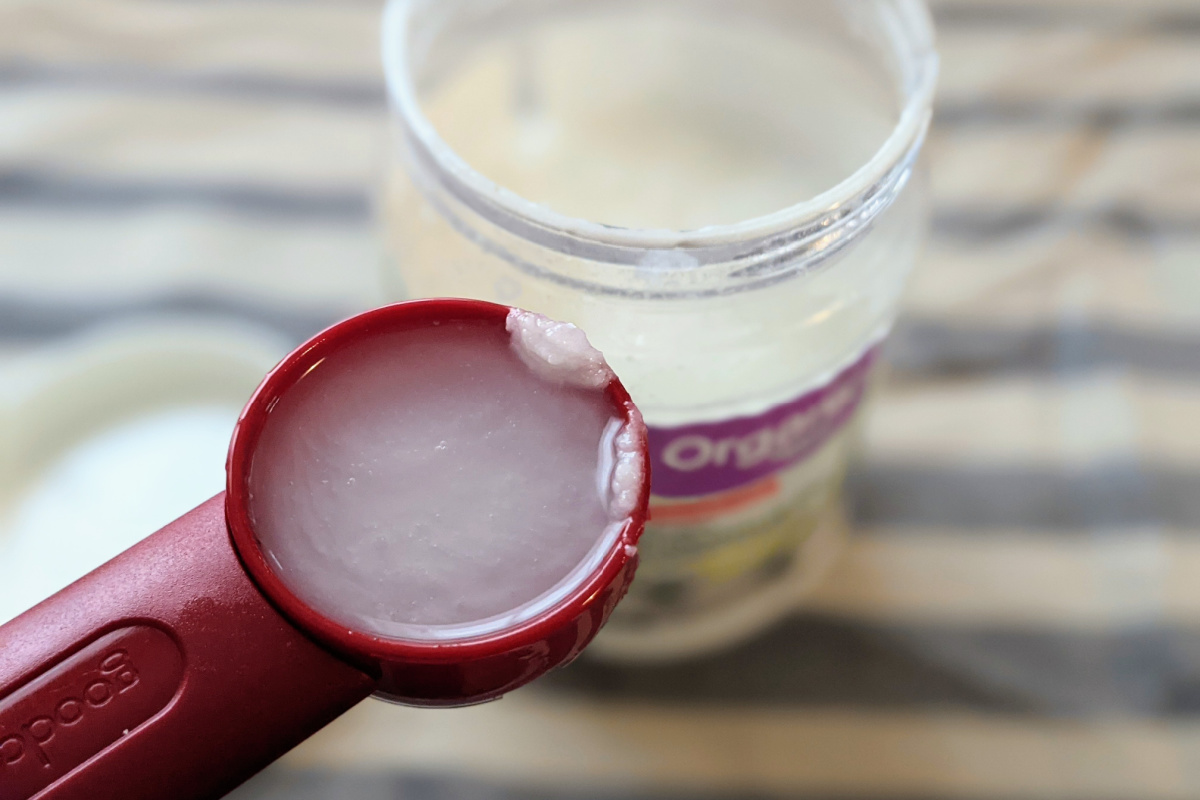 From what I found, it definitely has potential!

Coconut oil contains lauric acid, which makes up about 50% of coconut oil’s fatty acid content and has some pretty impressive antimicrobial properties. It’s notably effective at fighting bacteria and fungi, sort of like a natural mouthwash!

In fact, people have said that lauric acid and coconut oil pulling have helped them with everything from cavities to hangovers. 😱

And while we can’t speak for its effectiveness as a hangover cure, some studies have backed up its ability to help battle gingivitis and bad breath & reduce overall inflammation.

Plus, I learned that it can also help your sinuses! 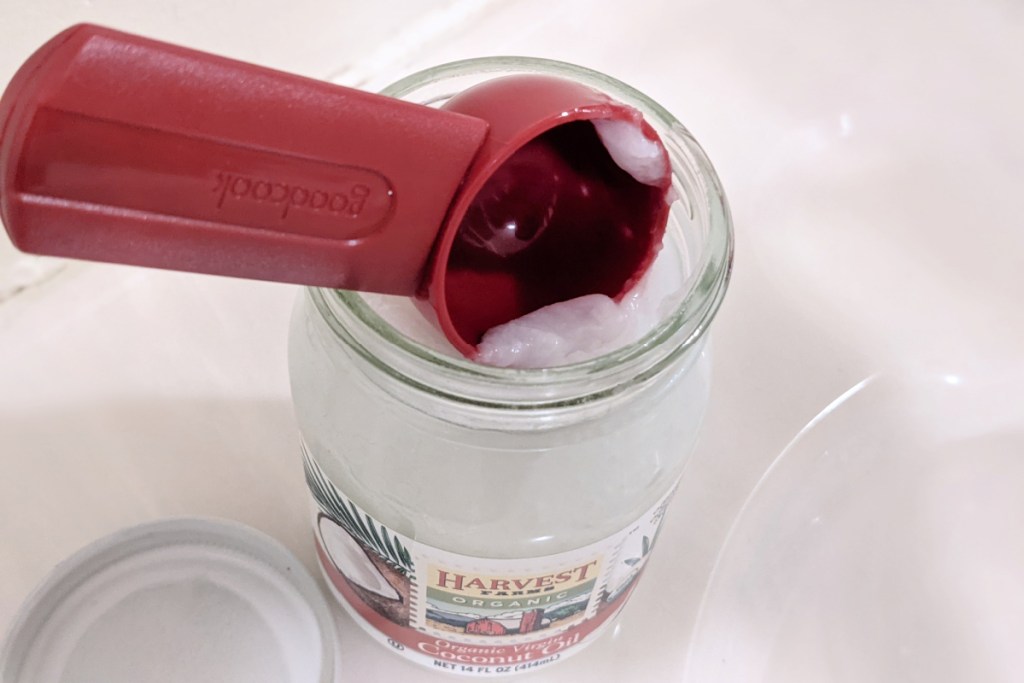 I asked my Hip teammates if anyone had experience with oil pulling, and one said her husband uses it to help his sinus issues. I had NO idea that coconut oil pulling could do that, but it makes sense since the nose, throat, and mouth are so closely linked.

The antibacterial properties of coconut oil help cleanse the sinuses as well as the throat, so this may be a useful remedy for folks suffering from stubborn seasonal allergies. 🙌

Now that we know about the benefits, here’s how to oil pull! 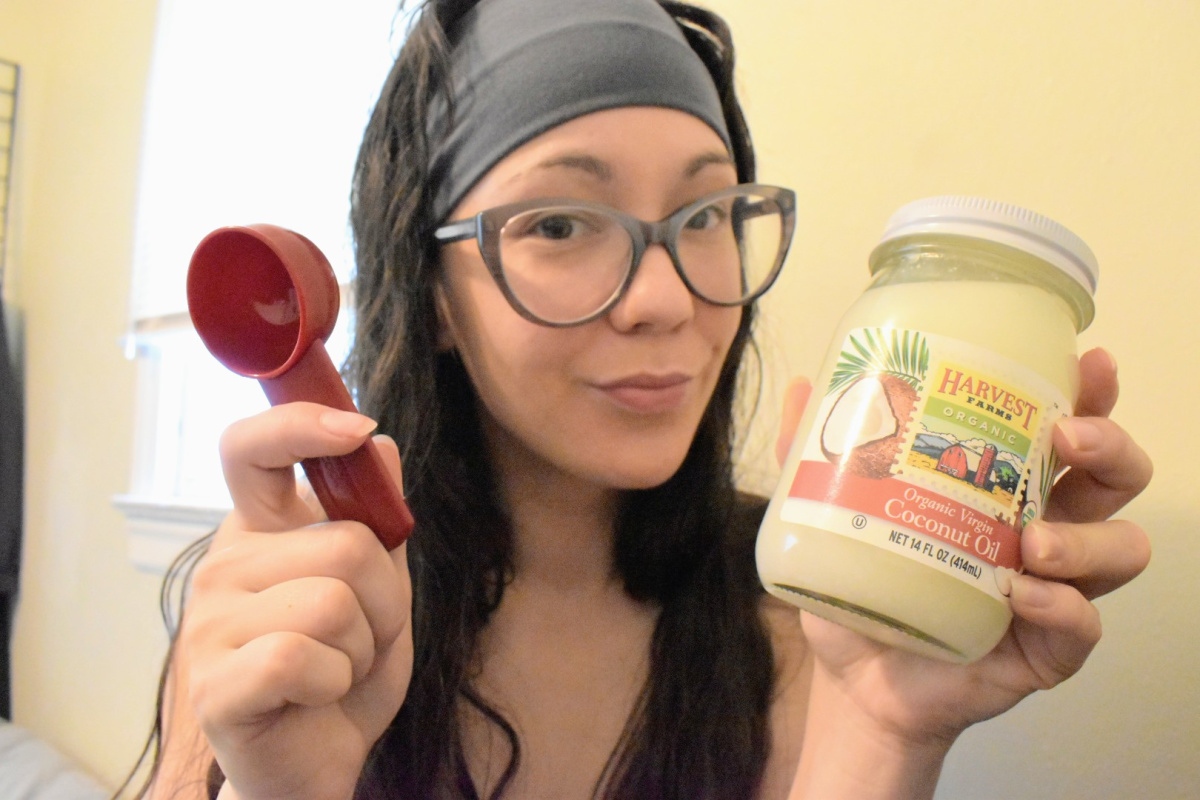 To start, oil pulling is pretty straightforward: all ya need is some coconut oil (organic cold-pressed virgin coconut oil is recommended) and a tablespoon!

After you measure out your tablespoon, it’s time to swish! Ideally, you’ll continue swishing the tablespoon of oil in your mouth & pulling it through your teeth for 15-20 minutes. 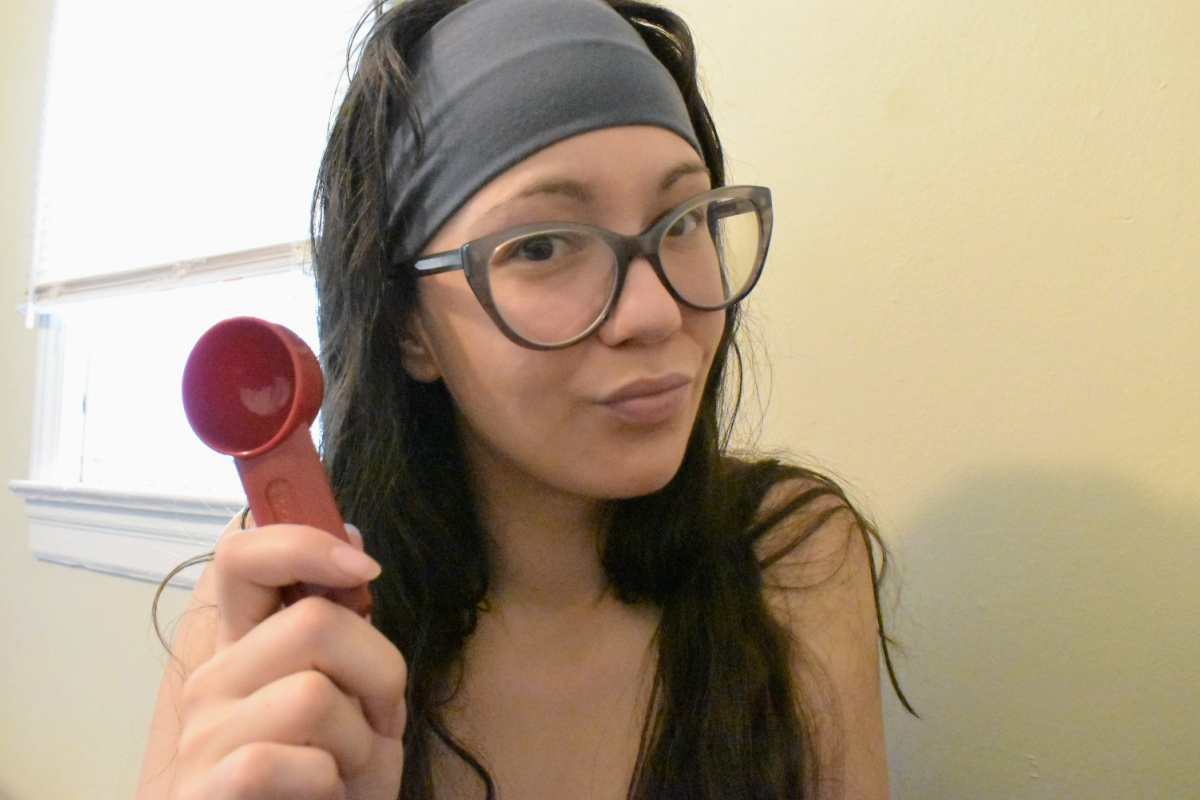 Not gonna lie, I found the feeling of oil pulling to be super unpleasant and had to take breaks in my 20-minute oil pulling increments. I love the flavor of coconut oil, but I just couldn’t hack the feeling of it swimming around in my mouth for that long. 🥴 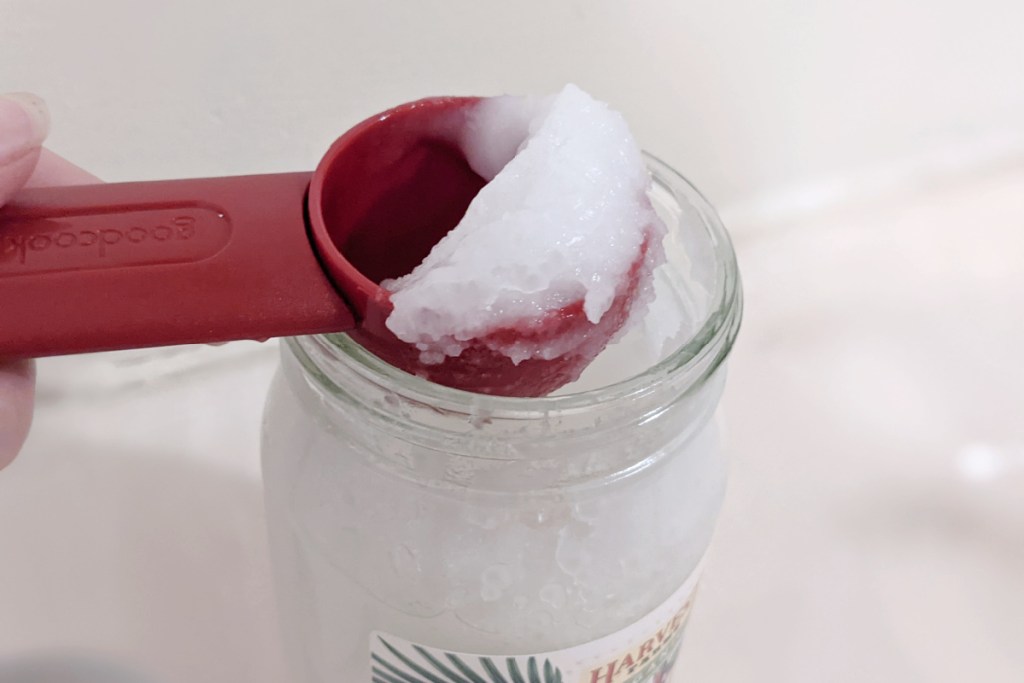 After your 20-minute session’s up, spit out the oil into the trash. This is super important since coconut oil solidifies at room temp and can clog pipes!

After all the oil is out, brush and floss like usual and you’re good to go!

So how did I feel after practicing oil pulling for two weeks?

After reading claims from so many people that oil pulling whitened their teeth, I expected to come out of this experiment with a shiny new smile. But honestly, I didn’t notice a huge difference in the shade of my pearly whites.

I snapped some photos of my smile–before oil pulling (on the left), and after oil pulling for about two weeks (on the right)–at the same time of day using natural light to make sure the lighting didn’t affect the picture results. And while they look pretty similar, to me the one on the right does look a bit brighter.

Also, to be fair, I have whitened my teeth in the past (I find it necessary as a big fan of black coffee), and two weeks isn’t a super long time, so maybe that’s why I didn’t notice a big difference.

What I did notice, however, is that my mouth generally felt a little cleaner and food-related odors didn’t seem to last as long. I love some garlic, so I’m sure my friends & fam were thankful for that last perk. 🤣 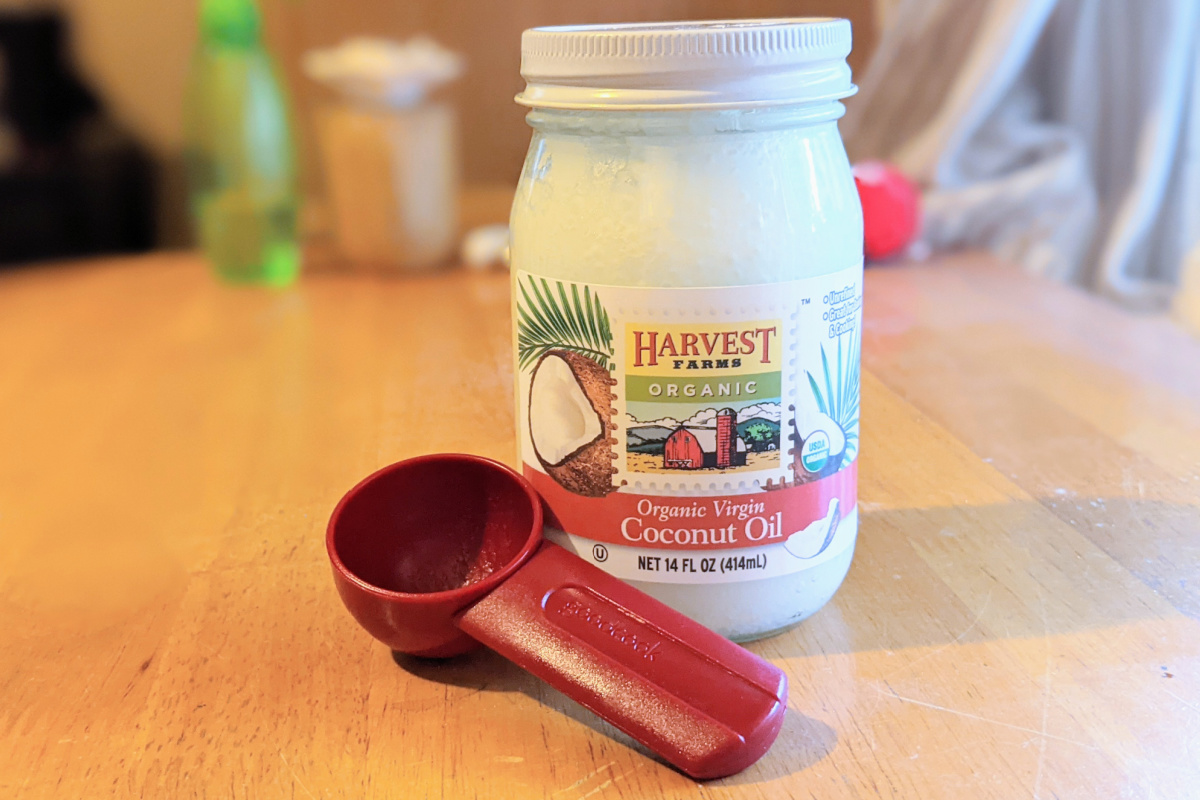 A few helpful tips if you want to try oil pulling!

The best part? The $$$ you’ll save when switching it out for those harsh mouthwashes! 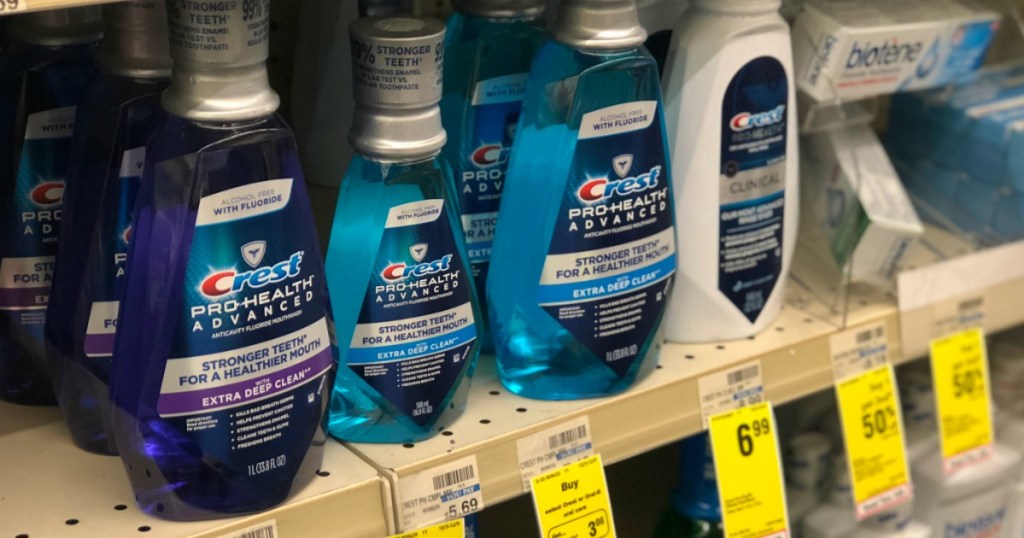 A lot of folks–myself included–like to have that extra-clean feeling that often comes from using mouthwash after brushing and flossing. But even when I try to snag a great deal, mouthwashes generally can’t compete with the cost of a jar of coconut oil, especially when I buy the bulk containers.

Compare a jar of coconut oil to this whitening mouthwash.

So not only is the jar of oil a better deal, but it also isn’t full of potential allergens often found in commercial toothpaste and mouthwashes. And like we mentioned, if coconut oil doesn’t work for you, it can always be switched out for a different type of oil. 🙌 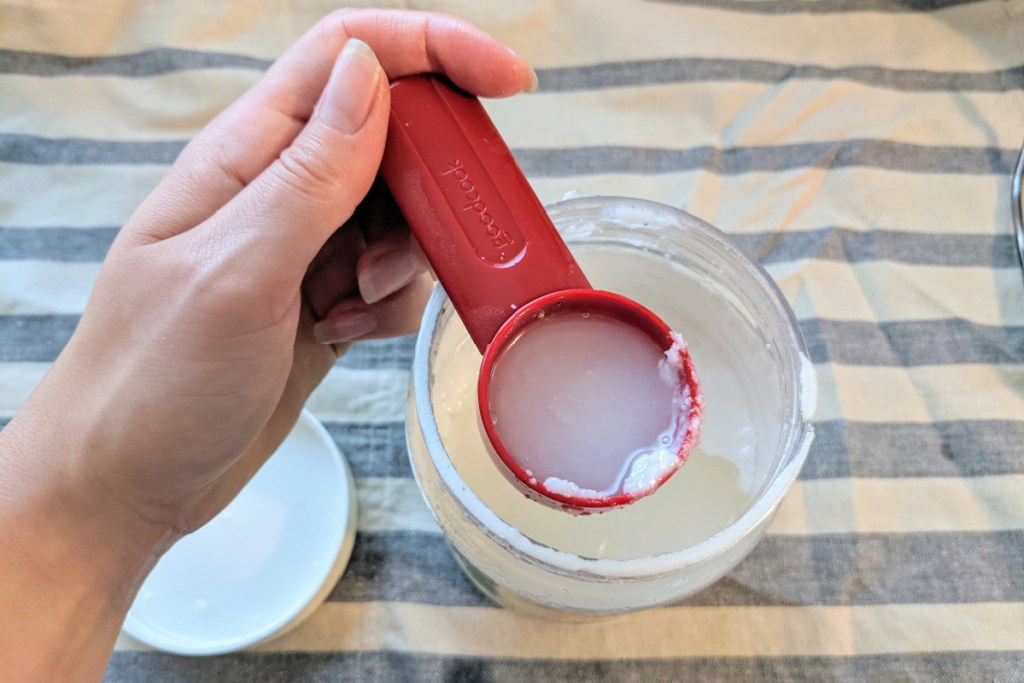 While oil pulling is far from a miracle cure or replacement for good oral hygiene, it’s a non-harmful and non-toxic way to give your mouth a little antibacterial boost.

And if you find most commercial mouthwashes to be kind of intense (and pricey!), oil pulling may be a natural alternative for you!

Get ready for the summer heat with our DIY cooling coconut oil lotion!

Is a House Cleaning Service Worth the Money? Or Should I do it Myself? 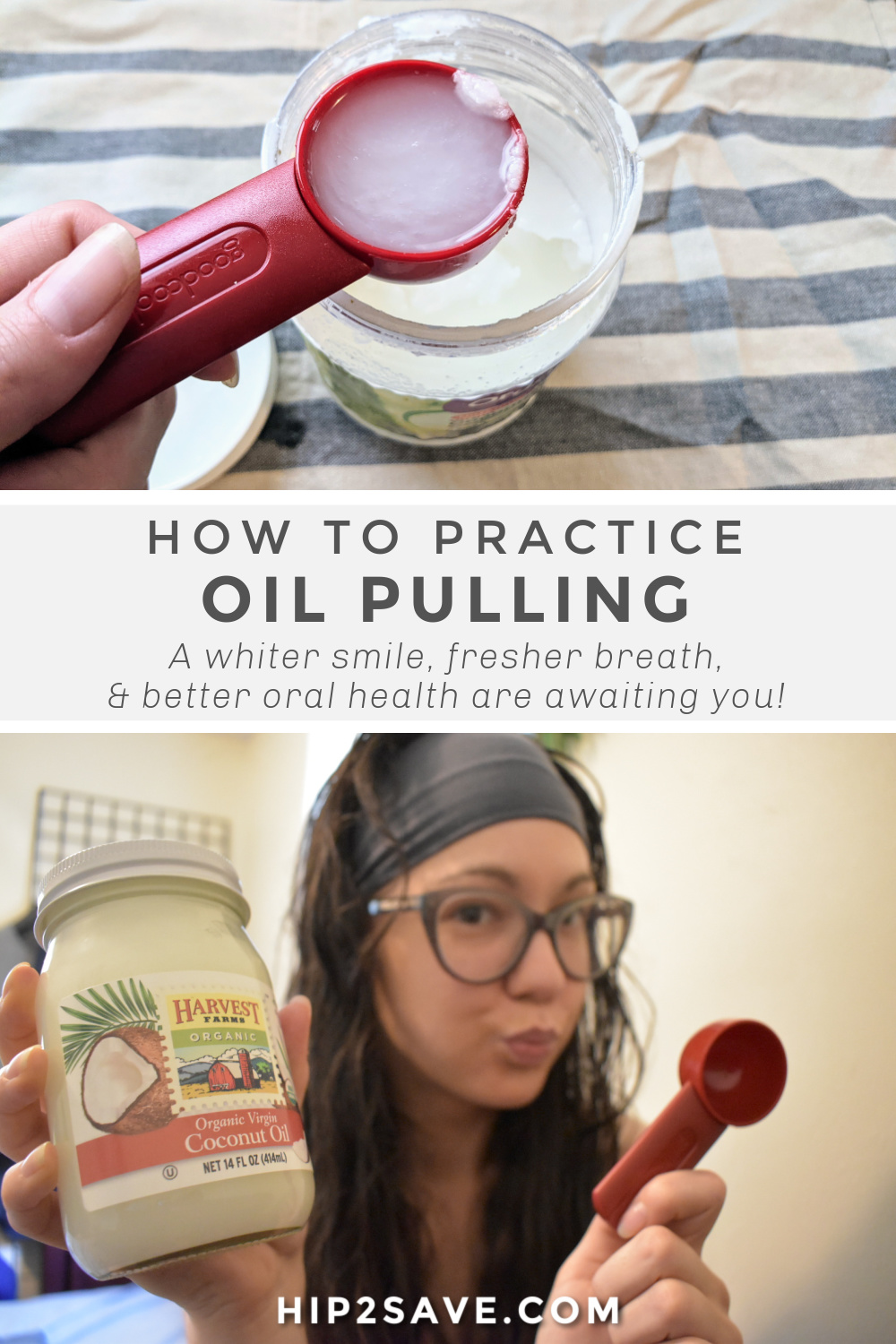