Keep reading for some Disney World tips for an upcoming trip this Halloween season! 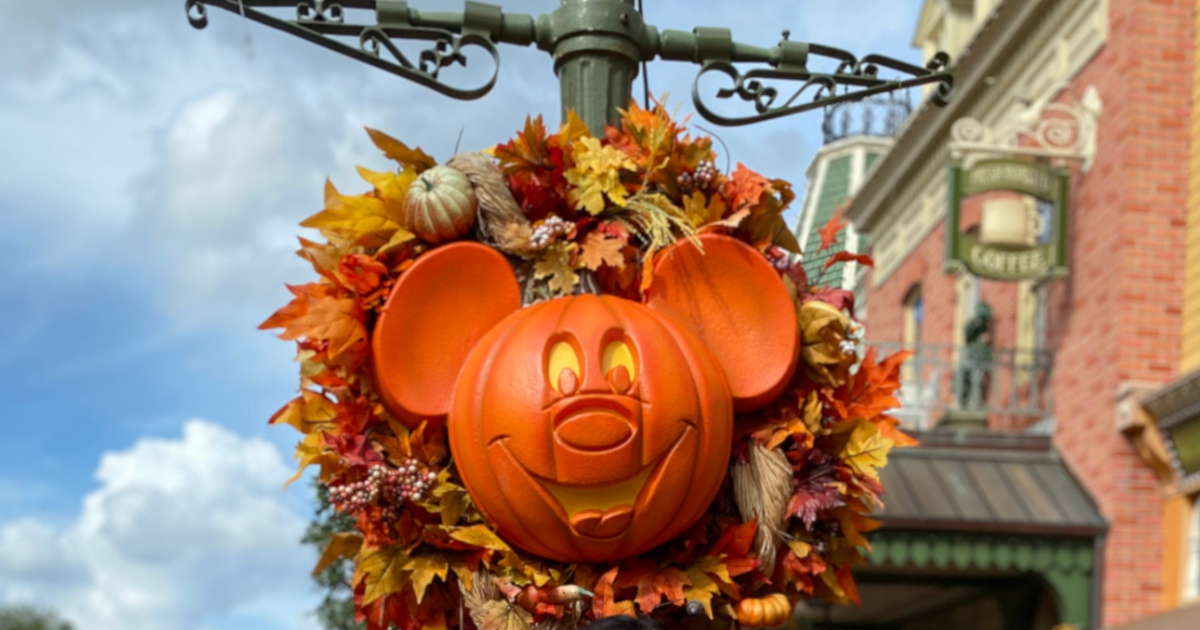 Going to Disney parks during the fall? Be sure to read this!

Visiting Disney Parks is magical regardless of the time you visit, but during the holidays, it’s even more spectacular, especially Halloween! With the decorations and festivities, it really feels like you’ve been transported into an actual Disney film, and there’s no other feeling like it!

I’ve been going to Disney regularly for over 20 years (since before I could even talk)!

If you didn’t know, Disney has paused the sales of annual passes, but keep checking back to see when they start again. Last year, I was able to get my hands on one before they paused the selling! Since I go so often, I’m going to share the best Disney World tips I have for visiting during the spooky season!

Did you know that Disney World is celebrating its 50th anniversary?! This celebration will be going on for 18 months (until March 2023), so don’t fret over missing it if you don’t make it during October. Let me also preface that Disney has already started celebrating Halloween, starting in August, and the second the clock strikes midnight on November 1st, it is fully Christmas!

Here are some tips & things to know about visiting Disney World during the fall season!

1. There usually are fewer crowds, though that may be different this year! 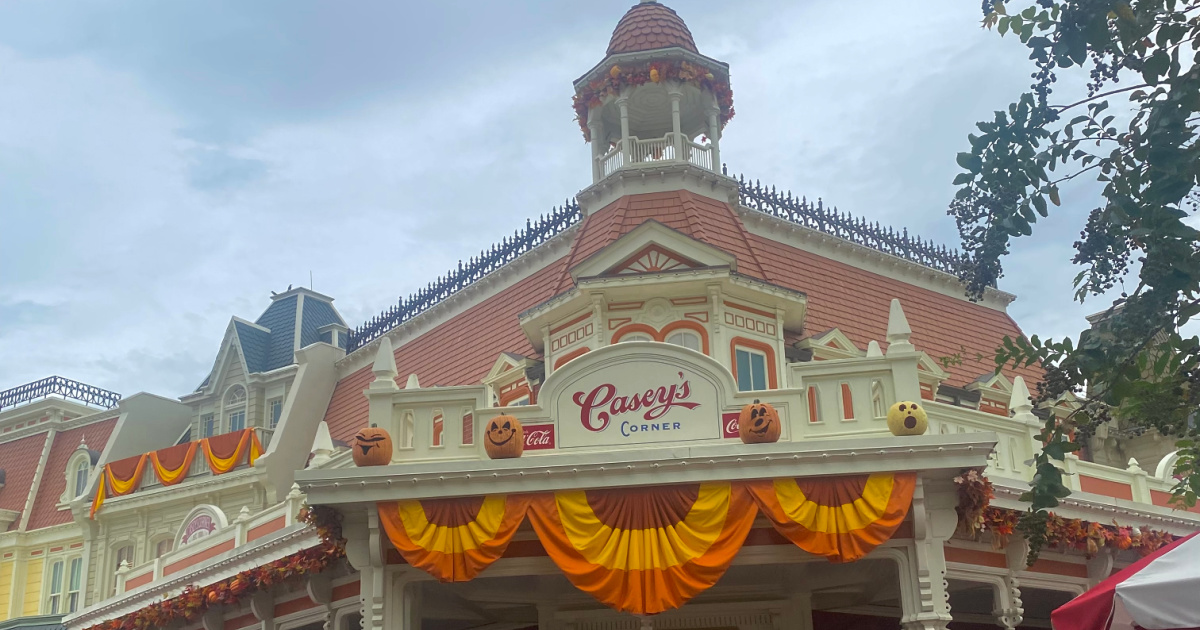 There are so many awesome elements of the fall season at Disney. Although Christmas is magical as well, prices tend to be higher to visit. If you love Halloween, cooler weather, and fewer crowds (although that may not exactly be the case due to the 50th Anniversary), this is the time for you! Weekdays in the fall are a great time to visit.

2. The decorations at Magic Kingdom are spectacular! 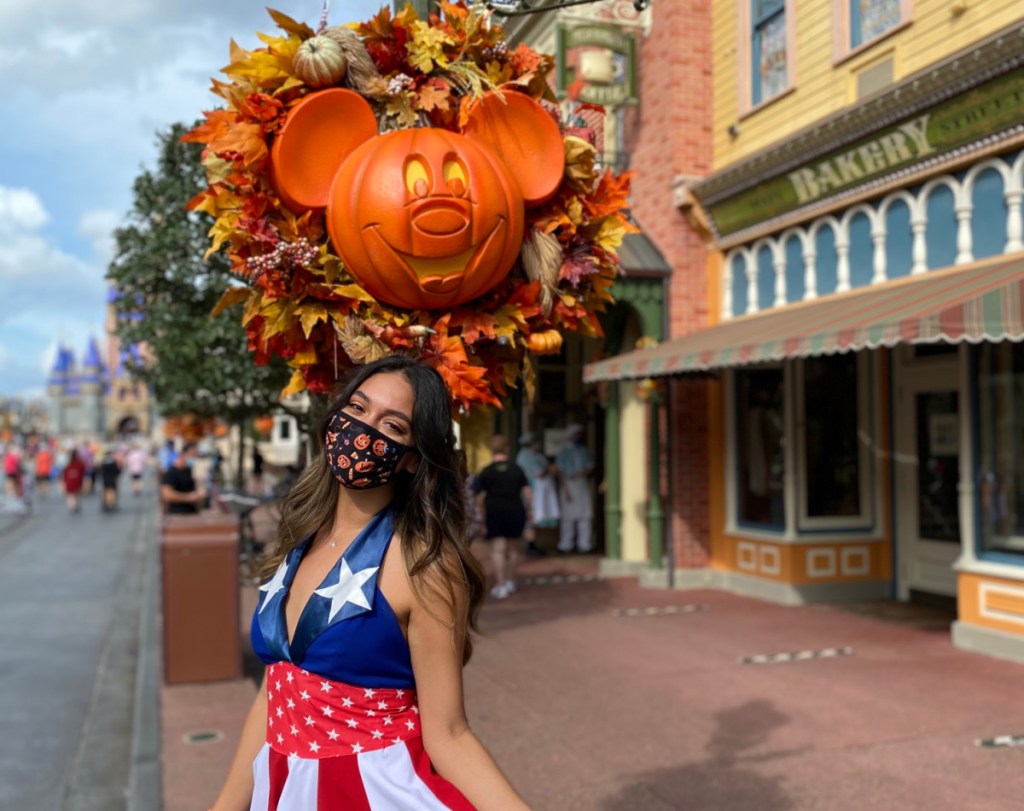 Out of all the parks, Magic Kingdom goes the most all-out for Halloween and is decorated head to toe! Pumpkins and wreaths are everywhere across Main Street and the gift shops.

Even if you don’t attend Mickey’s Not-So-Scary Halloween Party (more on that next), these decorations are for everyone to enjoy. You can also always still enjoy the Halloween spirit by taking a tour with the 999 ghosts that live at the Haunted Mansion! 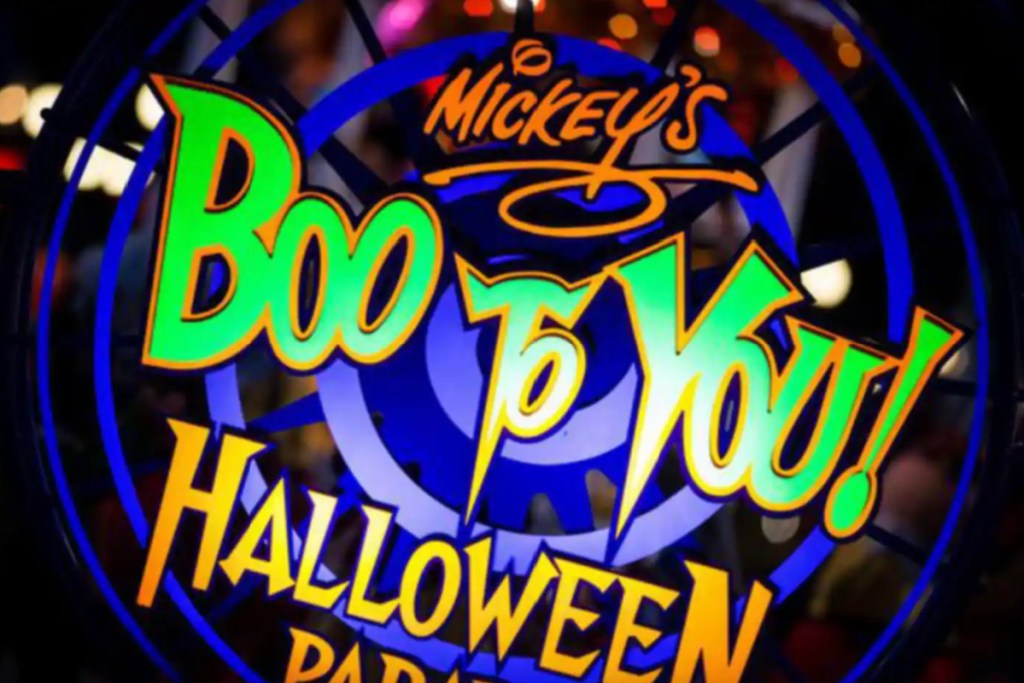 If you want maximum Disney Halloween fun, I highly encourage attending Mickey’s Not-So-Scary Halloween Party! There’s trick-or-treating fun, meet and greets with exclusive characters, and the infamous Boo-to-You parade! You’ll also have access to exclusive snacks and it’s even more enjoyable when you dress up in your best costume.

Note that Mickey’s Not-So-Scary requires a separate ticket from general park admission; however, the event ranges from 7 PM to midnight, and you can gain entry into the park starting at 4 PM.

4. Head over to EPCOT for their Food and Wine Festival which happens every Fall! 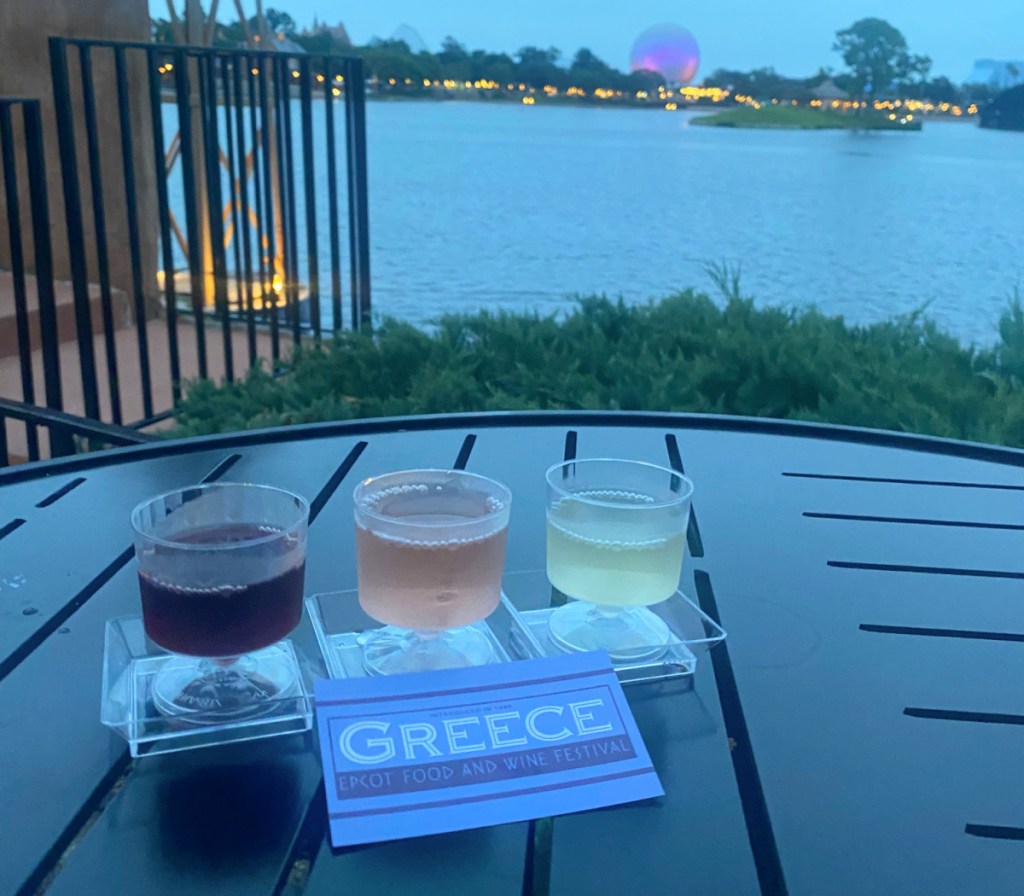 One of the best fall offerings at Disney World, and my personal favorite part about fall at Disney, is EPCOT’s International Food and Wine Festival! Epcot is home to the World Showcase which celebrates the culture, food, drinks, and entertainment of 11 countries year-round. But during EPCOT’s International Food and Wine Festival, you can enjoy a tour of food and drinks from over 5 continents and so much more!

Some booths aren’t themed around a country’s cuisine, but rather a style of food, such as “Earth Eats” which features solely plant-based foods. Be sure to pick up a pamphlet that describes everything the festival has to offer, such as listing the dietary restrictions of each dish.

Enjoy this tasting event until November 19th, included in your EPCOT admission!

6. Check out the Halloween fun outside of the parks available at the resorts. 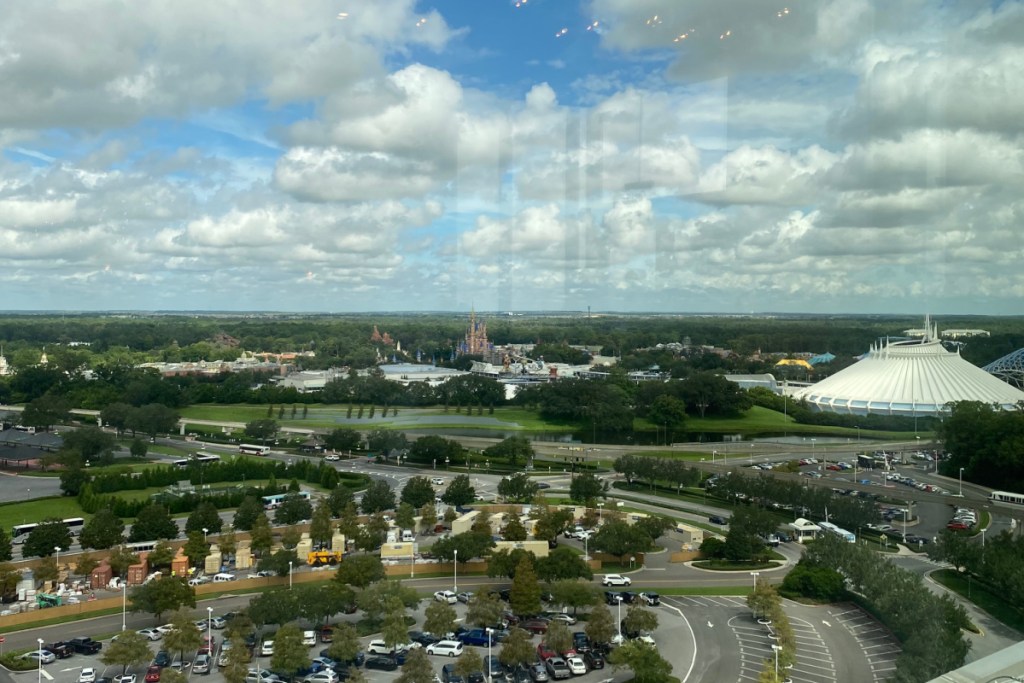 There are a ton of fun things to do outside the parks that involve Halloween at Disney. According to certified Disney travel agent Katie Reitenauer, make sure you check out the activities board at your resort or the front desk. There are sure to be a ton of fun fall/Halloween-themed activities including games and “Under the Stars” movies. There’s even a hidden gem at Disney’s Fort Wilderness for festive Halloween fun!

“Not far from the Magic Kingdom is Disney’s Ft. Wilderness Campground. Usually, closer to Halloween, they will have a Halloween golf cart parade along with campsite and cabin decorating contests. It is definitely fun to visit starting mid-October to check out the spooktacular decorations campers have on display.” – Katie

7. Visit Hollywood Studios for dressed-up characters and, of course, Tower of Terror! 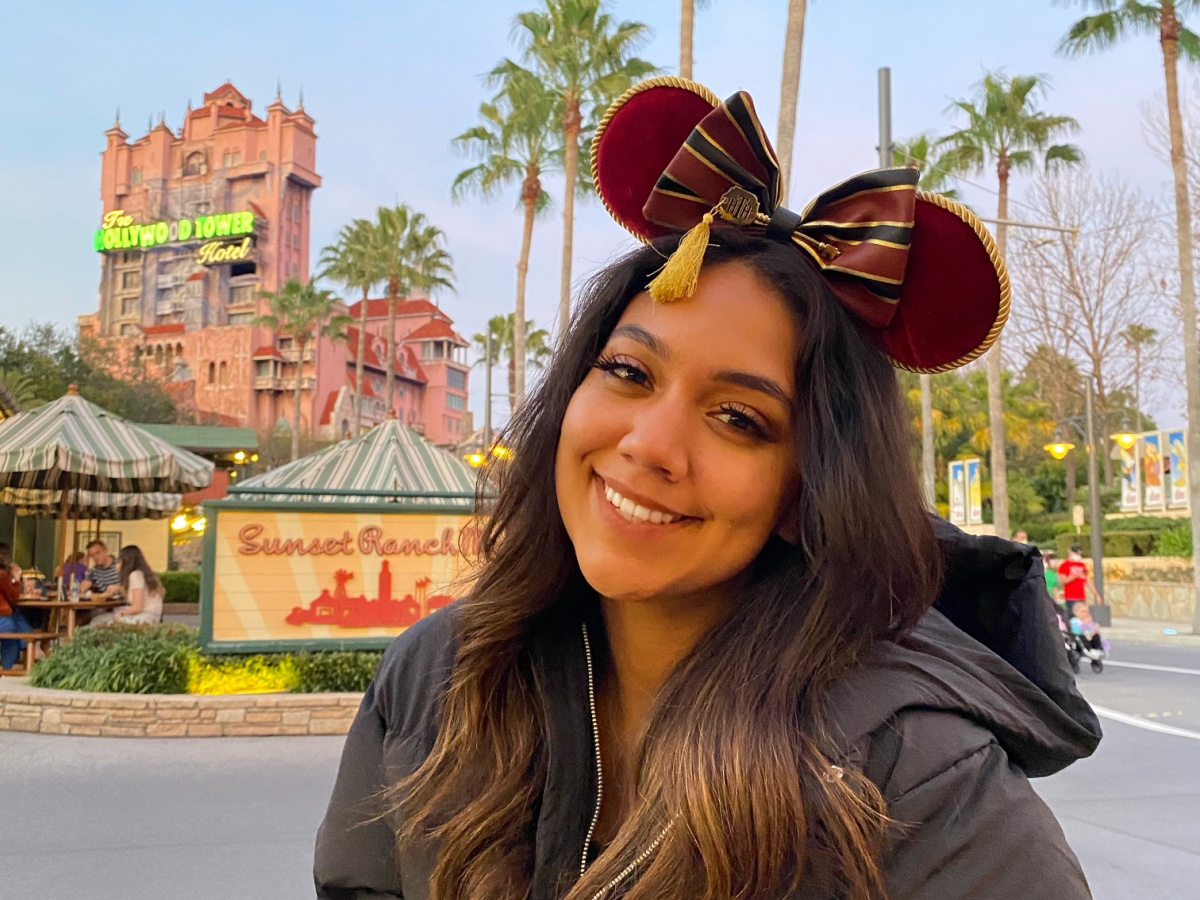 If you’re heading to Hollywood Studios and are in the mood for a Halloween feast, reserve a table at the Hollywood and Vine for either lunch or dinner. You’ll enjoy an adorable Halloween-theme experience hosted by Minnie Mouse and her friends, who are all dressed up!

You also need to stop by the Hollywood Tower Hotel, better known as Tower of Terror, on Sunset Boulevard to time-travel into the Twilight Zone. Every day is Halloween night in 1939 at this hotel!

8. Indulge in some of the tastiest treats. 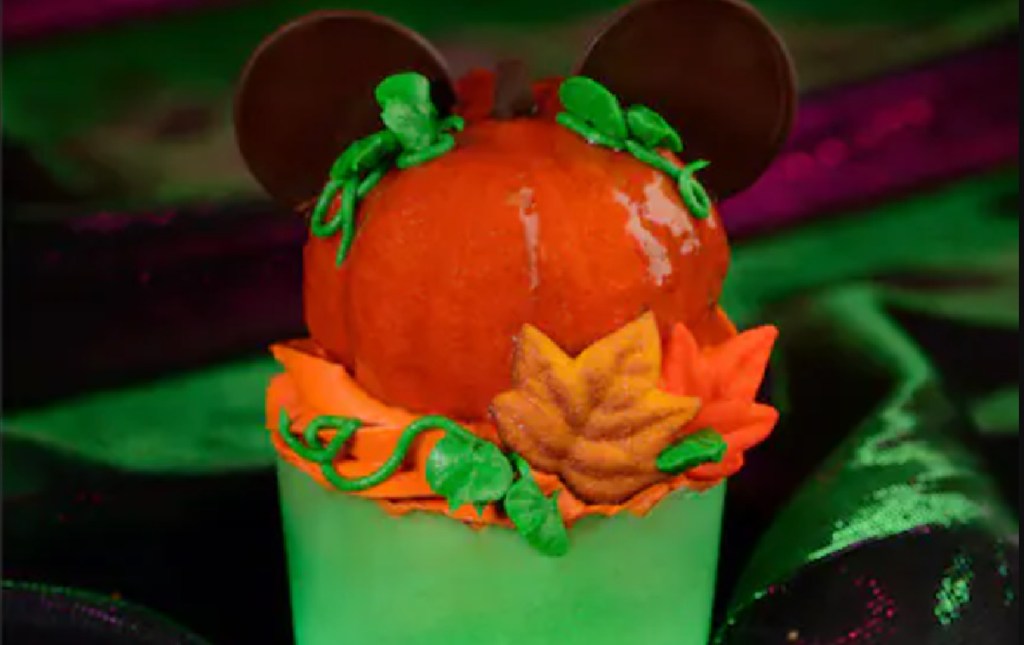 One of the best Disney World tips I can give is to enjoy seasonal goodies! There are ENDLESS terrifying treats for Halloween scattered all across Disney property. From resorts to the parks to Disney Springs, you’ll find spooky snacks and creepy cocktails just about everywhere until October 31st.

These treats are themed after tons of classic Halloween characters, including the Sanderson Sisters, Jack Skellington, the Evil Queen, and more! 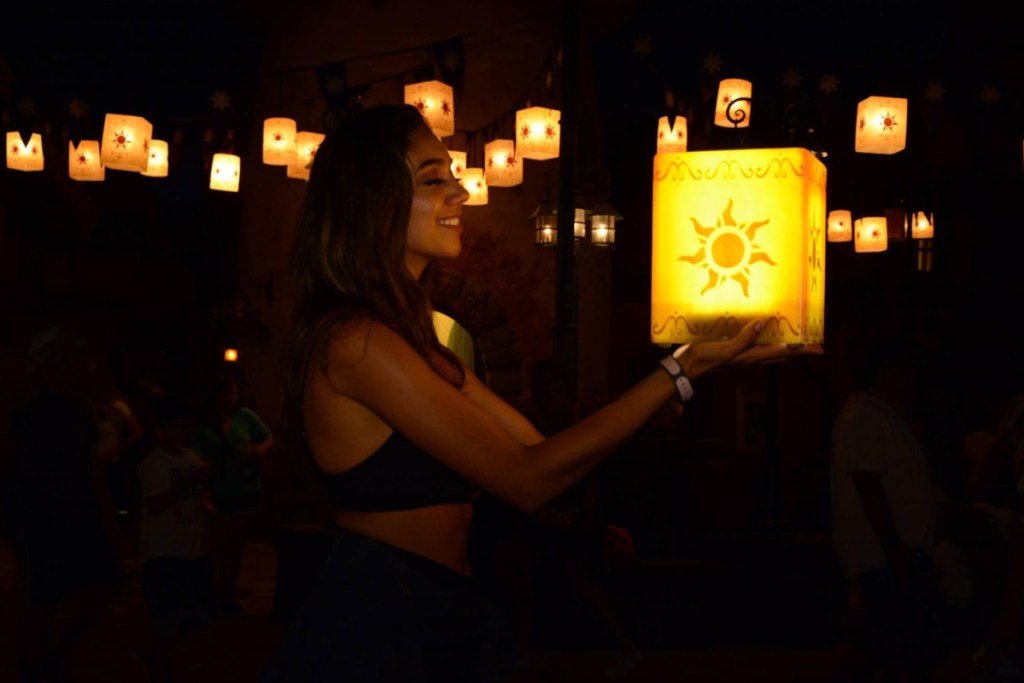 Regardless of what season you visit Walt Disney World, you’re going to create memories that’ll last a lifetime, but to me, it’s extra special during the Halloween season, this year more than ever since it’s the 50th anniversary!

We’re sharing 8 Disney Know Before You Go Tips for planning your next trip! 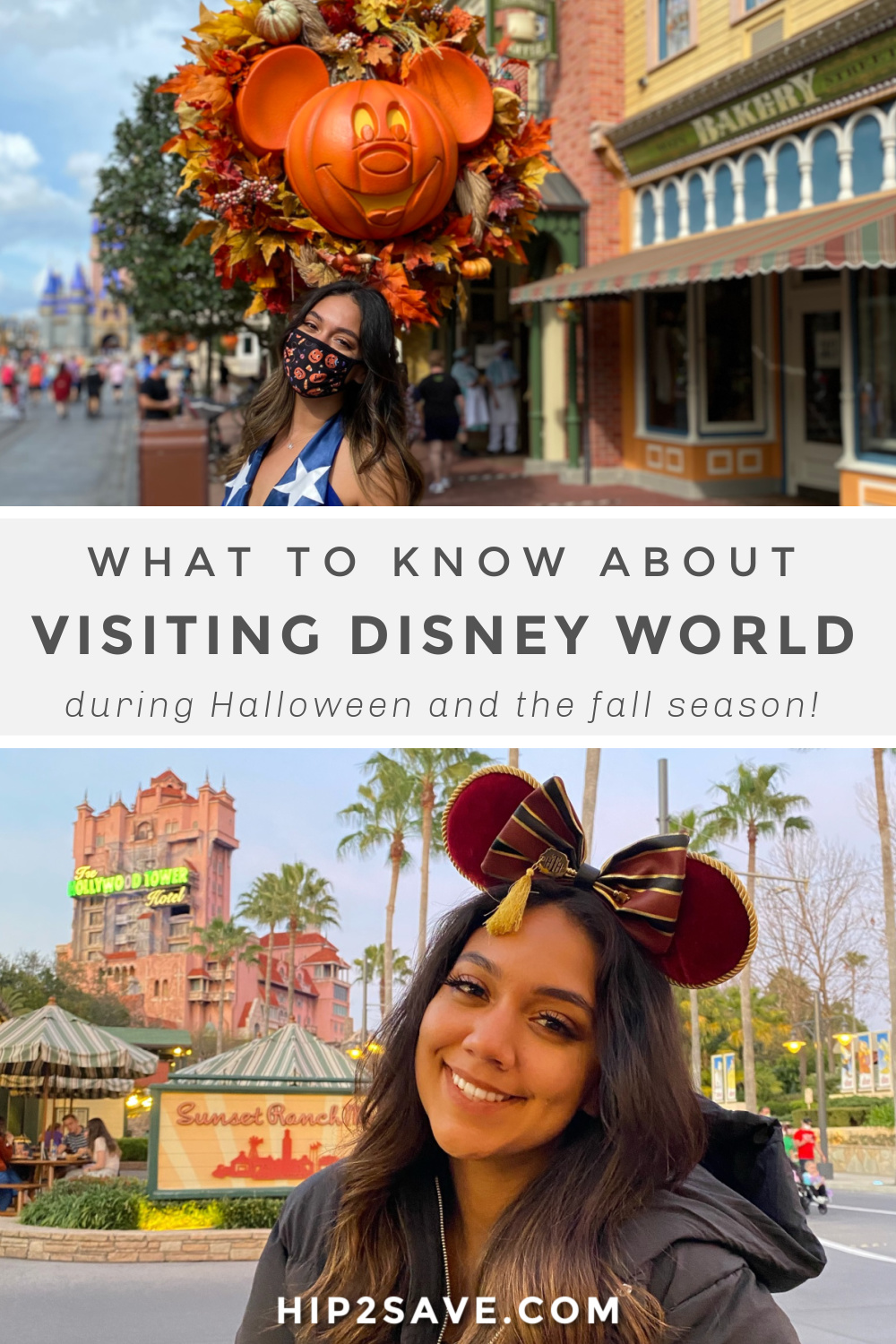 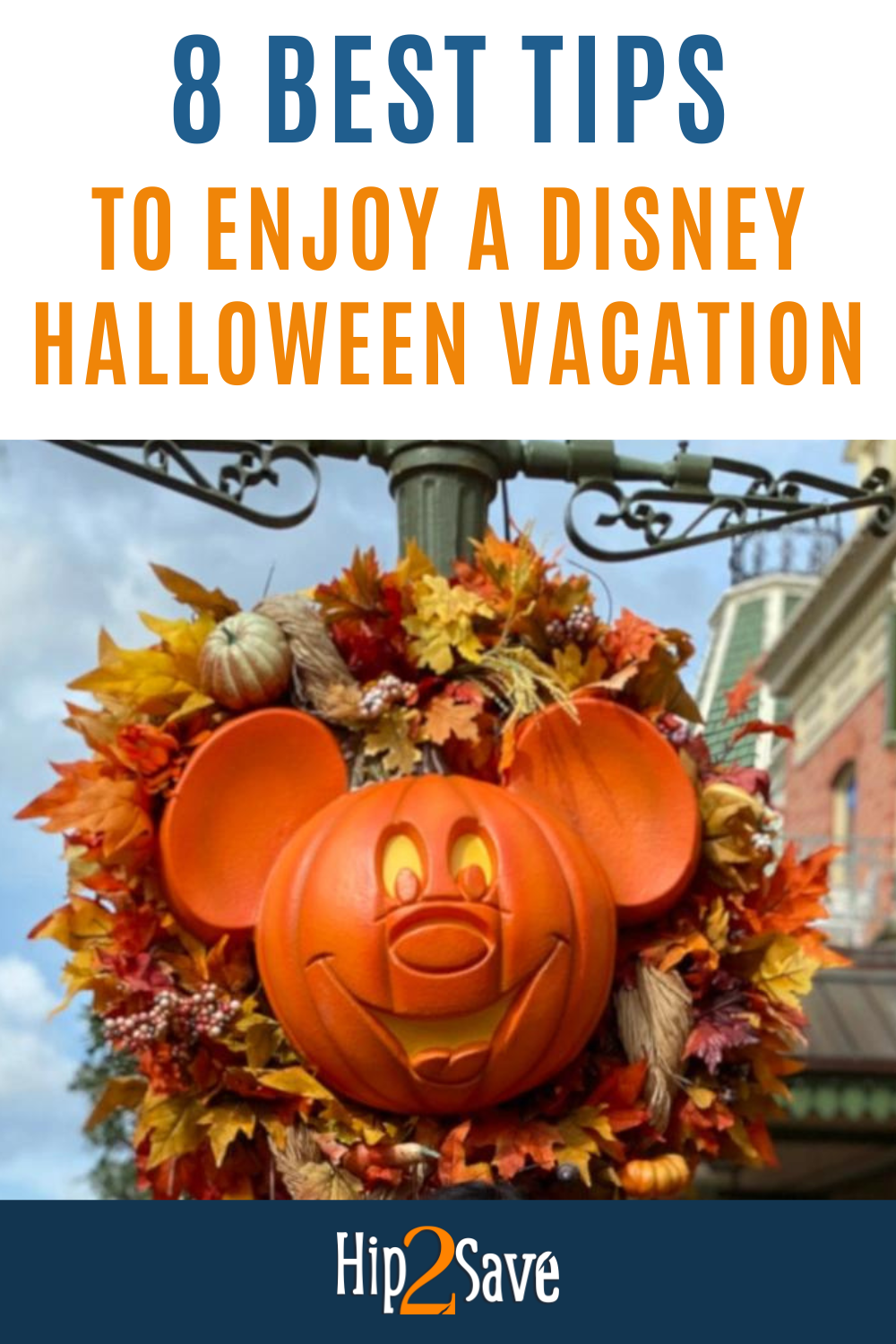