Unclaimed Baggage Is a Deal Hunter’s Dream, and Now You Can Shop Lost Luggage Online!

Everything you need to know about the online Unclaimed Baggage store. 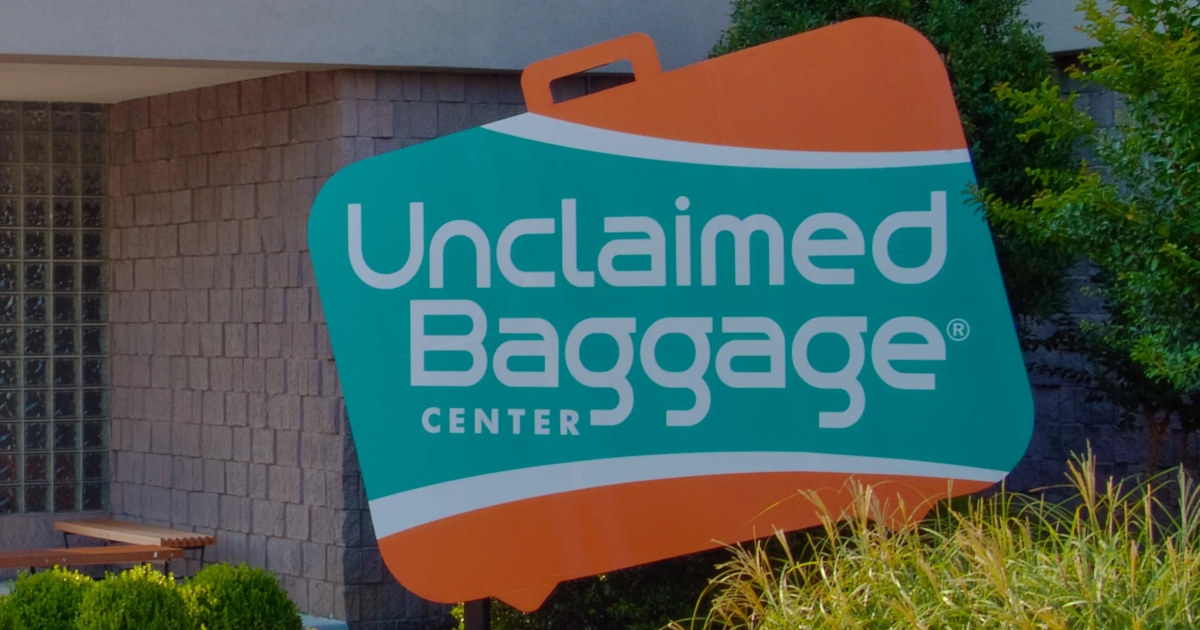 Unclaimed Baggage Center, the nation’s only retailer of lost luggage, is kicking off a belated 50 Years, 50 States Road Tour to celebrate the launch of its one-of-a-kind online store.

Located in the small city of Scottsboro, Alabama, the one and only Unclaimed Baggage Center attracts over a million treasure hunters every year. They come from all 50 states and 40+ countries to shop the gently used (and sometimes new!) contents of lost luggage. The store is located in an enormous 50,000-square-foot store that covers more than a city block. 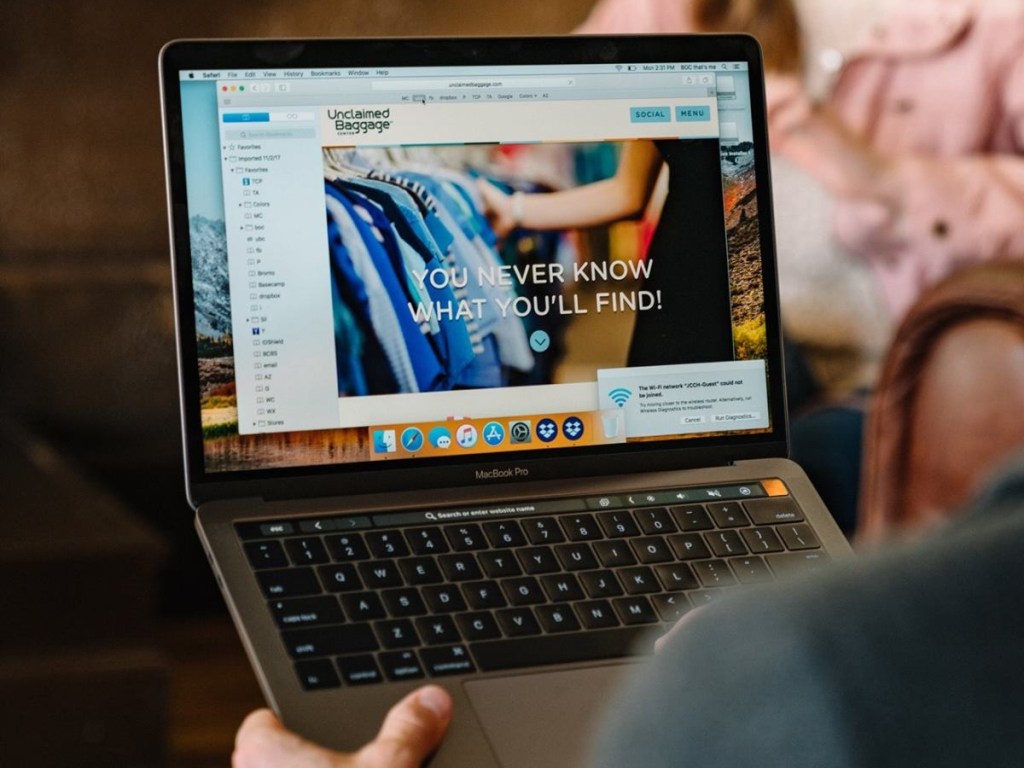 When the pandemic caused Unclaimed Baggage Center to temporarily close its doors for the first time in 50 years, it launched an online shopping experience that quickly became even more popular than the physical store. 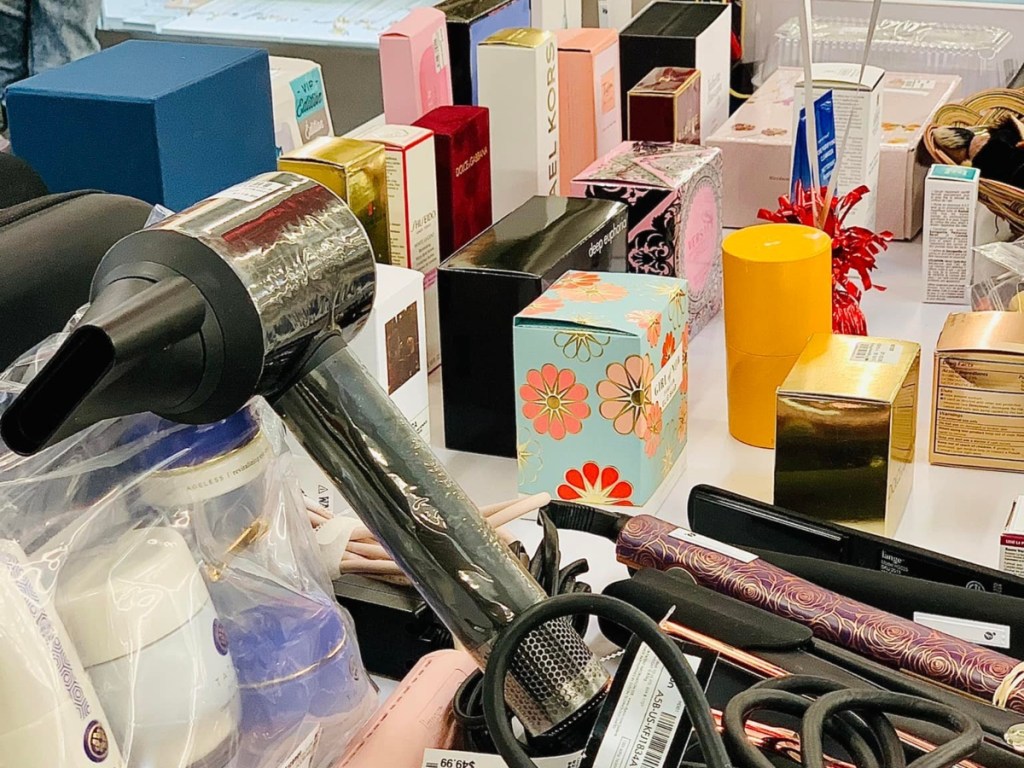 How does Unclaimed Baggage Center work?

At first, a business that profits from selling other people’s lost belongings sounds a bit problematic. But after learning more about how the process works, many shoppers feel differently.

This unusual retail model starts when a suitcase gets lost in transit. When this happens, airlines and other travel companies conduct an extensive 90-day baggage tracing process. This search is unsuccessful only 0.03% of the time, leaving a small percentage of bags “orphaned.”

If the owner of a suitcase can be located but the bag can’t be returned for some reason, the airline compensates the owner for their loss. Then, Unclaimed Baggage Center buys the orphaned bag and gives it a second life by selling, recycling, or donating the contents via its Reclaimed for Good Foundation. 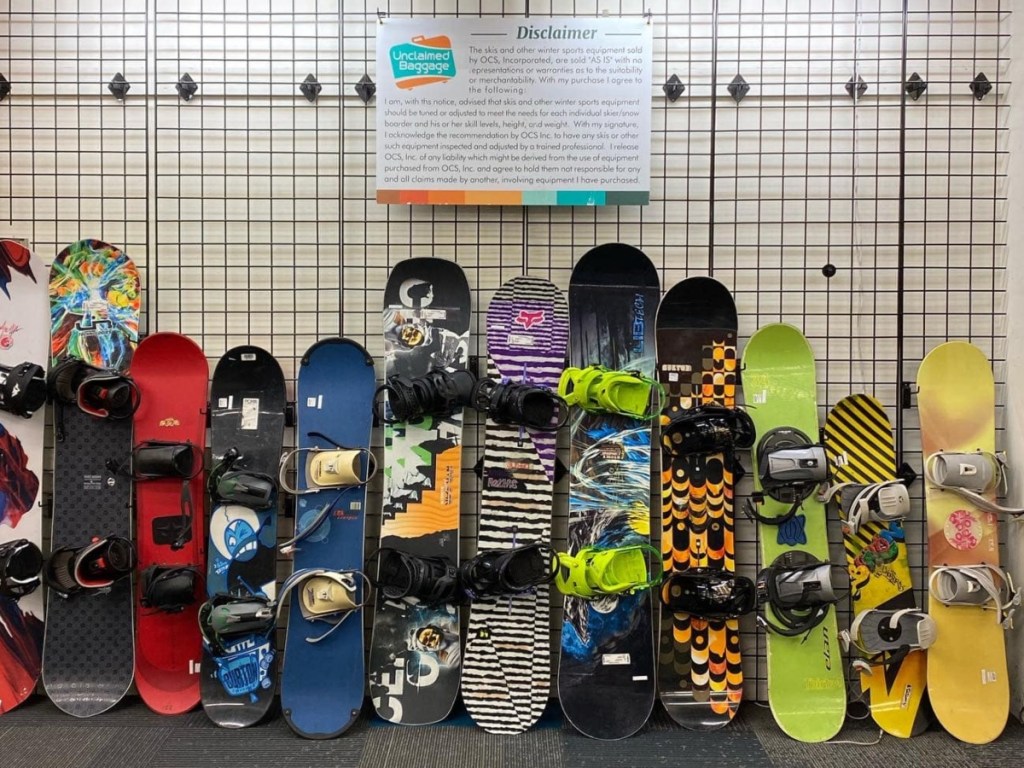 On average, Unclaimed Baggage stocks nearly 7,000 new items daily in-store. It adds 4,500 new items weekly to its online store. On any given day, you could find a deal on quite literally anything, including designer clothing, electronics, sporting goods, musical instruments, vintage concert tees, and even exotic treasures like a 40-carat emerald!

If you’re shopping online, shipping is free on orders over $75. If you see something you like, you’ll want to grab it fast! The Unclaimed Baggage online shopping experience is similar to thrift store shopping, so most of these items are one-of-a-kind finds.

With that in mind, here’s a look at a few of the treasures we found available on UnclaimedBaggage.com today:

Straight Ahead is an exclusive brand that only sells its professional-grade hair styling tools to salons and other businesses. Not only are these products hard to come by (unless you own a salon), but they’re pricey, too!

This gently used iPad Pro is in good condition with very minimal signs of use. It’s fully unlocked and comes with the charger, too. Best of all, it’s 48% off the estimated retail value of $1,000! 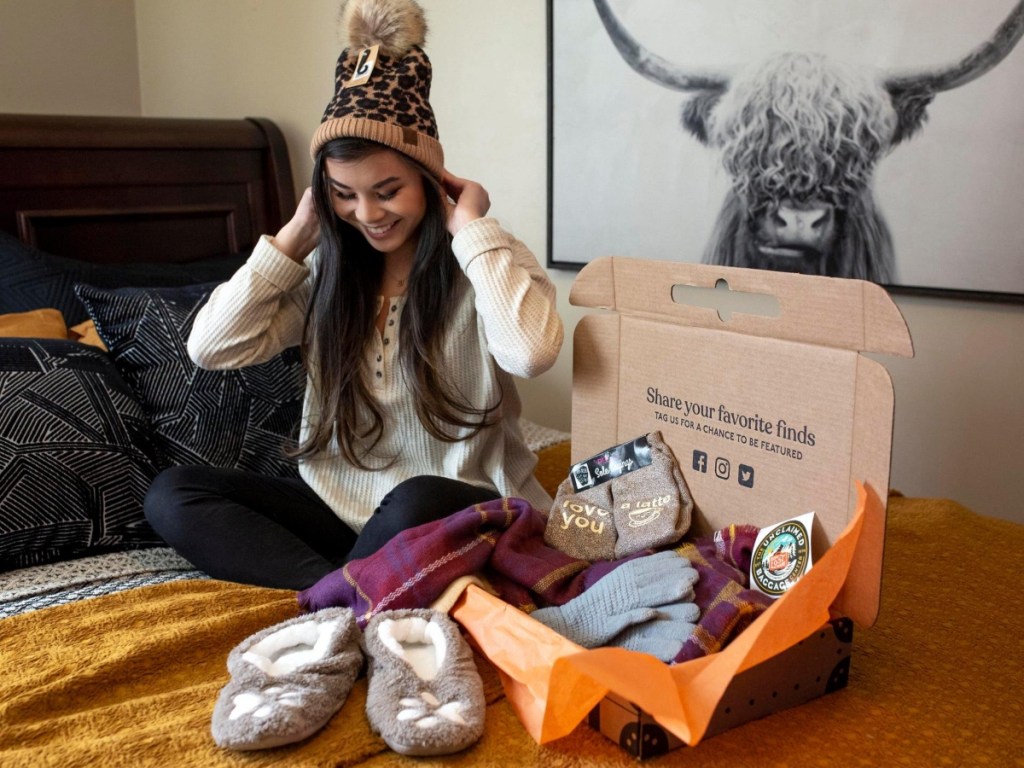 Unclaimed Mystery Bags are both a hot deal and a fun surprise all in one! Pick a category like belts, winter accessories, or clothing, and you’ll get an assortment of items shipped to your door at a serious discount.

We’re loving the Hydro Flask/Thermoflask mystery bag, which gets you three of these high-end products for just $15! 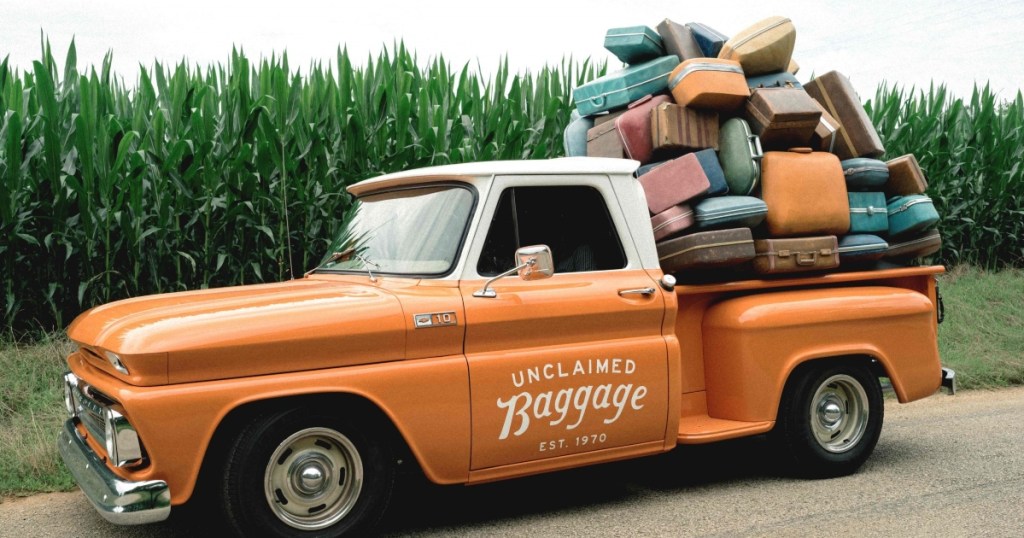 In addition to inspiring the Unclaimed Baggage online store, the pandemic also forced the delay of the store’s “50 Years, 50 States” road tour.

The tour was initially scheduled for March 2020, but has been rescheduled with a new start date of May 6, 2022. Led by “Hugo,” the restored 1965 Chevrolet truck named after the store’s founder, the 14-week “50 Years, 50 States” road tour will bring games, prizes, and some unexpected fun to fans of Unclaimed Baggage in all 50 states. 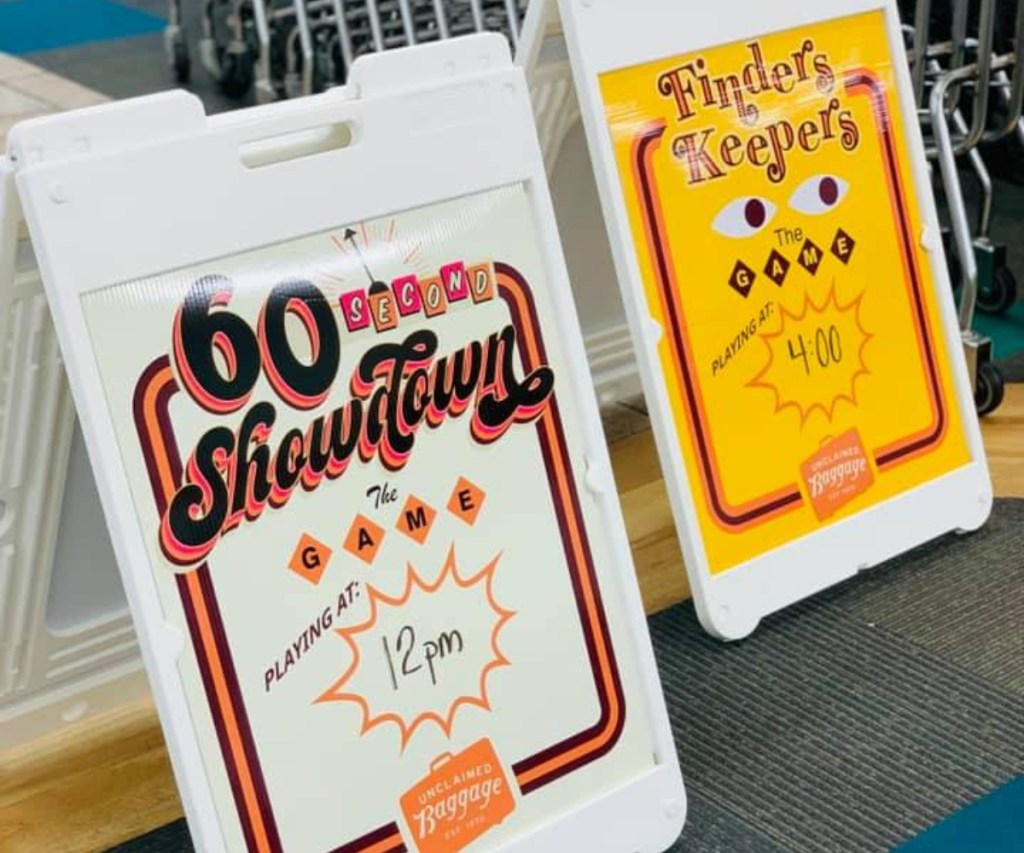 The Unclaimed Baggage tour will include a range of fun experiences for all ages.

There will be a Museum of Oddities, virtual pop-up shops, and fan-favorite games, like Finders Keepers and Bag Openings, where customers see firsthand what it’s like to sort through an unclaimed bag.

For more information on Unclaimed Baggage’s “50 Years, 50 States” road tour, you can visit the tour’s website here. You can also track its progress by following #50years50states on social media.

Save big money at your local Goodwill store with these clever shopping tips!