Have You Heard of the Pink Tax?

The Pink Tax causes women to pay more money for the same products as men. 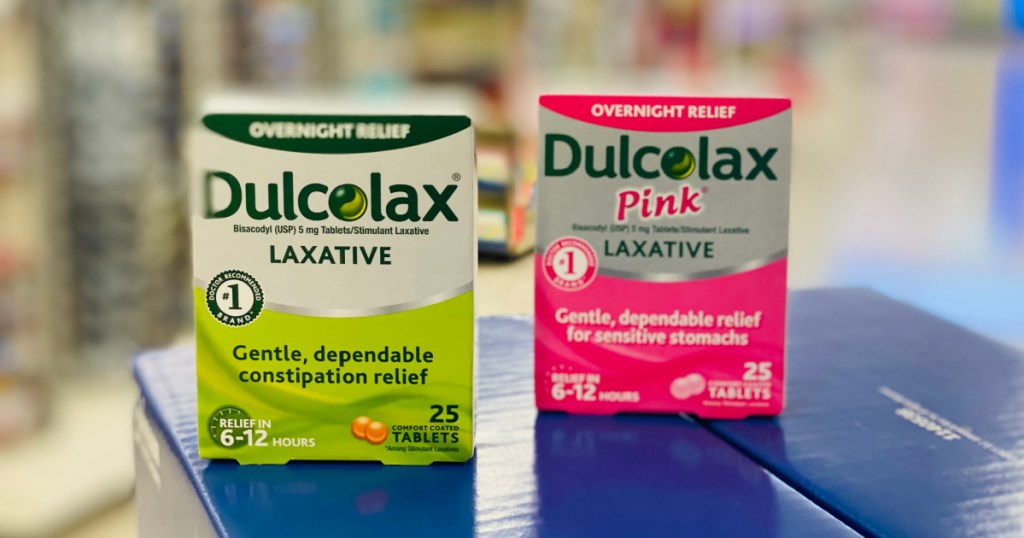 We’re sharing what you need to know about the Pink Tax!

Whenever I go to the store to buy products, I always notice the way they’re categorized based on gender. Nothing says “feminine products” like pink and pastel colors along with some sparkles, while “masculine products” tend to have darker colors. In many instances, it’s the same product, but the color isn’t what stands out to me… it’s the price tag, known as the Pink Tax.

Currently, 27 states tax additional charges for menstrual products on the basis that they’re not considered necessities, despite half the population of this planet experiencing it.

To give you a better idea of this Pink Tax, imagine giving a tax exemption for chocolate bars, but having a tampon tax; that’s California. What about a tax exemption on chewing gum, but having a tampon tax? That’s West Virginia. How about having breakfast cereal tax-free, but taxing tampons? That’s Washington State! The list, categorized explicitly and individually by TaxFreePeriod.com, goes on, and the absurdity continues. 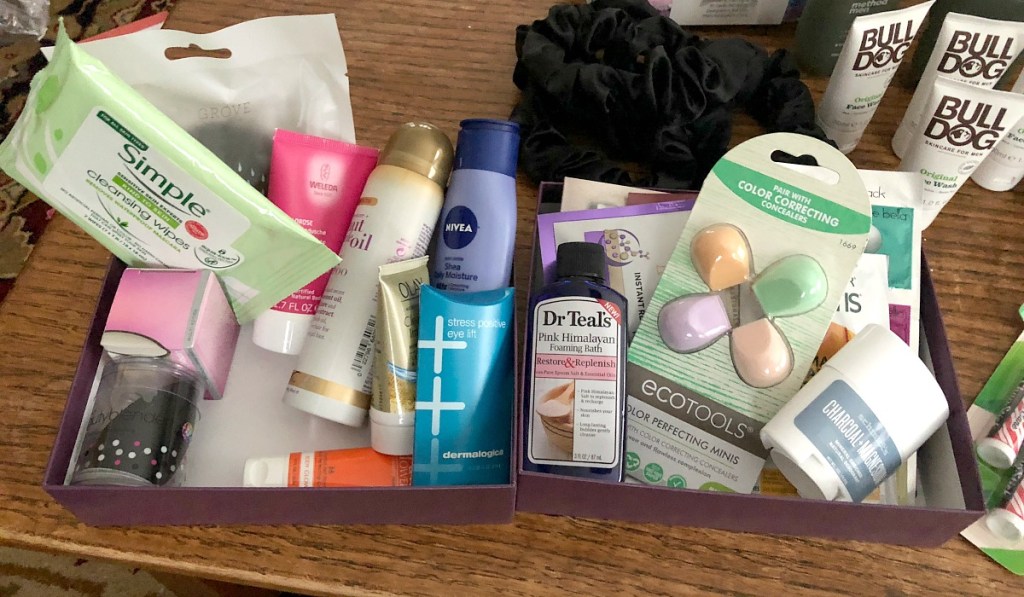 The Pink Tax affects more than you think!

You may have thought the Pink Tax is exclusively applied to menstrual products, but the list goes on. From children’s toys to personal care products, pretty much anything aimed at females has been subject to being marked with a higher price than males, and you may be wondering…why?

There’s no exact reason for the Pink Tax, but it’s how females pay more for products that are marketed for them, as opposed to male products. I mean, the list is endless. They even sell pink laxatives (and if it wasn’t clear, they have the same active ingredients as the non-pink ones) but used to be sold at a higher price! They have since fixed this and we were excited to see that now the pink laxatives are the same price as the ones in the green packaging.

Health insurance companies got away with using the Pink Tax to charge women more than men for insurance due to women going to doctors more often, namely for reproductive purposes. Luckily, this was overturned with the Affordable Care Act in 2010, which prevents health insurers from routinely charging women more than men. 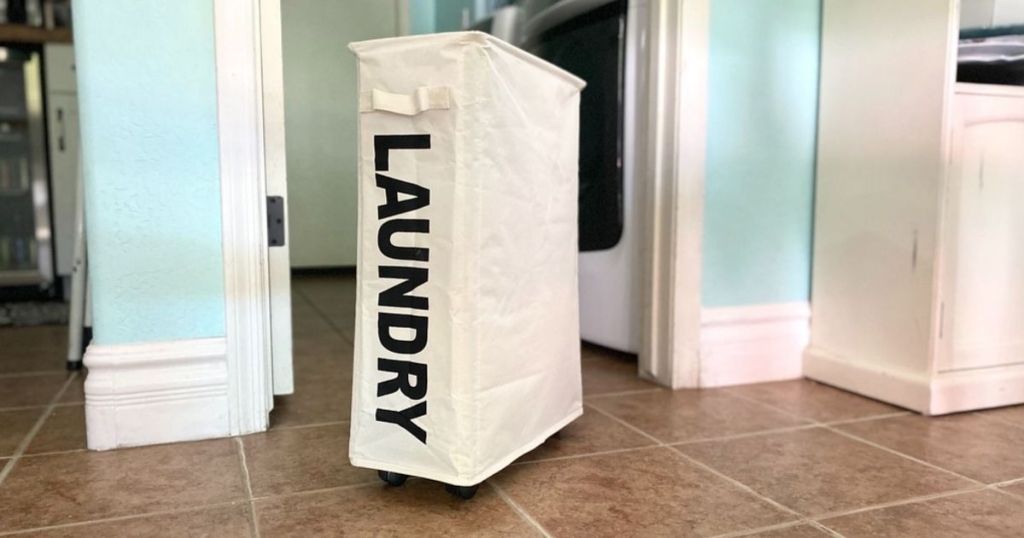 Dry cleaning is another industry heavily impacted by the Pink Tax. In New York state, for example, it’s legal for a business to charge more for a service if it costs more to provide, but it’s up to the individual business to decide their own interpretation of this meaning. Dry cleaning uses this justification to get away with charging women significantly more than men, sometimes by three to five times, for a simple shirt. You may be wondering, how does it make sense for less fabric to generate a higher price tag? It doesn’t, but it’s happening across the world!

On a positive note, many retailers are feeling the heat from upset consumers over the glaring issues associated with the Pink Tax, so while this issue still remains relevant, there has been a slow shift to level out the price discrepancies we’ve seen in the past. While it clearly doesn’t apply to every product women need, there are some ways to get around the Pink Tax with everyday items.

Here are some ways to avoid the Pink Tax: 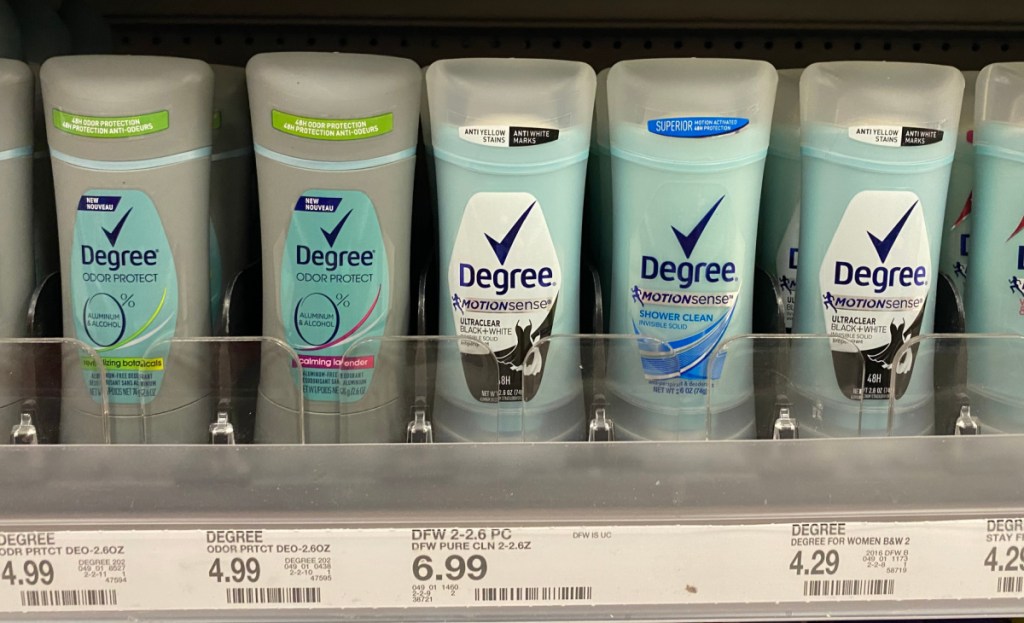 The price of women’s deodorant is a prominent result of the Pink Tax. Because of the range of scent options offered, brands tend to prioritize developing more scent options, not necessarily masking body odor.

Personally, I find that whenever I use women’s deodorant, I’m constantly reapplying throughout the day. Men’s deodorant focuses on higher active ingredients, causing it to last longer. It’s also normally cheaper by the ounce, so, if you’re not too picky about the scent of your deodorant, consider purchasing a men’s one. 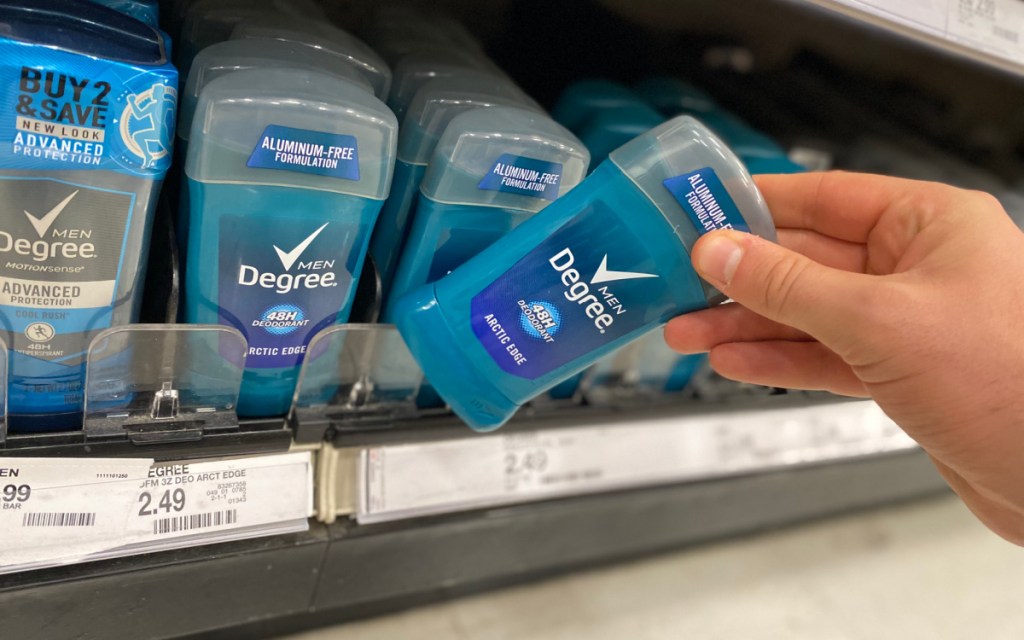 2. This pink vs blue backpack will cost you almost a $5 difference. 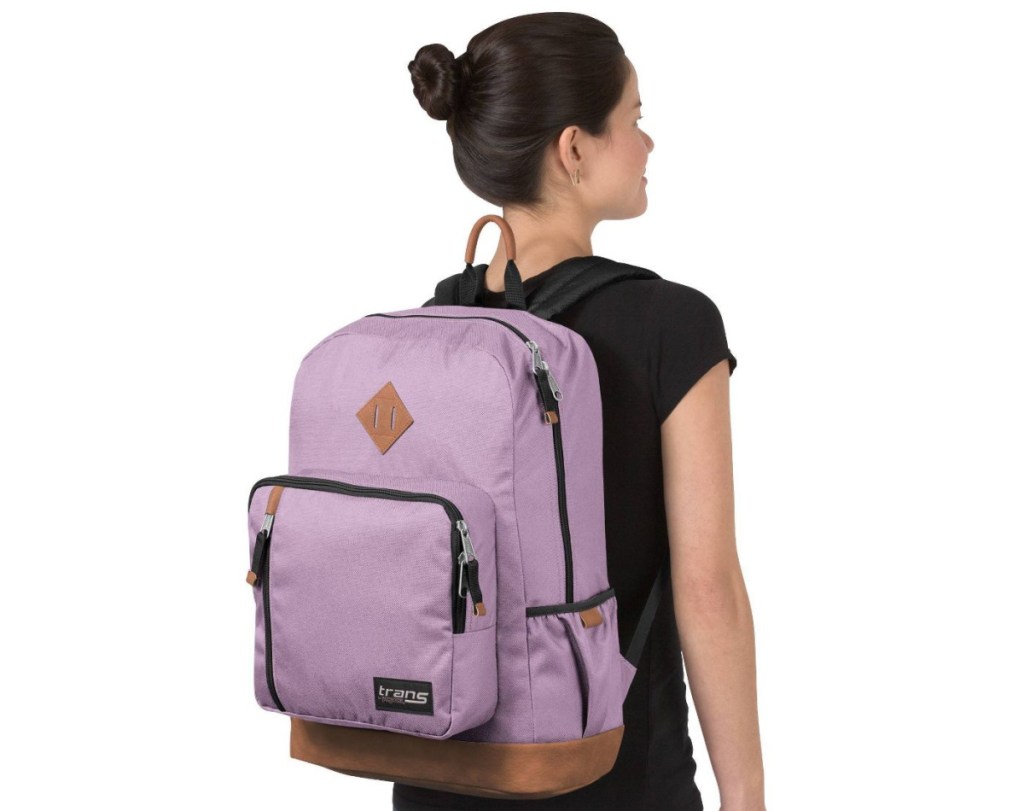 Sigh, yes, it’s true; the pink tax can affect items that are literally pink versus blue. Looking at this backpack, you’ll see it comes in two colors: Navy and Smokey Grape (Pink). Currently, the navy one is on sale for $4.50 less, but, if it’s the same backpack, why aren’t they both on sale? 🤔

I promise that the color of your backpack doesn’t define femininity, so, if you’re just looking for a reliable bag, consider the navy one. 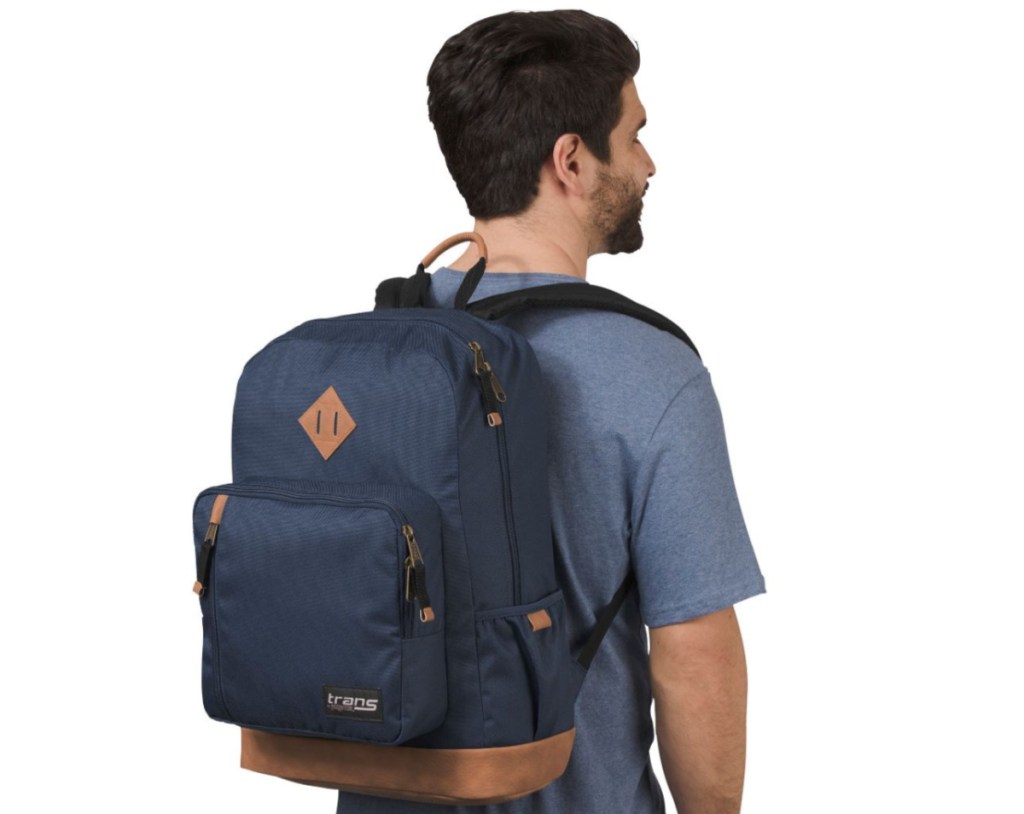 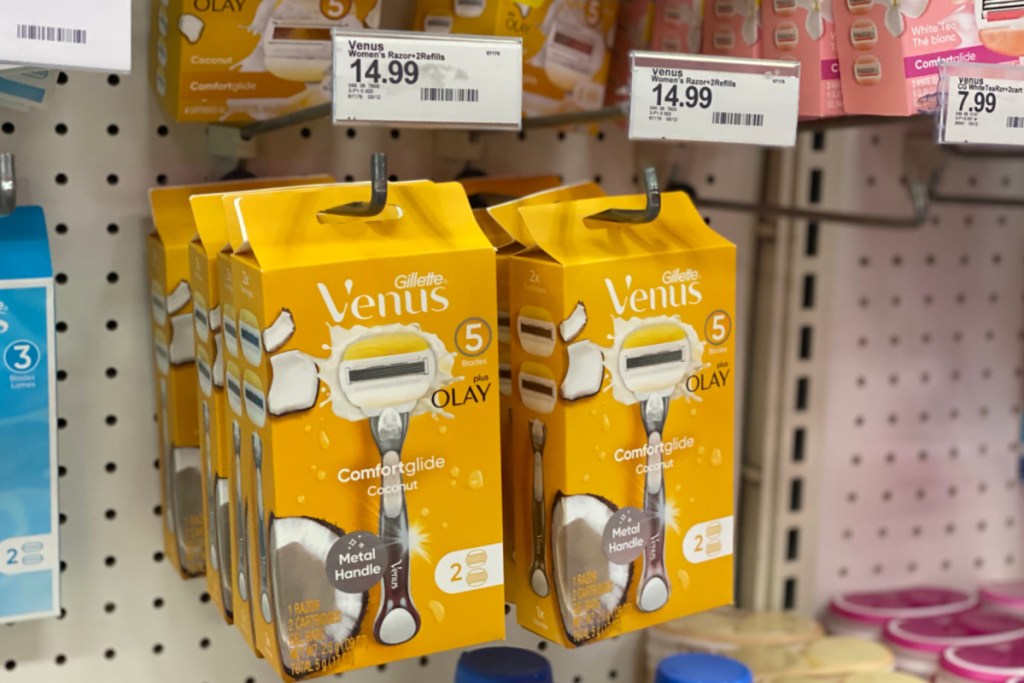 If I’m being honest, I only buy men’s razors. Not only because they’re significantly cheaper, but they usually focus on making the blade more effective to easily glide along any part of the body. Comparing Men’s Gillette razors to Women’s Venus (same manufacturer), the men’s razors are easier to use, last longer, are of greater quality, and are cheaper. 👏 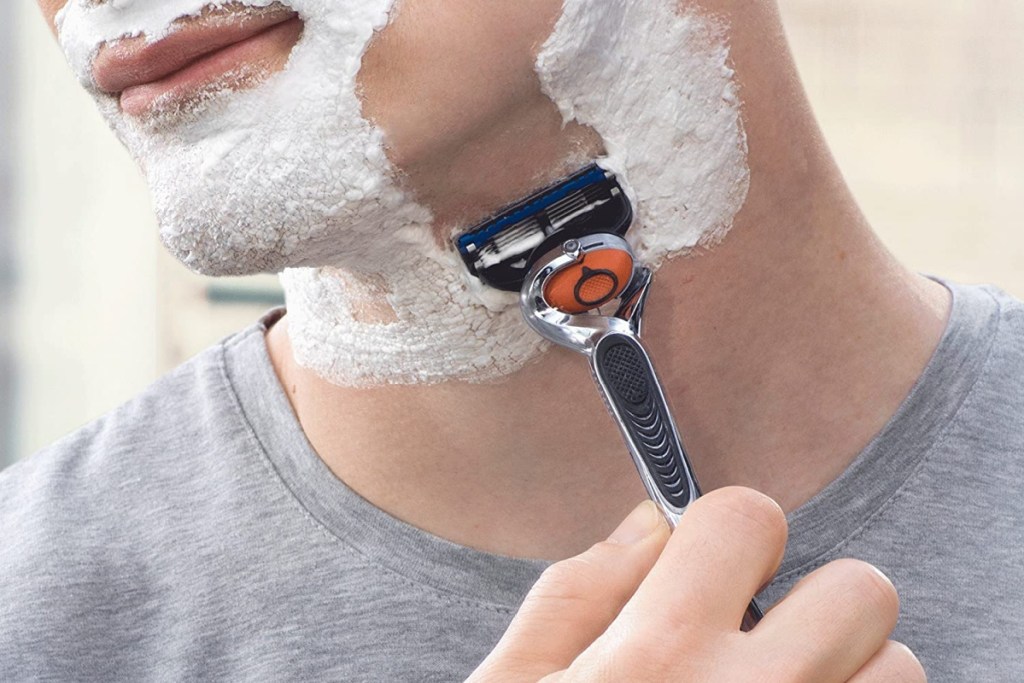 4. Save $30 by purchasing this charcoal color kitchen playset versus the pink one. 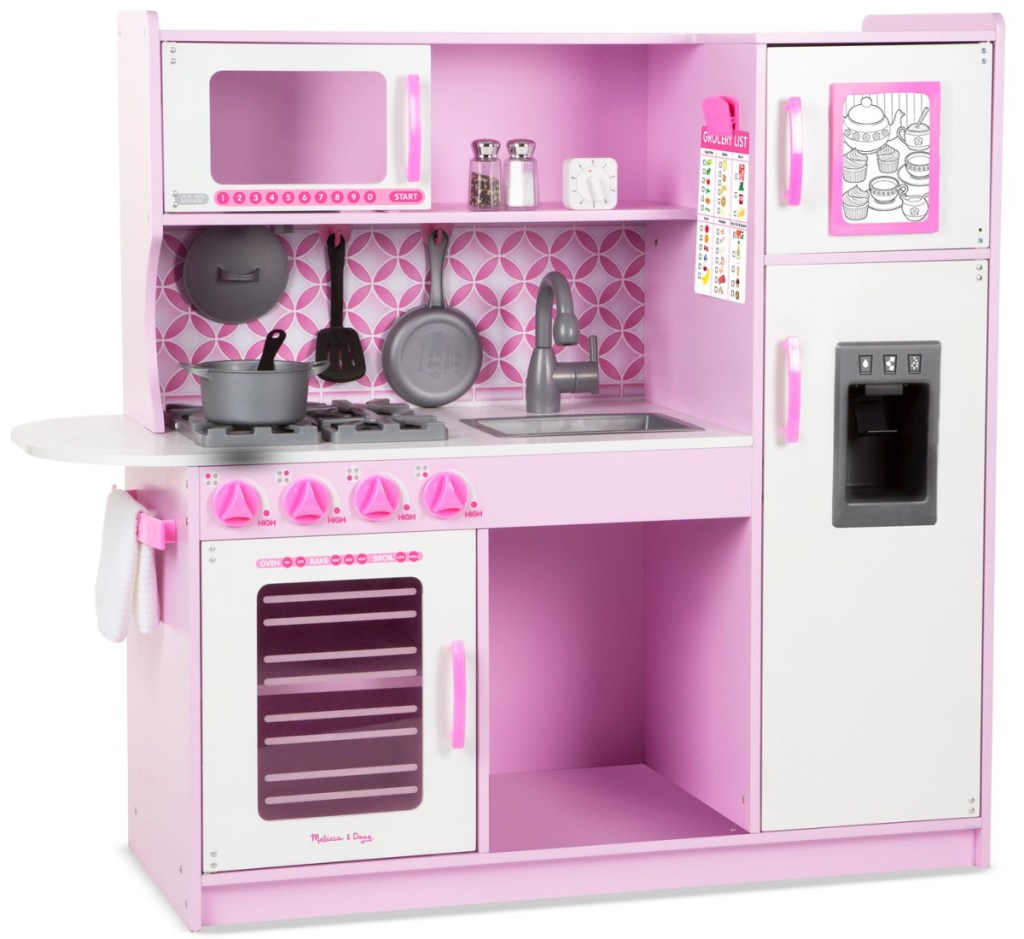 Toys have been an industry greatly affected by the Pink Tax. A study conducted by the New York City Department of Affairs stated that toys for “girls” are up to 13% more expensive than the same toys for “boys” with the only difference being the color. This play kitchen for kids is almost identical aside from the pink one being significantly more expensive. It has no additional features; it’s just pink. 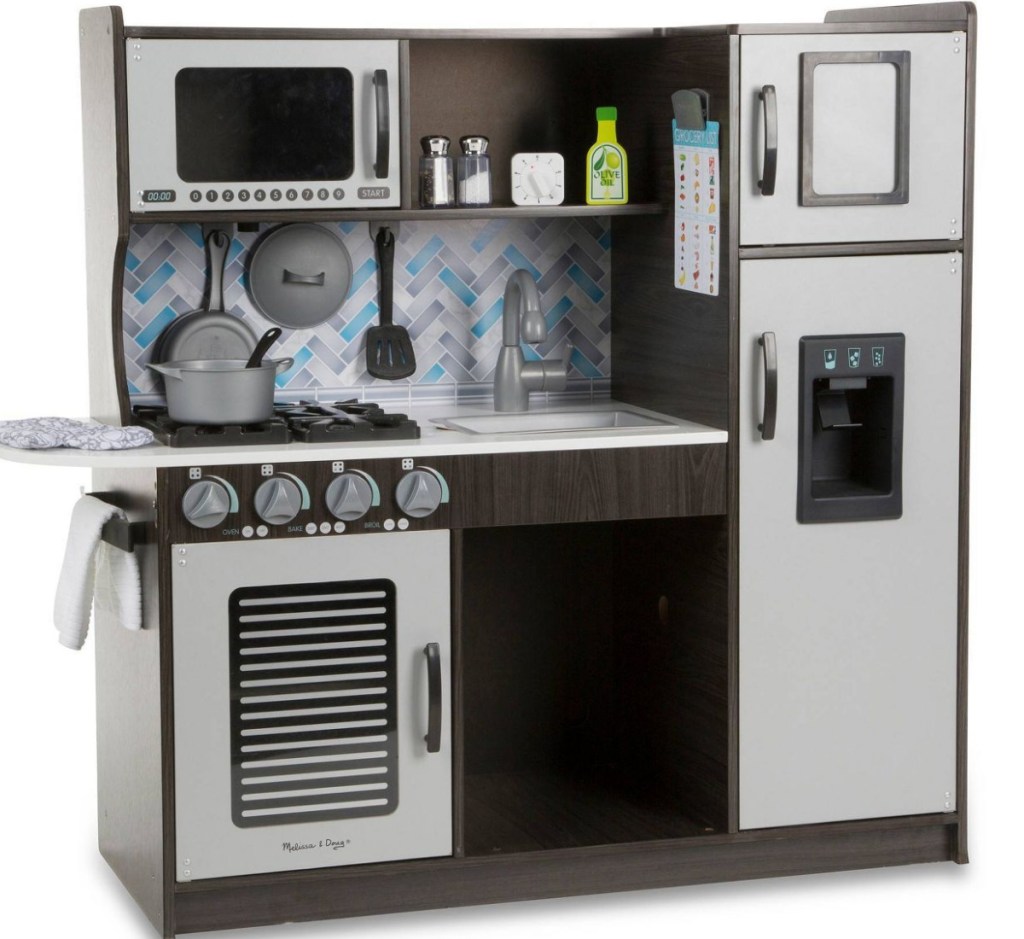 5. Basics save you so much money when you buy them from the men’s section instead of the women’s. 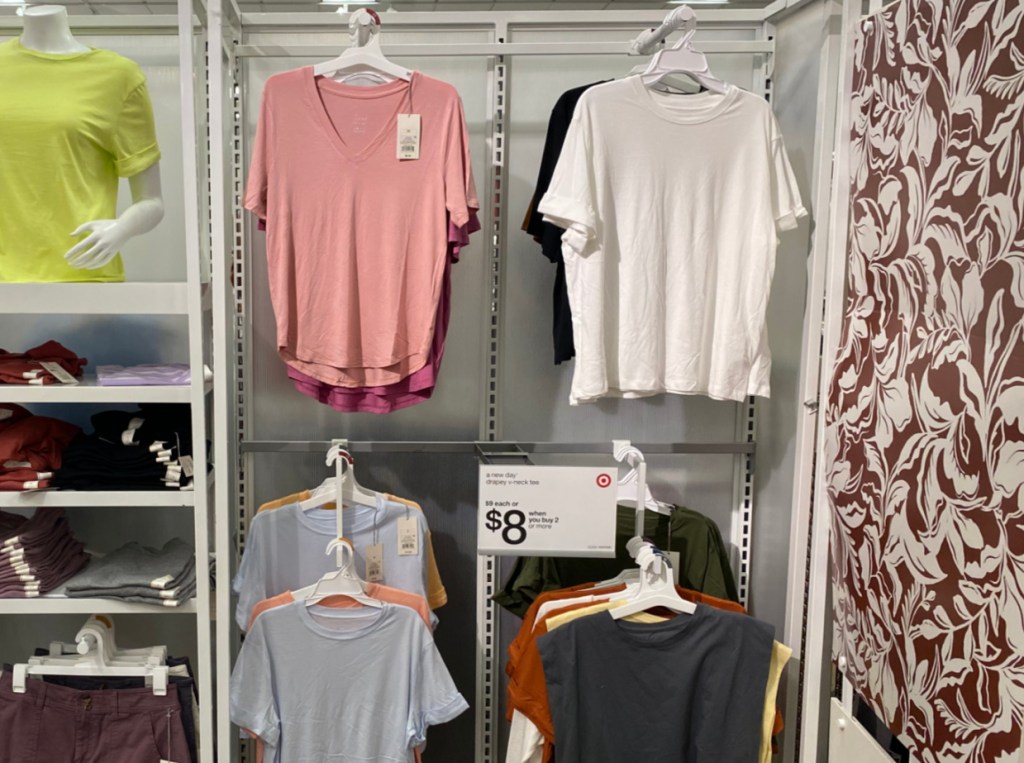 Not every woman is going to find herself shopping in the men’s section often just to avoid the Pink Tax; however, it can be a great place to look for unisex pieces. Basics for women such as t-shirts and tank tops tend to be thinner and sometimes see-through. If this bothers you, look in the men’s section next time, which has similar pieces typically at a lower price. 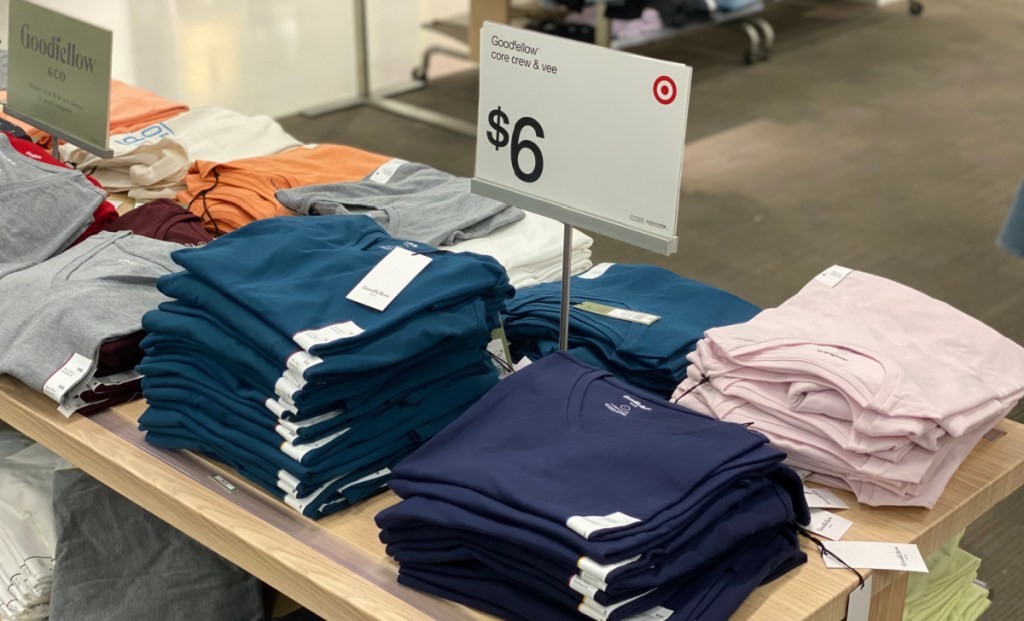 6. Avoid the unnecessary $10 difference with this Push Car for toddlers. 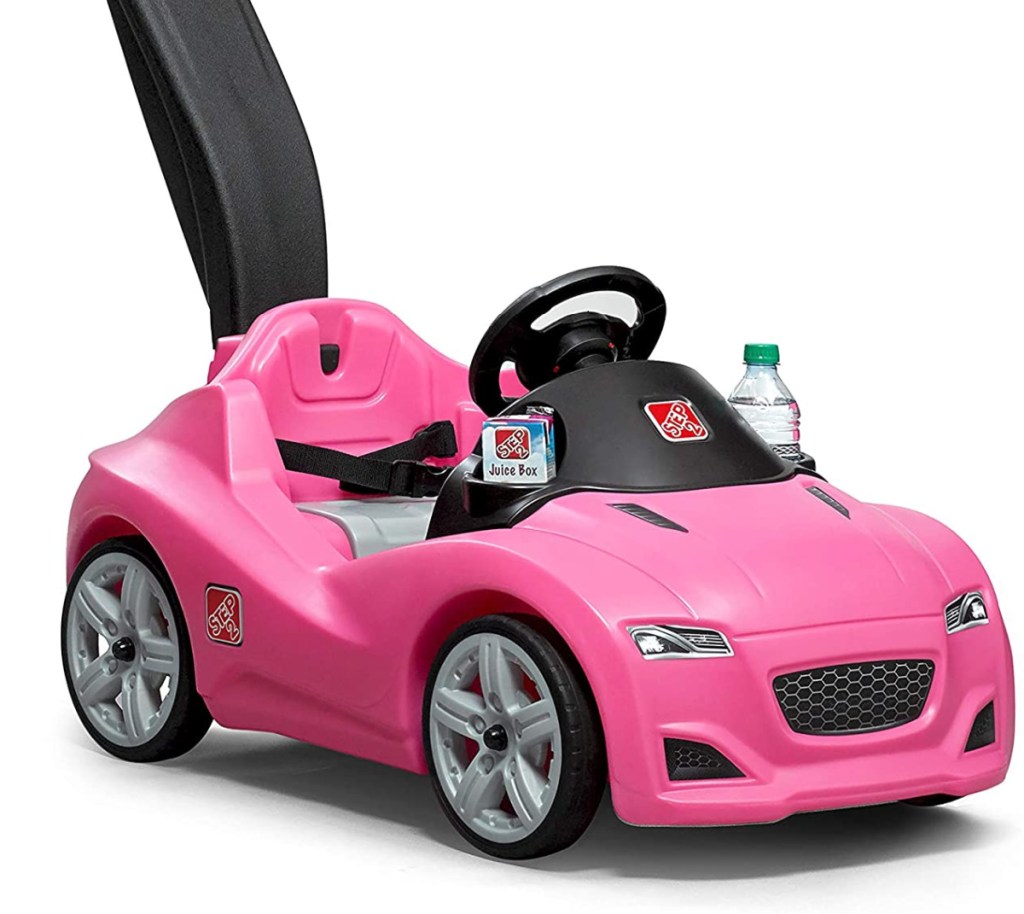 Whether it’s pretending to cook in a play kitchen or feeling like they’re driving on the highway, kids love having toys that make them feel like mini-adults. The Step2 Whisper Ride Cruiser Push Car is a great way to travel with your kiddo while entertaining them. It comes in two colors, pink and red, but, if your little one wants the pink one, be prepared to spend $10 extra. 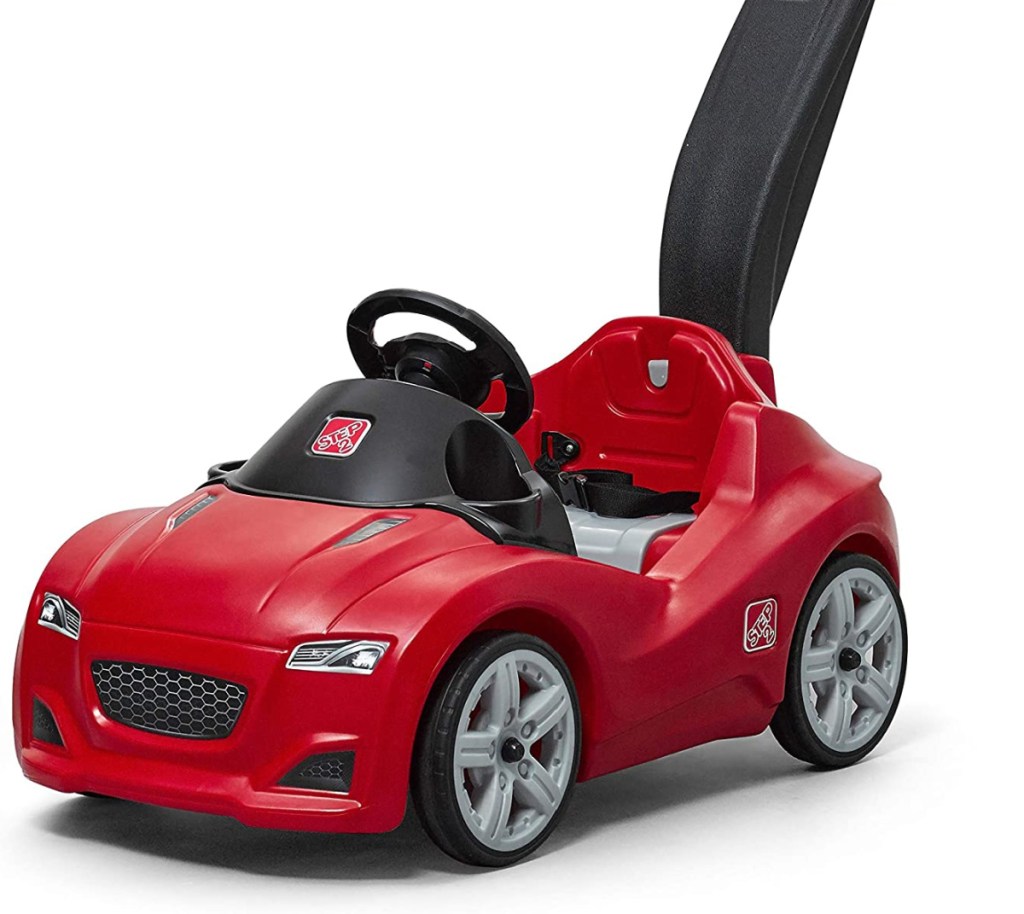 7. Save your pockets from going too deep with women’s shaving gel by using men’s. 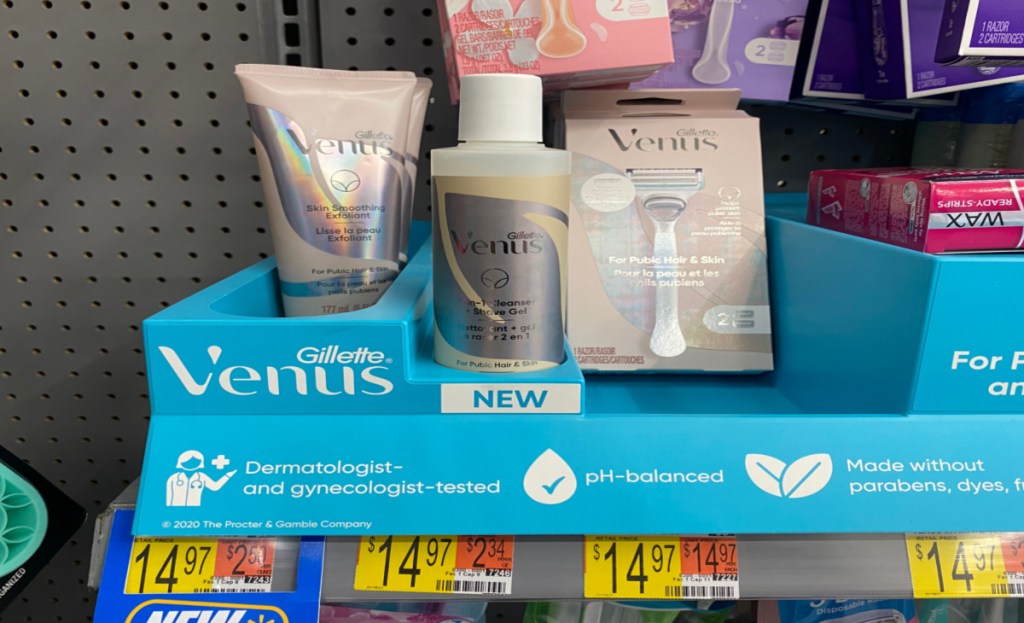 For me, I prefer using shaving gel instead of shaving cream since there’s a built-in moisturizing effect. Most women’s shaving gels are more expensive because they’re marketed simultaneously as being a body wash, but I find men’s shaving gel is just as effective and significantly cheaper. 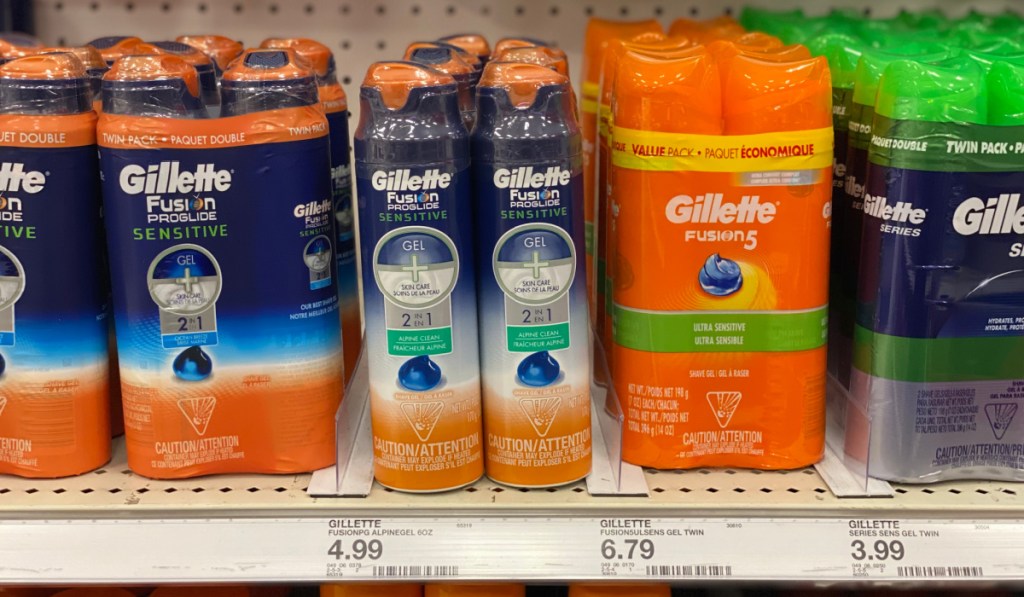 8. Get around the additional charge for this infant toy by purchasing the blue option. 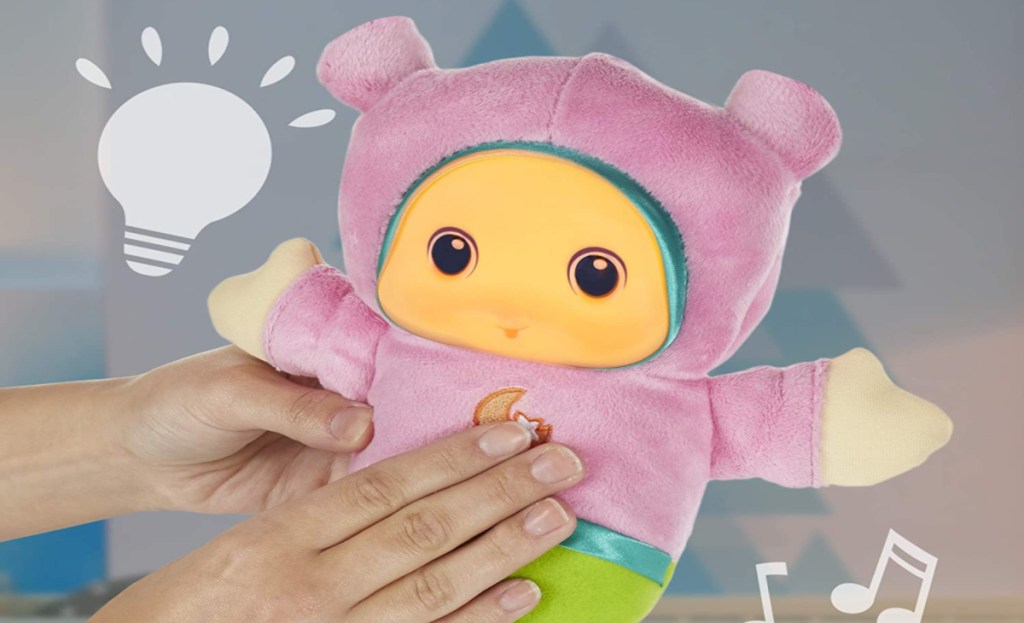 Unfortunately, even your newborns can potentially feel the wrath of the Pink Tax. The Playskool Play Favorites Lullaby Gloworm Toy charges $2 to $3 more for the pink one compared to the blue one. Yes, it’s just a couple of dollars, but the doll isn’t even different; the color of the outfit remains the sole difference. Having a newborn is expensive as it is, so is it really necessary to spend extra just for a different color? 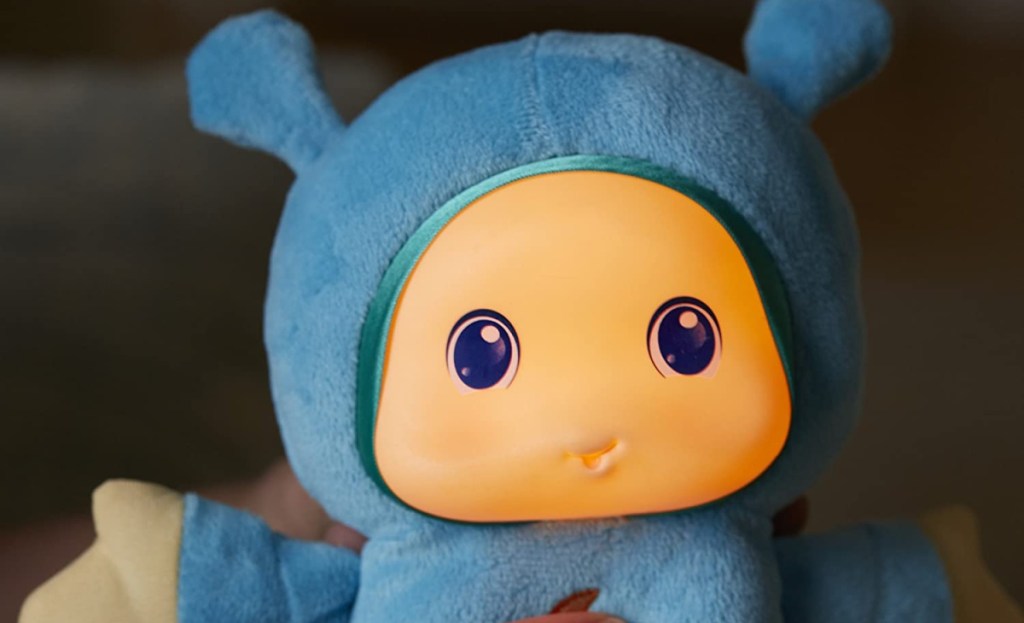 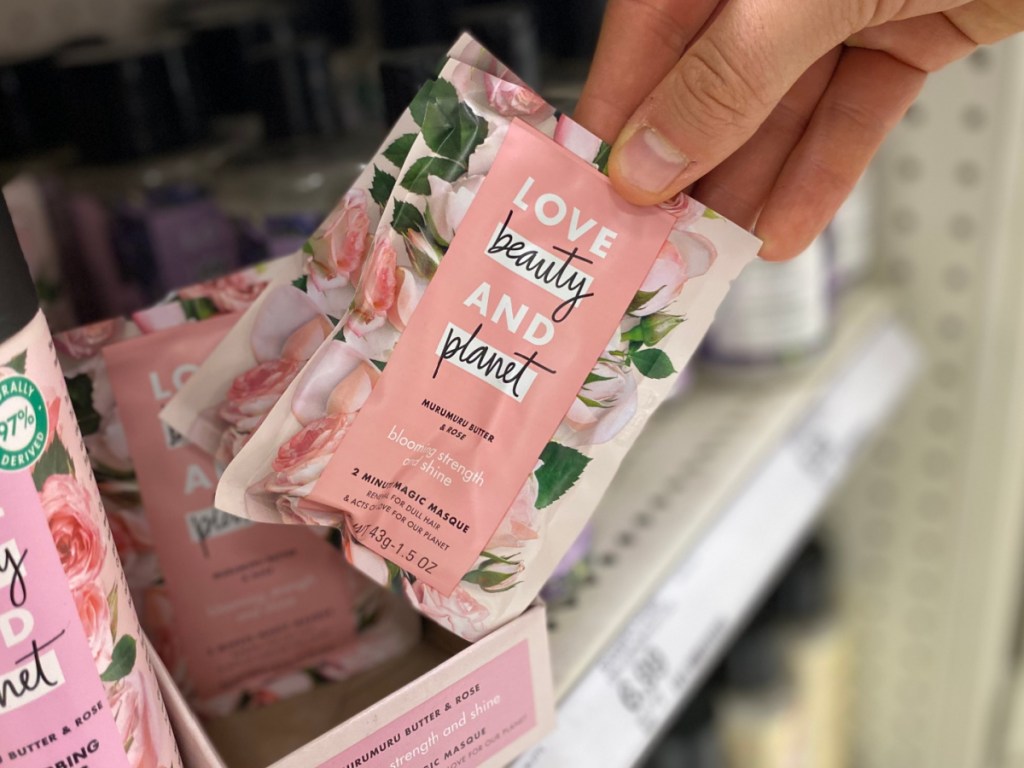 It all comes down to preference, and, if you prefer your “Pink” products and think it’s worth it, you do you! Even though there’s still a long way to go, you can take comfort in knowing that this rising issue of the Pink Tax is getting more awareness so here’s hoping we see these prices level out for everyone. 💕

Stay informed, and don’t fall for this Amazon Scam!

Submit Receipts on the Fetch App to Earn Gift Cards (+ Our Referral Code Gets You a $4 Reward!) 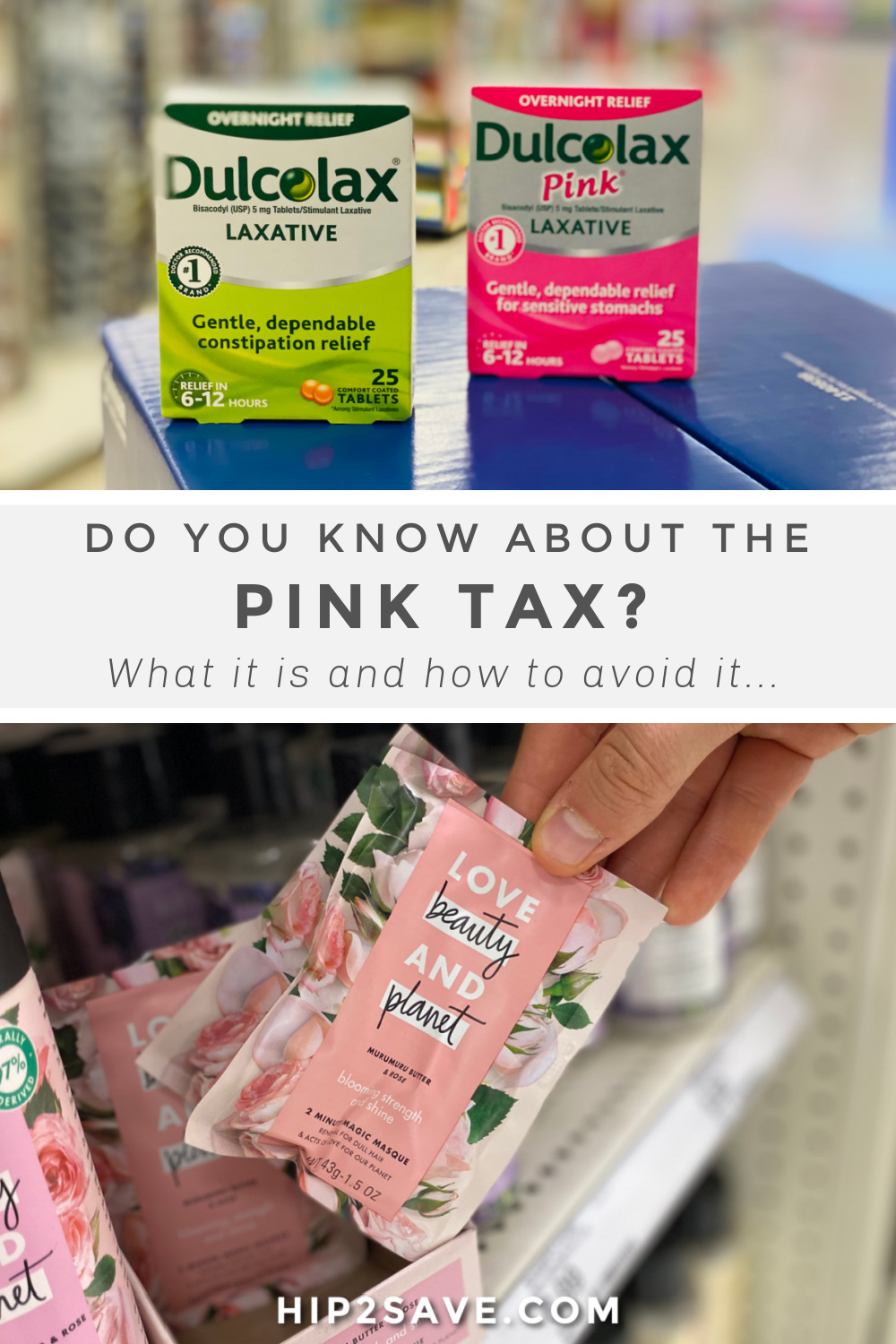