The Retail Apocalypse: These 15 Retailers Have Filed for Chapter 11 Bankruptcy 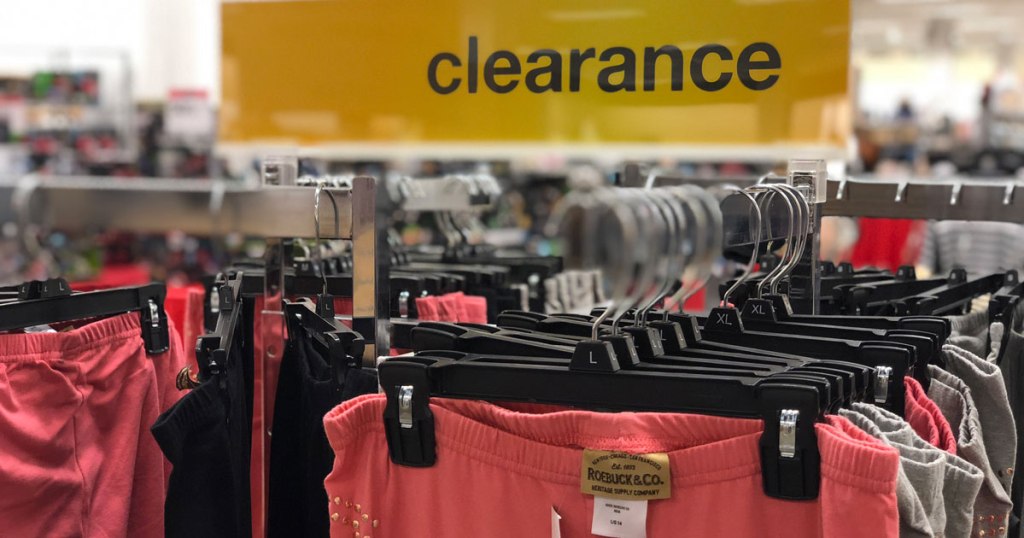 Could this be the end of retail?

Unfortunately, more retailers are filing for Chapter 11 bankruptcy these days and closing their doors shortly after, or they’re having difficulties making things work. While a Chapter 11 filing indicates signs of financial struggle, it does not always suggest that a company is doomed, with little hope of coming back. Instead, it requires that the struggling business reorganize its debt under the protection of the bankruptcy court.

However, it’s always a good idea to know which of your favorite retailers have filed for Chapter 11 bankruptcy protection so you can be aware of sales and store closures happening near you.

Retailers that have filed for Chapter 11 bankruptcy over the past year: 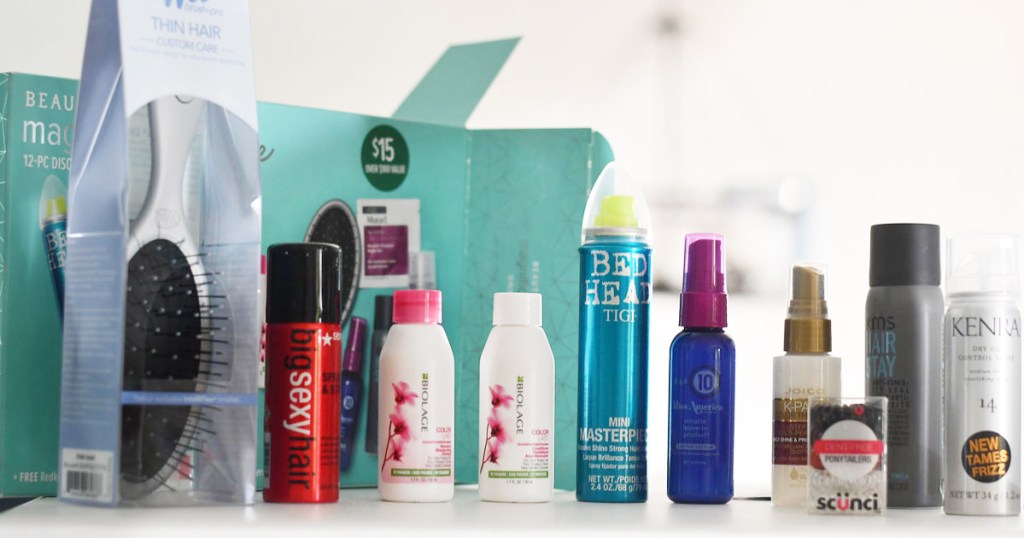 In January 2019, Beauty Brands, a salon and spa superstore headquartered in Kansas City, Missouri, filed for Chapter 11 bankruptcy protection, according to these court documents.

However, bids are being considered to keep stores open. As of January 18th, 2019, Absolute Beauty, controlled by founder and former CEO of Beauty Brands Robert Bernstein, submitted a bid for the retailer for $4.65 million that would keep 23 Beauty Brands stores open and keep 875 jobs.

In February 2018, Bon-Ton, a department store chain, filed for Chapter 11 bankruptcy protection and closed its doors in August 2018 due to ongoing struggles with declining sales.

However, in late 2018, a tech company, CSC Generation Holdings, signed a deal giving it the rights to Bon-Ton and its subsidiary department store chains, Boston Store, Bergner’s, Carson’s, Elder Beerman, Herberger’s, and Younkers. CSC plans to focus more on an e-commerce experience, with the possibility of re-opening a few stores in Colorado, Illinois, Indiana, Wisconsin, and Pennsylvania. 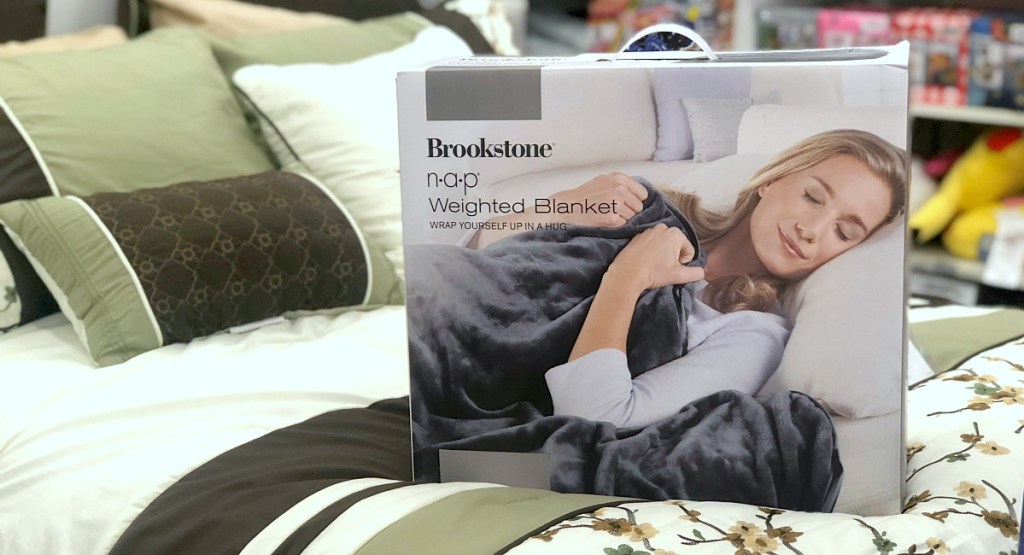 In August 2018, Brookstone, the retailer that sells a variety of gadgets and unique gifts, filed for its second Chapter 11 bankruptcy, due to declining foot traffic and mall sales. After the filing, Brookstone closed their 101 mall-based stores; however, they continue to operate 35 airport stores and maintain its e-commerce and wholesale business while the company seeks a buyer.

In February 2019, Charlotte Russe, the fashion store for young women, announced that they have voluntarily filed for relief under Chapter 11 of the Bankruptcy Code. As part of the filing, Charlotte Russe will close approximately 94 of its 512 mall-based store locations, but the Charlotte Russe website and other stores will remain open at this time. Find out if your store is closing here. 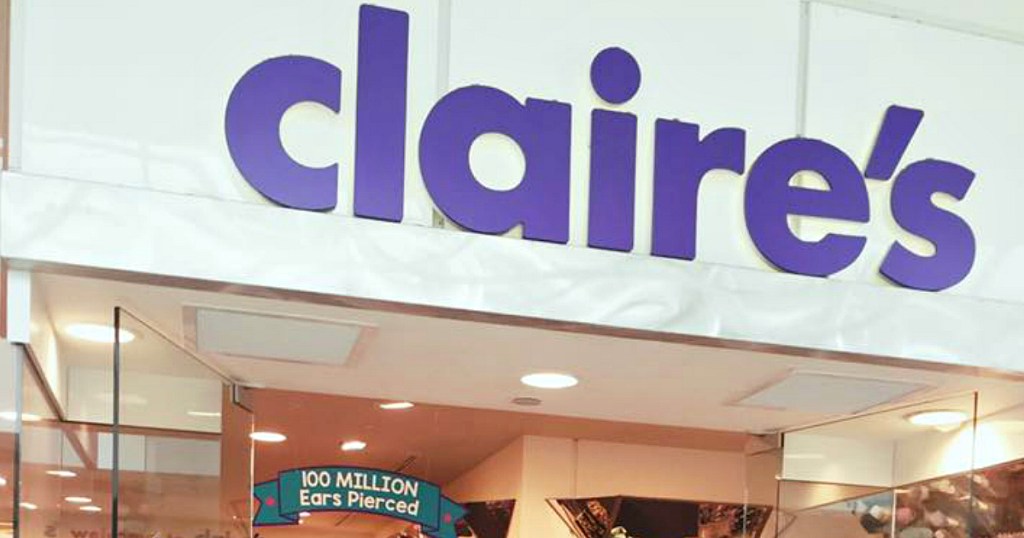 In March 2018, Claire’s, the teen accessories retailer, announced a filing for Chapter 11 bankruptcy protection and pursued a financial restructuring in order to eliminate a massive amount of debt. As part of the restructuring process, Claire’s closed 92 mall stores and pursued restructuring efforts.

In October 2018, Claire’s emerged from the Chapter 11 financial restructuring that enabled them to eliminate $1.9 billion of debt and gain access to $575 million in new capital.

In November 2018, David’s Bridal, the nation’s leading bridal and special occasion dress retailer, filed for Chapter 11 bankruptcy with a plan to cut debt by more than $400 million and a deal with lenders that will keep stores open during a reorganization.

In January 2019, Gymboree filed for Chapter 11 bankruptcy with plans to close all Gymboree, Gymboree Outlet, and Crazy 8 stores and online websites. They are hoping to preserve Janie and Jack by pursuing a sale of the business. Read more about Gymboree’s restructuring.

In October 2018, Mattress Firm, America’s largest mattress specialty retailer, filed for Chapter 11 bankruptcy. The company closed over 700 of its 3,300+ stores as part of their restructuring plan and received commitments for about $250M to help support ongoing operations during the process. The company also obtained another $525M in lines of credit to finance its exit from bankruptcy.

In April 2018, shoe retailer Nine West Holdings Inc. filed for Chapter 11 bankruptcy, with court documents showing the company owed more than $1 billion to as many as 50,000 creditors. In June 2018, the company sold off its namesake brand, along with its handbag brand, Bandolino, for $340 million.

Although the company announced it would operate as usual through the bankruptcy, it recently asked investment bank Lazard Ltd. to help explore a sale for its remaining assets, which include its jewelry and jeans businesses, as well as its women’s clothing lines, Kasper and Anne Klein. 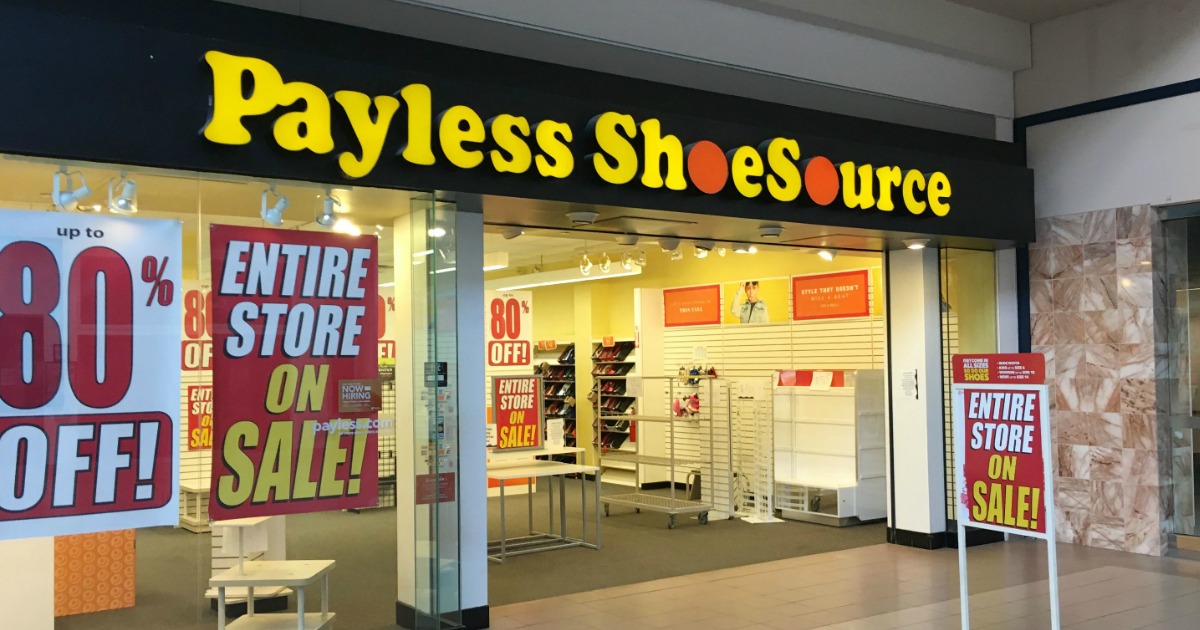 In April 2017, Payless ShoeSource first filed for Chapter 11 bankruptcy, which resulted in an agreement with lenders to close hundreds of stores and reduce debt. In January 2019, Payless filed for Chapter 11 again with intentions to use the proceedings to facilitate a wind-down of its approximately 2,500 store locations in North America and its e-commerce operations.

Payless will honor customer gift cards and store credit until March 11th, 2019, and allow returns and exchanges of applicable non-final sale purchases made prior to February 17th, 2019, until March 1st, 2019. Read more about Payless ShoeSource’s restructuring.

In May 2018, Rockport filed for Chapter 11 bankruptcy due to declining traffic to physical stores. At the time of the filing, the brand hoped to keep the business alive by selling to a private equity firm.

In August 2018, the company sold most of its assets, including the Dunham, Aravon, and Rockport brands; the wholesale and e-commerce operations in North America for those brands; and all international operations for $150 million to an affiliate of Charlesbank Capital Partners, according to court documents and information from the company. 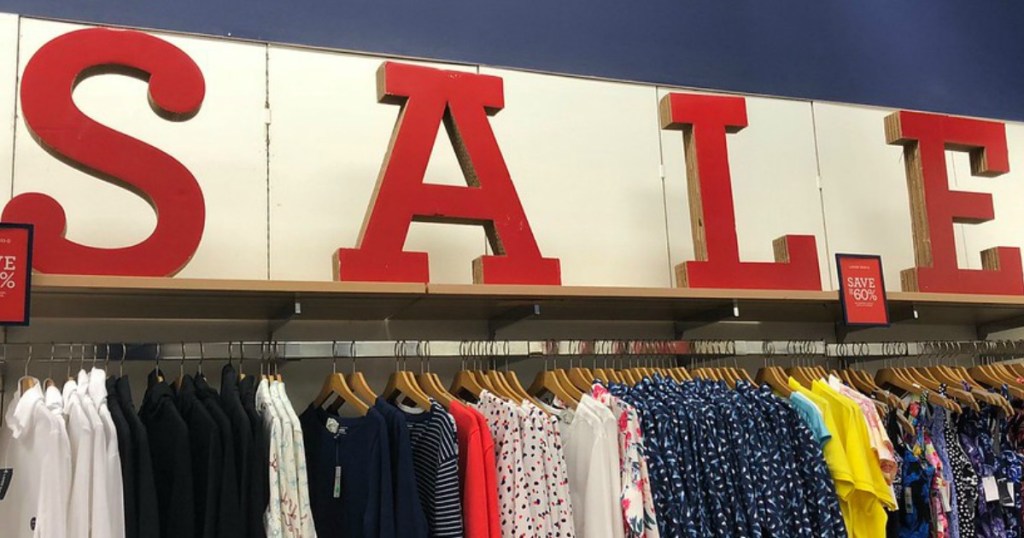 In October 2018, Sears filed for Chapter 11 bankruptcy, following years of financial struggles. Despite reducing assets and selling real estate over the years, the company was unable to pay off its debt. Sears Holdings, the parent company of Sears and Kmart, said it plans to keep profitable stores running.

Once the latest round of Sears store closings is complete in March 2019, the total number of Kmart and Sears stores open in the U.S. will be approximately 600.

In January 2019, Shopko filed for Chapter 11 bankruptcy as a result of excessive debt and ongoing competitive pressures. At the time of this announcement, Shopko made plans to close stores and relocate several Optical centers to freestanding locations.

Moreover, in a recent statement, Shopko announced they’re planning to close over 130 more stores, with most stores to close by May 2019. You can find a complete list of over 250 store closures in this Shopko document, as well as more information about Shopko’s restructuring process.

In March 2018, Southeastern Grocers, the parent company of the grocery chains Winn-Dixie, Harveys, and BI-LO, filed for Chapter 11 bankruptcy. As part of the bankruptcy proceedings, the company closed 94 of its grocery stores, with approximately 582 locations remaining open. The restructuring plan aimed to decrease overall debt levels by approximately $600 million.

Later in 2018, Southeastern Grocers successfully completed its financial restructuring and emerged from Chapter 11. With a solid financial foundation, SEG plans to further advance its business through store remodels and new stores. The Company will also invest in additional customer programs, including the introduction of the new SE Grocers rewards loyalty program that launched in July 2018. 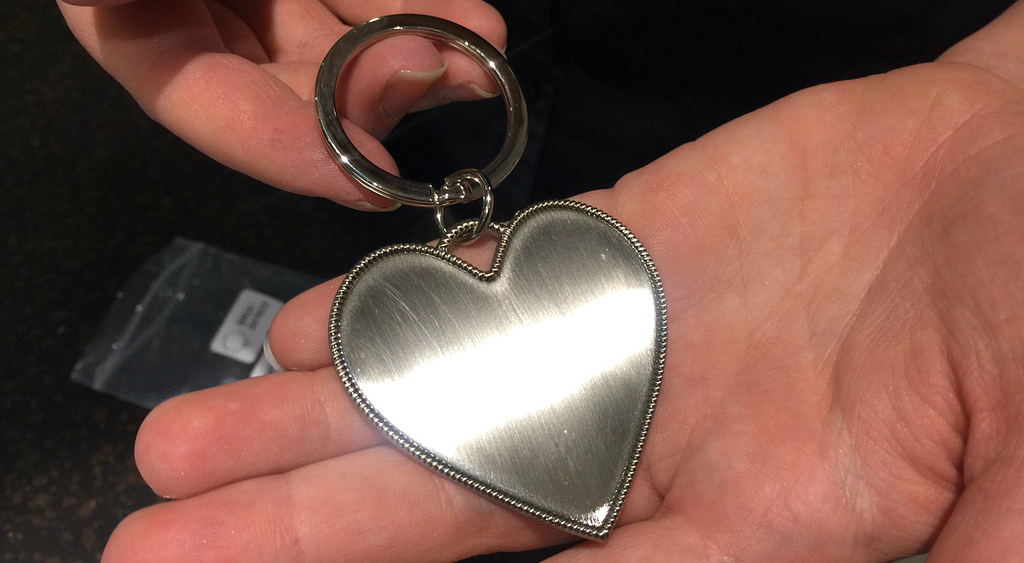 In February 2019, Things Remembered, the leading omnichannel retailer of personalized gifts and merchandise, filed for Chapter 11 bankruptcy. The company executed an agreement to sell most of its business to Enesco, LLC, a global leader in the giftware, home décor, and accessories industries.

Do you think these brands will survive and thrive… or go out of business?

Interestingly, some investors believe popular retailers like JCPenney, Barnes & Noble, Party City, and even Macy’s may not survive 2019. 😩

Up next: 10 reasons why saving money will NEVER go out of style

Look for These New Movies on Netflix & Original Series in 2022