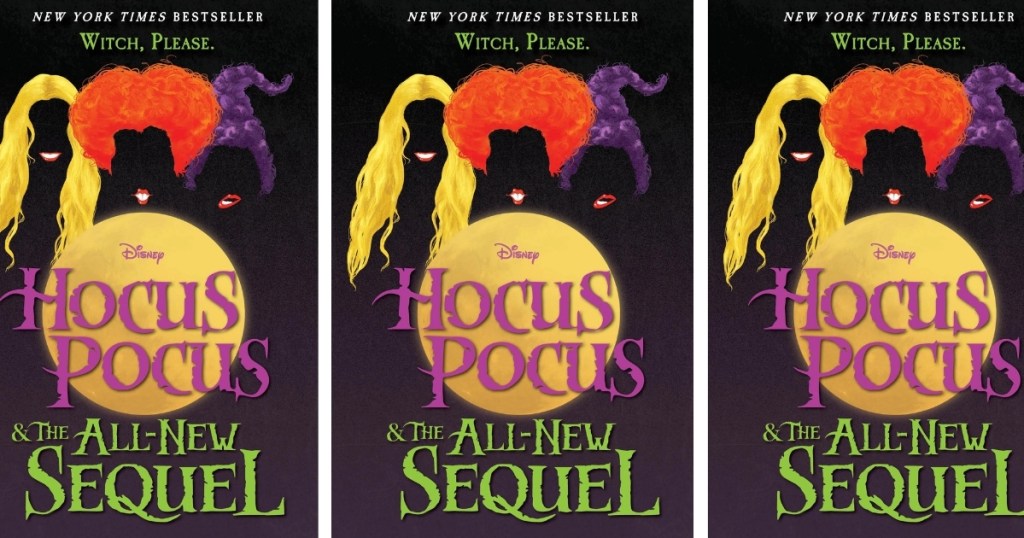 Enjoy a popular book for FREE with an Amazon deal!

For a limited time, head on over to Amazon where you can score the Hocus Pocus and the All-New Sequel eBook for FREE!

In this eBook, fans will be spellbound by a fresh retelling of the original film followed by the all-new sequel that continues the story with the next generation of Salem teens!

Shortly after moving from California to Salem, Massachusetts, Max Dennison finds himself in hot water when he accidentally releases a coven of witches, the Sanderson sisters, from the afterlife. Max, his sister, and his new friends (human and otherwise) must find a way to stop the witches from carrying out their evil plan and remaining on earth to torment Salem for all eternity.

Twenty-five years later, Max and Allison’s seventeen-year-old daughter, Poppy, finds herself face-to-face with the Sanderson sisters in all their sinister glory. When Halloween celebrations don’t quite go as planned, it’s a race against time as Poppy and her friends fight to save her family and all of Salem from the witches’ latest vile scheme.

Try Kindle Unlimited FREE for 30 Days or Get 2 Months for Just $4.99 (Access Millions of eBooks)