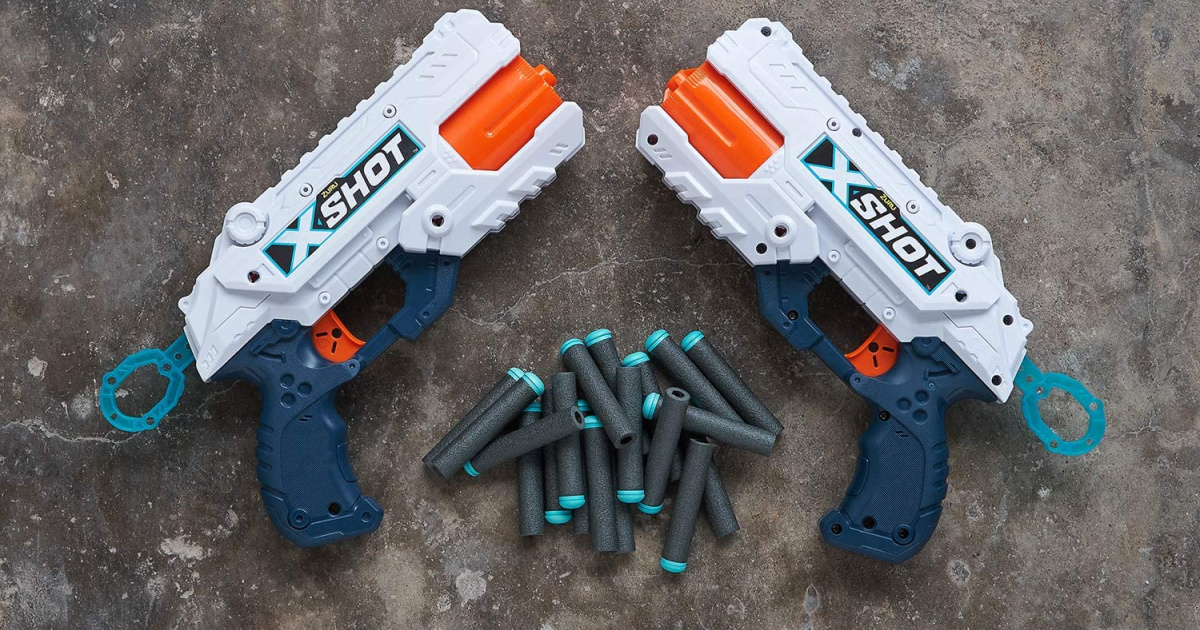 Grab a new dart blaster for each kid!

Blast six darts in rapid succession with these Zuru X-Shot Reflex blasters! Your kiddo can use the included cans for targets, plus they’ll get plenty of darts. And since you’re getting two blasters, they can team up with a friend. Fun! 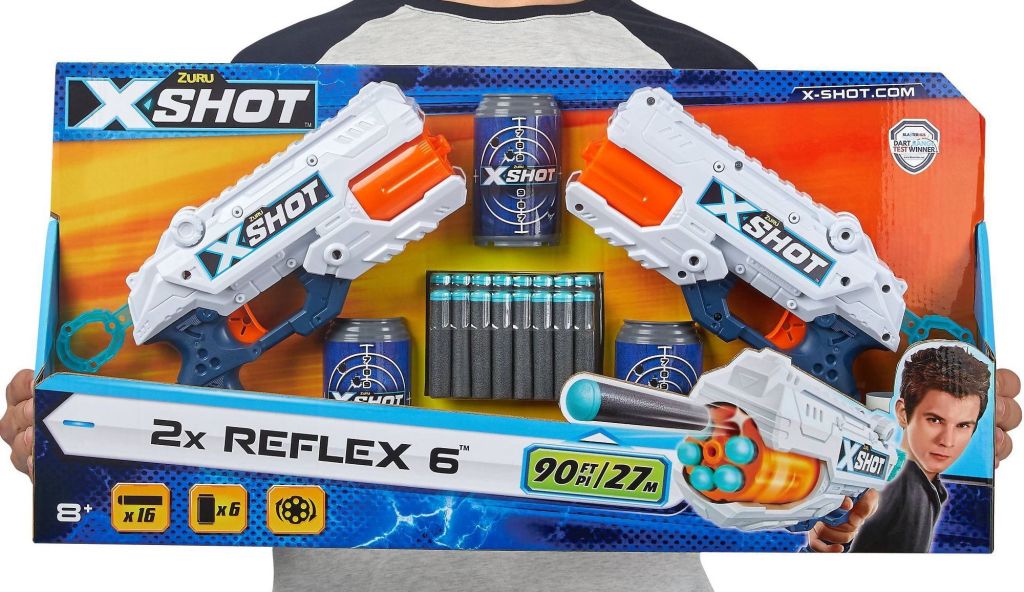 Check out these reviews…

I work in youth ministry, and I wanted to build a small arsenal for NERF-style combat with a dozen or so teenagers. X-shot’s competitive pricing and great value made it very easy to do just that! In particular these Reflex 6 blasters are a real contender with similar nerf models (disruptor & strongarm). You pay about the same amount, but with X-shot you get two guns instead of one (plus a bunch of extra darts).
These guns are accurate, have (on average) better range than the NERF versions, and are compatible with nerf elite darts. In most scenarios, I would rather go into a game with one of these Reflex 6 guns than a comparable nerf blaster.
One down-side: these guns don’t have slam fire. But they’re such a great overall value I still have to give them the full five stars. I’ve purchased maybe five of these two-gun sets already. This is a great price-effective option for group games or big families.

This set comes with two guns, THREE cans (each is two pieces) and 16 darts. The darts fit all the other guns I have that are made by this company (even the little one that looks like these). They hit pretty hard, so the cans “break” in half when you shoot them. We have wars with them, but the rules are no aiming at the face, and everyone wears eye protection. You know when you get hit, but I wouldn’t say it hurts.

After spending big bucks on another brand of foam dart blasters, I grabbed this 2 pack to put in my in laws’ Christmas stockings for a Christmas morning battle royale. Let me tell you, they were the best armed people in the house! These were so fun, easy to use, and fantastic value. We are X Shot fans for good!

Double the fun during playtime with these toy deals!

Kids Shoes & Boots from $4.99 on Zulily.com | Save on Styles for Every Season