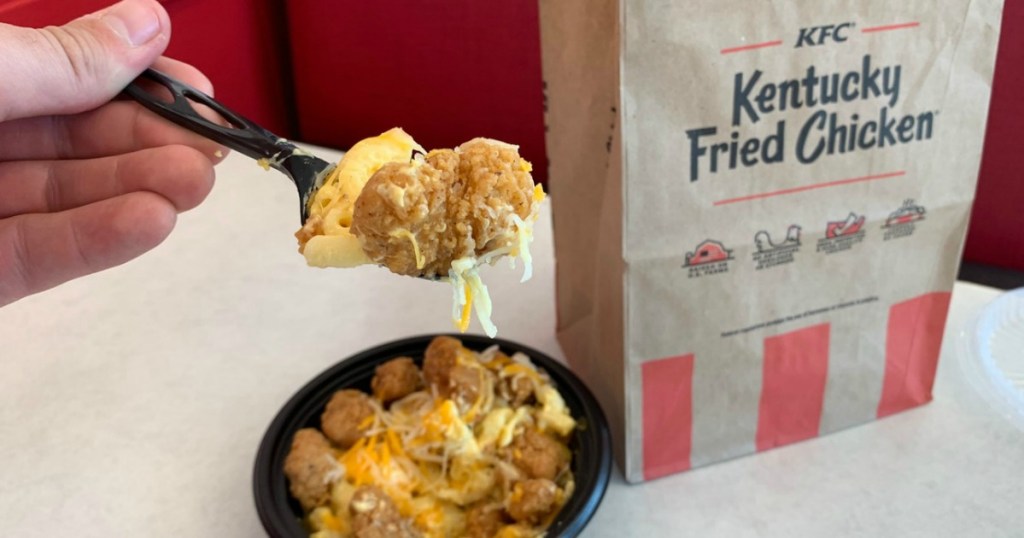 KFC has excited the fast-food world with the launch of its new Mac and Cheese Bowl!

With this new menu item, KFC has elevated mac and cheese from side dish to entree status by topping it with Popcorn Nuggets for a punch of protein. Stetson, our Hip taste tester and lifelong mac and cheese lover, wanted to be among the first to try it alongside some of its toughest competitors.

Stetson says: I’ve always just been a fan of mac and cheese in general. I’m actually going to make one of the hardest decisions so far, with one of my favorite foods ever.

To simplify price comparisons, Stetson purchased the largest size available at each location. To see how the serving sizes compare, take a closer look at our contenders, and watch Stetson’s priceless reactions on the replay of his Facebook live video here! 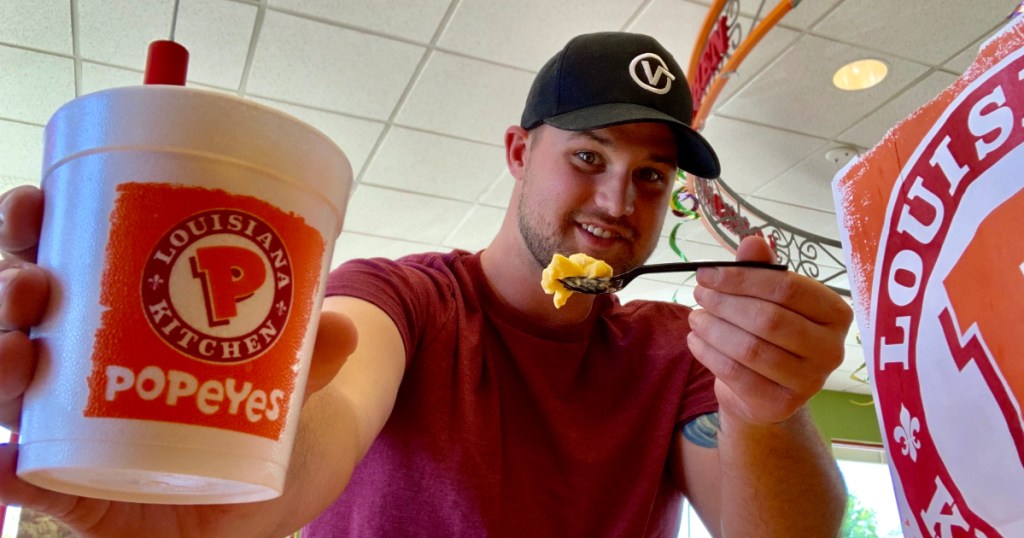 Popeyes is definitely enjoying a moment in the spotlight thanks to its viral new chicken sandwich. We know their mac and cheese has a loyal following too, so we definitely wanted to include Popeyes’ version in our taste test!

Stetson says: Woo! OK, I did not expect that. I bit into Popeyes mac and cheese… and yikes, it was really salty. Like really salty. It’s for sure my least favorite mac and cheese. I’m not a fan. It’s not completely awful, and on a positive note is really creamy…. but oh so VERY salty. If you like salt and want to eat spoonfuls of it, Popeyes is for you.

Watch the live video, and let Stetson’s face tell the story of just how salty Popeyes’ mac and cheese really is. 😂 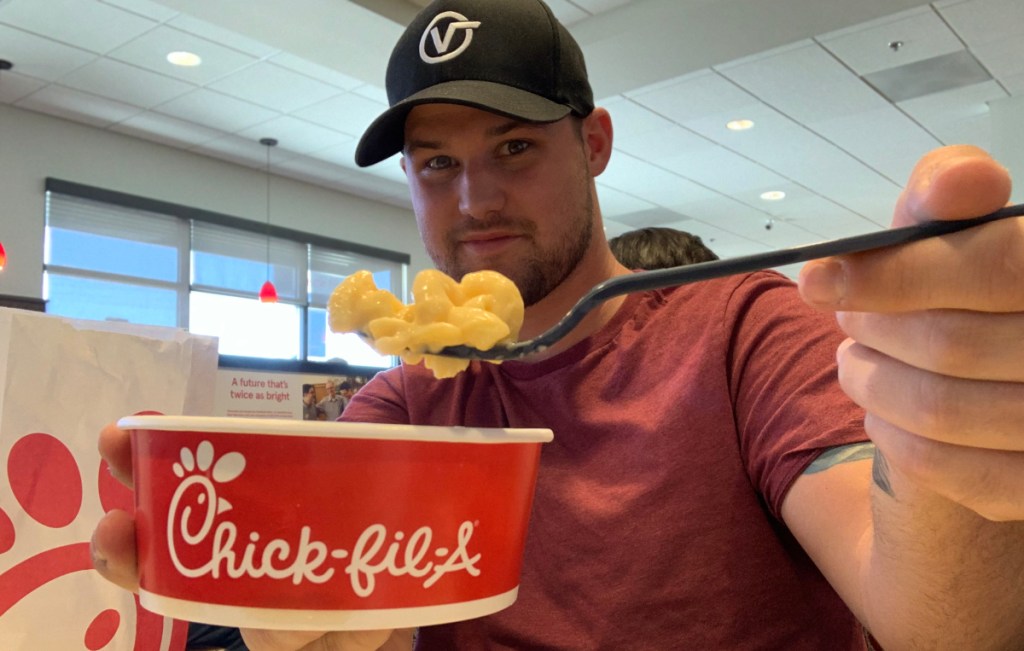 Similar to the KFC Mac and Cheese Bowl, Chick-fil-A’s mac and cheese is also a new menu item. It debuted earlier this month to rave reviews. It was love at first taste for Stetson when he sampled it a couple of weeks ago, but when he lined it up next to its delicious competitors (all of which happened to be more affordable), it definitely lost some of its luster.

Stetson says: This is really good mac and cheese. I recommend it. But at $6.19, I think the price is a little outrageous. It tastes good, but I wouldn’t go out and buy mac and cheese for $6.19. I wouldn’t say it’s worth that much.

Hip Tip: Join Chick-fil-A One and download the app to earn and redeem points for free food and get other bonuses like a birthday reward! 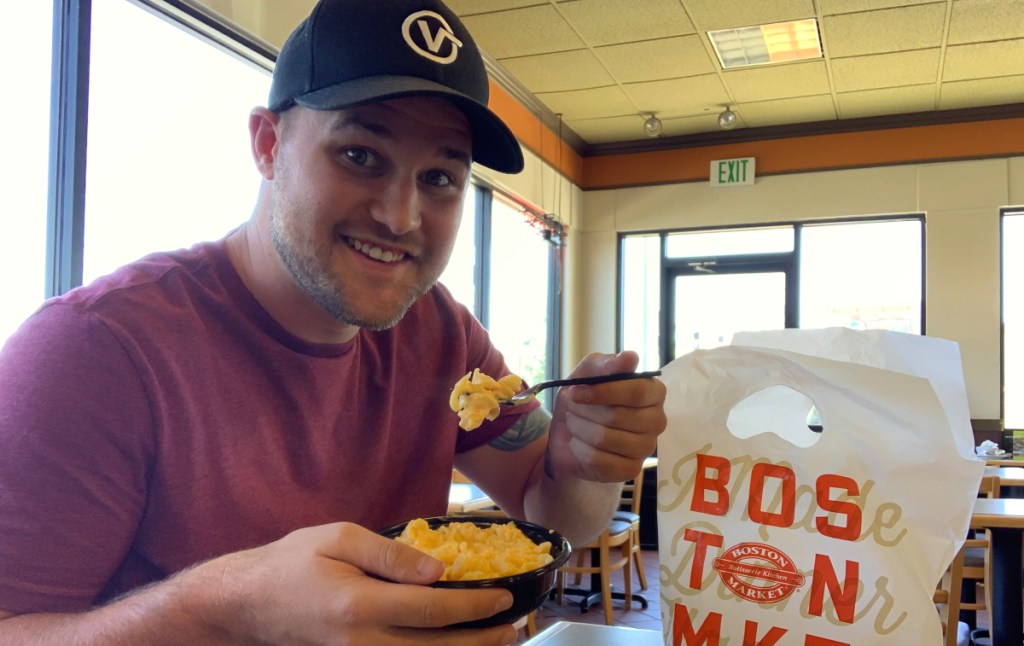 Stetson really liked the taste of Boston Market’s mac and cheese, but it should be noted that they don’t use traditional elbow macaroni for their noodles. If you’re not a mac and cheese purist and spiralized noodles aren’t a dealbreaker for you, then this mac and cheese is definitely worth a try.

Hip Tip: Join Boston Market’s Rotisserie Rewards and download the new app to place orders, earn points, and get rewards. You’ll even get a free cookie just for signing up! 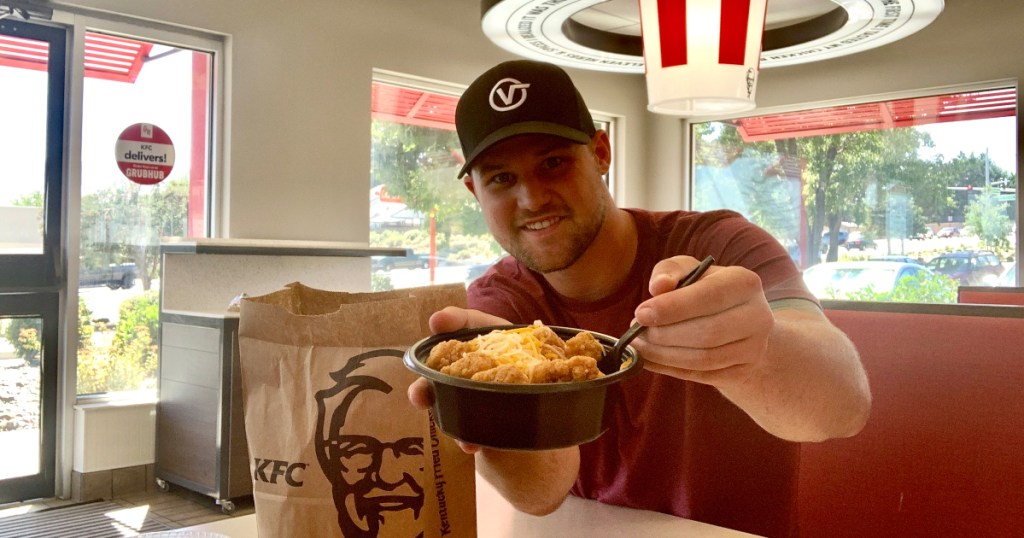 In the same vein as their original Famous Bowl, KFC’s mac and cheese is a mash-up of mac and cheese, popcorn chicken, and additional cheese melted on top. You can also order it spicy style, and have them drizzle their Nashville Hot sauce on top.

Stetson says: I love their famous bowl with mashed potatoes, and now they’ve got it with mac and cheese?! Coming in at $4.19, you save a little bit of money and you get chicken and extra cheese! I’m a huge fan of KFC’s mac and cheese famous bowl. I always eat mac and cheese pretty plain – as plain as I can get it, but the KFC mac and cheese bowl is so yummy! You get more bang for your buck and it tastes really good.

HIP TIP: Join the KFC Colonel’s Club to score special offers and deals! And for a limited time, get it in a $5 Fill Up which comes with a medium drink and a chocolate chip cookie. 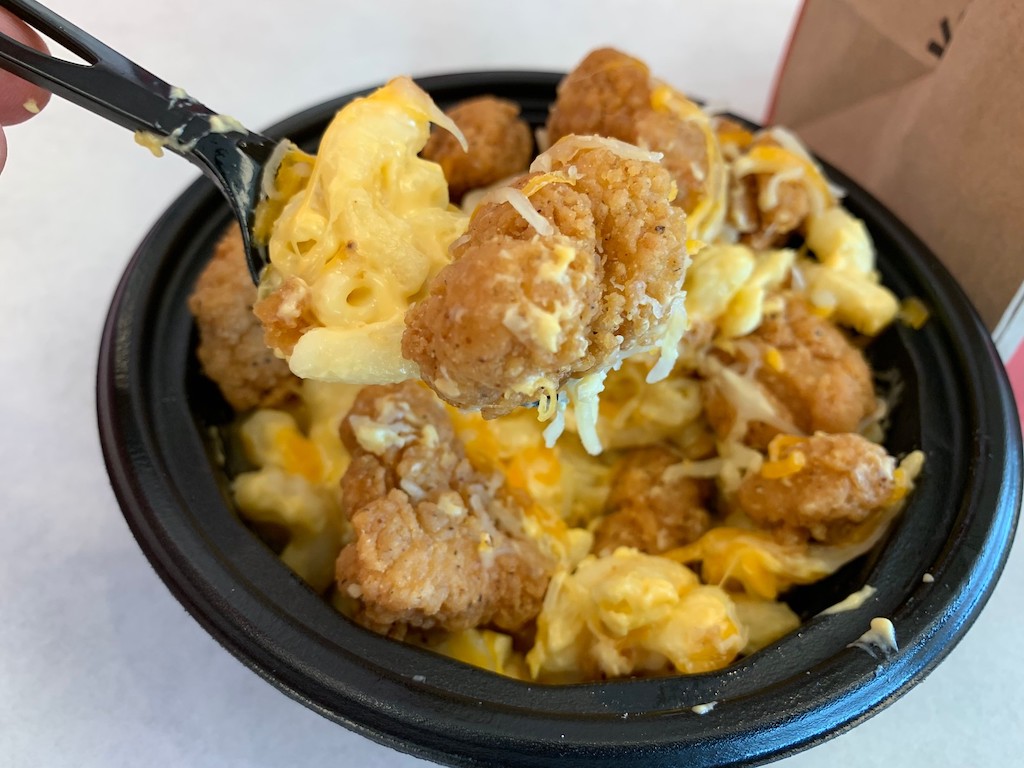 Looks like Stetson’s choice is KFC! While he loved Boston Market’s mac and cheese and thought it tasted just like KFC’s, the colonel knocked it out of the park by topping its mac and cheese with popcorn chicken and extra cheese. Some would argue that’s not a fair fight, but why argue with delicious food?

Stetson says: You get more bang for your buck with the chicken from KFC. Boston Market’s mac and cheese is really really good, but you might as well just go to KFC and get some chicken on top of it! I definitely recommend it.

Find out which of these 5 kid-tested boxed mac and cheese brands ranked the best!