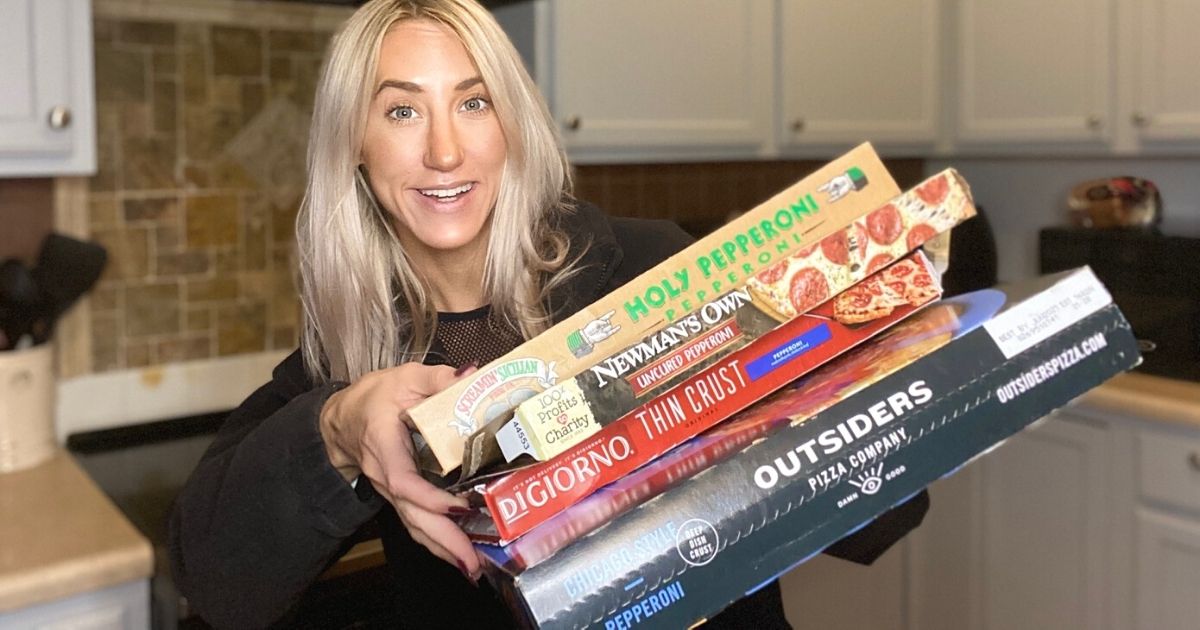 Did somebody say pepperoni pizza night?! 🍕

Ahhh frozen pizza. It’s what saves us on those nights when we don’t feel like cooking, it’s what makes our kids love dinnertime more, and it’s what helps us keep a few extra bucks in our wallet.

But with so many different brands and variations to choose from at the store, how on earth do you know which frozen pizza is the best one to buy? After a thorough pepperoni pizza taste-testing (because let’s face it, pepperoni pizza is a crowd-pleaser that everyone loves), I’ve bestowed a thoughtful rating to each brand (with the help of my hungry kiddos and pizza connoisseur hubby). 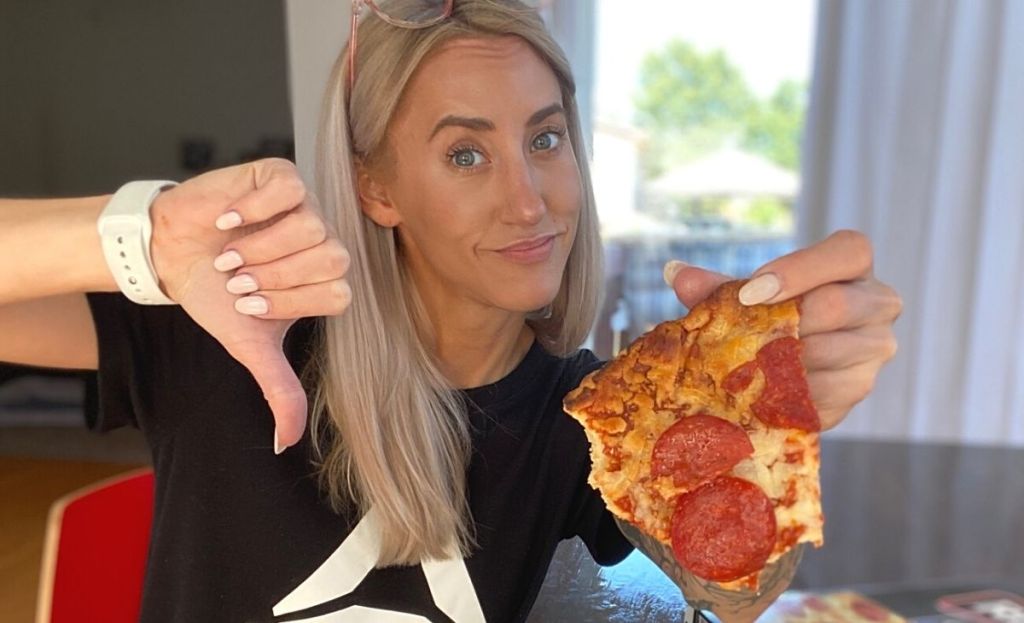 Each frozen pepperoni pizza has been evaluated based on flavor, fresh out of the oven impression, and price with an overall rating on a scale of 1-10.  Follow along to find out which pizza brand impressed us the most and which ones got a thumbs down! 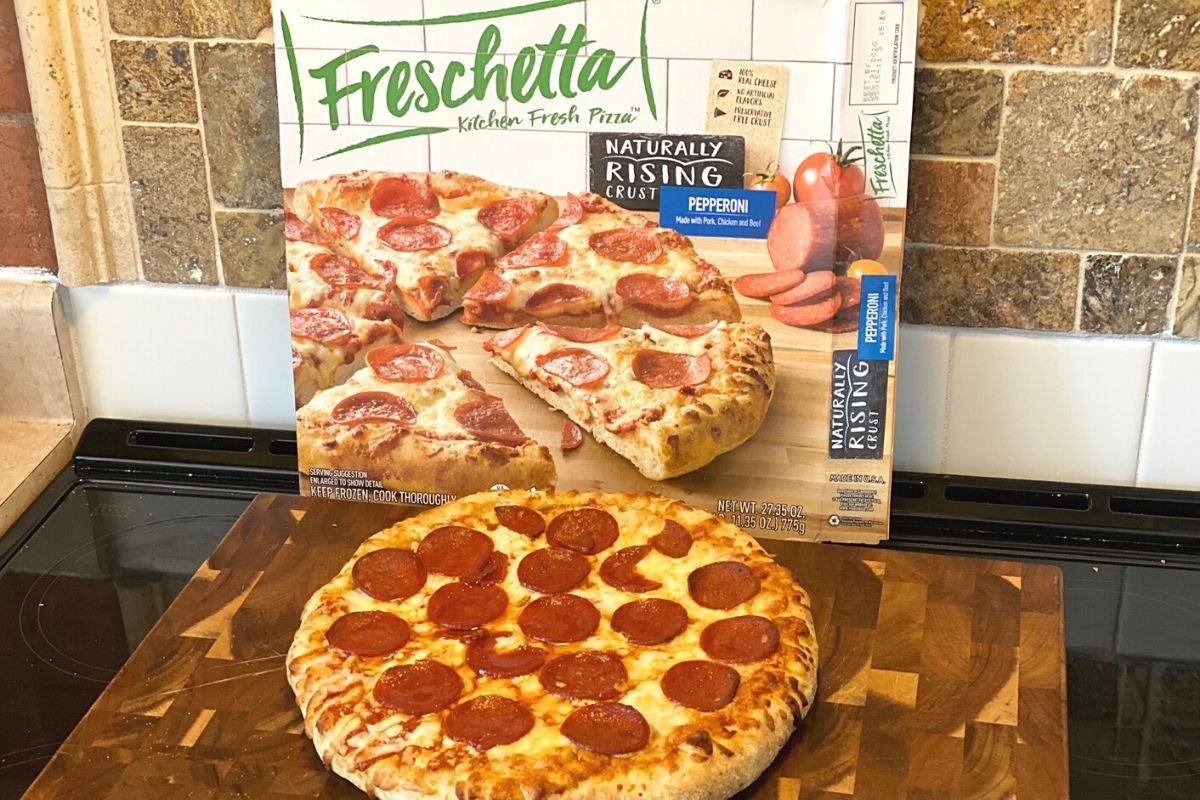 Freschetta is one of the most popular frozen pizza brands out there for good reason. The sauce is savory, with just a touch of sweetness, there’s usually a generous amount of toppings, and the crust has a memorable texture and flavor. 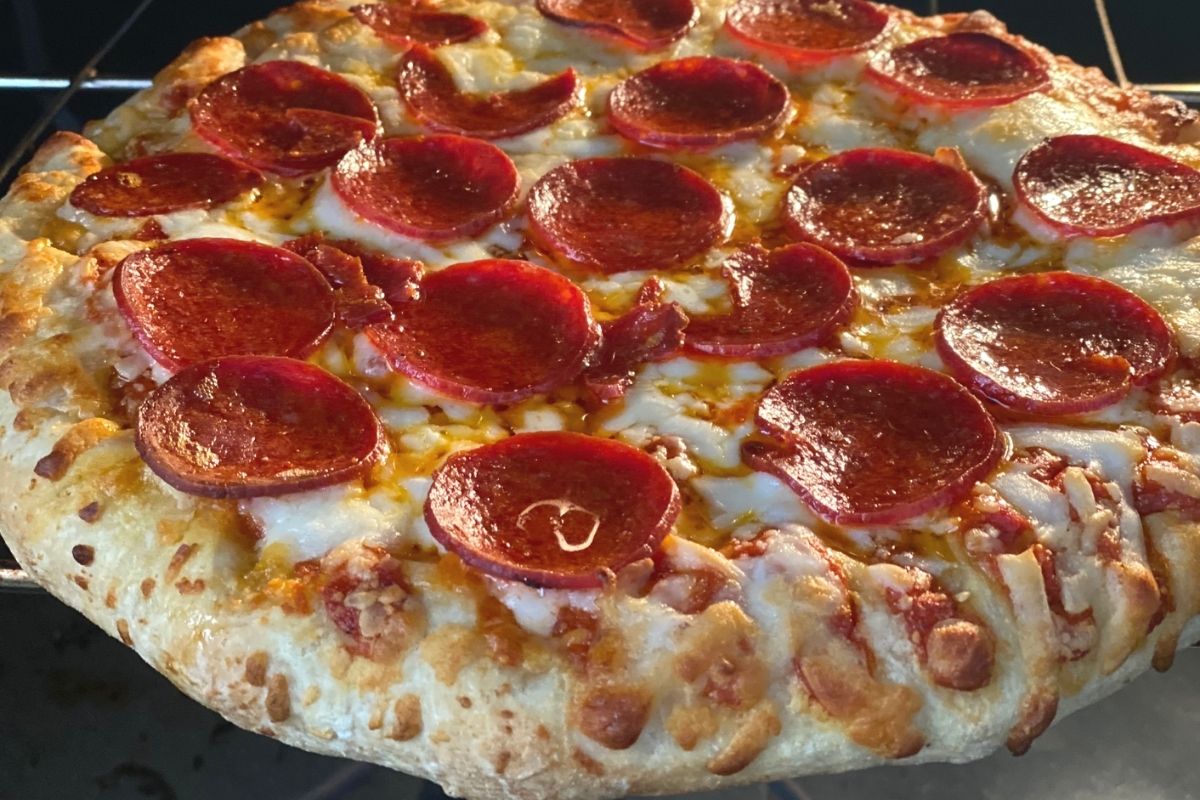 During our frozen pepperoni pizza taste test, Freschetta made one of the best fresh out of the oven impressions on us. There was plenty of cheese and not too much sauce, but I wouldn’t have minded a few more pepperonis on top.  The pizza was also on the doughier side and the crust overwhelmed the flavors of the pizza just a bit. Still a favorite nonetheless! 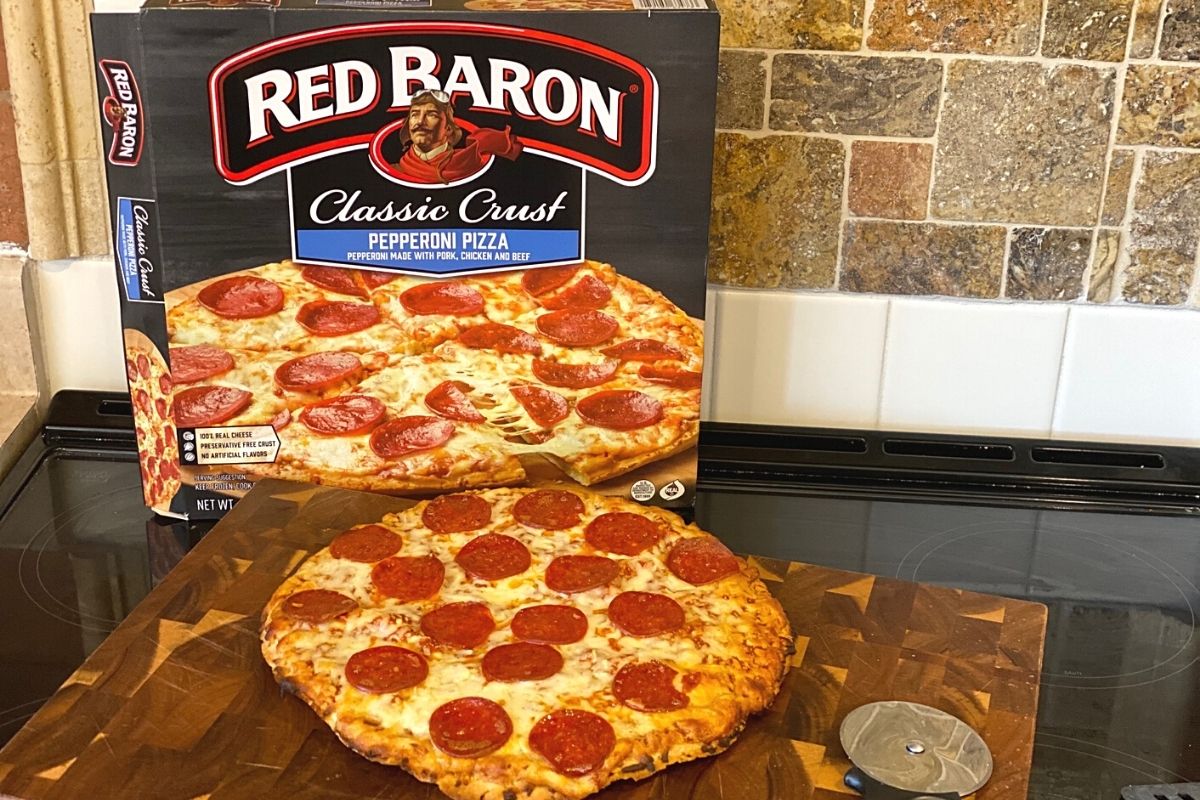 While my kiddos didn’t have any complaints about this frozen pepperoni pizza, I wasn’t the biggest fan of it personally. I thought it was too crispy and the cheese was burnt around the edges of the crust even though we followed the cooking instructions. 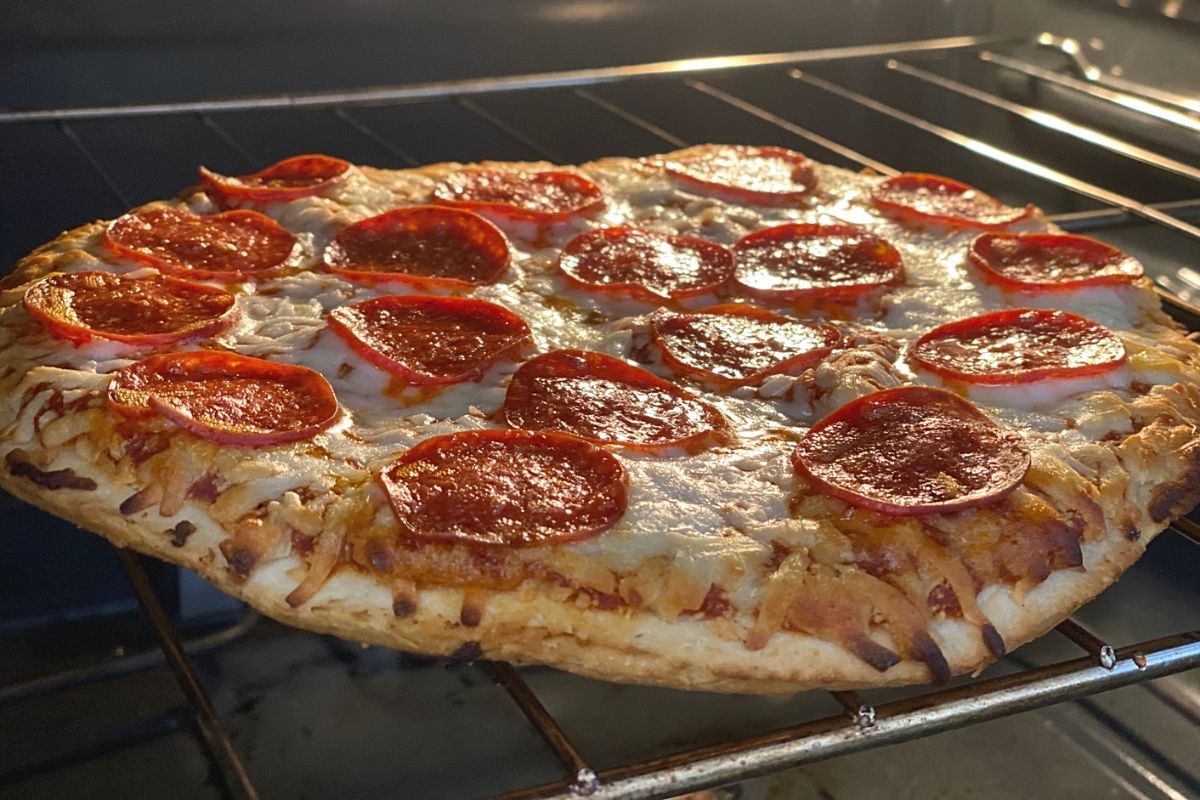 Aside from the overcooked cheese around the edges, I still thought this pizza was an accurate representation of the image on the box and didn’t falsely advertise the amount of cheese or pepperoni. 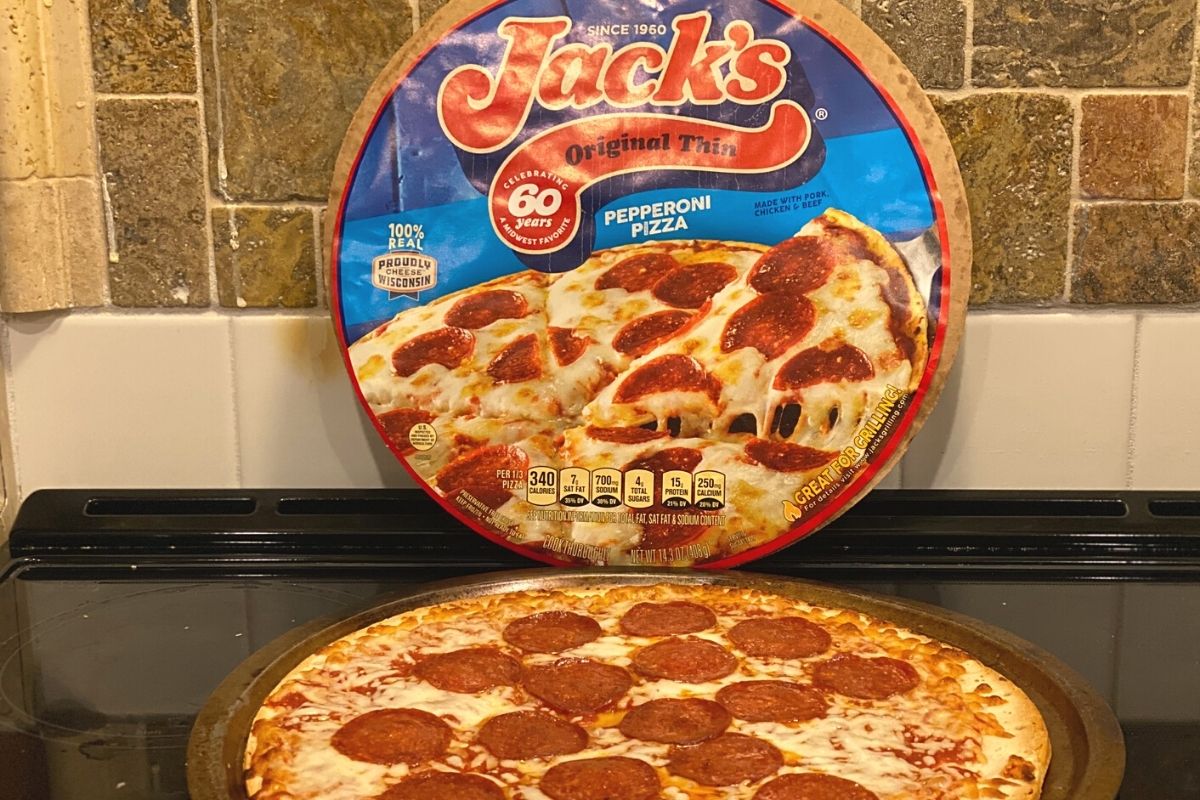 I’d take a $5 frozen pepperoni pizza over this budget-friendly brand any day. The sauce was very uneven on top of the pizza and there was not nearly enough cheese. 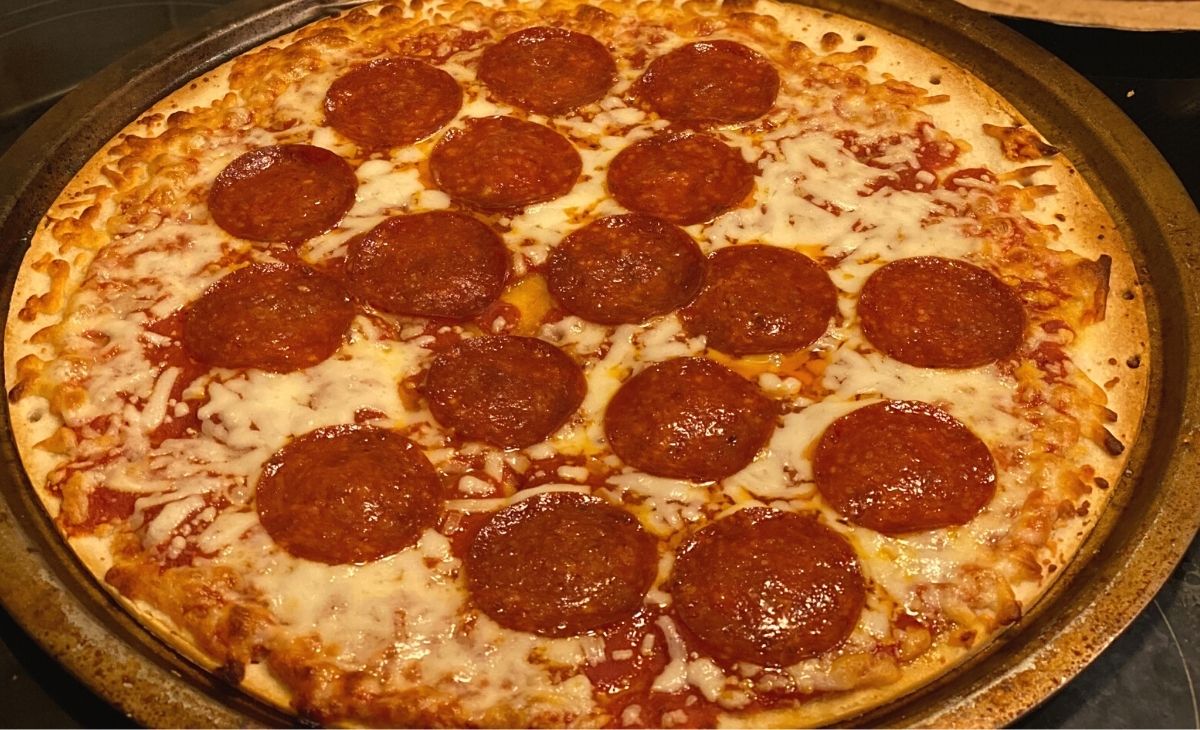 It didn’t look super appetizing fresh out of the oven and I didn’t think there was anything very noteworthy about the flavor either. While I love the price of this frozen pizza, I don’t think I’d buy it again. 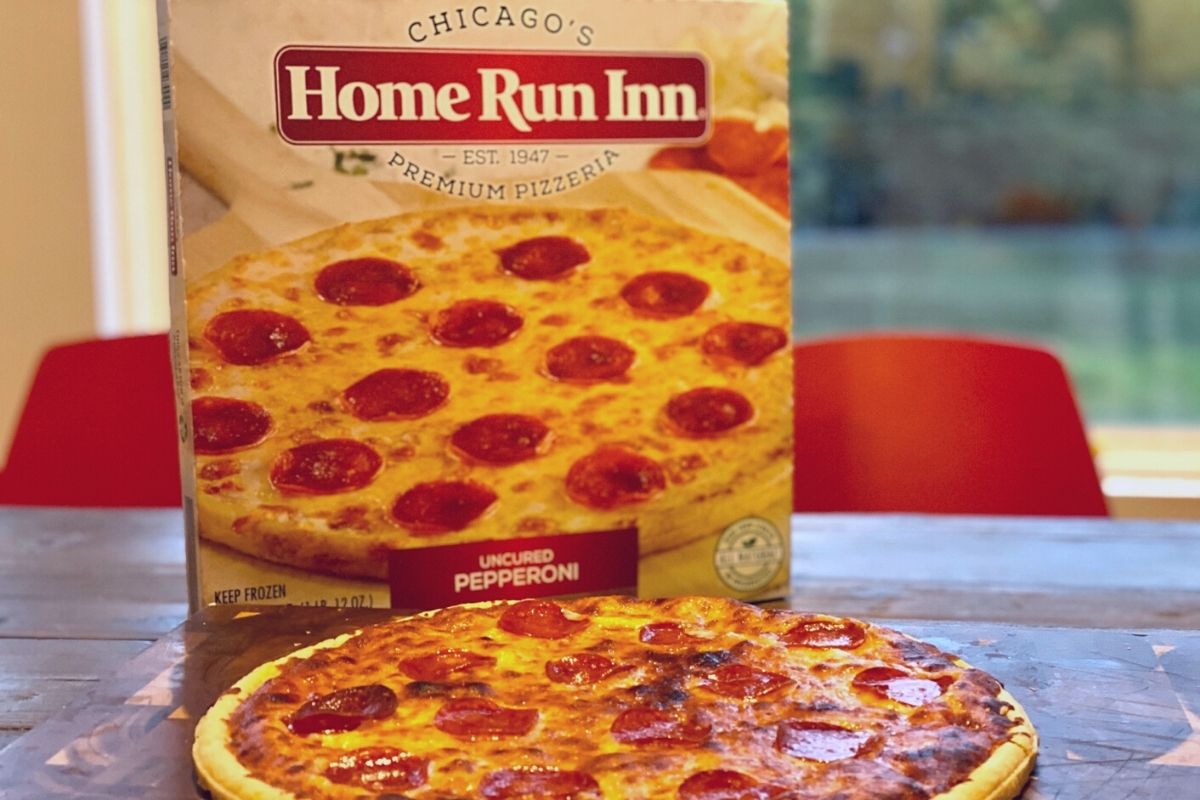 According to my husband (who is probably one of the biggest pizza fanatics I’ve ever met), Home Run Inn’s frozen pepperoni pizza tastes just like the pizza you get from Chuck E. Cheese so if that’s something you enjoy, then you’ll love this brand! 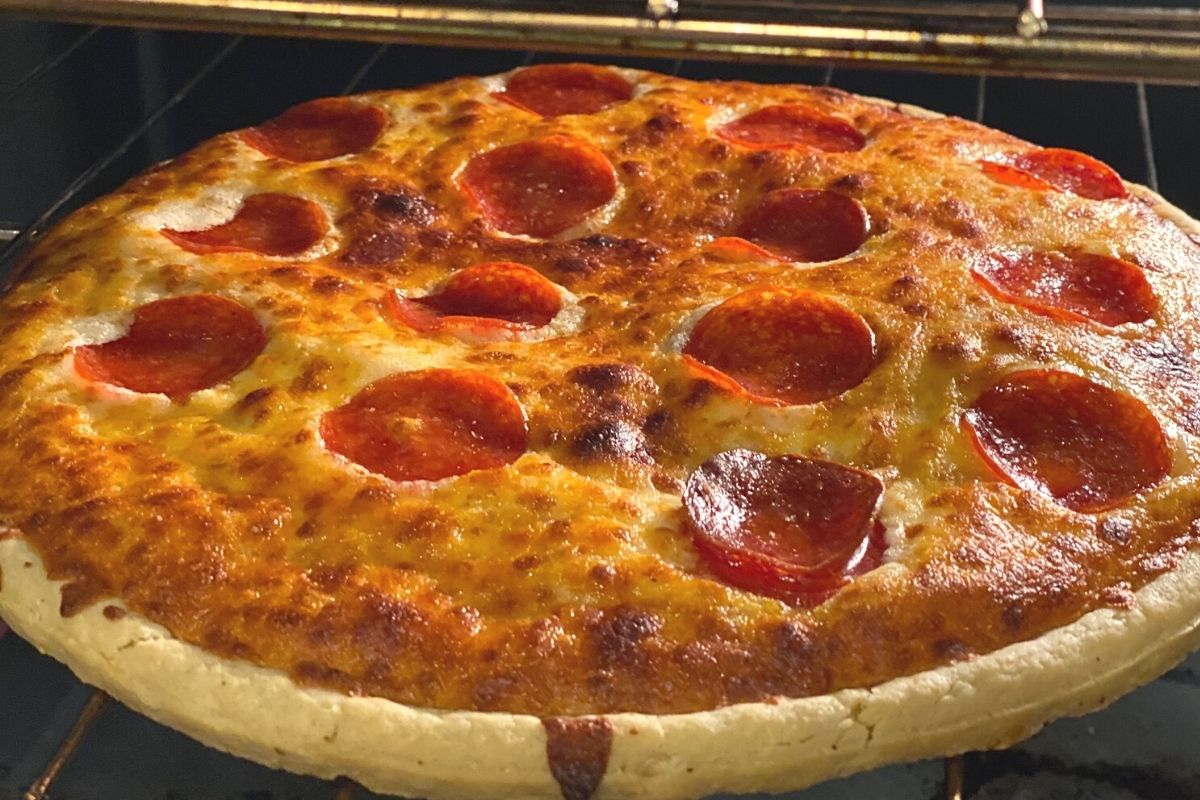 At first glance out of the oven, this pizza had plenty of cheese with a perfectly cooked crust that was in between thin and pan crust. The uncured pepperoni slices were yummy, but I wished there was just a few more on top as each slice of pizza only had 2-3 pieces. This one wasn’t the prettiest pizza, but we were pleasantly surprised by the flavor. 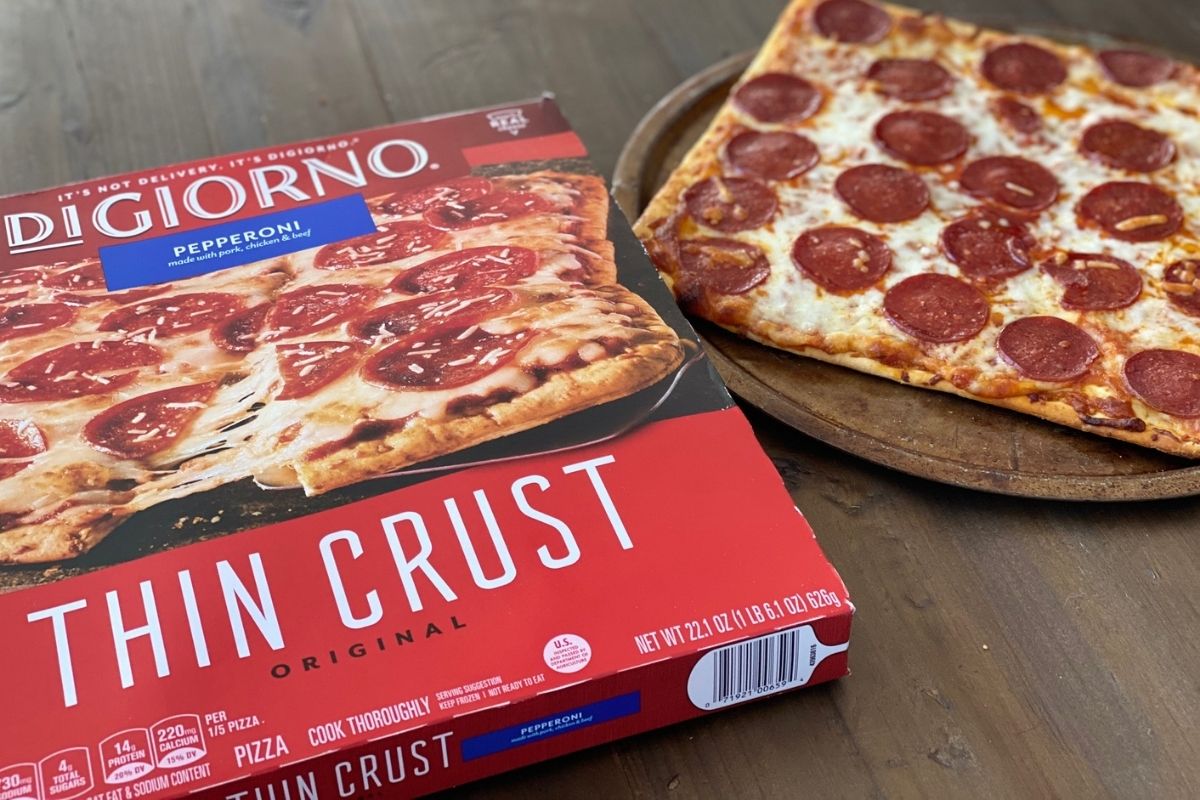 DiGiorno’s frozen pepperoni pizza HIT THE SPOT! This was one of my favorites and certainly, one of the best impressions coming out of the oven. I usually prefer fluffier pizzas, but the thin and crispy texture of this one was so good! 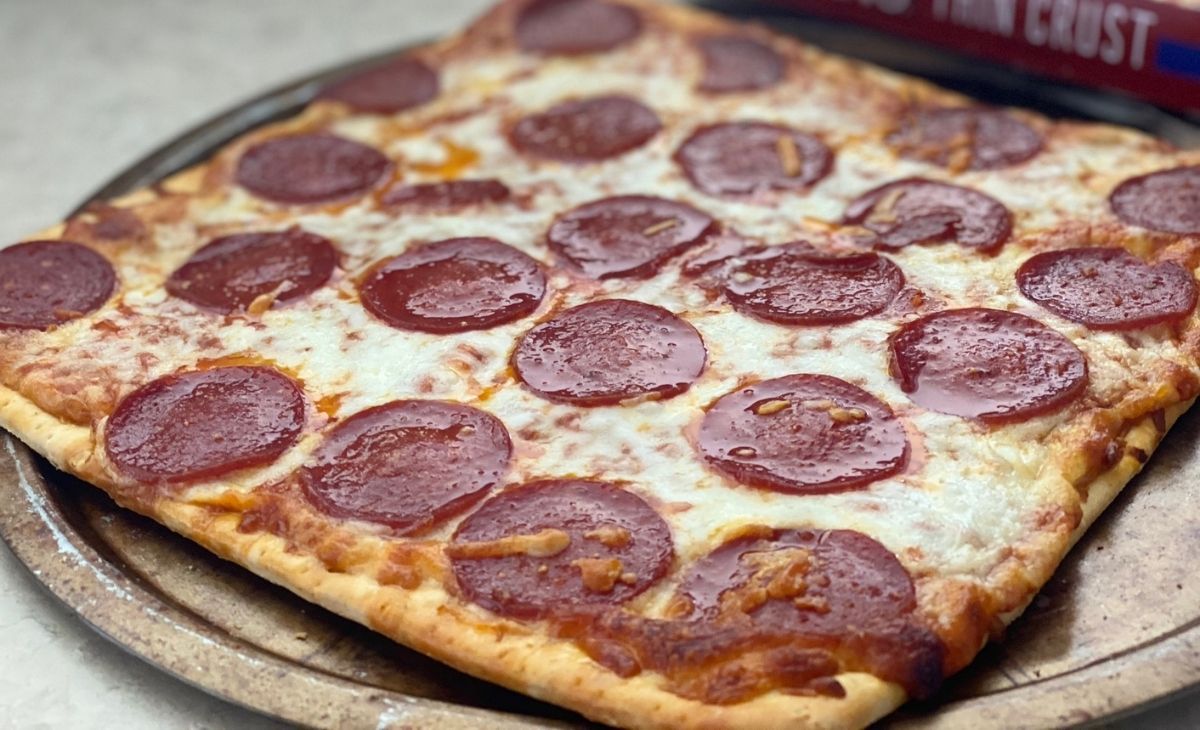 The amount of cheese and pepperoni slices was just right, and the crispy crust was perfection. The sauce was also really tasty and had a touch of sweetness to it. My kids loved this pizza and I would definitely buy it again even though it’s $1-$2 more expensive than competitor brands. Well done DiGiorno! 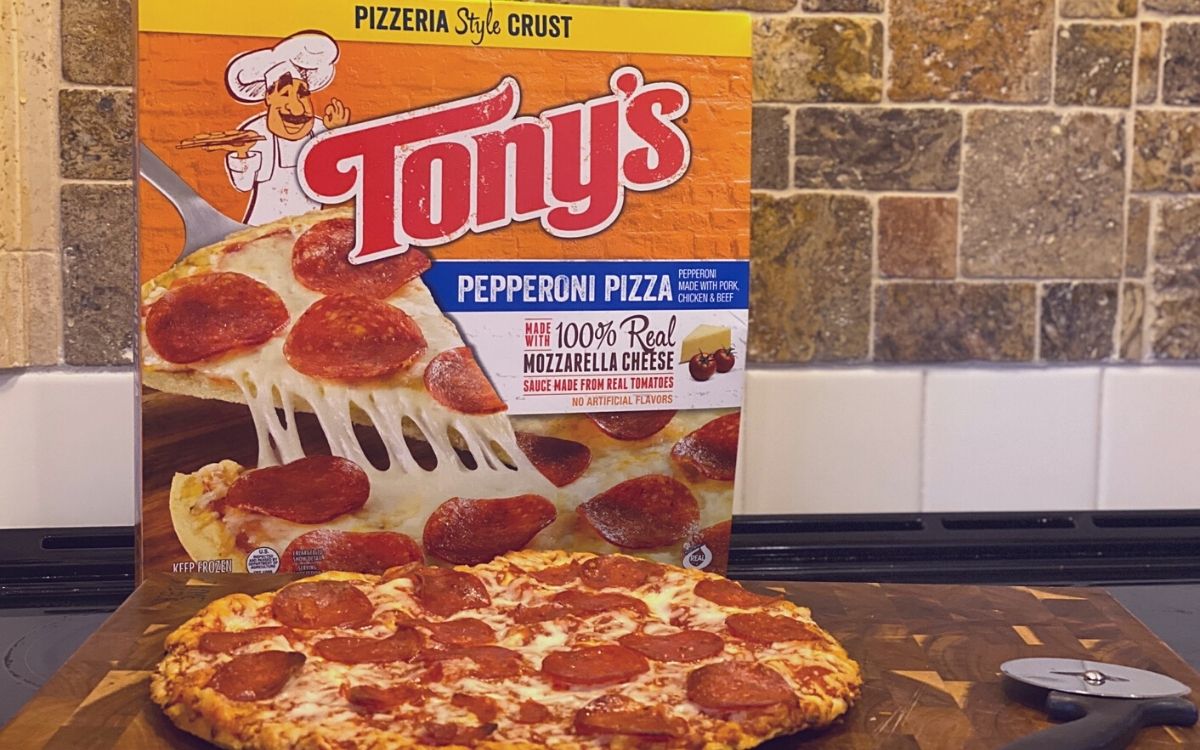 Tony’s frozen pepperoni pizza reminded me of the Jack’s brand a little bit as it was also lacking in cheese and loaded with sauce that was very overpowering. It was rather unappealing coming out of the oven and although the dough was thicker than some of the other thin-style pizzas, I just couldn’t get past the sauce situation as I thought it was WAY too much. 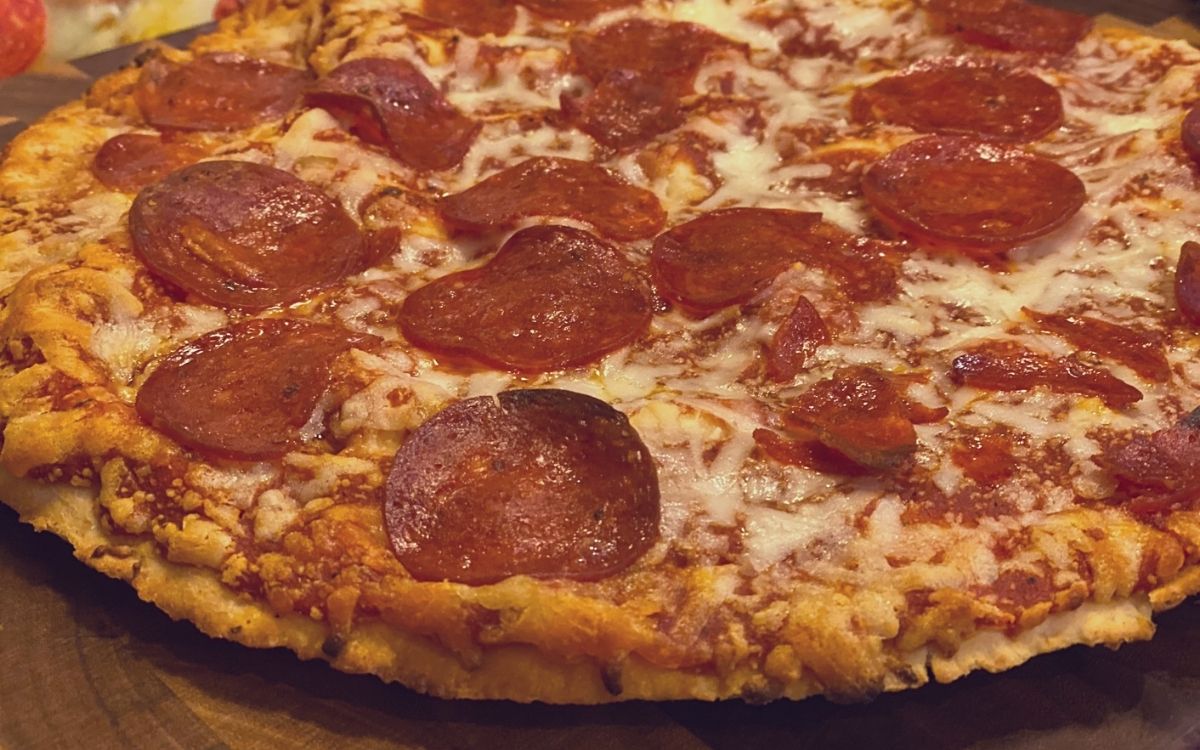 This wouldn’t be my first cheap frozen pizza recommendation (or even second or third), but if you like your pizza very saucy, then this one might do it for you! 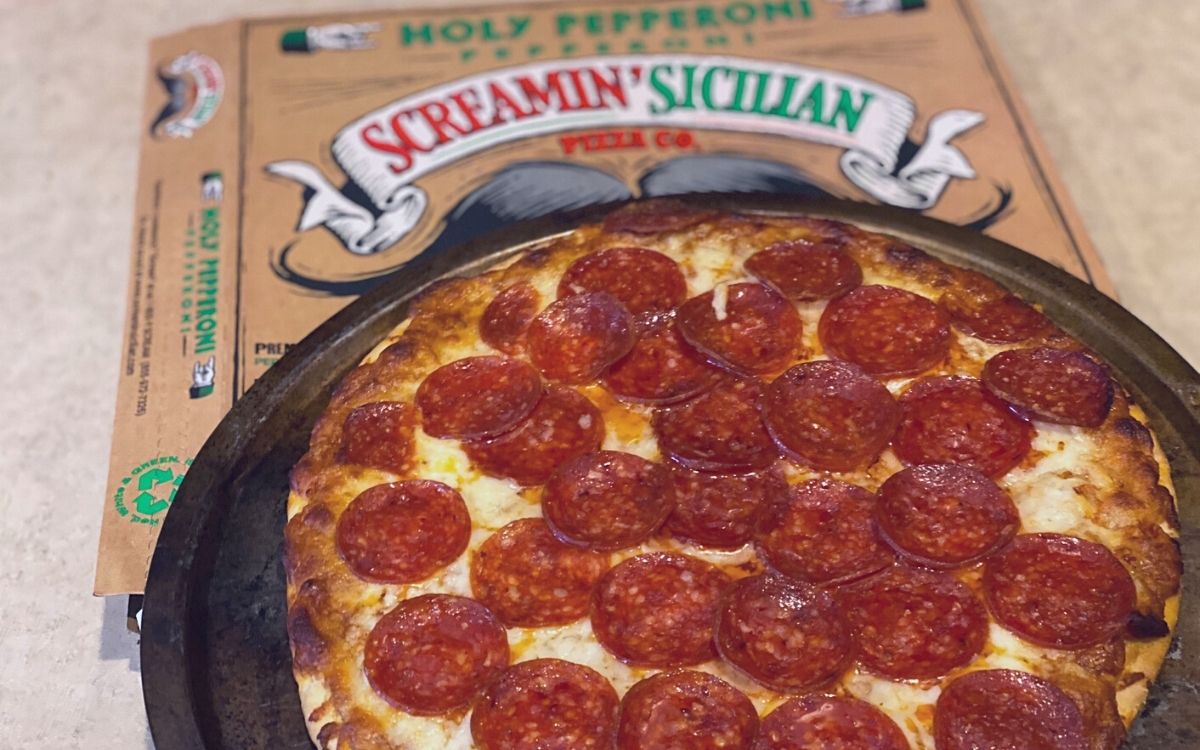 Now we’re talking! Screamin’ Sicilian’s pepperoni pizza was super delicious and had everything that I want in a pepperoni pizza–a flavorful and distinct sauce that was slightly tangy, no shortage of pepperoni slices, and more than enough cheese. 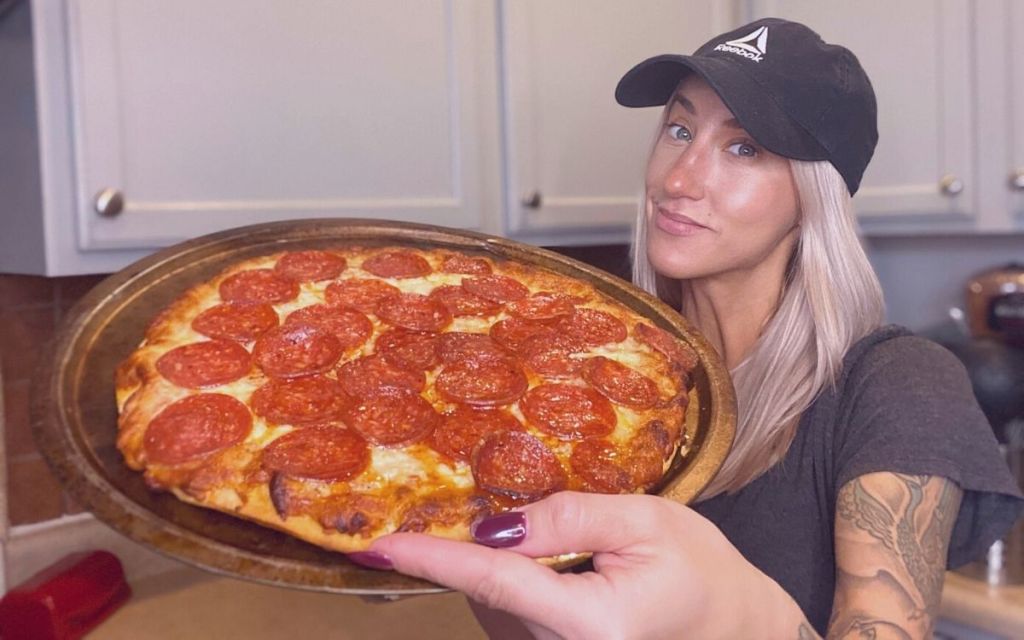 It looked very appetizing coming out of the oven and was even better at first bite. While it’s not the most budget-friendly frozen pizza, I’m definitely a fan of this brand and like a few of their other pizza varieties too. 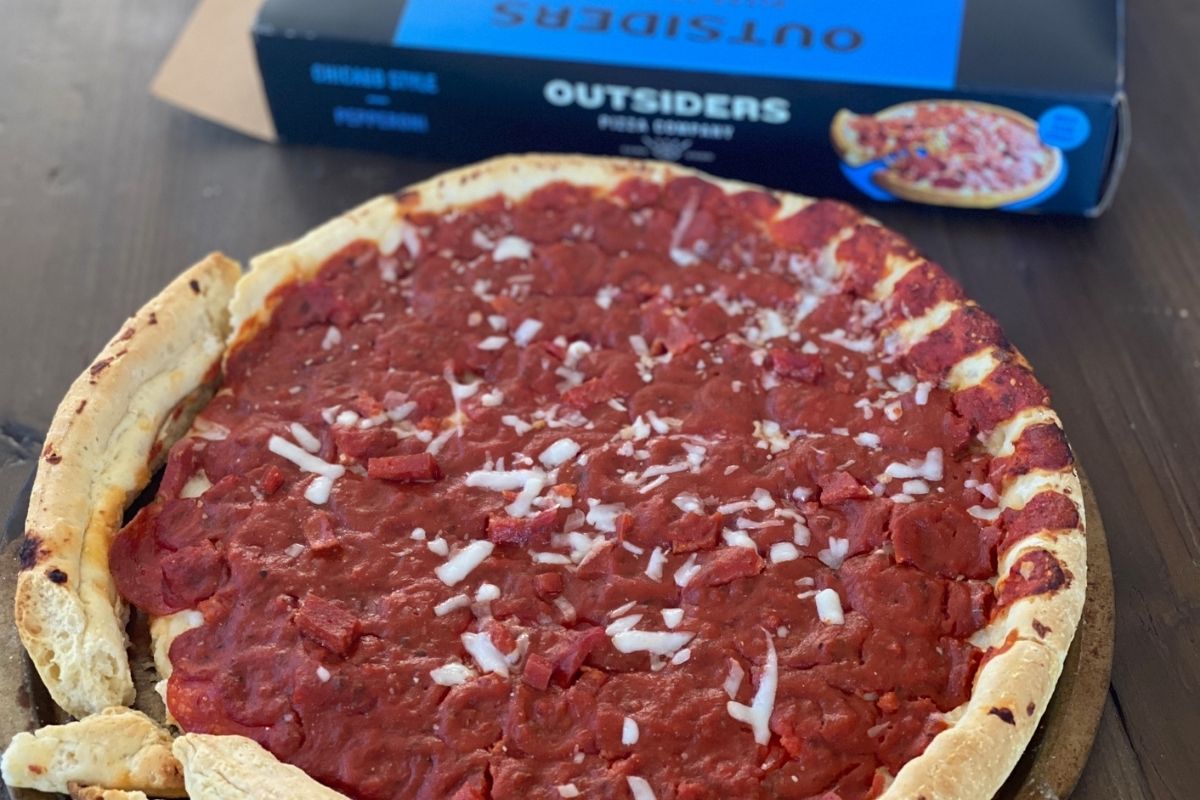 I was really looking forward to Outsider’s frozen pepperoni pizza as I had seen this brand on a couple of lists of highly-rated pizzas, but my husband, kids, and myself all agreed that this pizza was definitely not worth the high price and I don’t think I would even buy it if it was half the price. 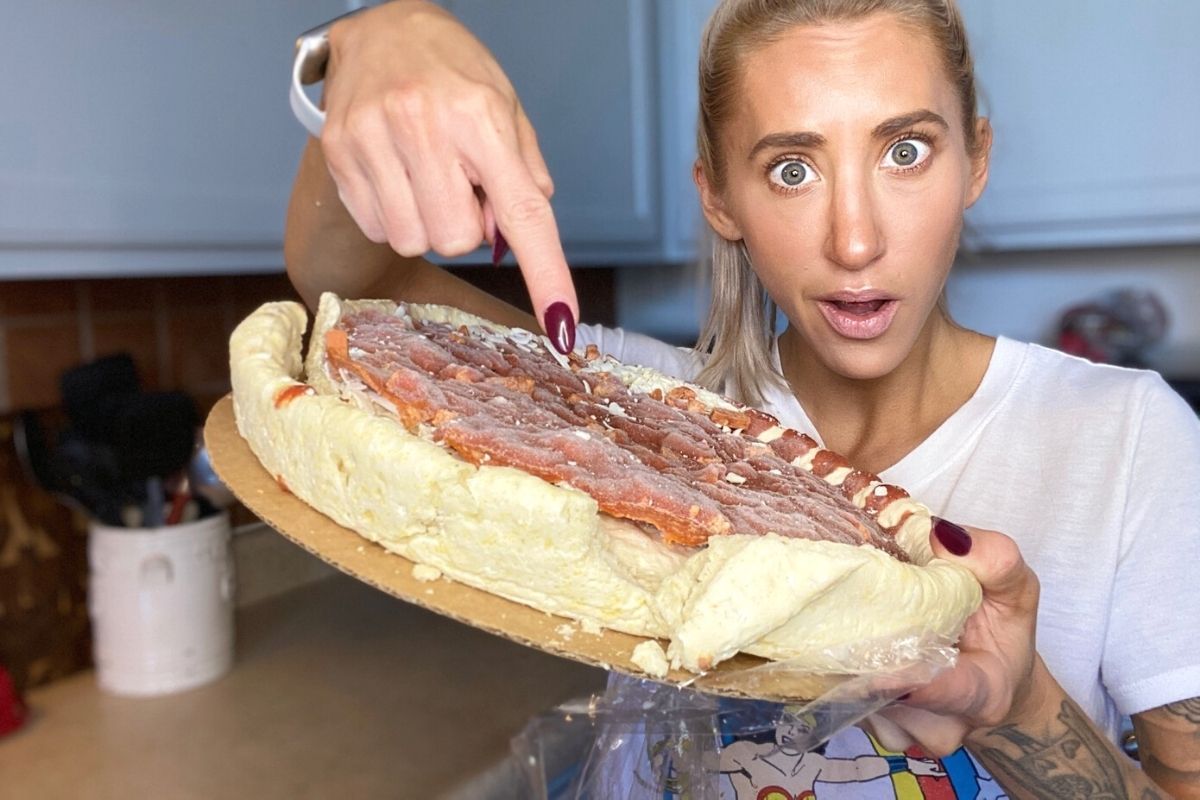 The pizza style is very different as the sauce actually sits on top of the cheese and pepperoni (which I didn’t mind because it’s all going to taste the same in my mouth) but woah, this pizza was swimming in sauce. We couldn’t even taste the cheese because there was so much sauce. Plus, look at that crust! It was broken and crumbling before it even made it into the oven, which was very disappointing considering how much it cost. 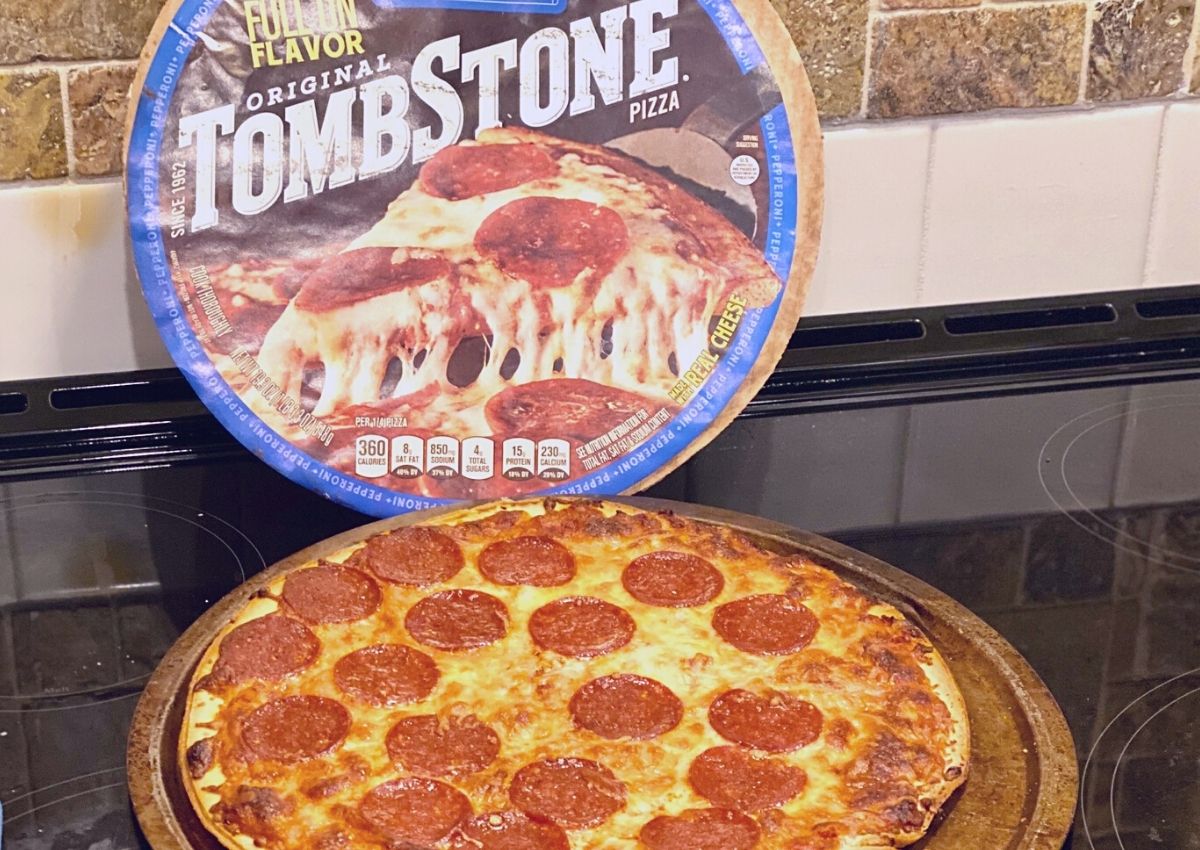 Tombstone is another super affordable brand that you’ve probably seen at your local grocery store next to the Jack’s and Tony’s brands. There’s wasn’t anything very special about the frozen pepperoni pizza we tasted, but I did like it more than the other similar brands we tried. 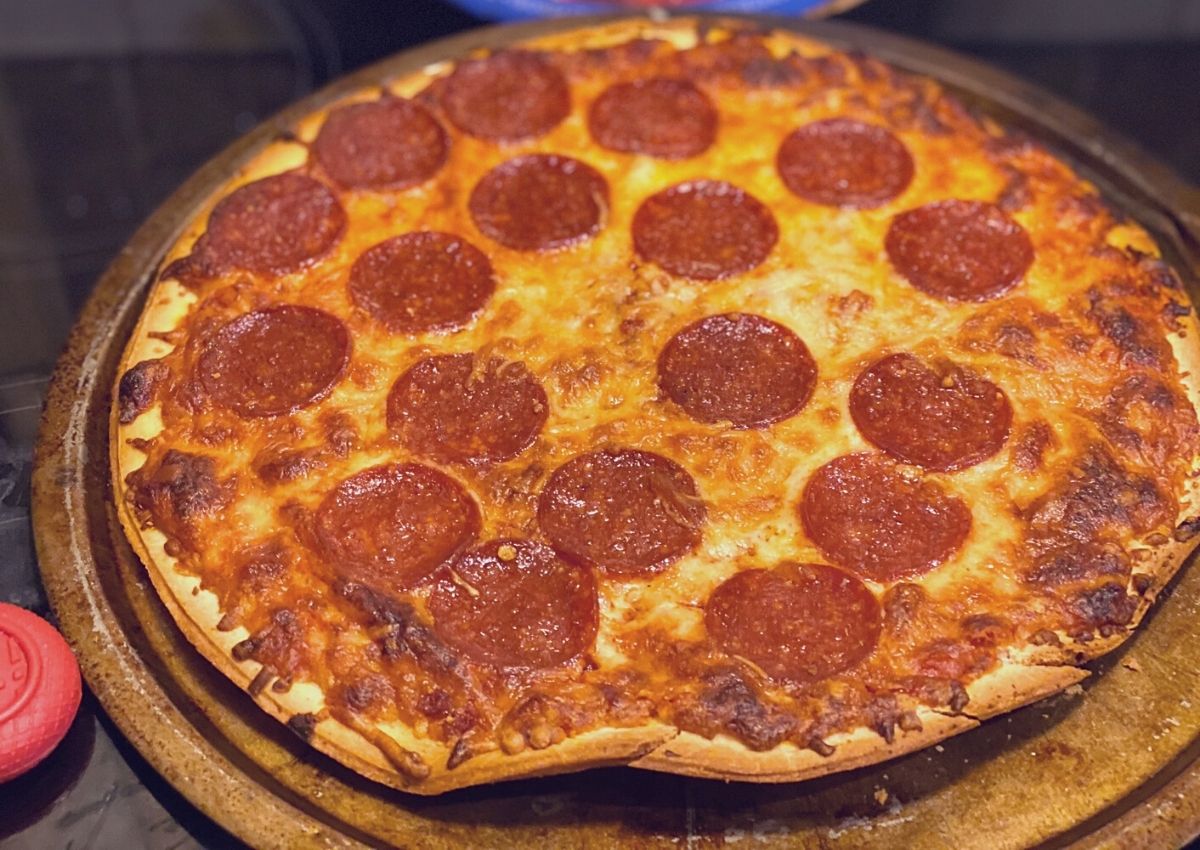 There was a decent amount of cheese and pepperoni slices and the crust was thin and crispy. It did come out of the oven looking a little lopsided and slightly overcooked so it wasn’t the most impressionable frozen pizza but it didn’t taste too bad overall, especially for the price. 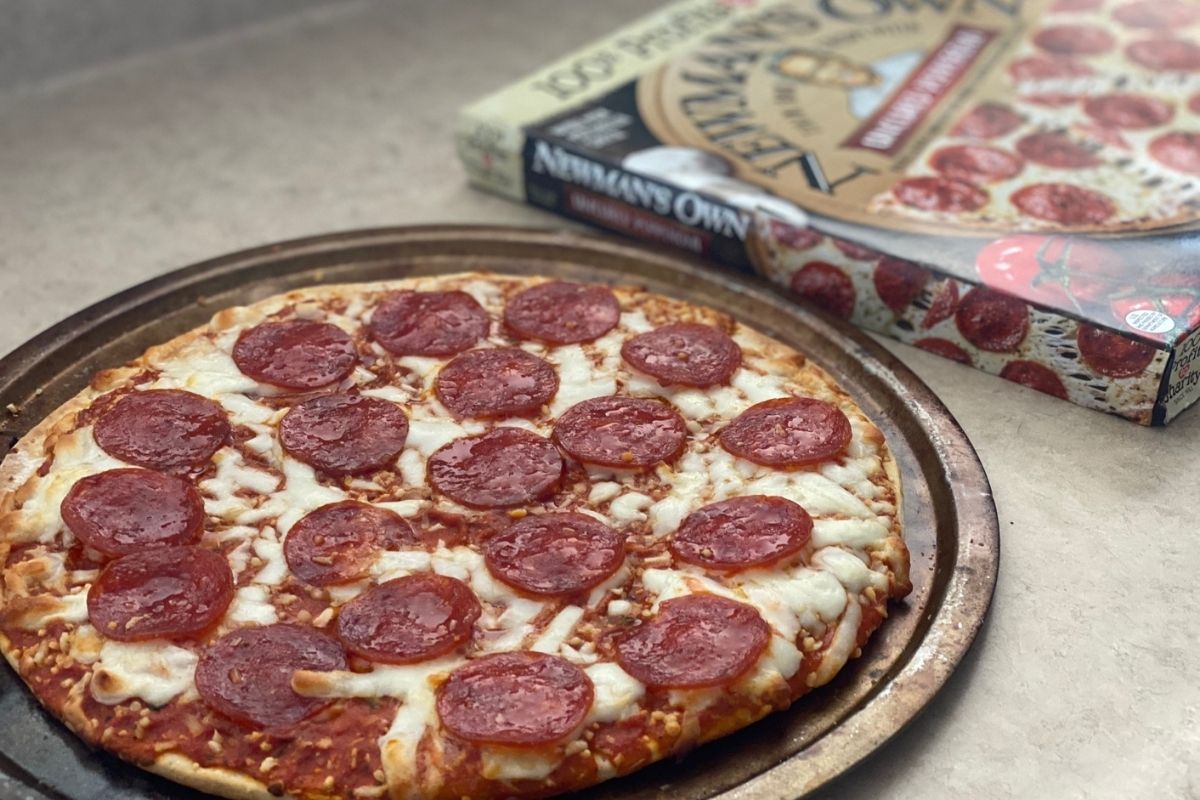 Surprisingly, this was a frozen pepperoni pizza brand that I’ve never tried before so I was curious how it would compare to the other popular selections we tasted, and with the $6 price tag, I figured it had to be pretty good. 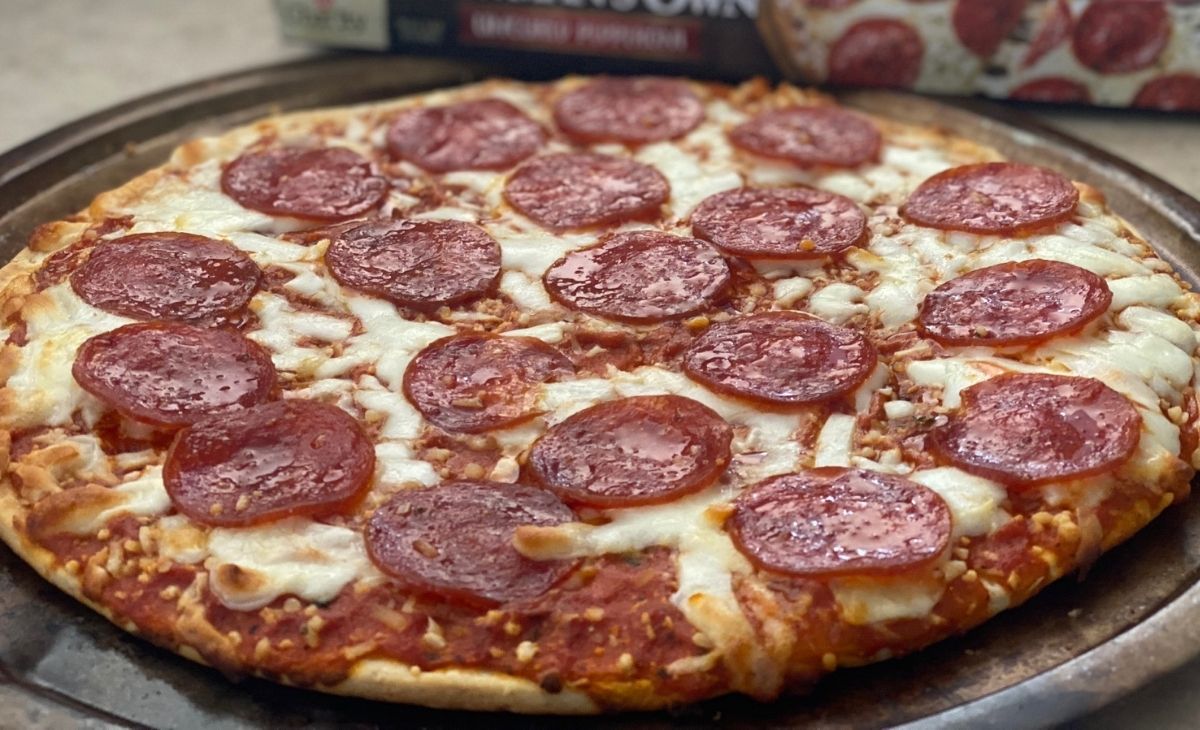 As soon as I saw the herbs sprinkled over the top of the pizza, I thought for sure my kids would hate this one. They’ve never been a fan of oregano and Italian seasonings, but they didn’t have any complaints at all after finishing their first slice. They actually asked for more!

I have a feeling it was due to the sweetness of the sauce, which I happened to like as well and while I wanted the cheese to be more plentiful and melted, this pizza still stood out amongst some of the other brands. 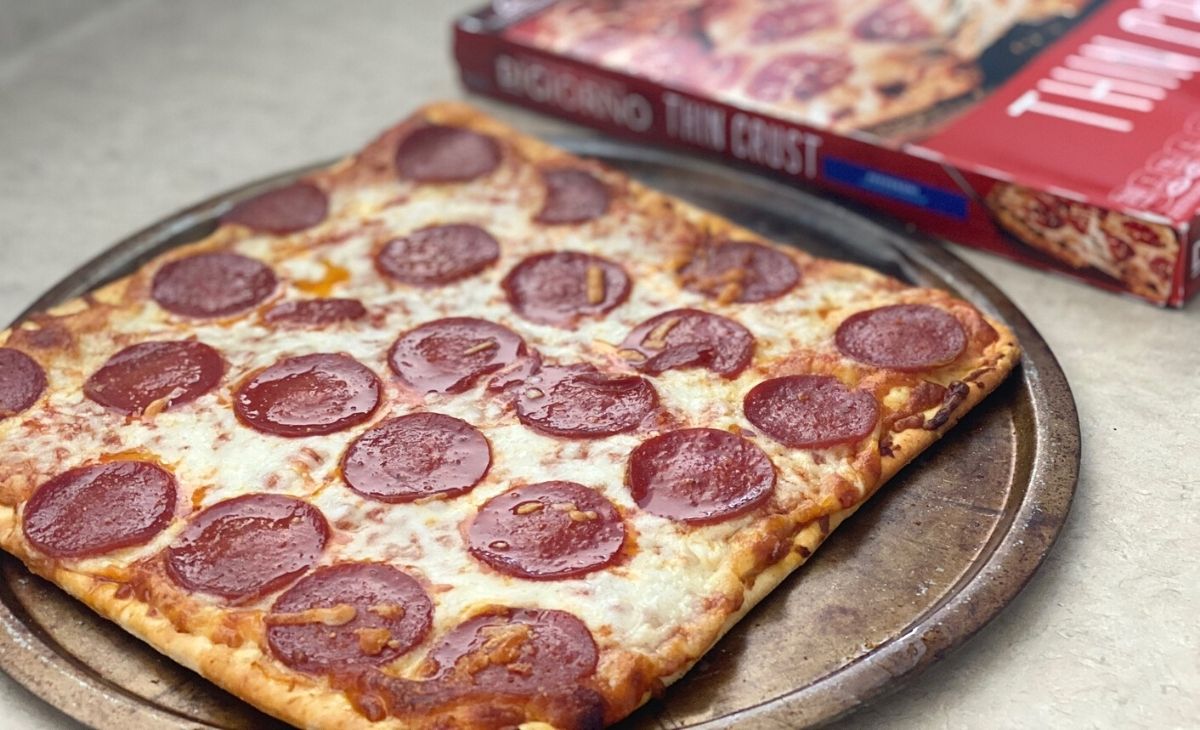 When it comes to frozen pizzas, price doesn’t always = quality.

And the best frozen pepperoni pizza award goes to… DiGiorno! Excellent flavor, great impression fresh out of the oven, and relatively cheap. This just goes to show that price doesn’t always dictate quality or flavor (looking at you Outsiders 🤨)

Of course, we all have different taste preferences and any pizza is better than no pizza in my opinion! We’d love to hear which pepperoni pizzas rank the highest on your list so please share some of your favorites!

My $1 Scrub Daddy Dupe from Dollar Tree is 70% Less Than The Original! 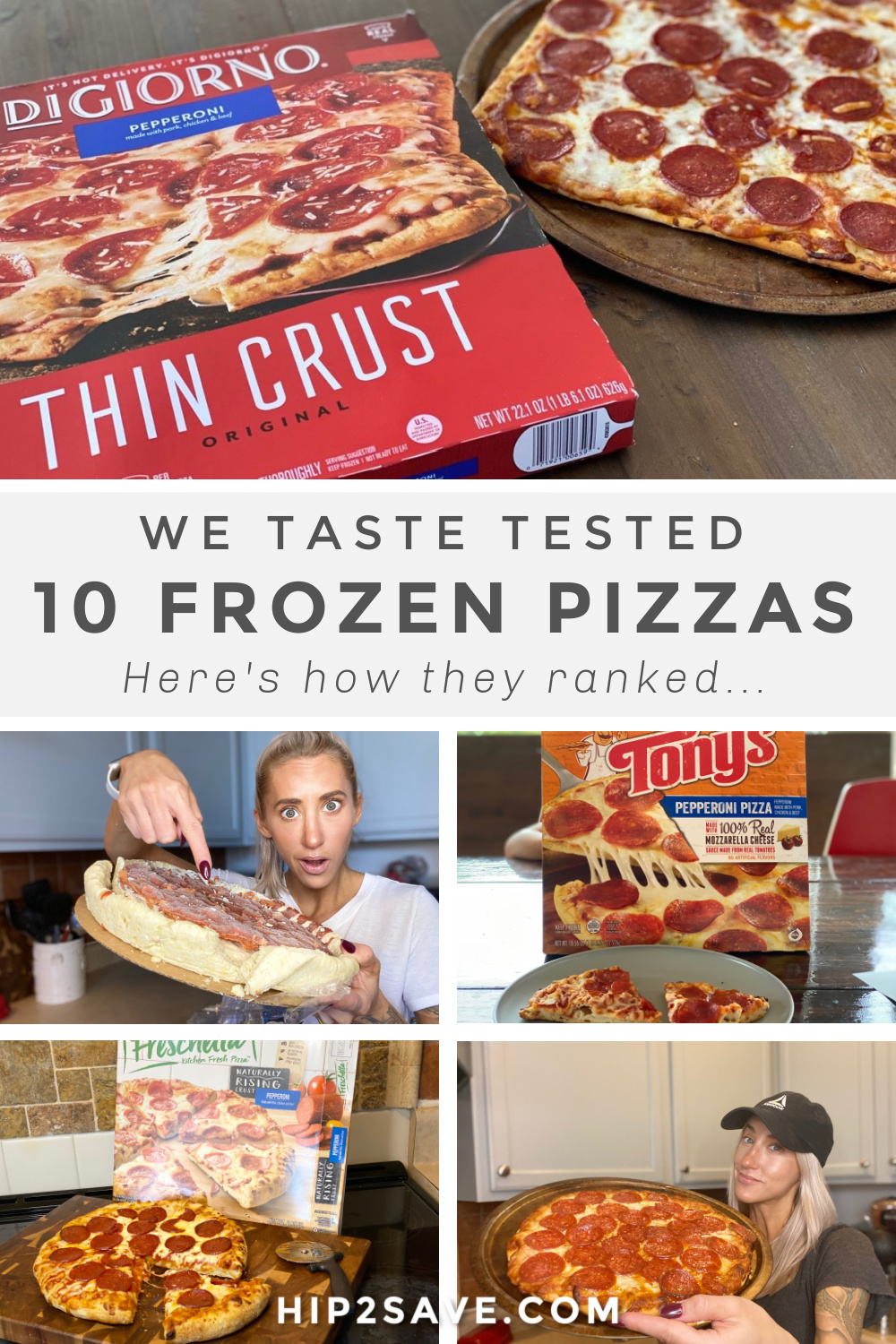